Send in the Tanks!

The finishing touches are being applied to my long running Stalingrad project and a collective sigh is released. There are a few more German vehicles to paint, but these three are a big chunk of that goal. Collectively it is a tank company of the 36th Panzer Regiment, and consists of one Panzer IVG along with two Panzer IVFs. Here is the Panzer IVG: 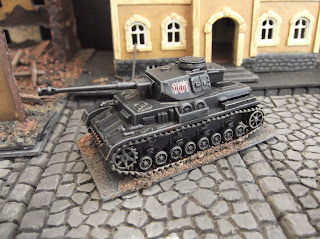 They are all Plastic Soldier Company kits, and as usual with PSC are excellent. I built a set of PSC's PZ IVs years ago, so it was nice to be able to revisit the kit: 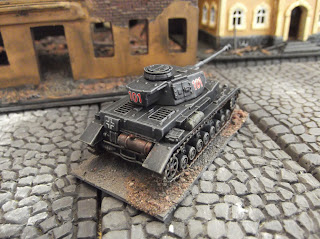 And the two Panzer IVFs, which make up the other part of the unit: 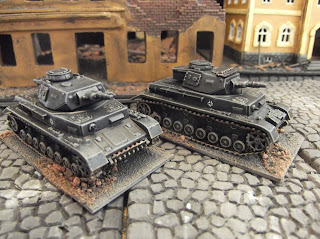 The tracks gave me a little difficulty, but it was just a case of dry fitting them before gluing and they ended up all OK! I added PSC stowage to the three tanks and that was them finished! 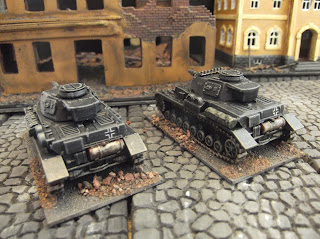 All three together make up half of the 36th Panzer Regiment's tanks, so we are pretty close to finishing the entire project now! 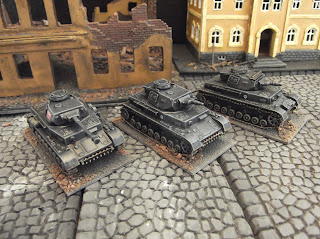 The rubble I used on the bases of these vehicles can be found for sale HERE on EBay, if you are interested: