More Stalingrad goodies!! This time, it's the German support weapons. I couldn't wait to get these painted and the first one I completed was the huge 15cm sFH 18. This model came from Command Decision, and is a lovely kit. However, after I had ordered it, I realised that I needed two for the Rapid Fire! lists... D'oh! This has been a reoccurring theme for this project, I order something then realise that I need more of them. No wonder it is taking so long to complete...  Anyway, enough moaning here is the 15cm gun: 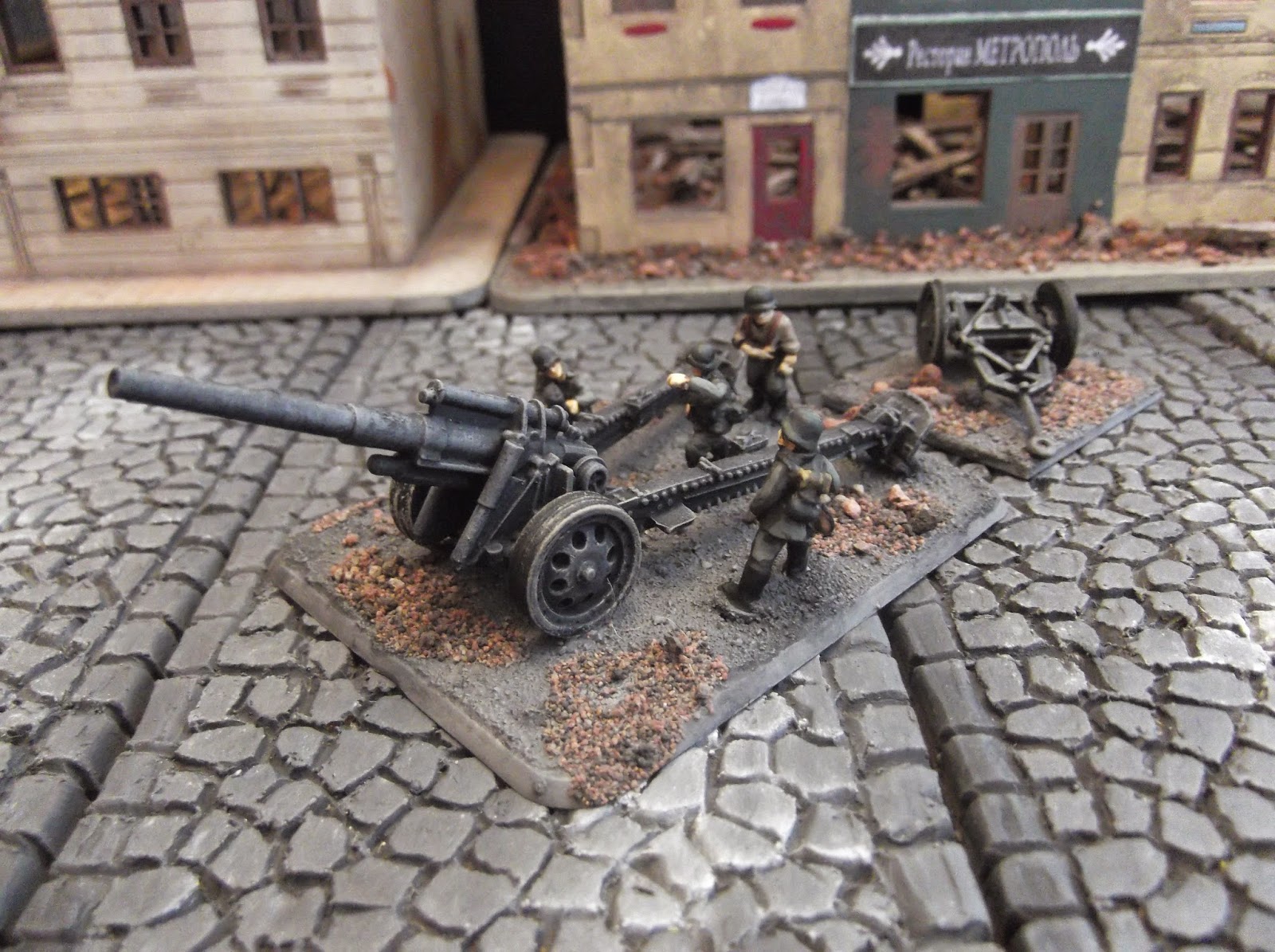 Maybe it's a little too big for the tabletop, but it's on the list, so it goes in the project! 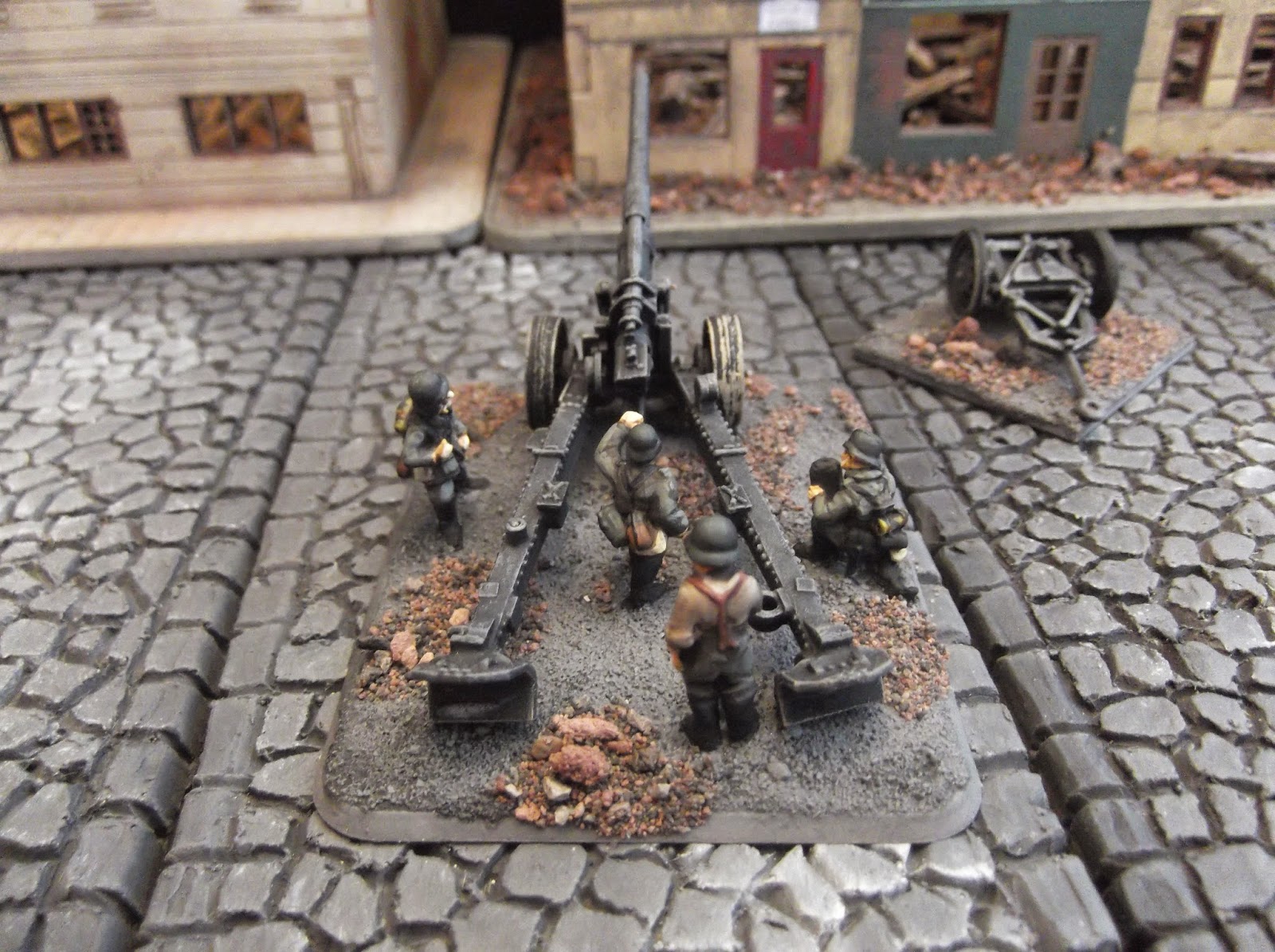 The crew are a mix of Peter Pig and Command Decision, some spares I have left over. 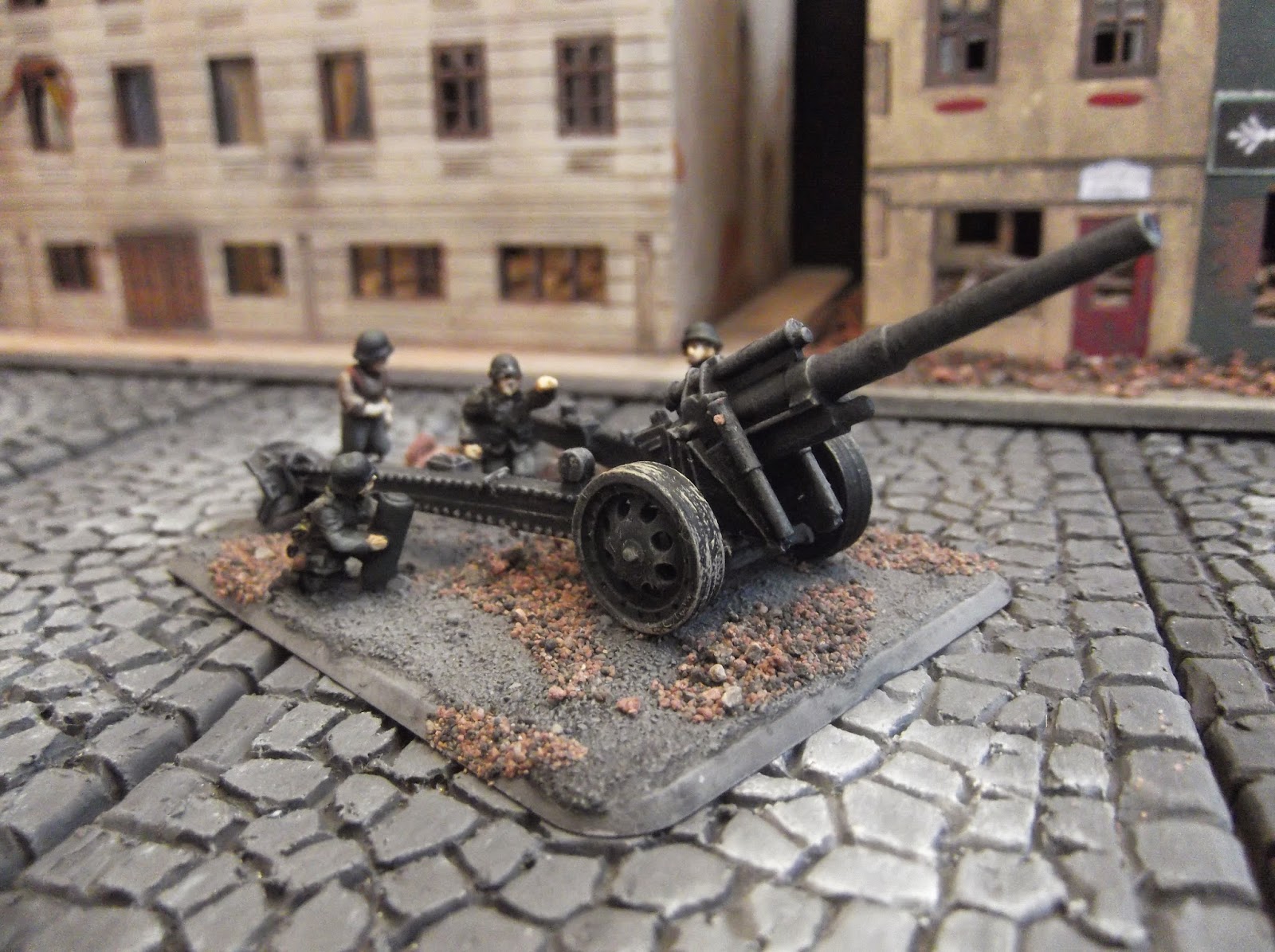 It's an immovable beast and requires a horse towed unit to pull it, however, these are way down my list of immediate needs. I think one day the horse towed stuff will form part of the project, but I can't really find any suitable models in 15mm at the moment. Any advice would be useful.
Speaking of ordering the wrong thing, here is a SdKfz 251/17, also by Command Decision. I ordered this as part of the Stalingrad project, as there is a 20mm SP listed in the Stalingrad scenario. 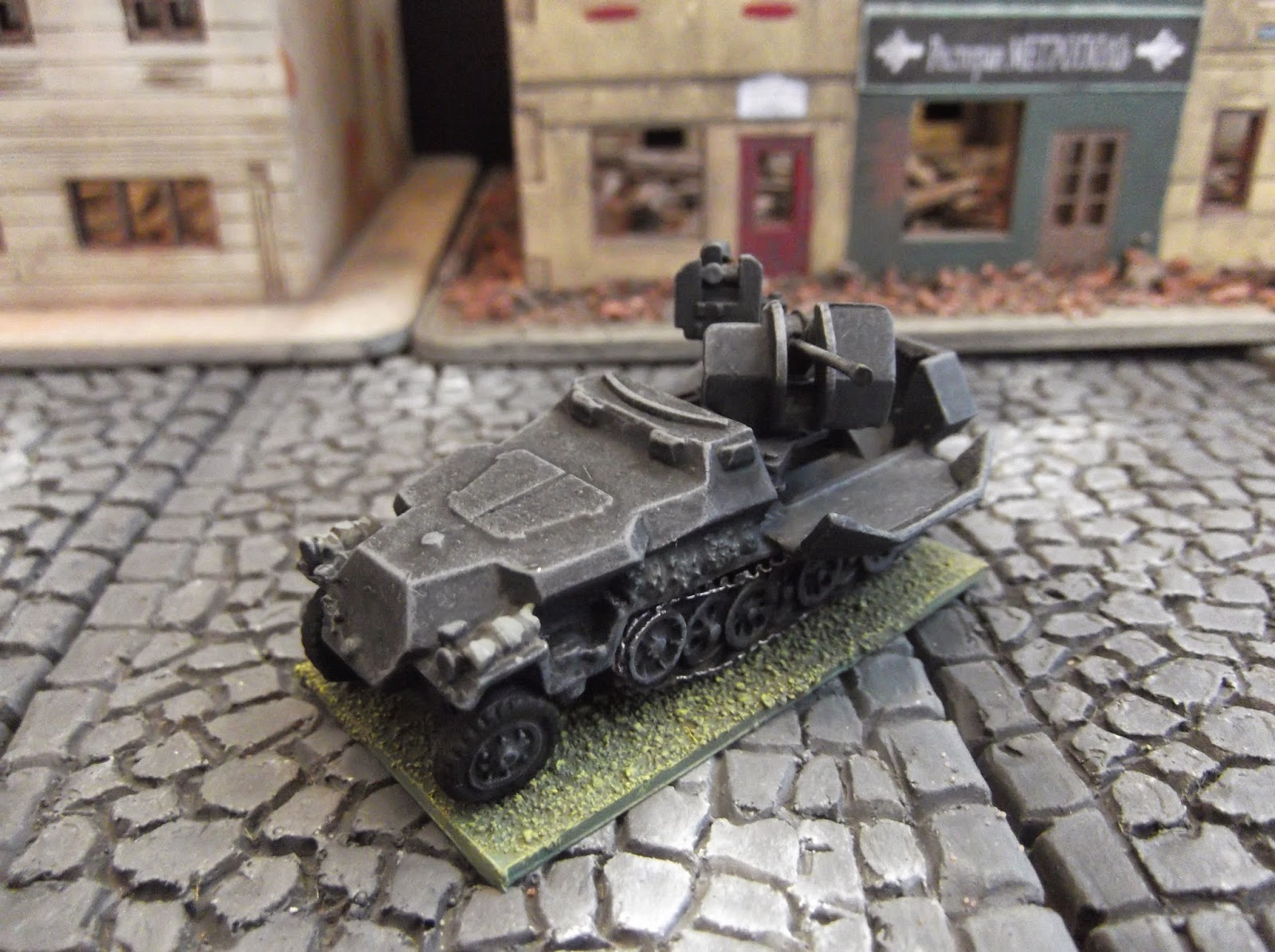 However, when it arrived, I decided to do some research on it (why I didn't do it before ordering, I'll never know...). I actually needed the Sd.Kfz. 10/4 SP gun instead of this armoured version. It turns out only ten of the halftrack versions were made and all of them went to the Hermann Goering Division and never even saw as much as a brick from Stalingrad! In Rapid Fire! terms, this single vehicle represents half of the entire war-time production run! So I mounted it on a grass coloured base and will use it in my mid-war German forces, all is not lost. 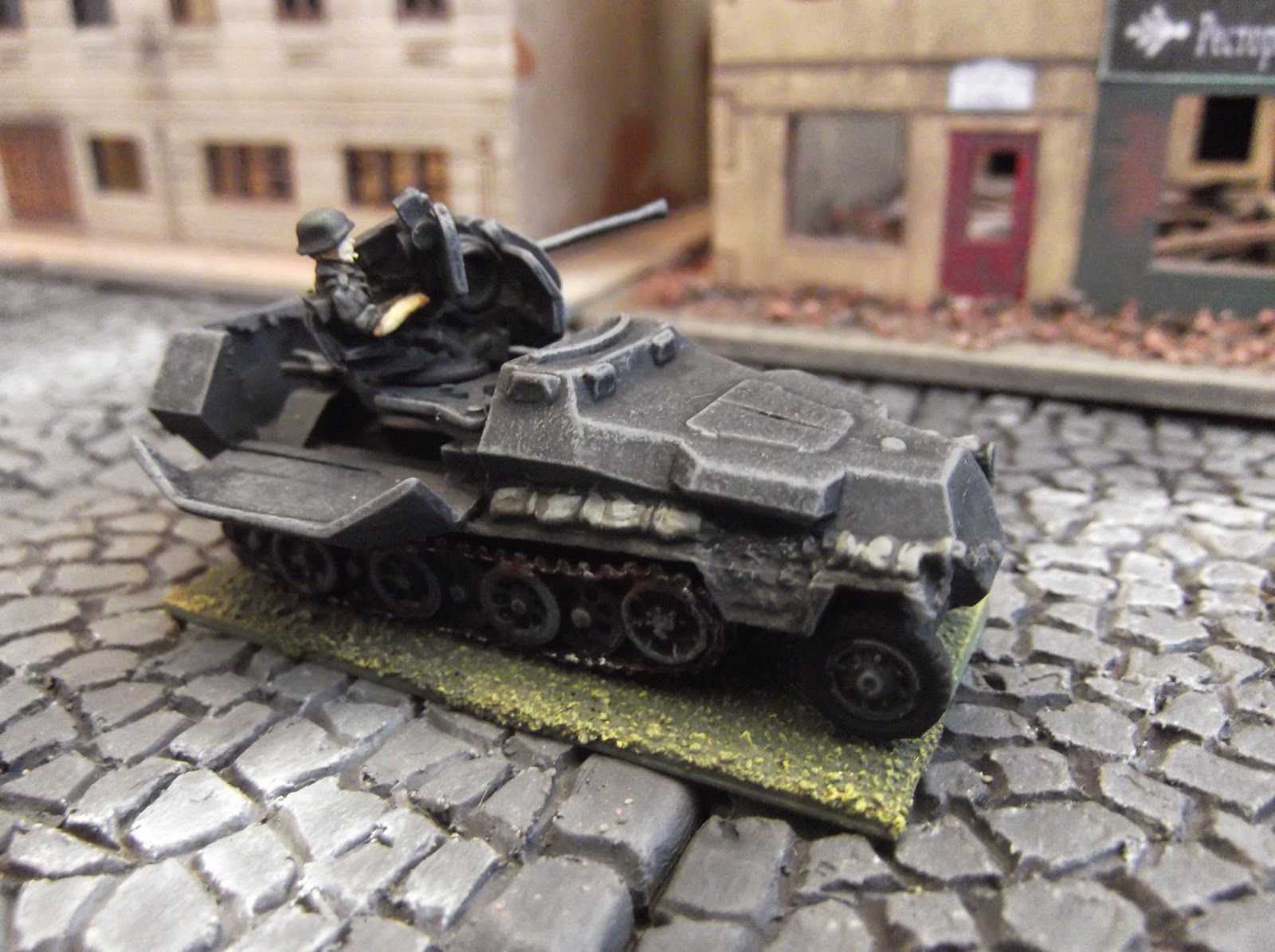 As I said, these stumbling blocks keep appearing and making this project a little bit longer each time. But I persevere and one day I will be finally finished!

Lastly, I am selling bags of the rubble that you can see on the base of the gun. It comes in three colours, Black/Grey, Dark Brown and Brick Red. Have a look at my EBay for more details HERE.