Back to the Front

Having been back a couple of weeks, I have been able to continue plugging away at the Stalingrad project, which I am all sure you are very familiar with now...

Before I left for America, I was able to shell out for some of the extra vehicles that I still needed. The first thing I completed on my return was this StuG IIIb, by Zvezda. It is the other half of the 244th Assault Gun Battalion, which is also made up of the StuIG 33b, which I painted last September... Finally the unit is finished... It's only taken nearly ten months... 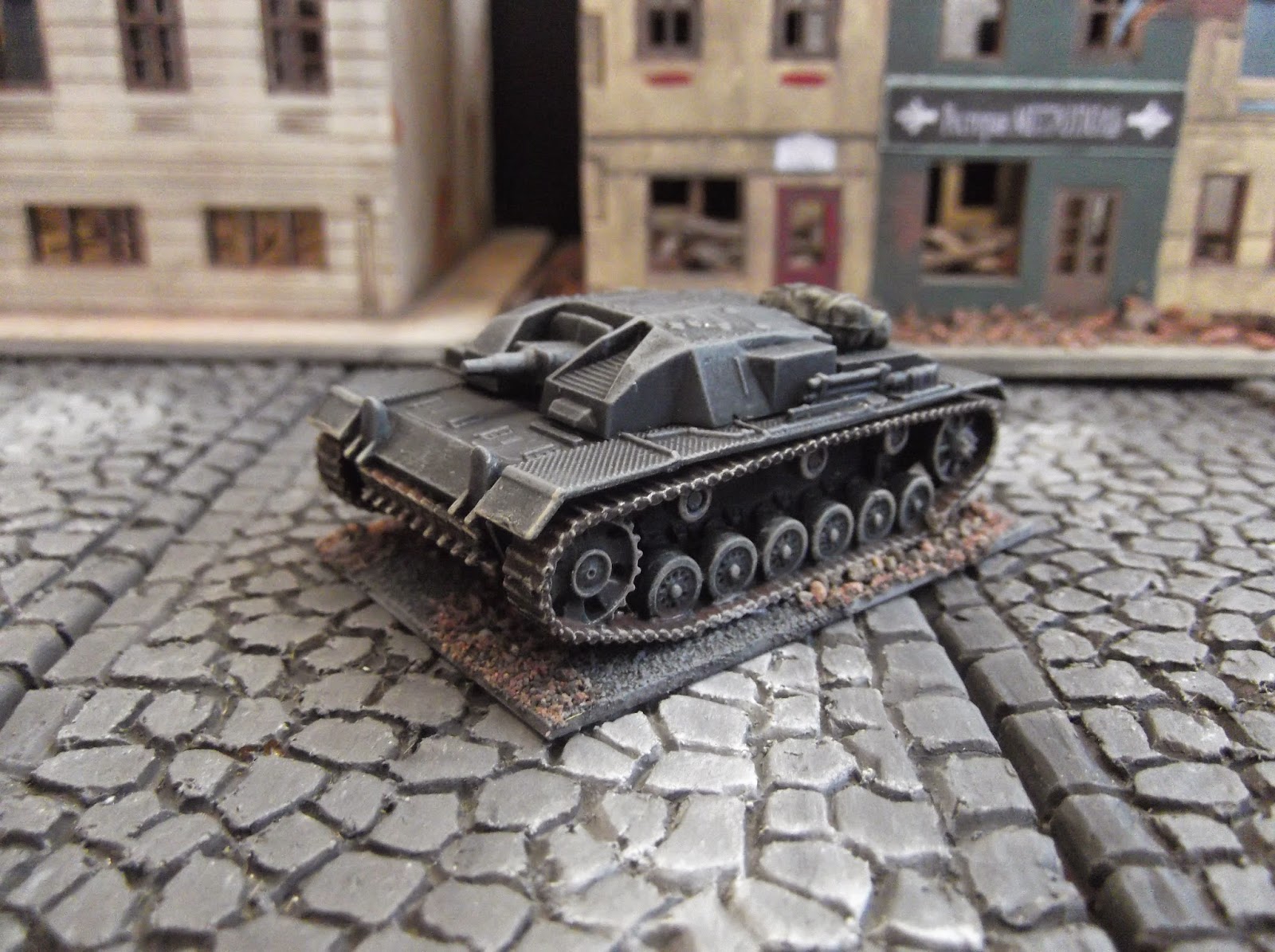 The stowage is from the Plastic Soldier Company's set of German stowage. 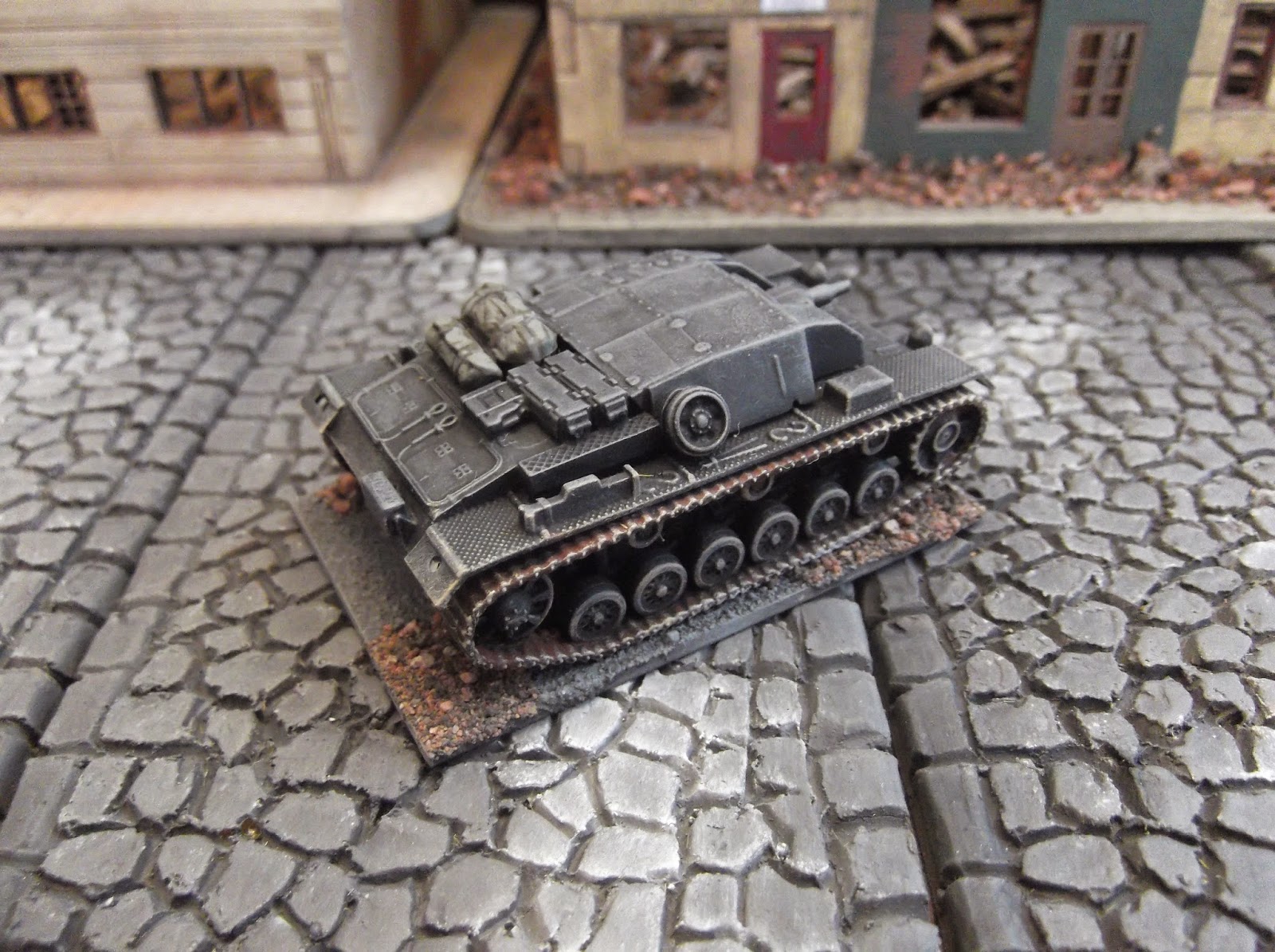 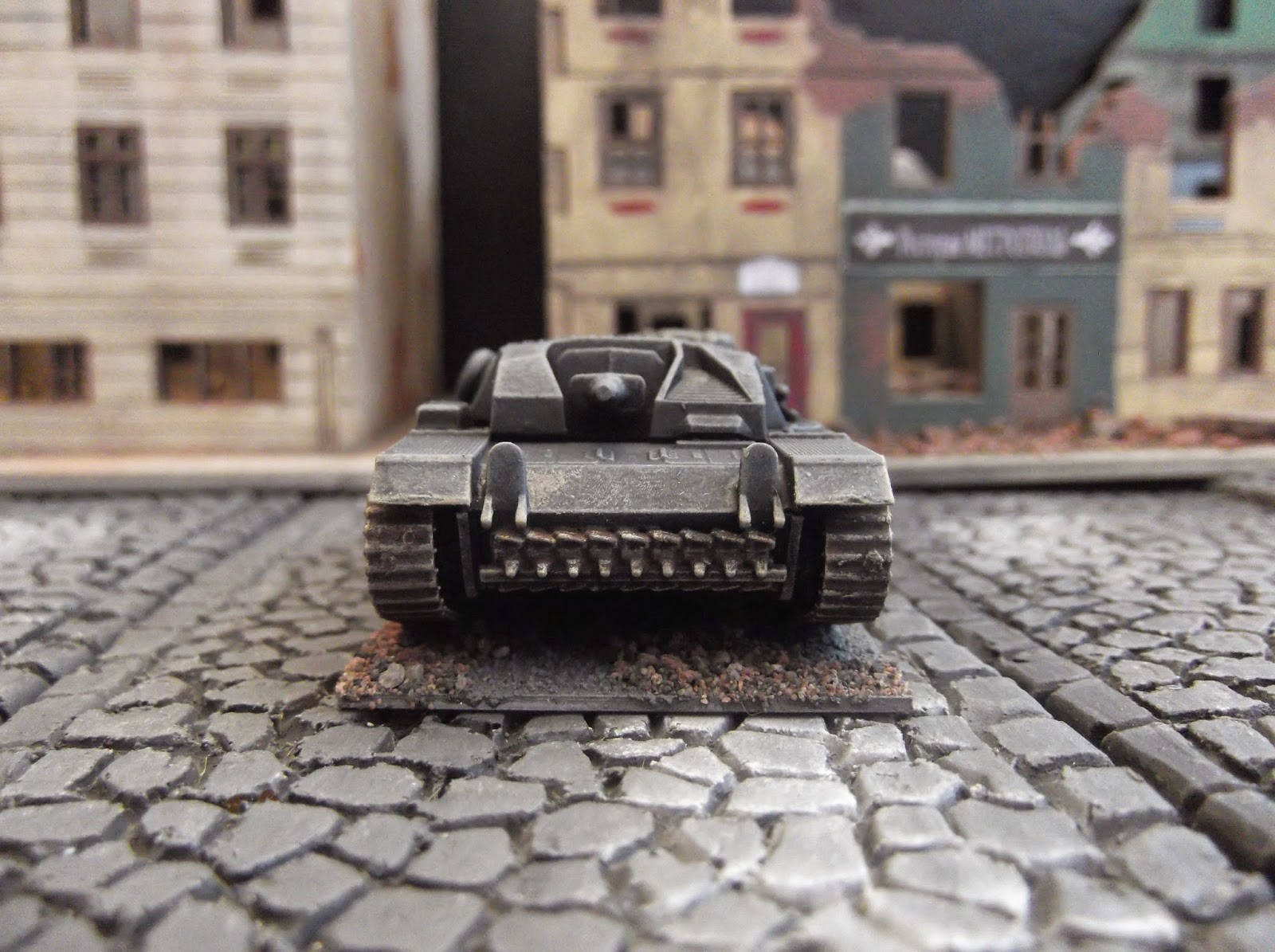 Also painted in this batch were two Opel Blitz trucks, also from Zvezda. These two are part of the transport for the 13th Panzer Engineer Battalion. They also have a Sdkfz 251/7 to whiz around the ruined city in, but that will come later. 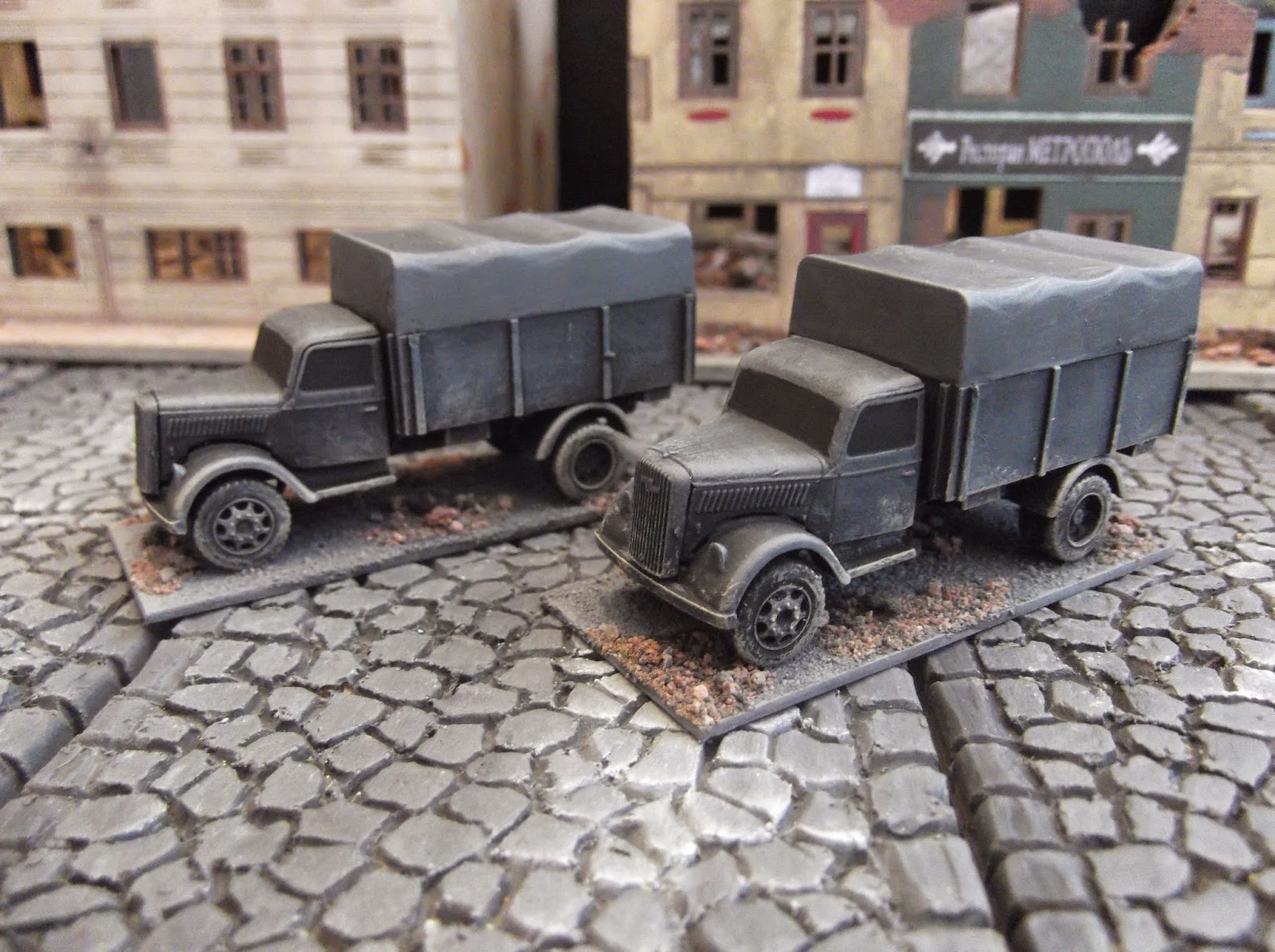 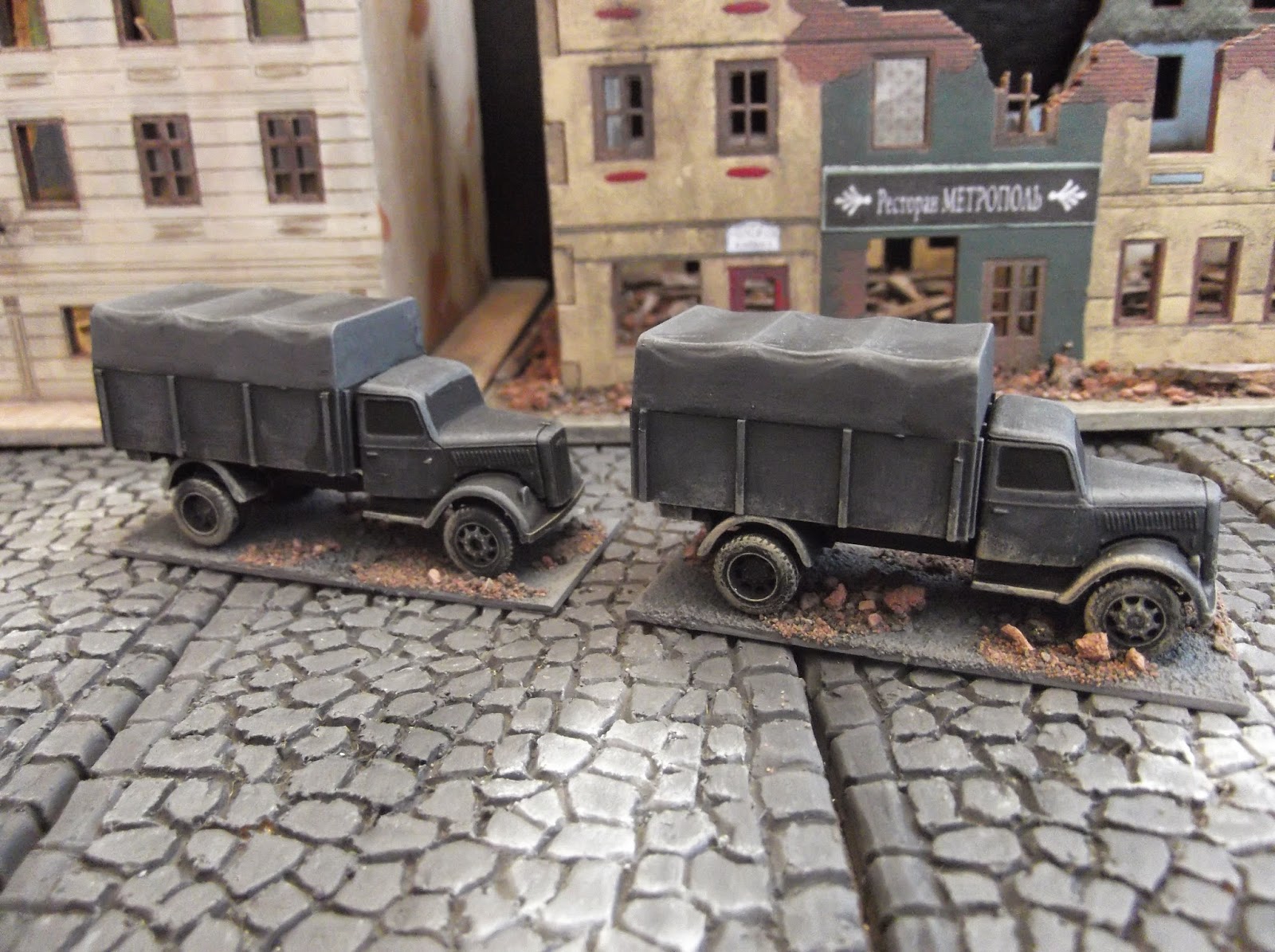 There is not much else to say about these vehicles, it's nice to get this project rolling again and I am hoping it won't be long before I can declare it finished!