Another year rolls around and brings with it Vapnartak 2015, hosted by the York Wargames Society at the salubrious surroundings of the York Racecourse. I went along with Ninjasaurus Rex, Dean and Dane, and here are some photos from the games that were on display.

This massive 18th Century vignette seems to be here every year, with slightly different set ups each time. However, it's always a joy to have a look at some of the infinite detail that is on the board. 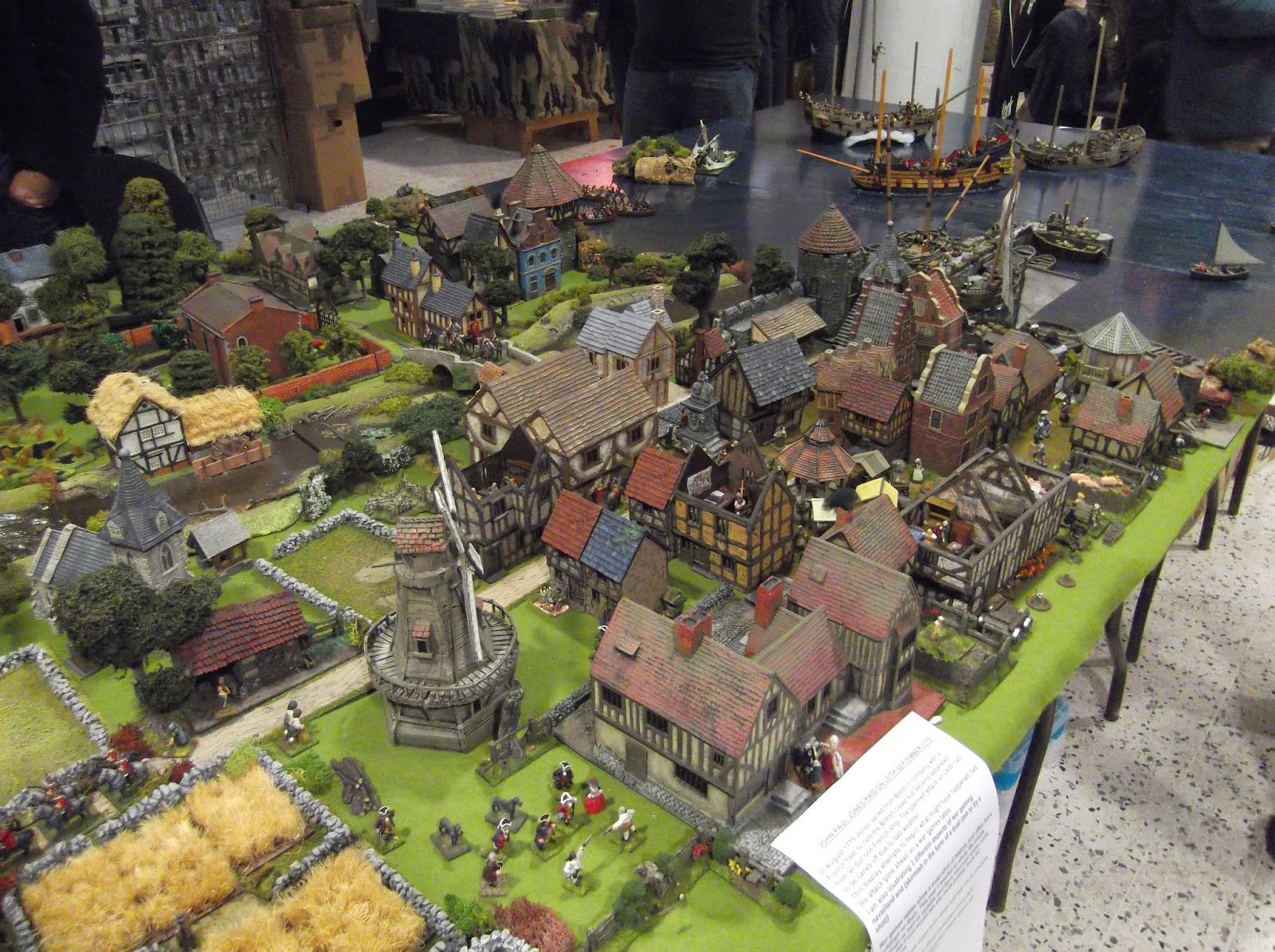 Like this astronomer, surrounded by his books and charts. 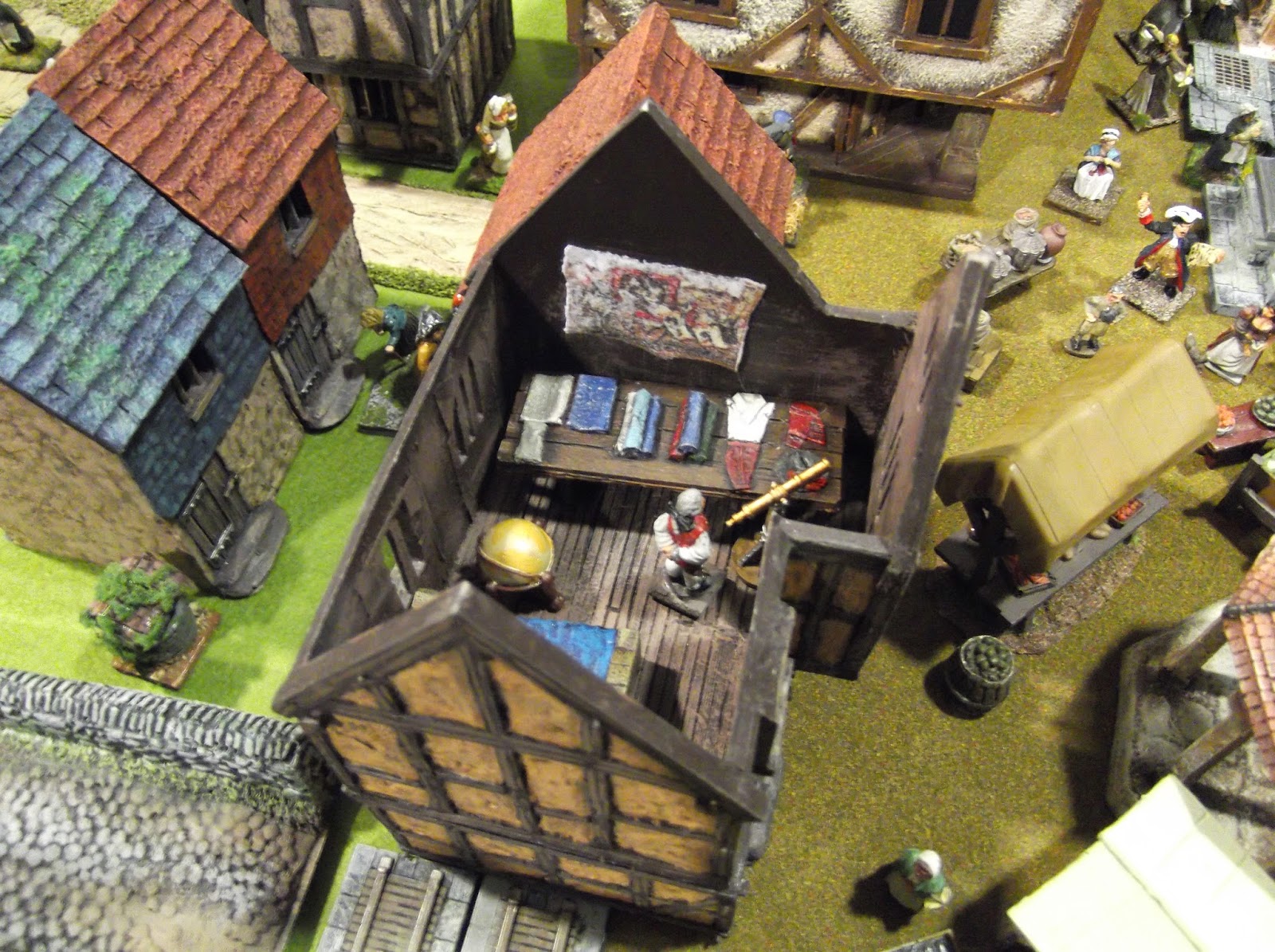 It must be a lifetime's work that has gone into this. 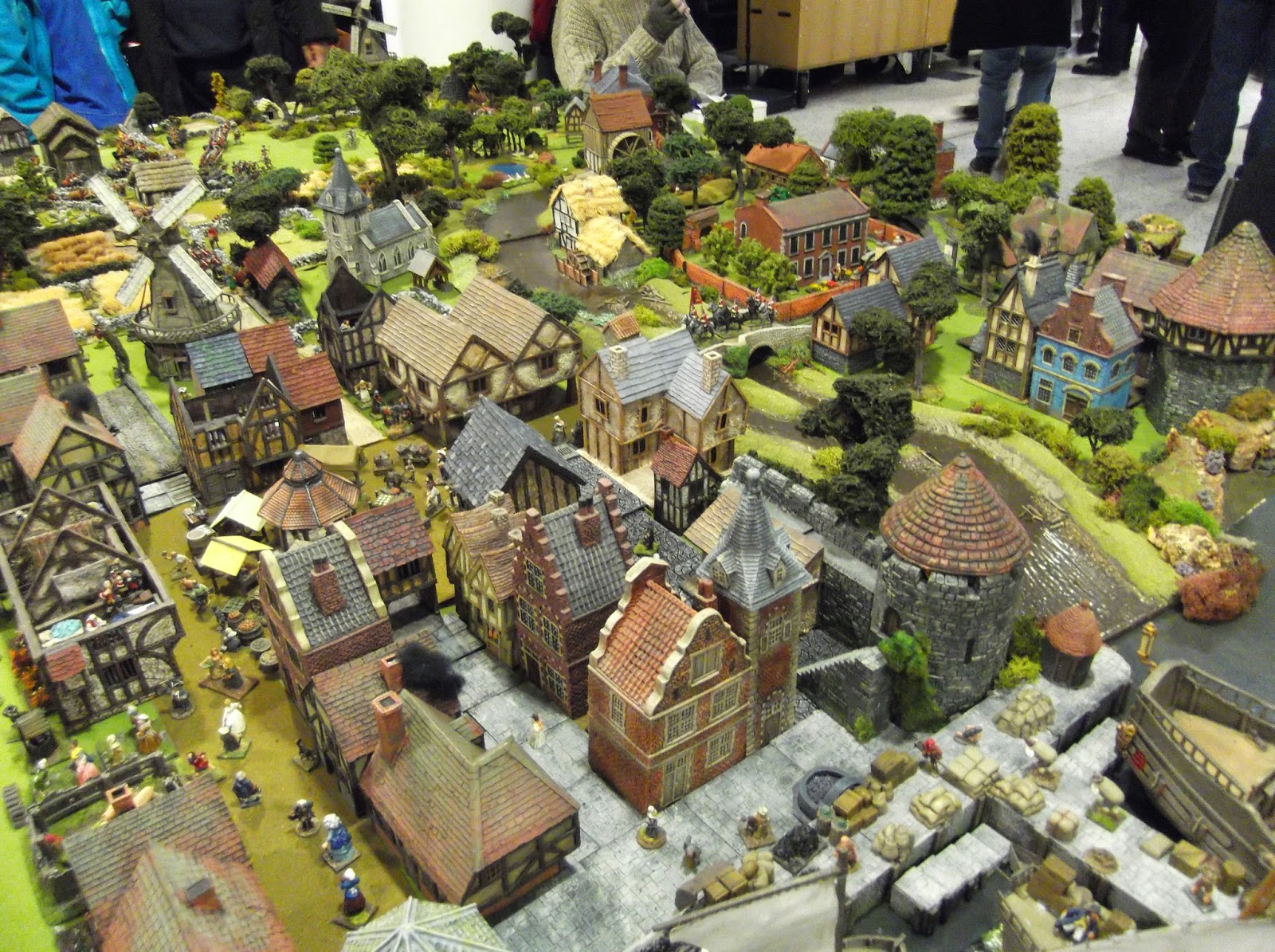 Close by was a large Sean of the Dead zombie game, played out in what looked like a typical British town. 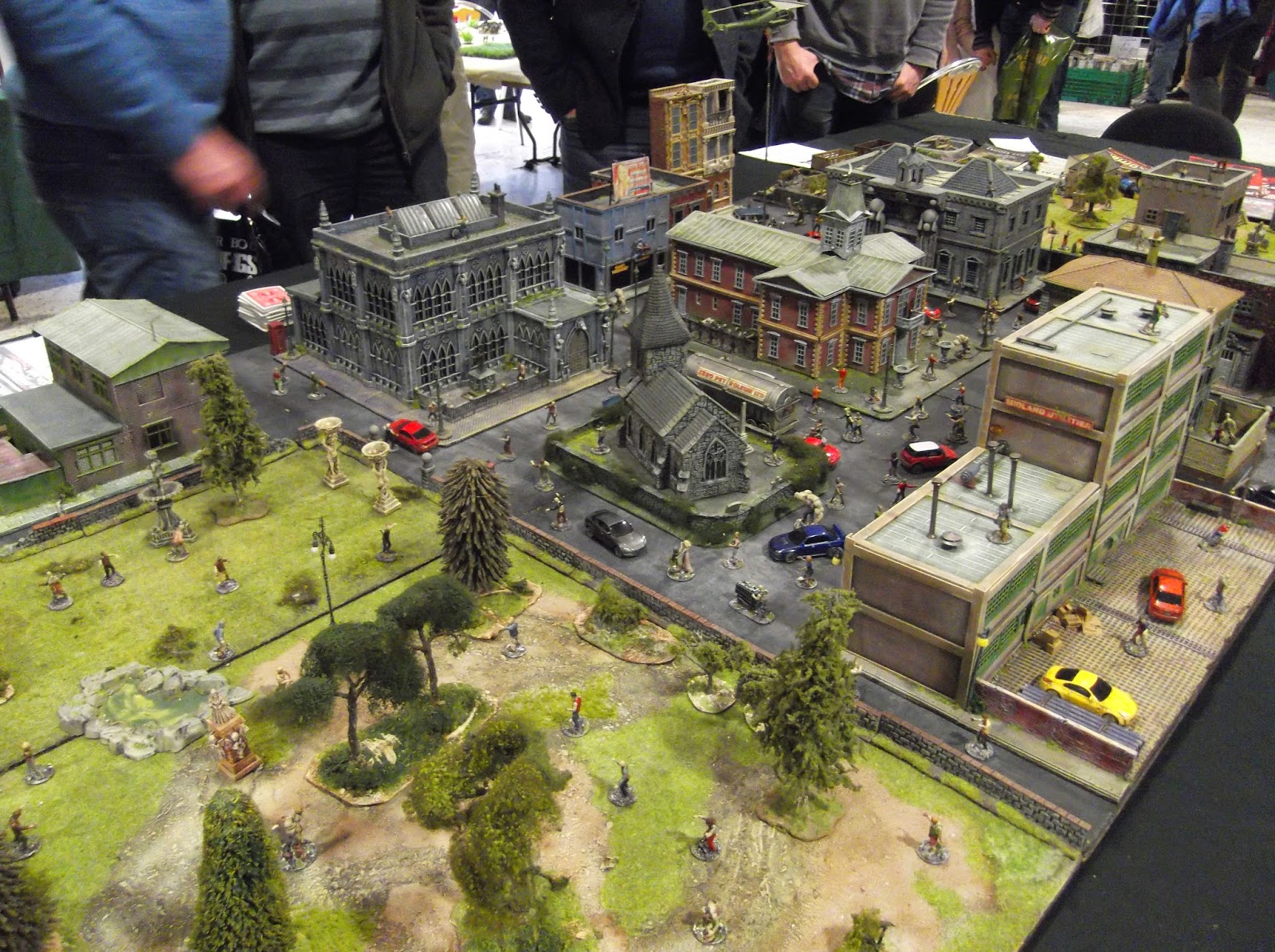 Another game jam-packed with details (and zombies...) 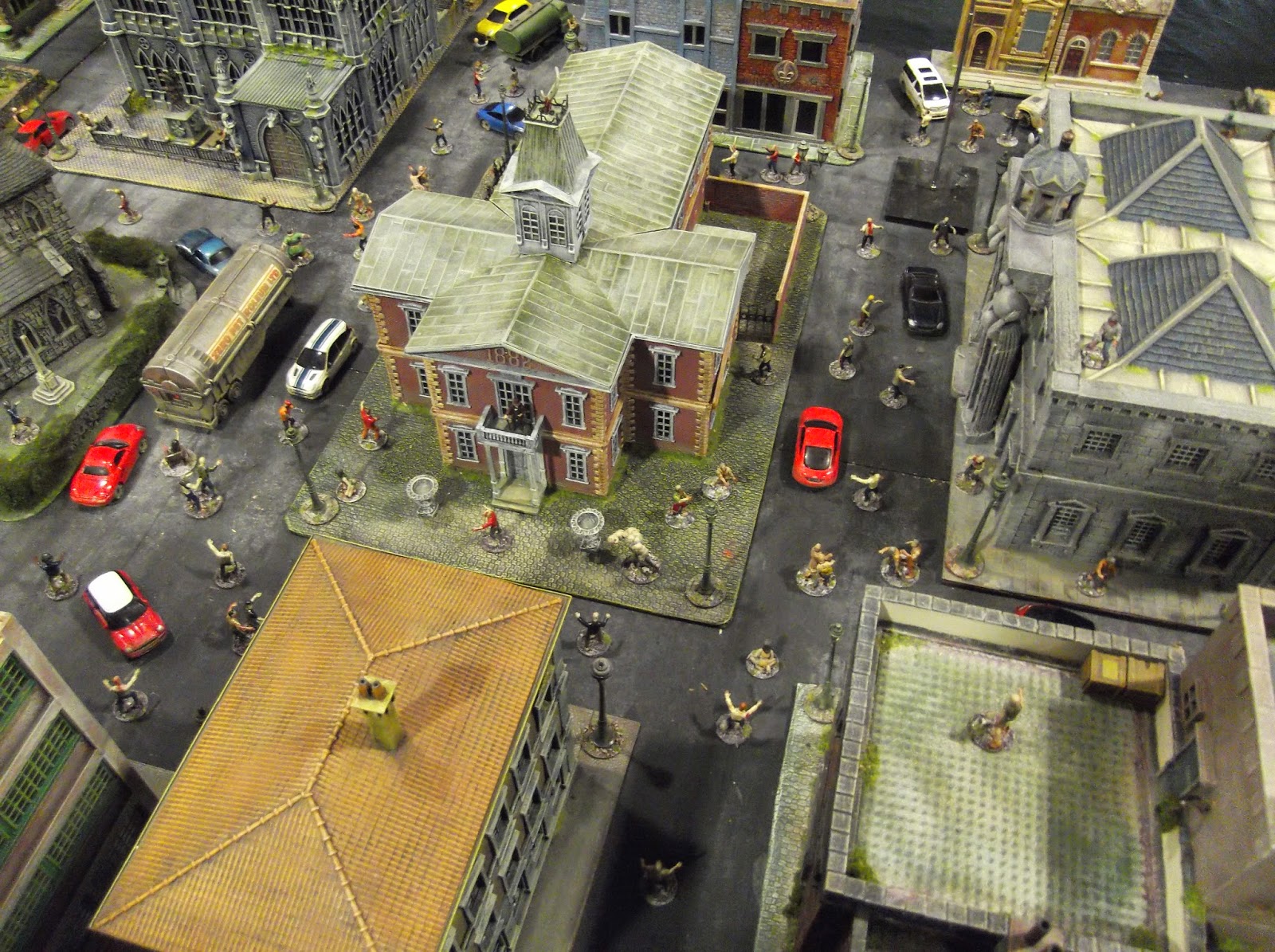 Including two fellas who looked suspiciously like two chaps from Hot Fuzz. 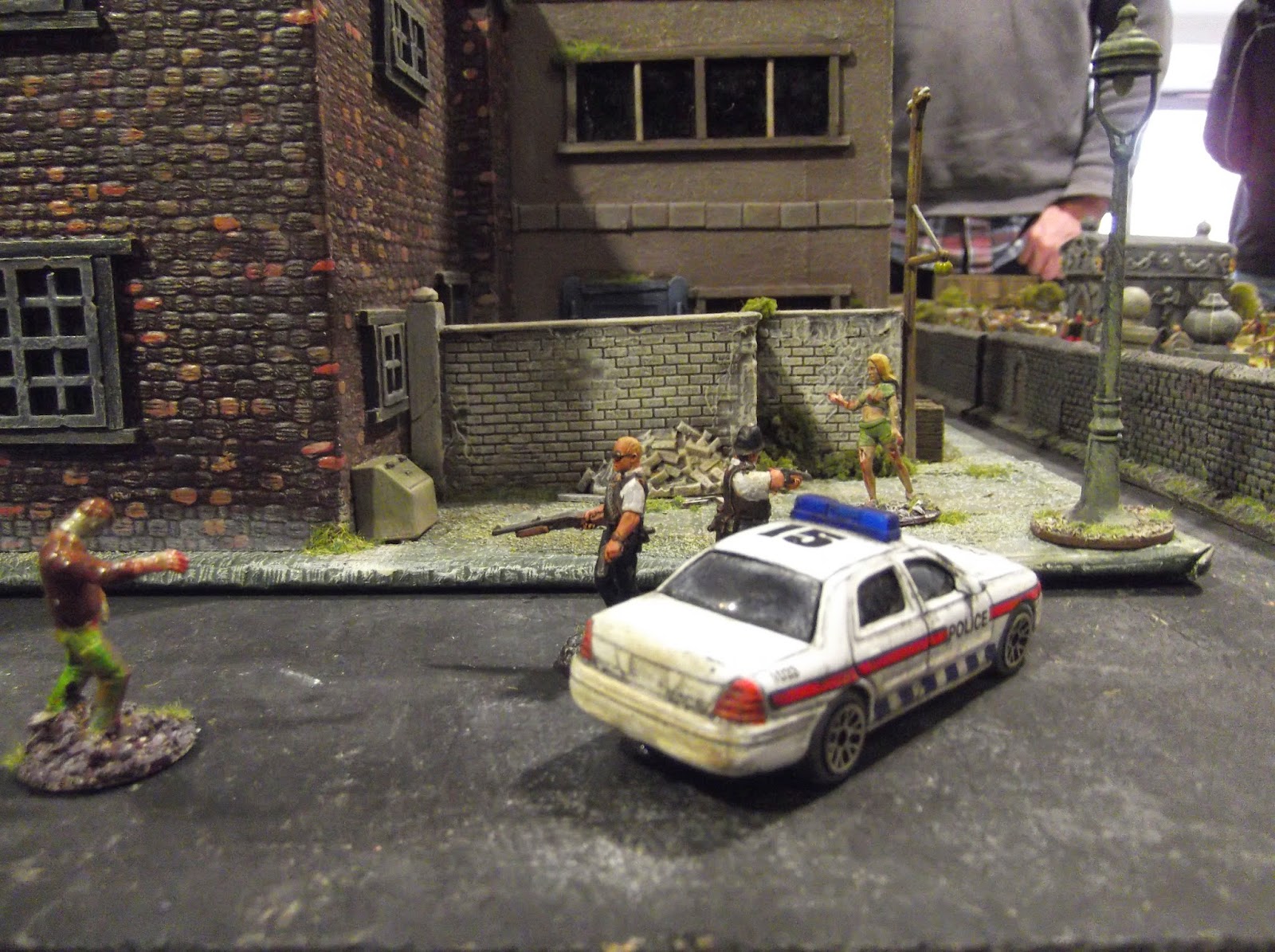 The Rotherham wargamers had brought along a game of the defence of Rorke's Drift: 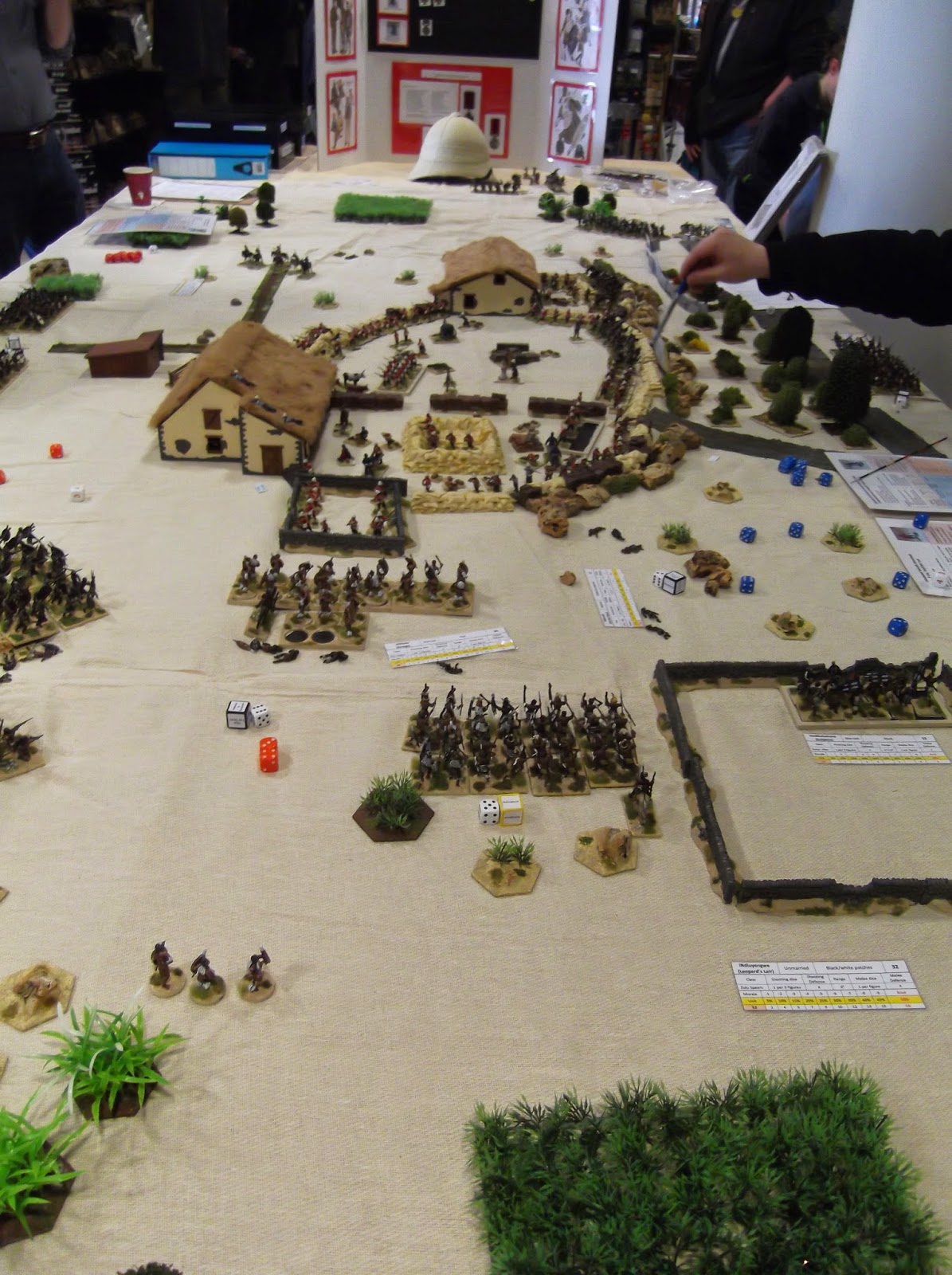 The hospital wasn't burning when I first passed by. An excellent table,but slightly marred by the fact that Rorke's Drift is actually surrounded by scrubland, rather than desert... 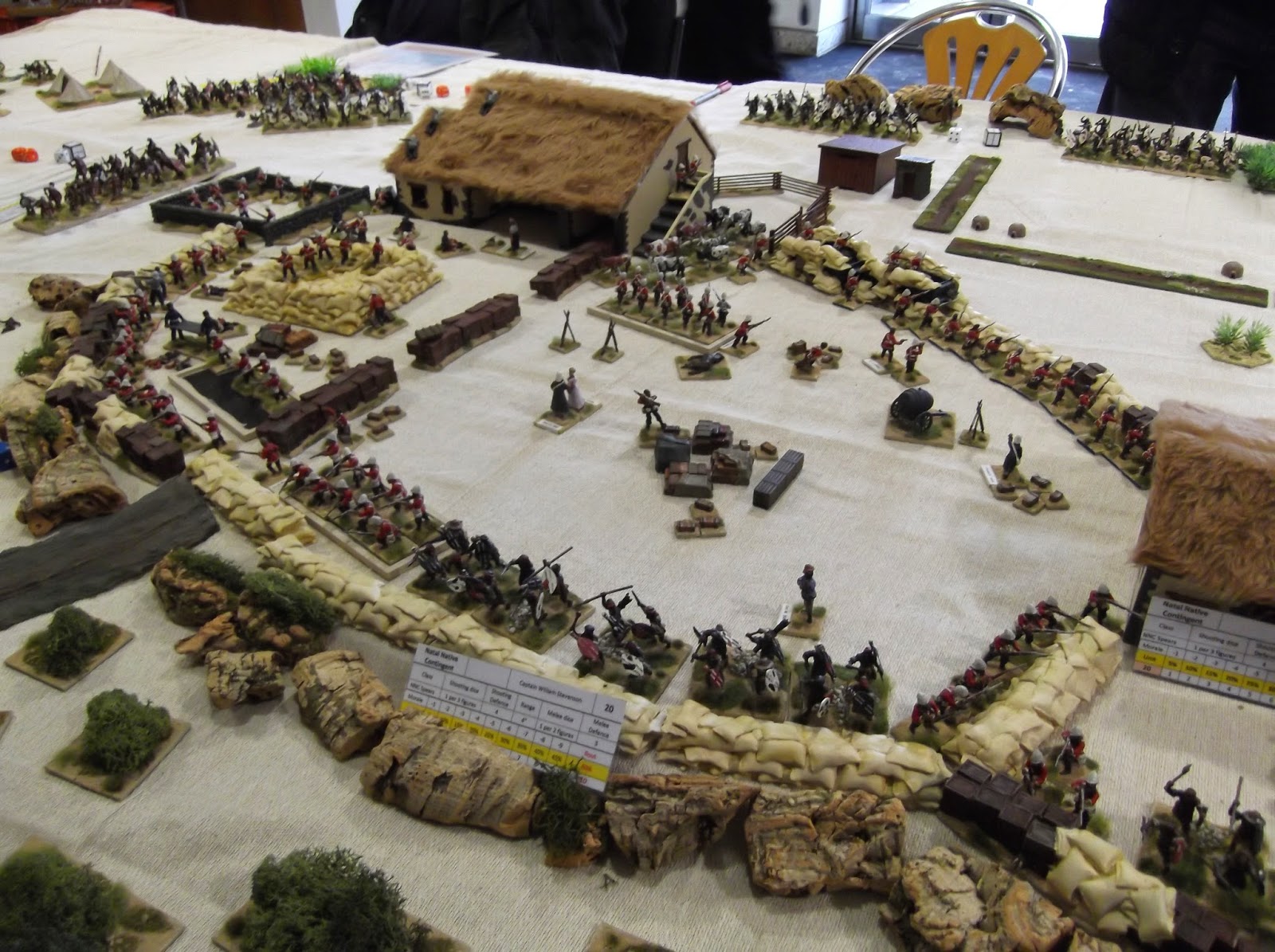 Next up was a massive game of Arthurian Romano British versus Early Saxon using Dux Britanarrium rules on what looked like Hadrian's Wall. 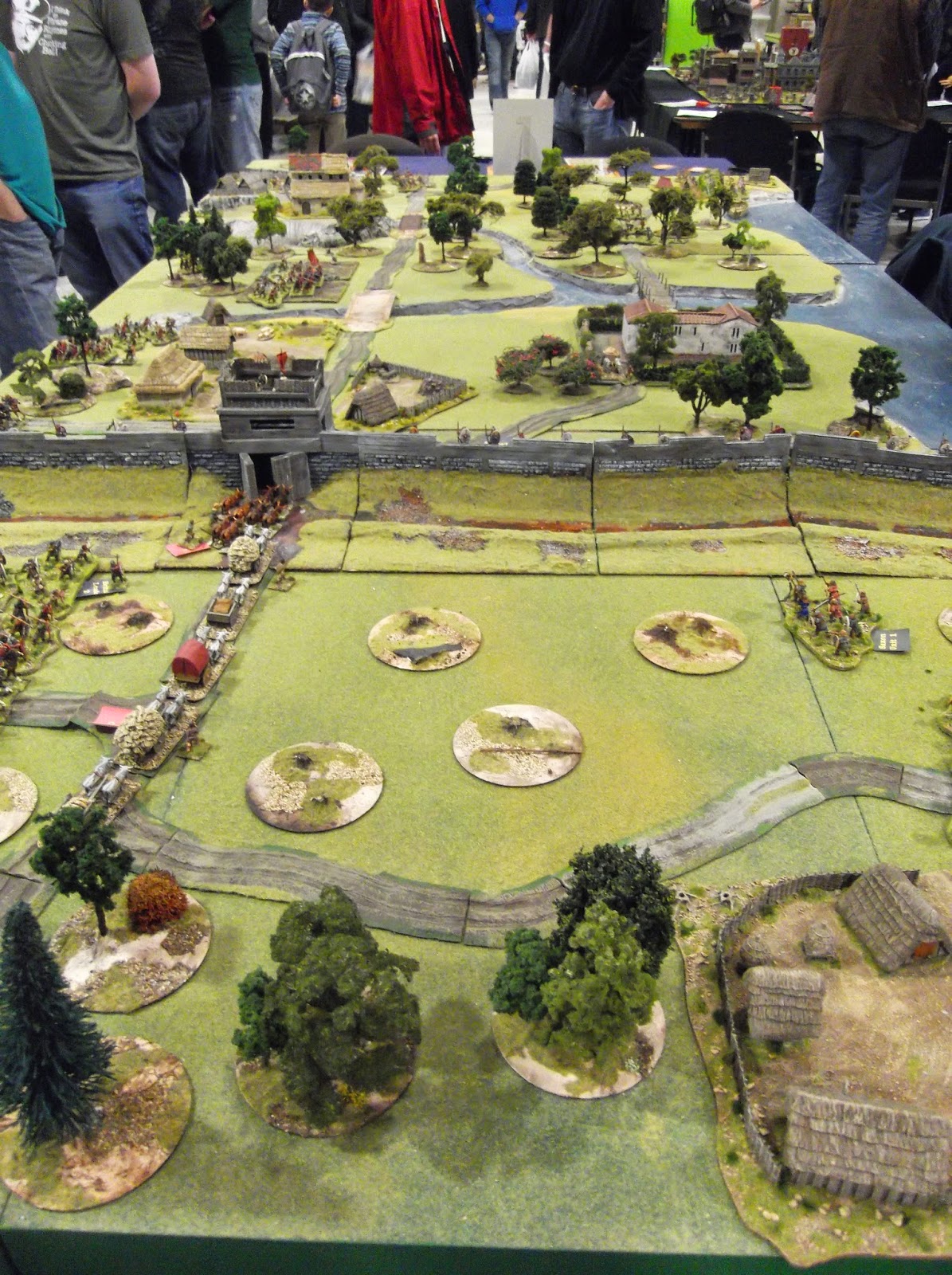 Another board packed with details and a pleasure to look at! 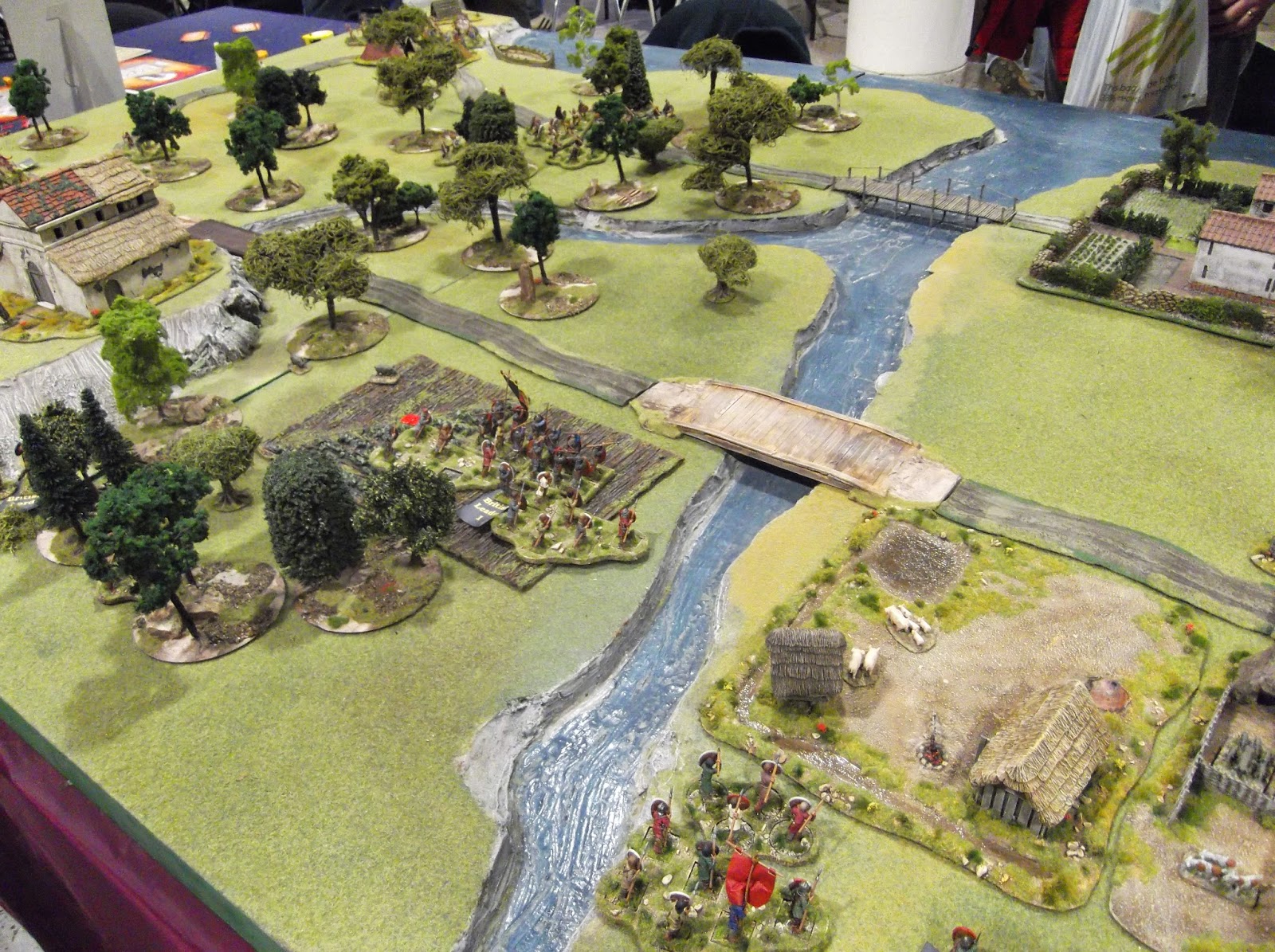 As it is the centenary of the First World War there was a couple of themed games, like this one, which was an attack on the Suez Canal in 1915: 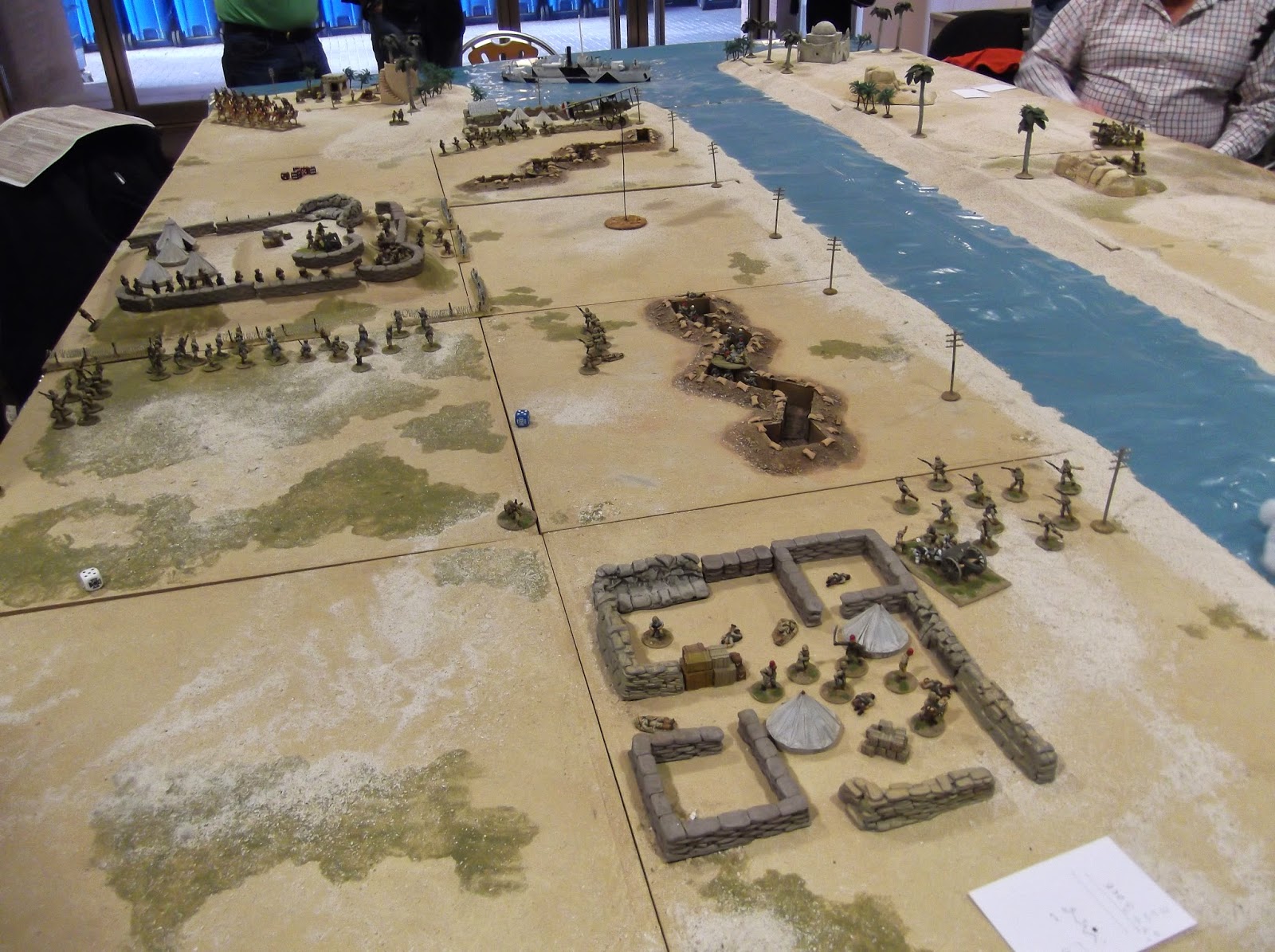 An RFC FE2B was also in attendance over the battle. 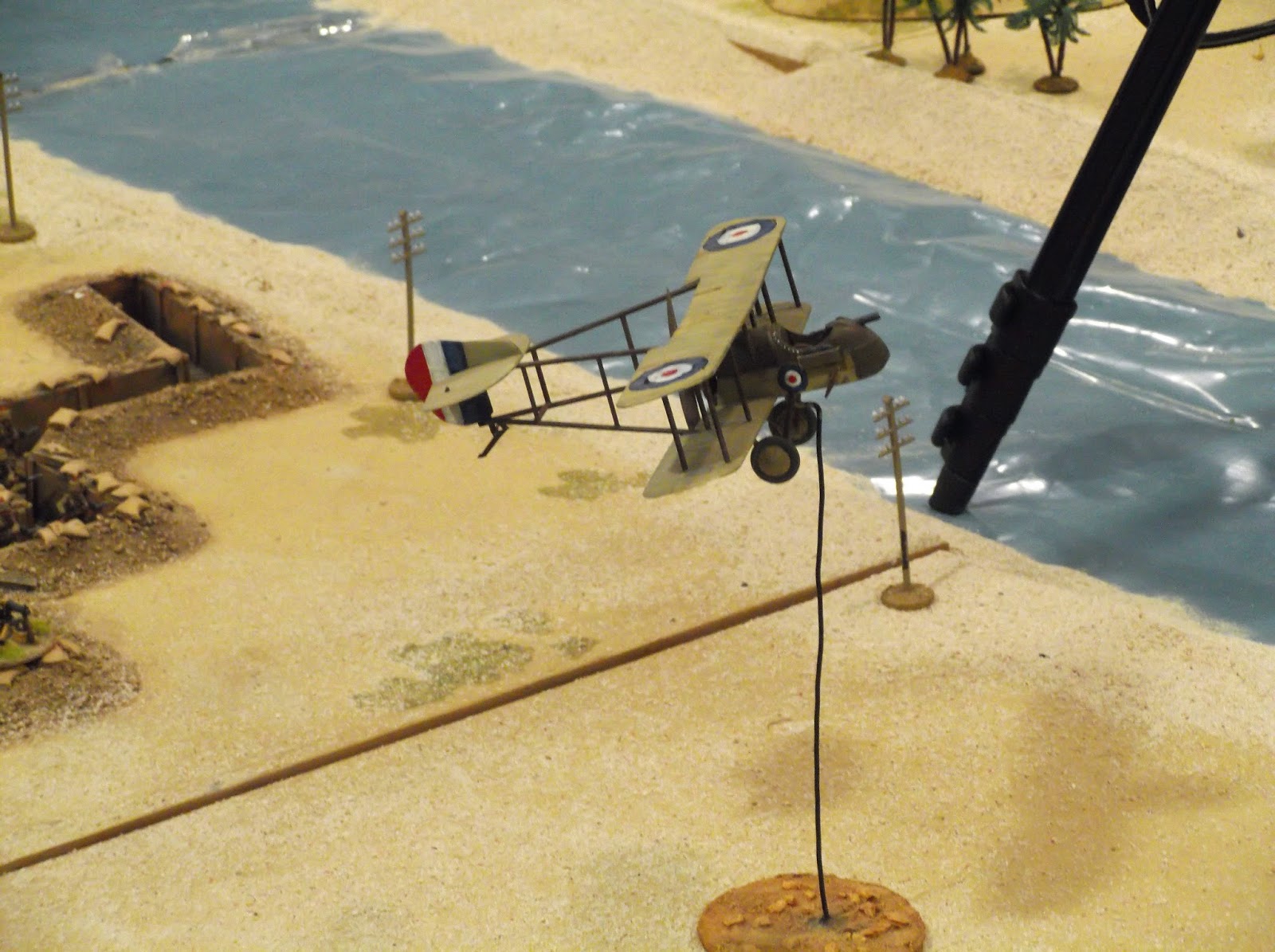 There wasn't many re-enactors, but the Roman ones had brought a mighty set of helmets with them! And Peter Pig demonstrated a 'gamette' of PBI, which has a new edition, apparently. 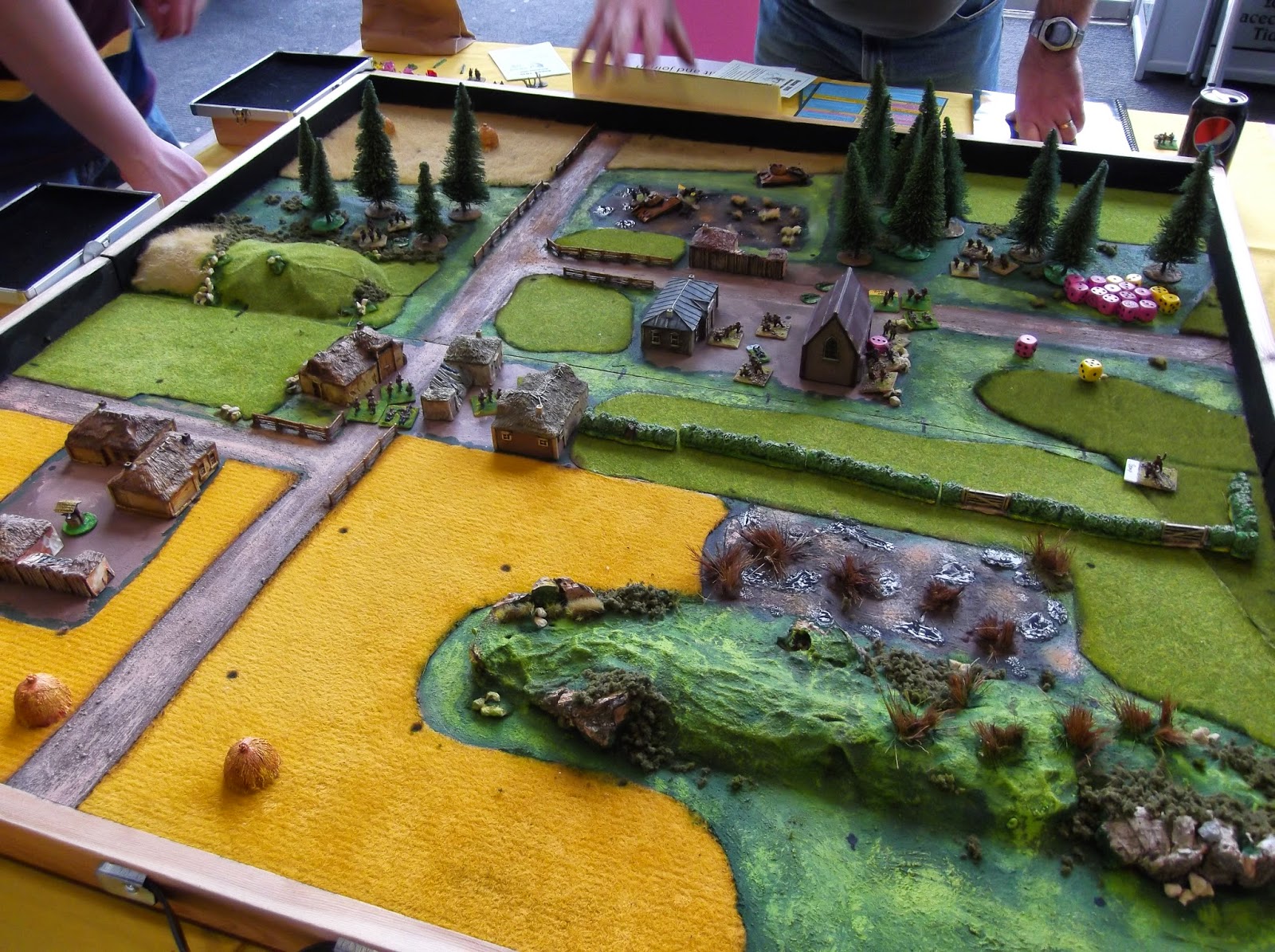 Another impressive board was based on the 3rd Afghan War of 1919, which what appeared to be the siege of a fortress. 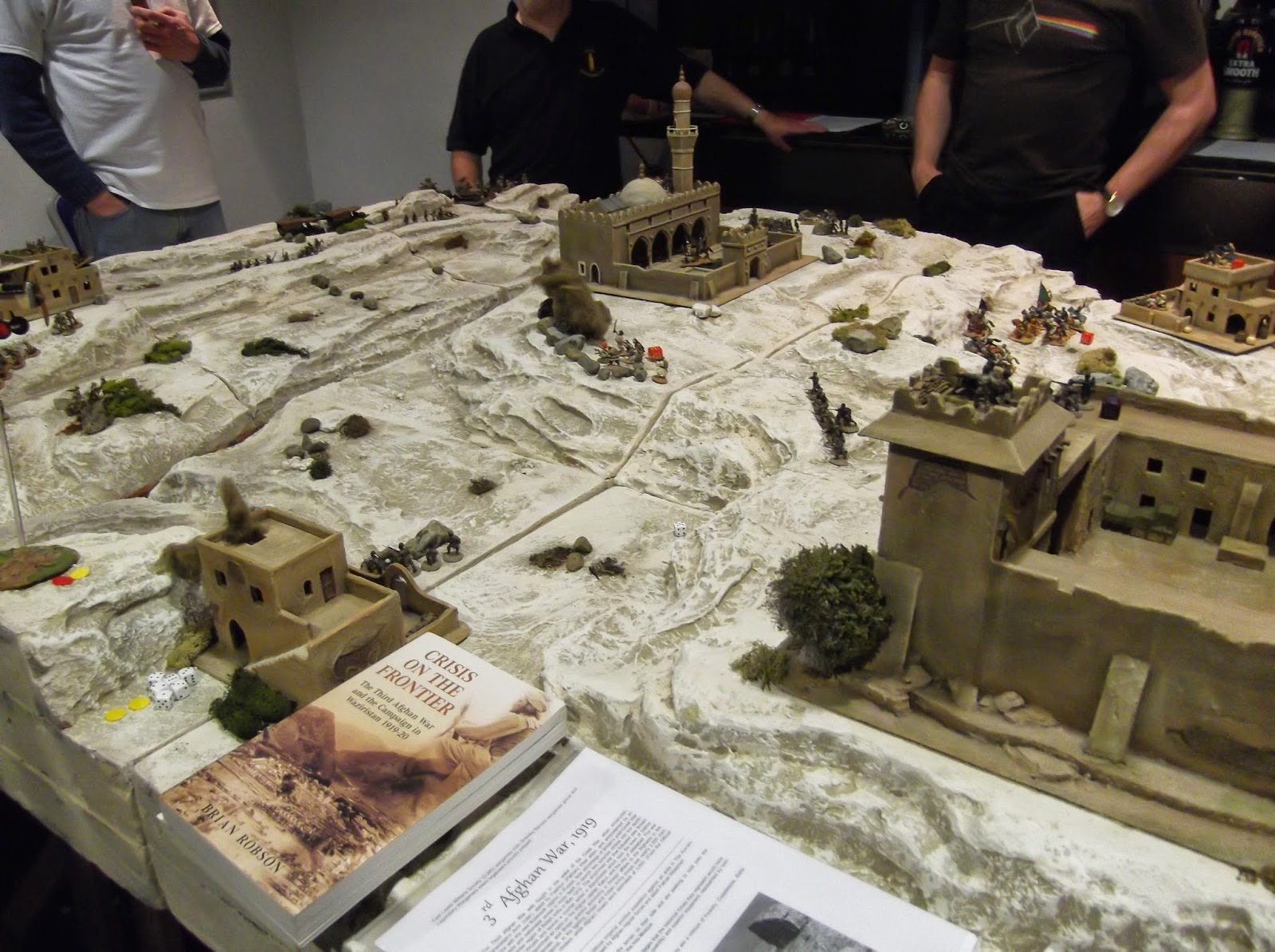 The show is spread over three floors, the top ones being taken up largely by competition gamers, but there was a couple of other large scale games going on, like this ancient siege: 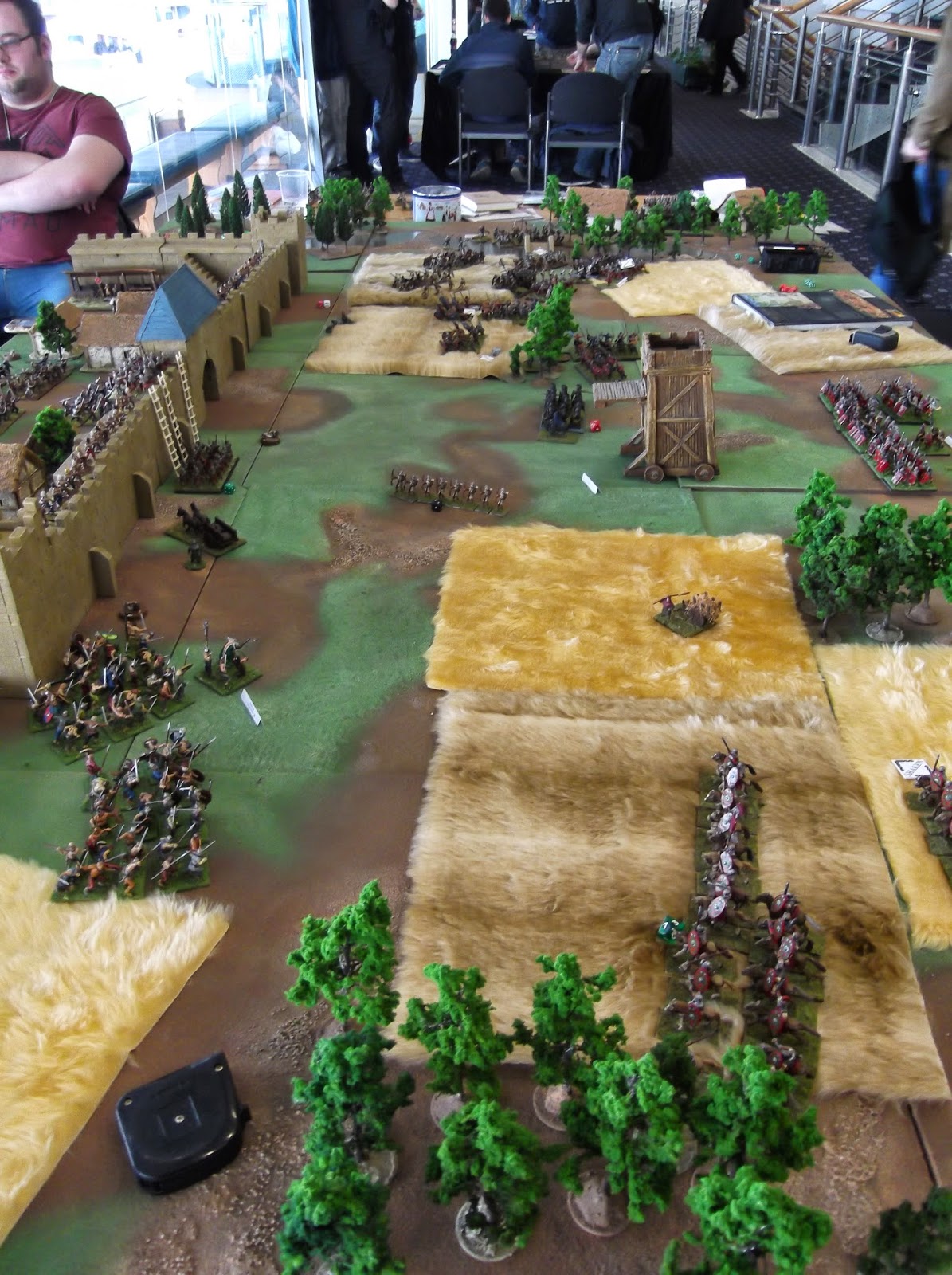 And this one from the Wars of the Spanish Succession: 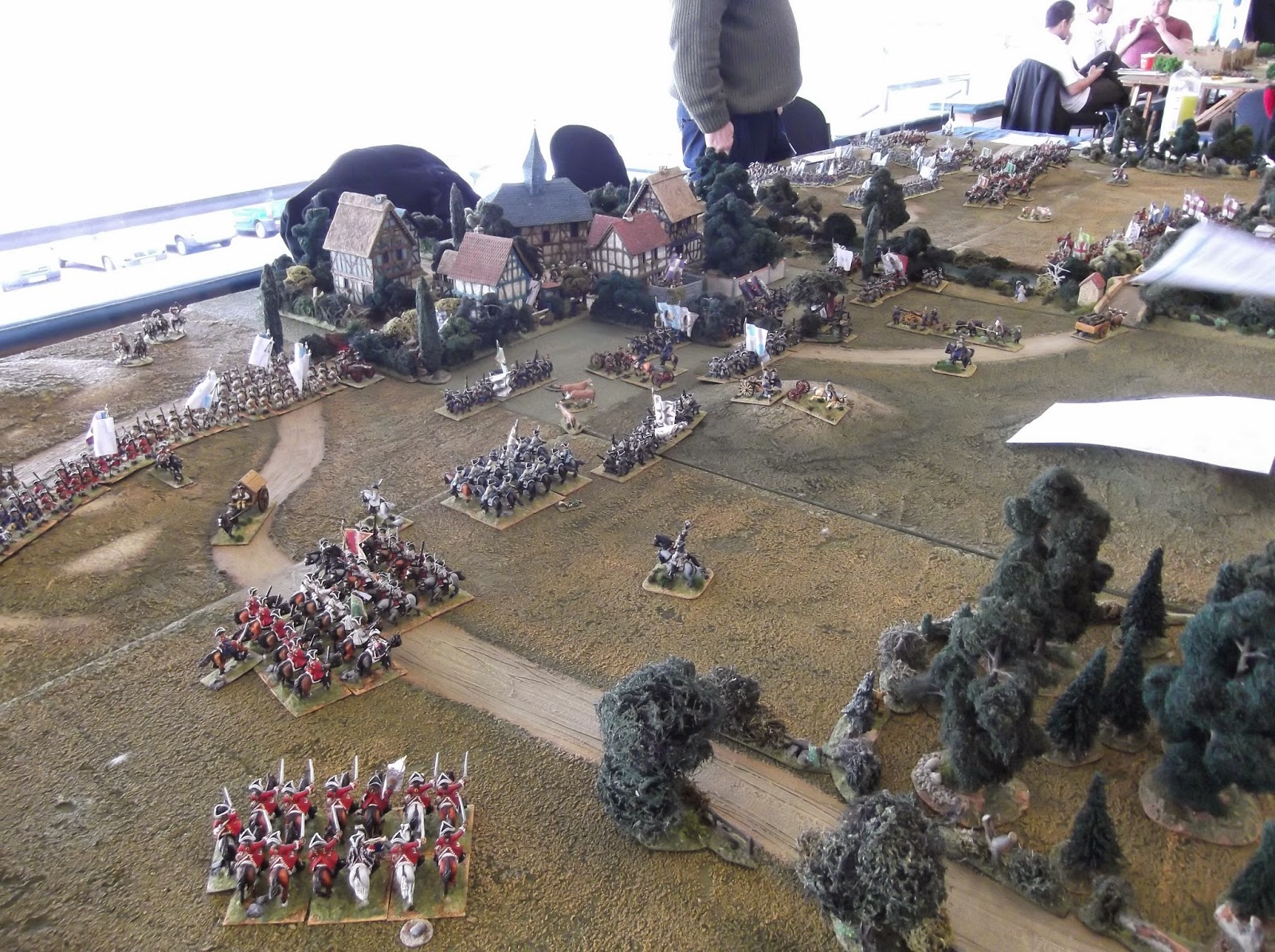 It's always good to see massive games being played. 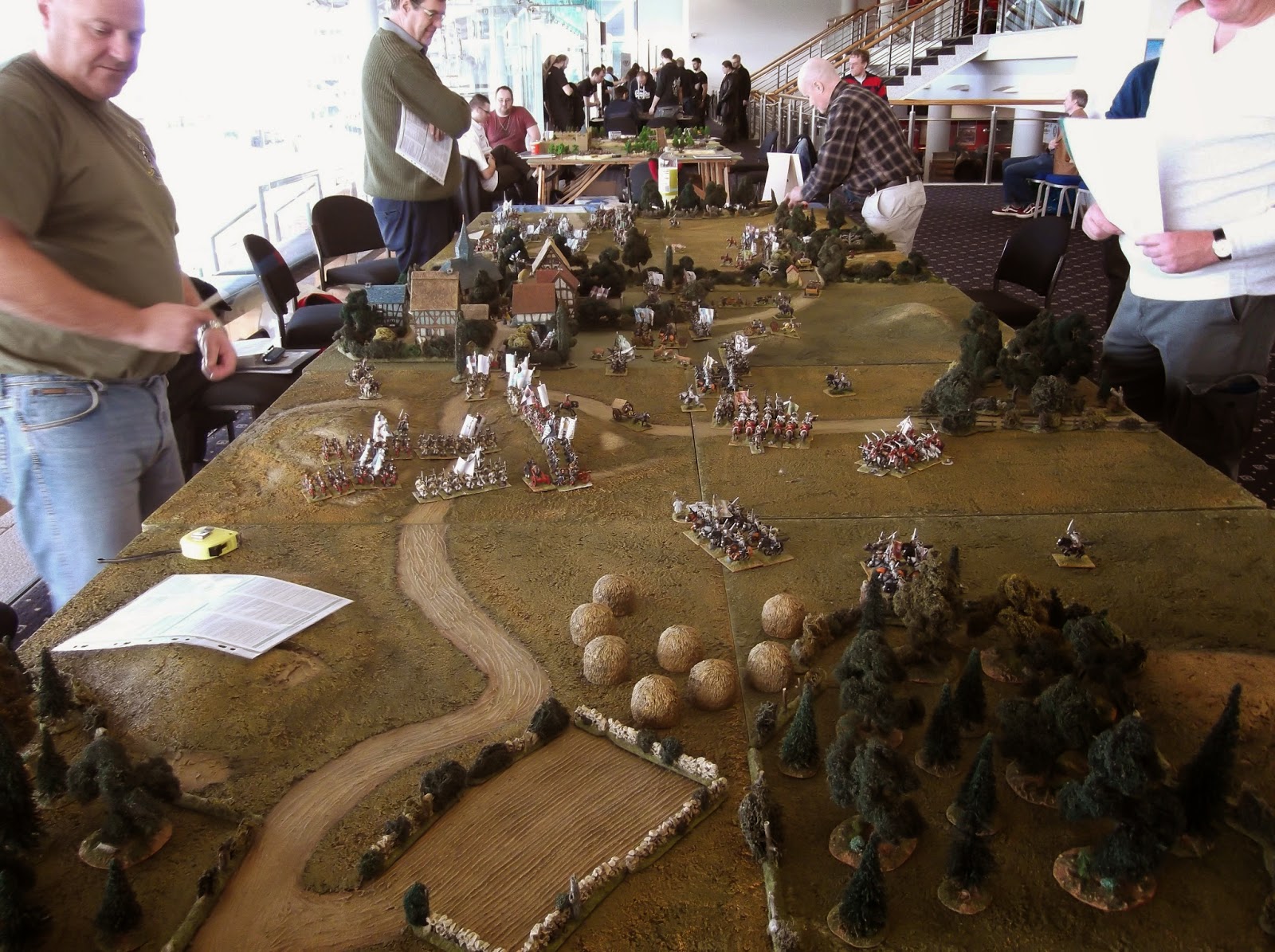 I didn't buy too much this year, as I am on a budget, but I managed to get some more bits for Stalingrad, including some stuff from Peter Pig and the Plastic Soldier Company. Plus some dice, paints and a bit of scatter scenery for my First World War figures.You'll see this lot in the next few weeks, as I work my way through them...

Speaking of scenery, I am selling pre-painted rubble in three different colours on Ebay, please take a look HERE.