At Varpnartak I was able to pick up a few needed bits for Stalingrad, including some Plastic Soldier Company's T-34s and a T-70. These were all in the single sprue reinforcements, I didn't know they did the T-70 like this, but they do and it meant I didn't have to buy four extra tanks! Hooray! 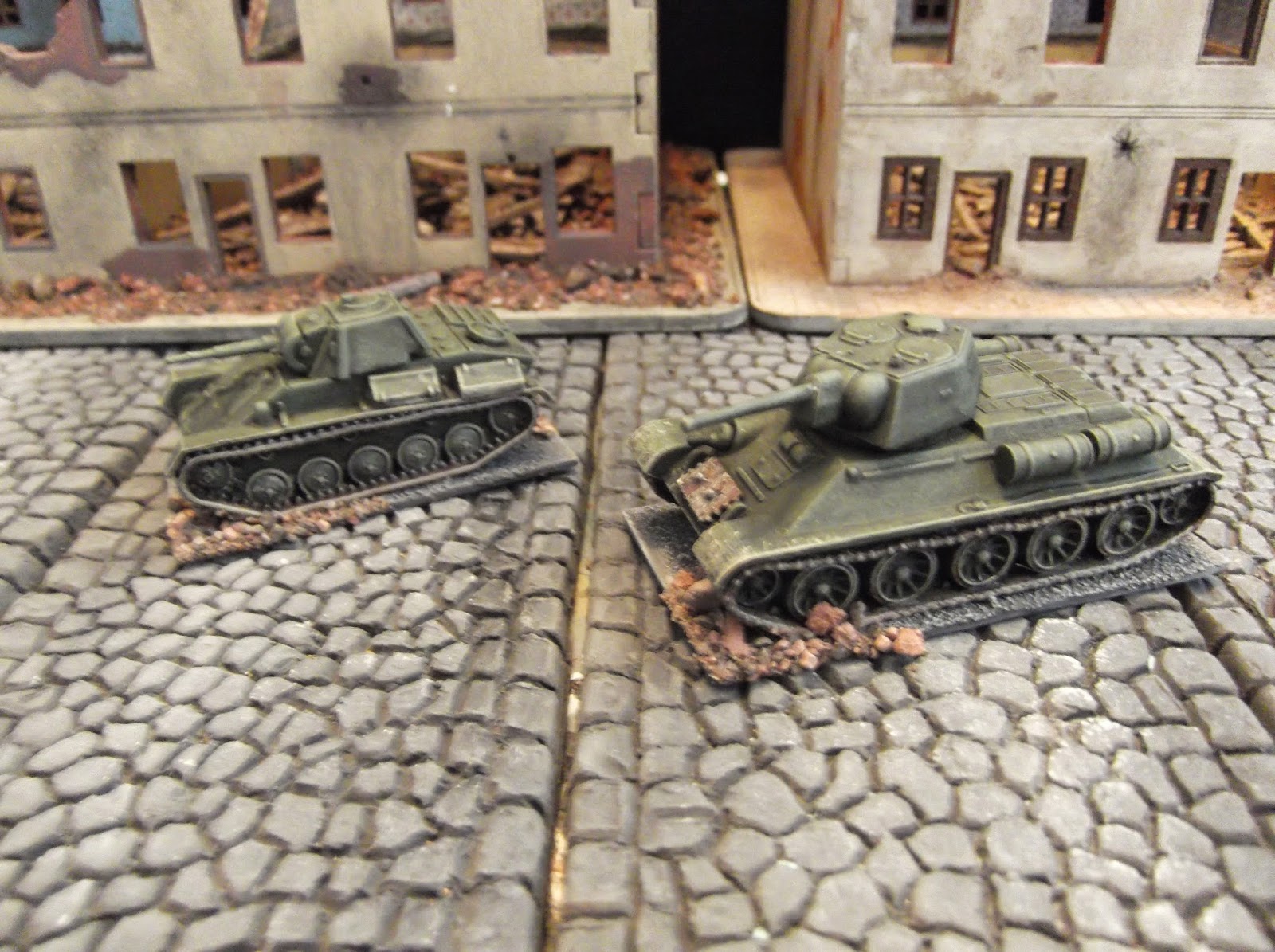 These four tanks represent the 84th Tank Brigade under Colonel Vainrub. The single T-70 is the light company and the HQ of the unit is represented by the one T-34 that isn't dug in. The Russians only have these vehicles as their armour support in the lists I am working from. 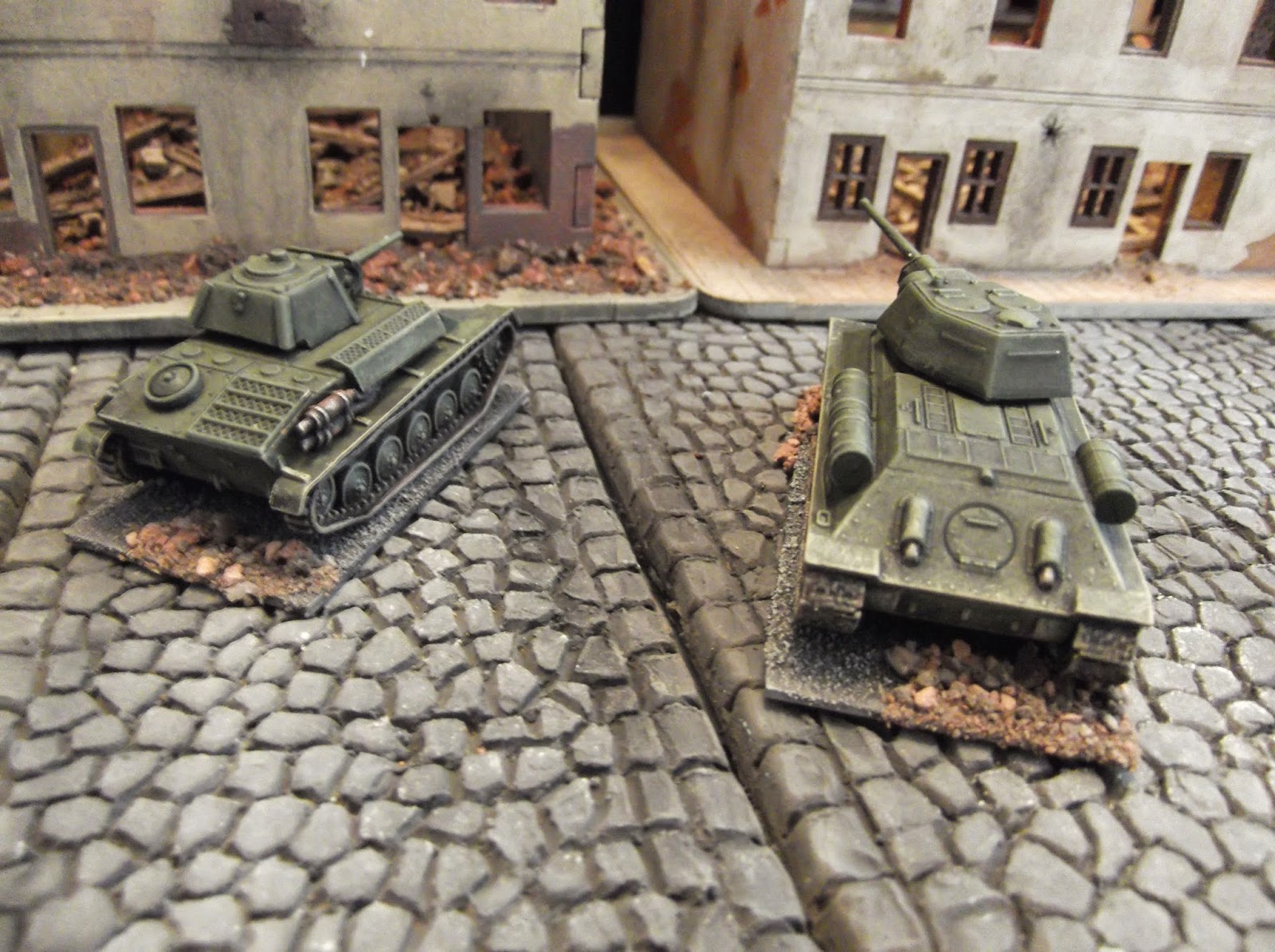 Two of the T-34s are dug in, I created this by only building the top half of each tank and gluing them to a piece of plasticard. This was then built up with polyfilla, sand and my rubble mix. 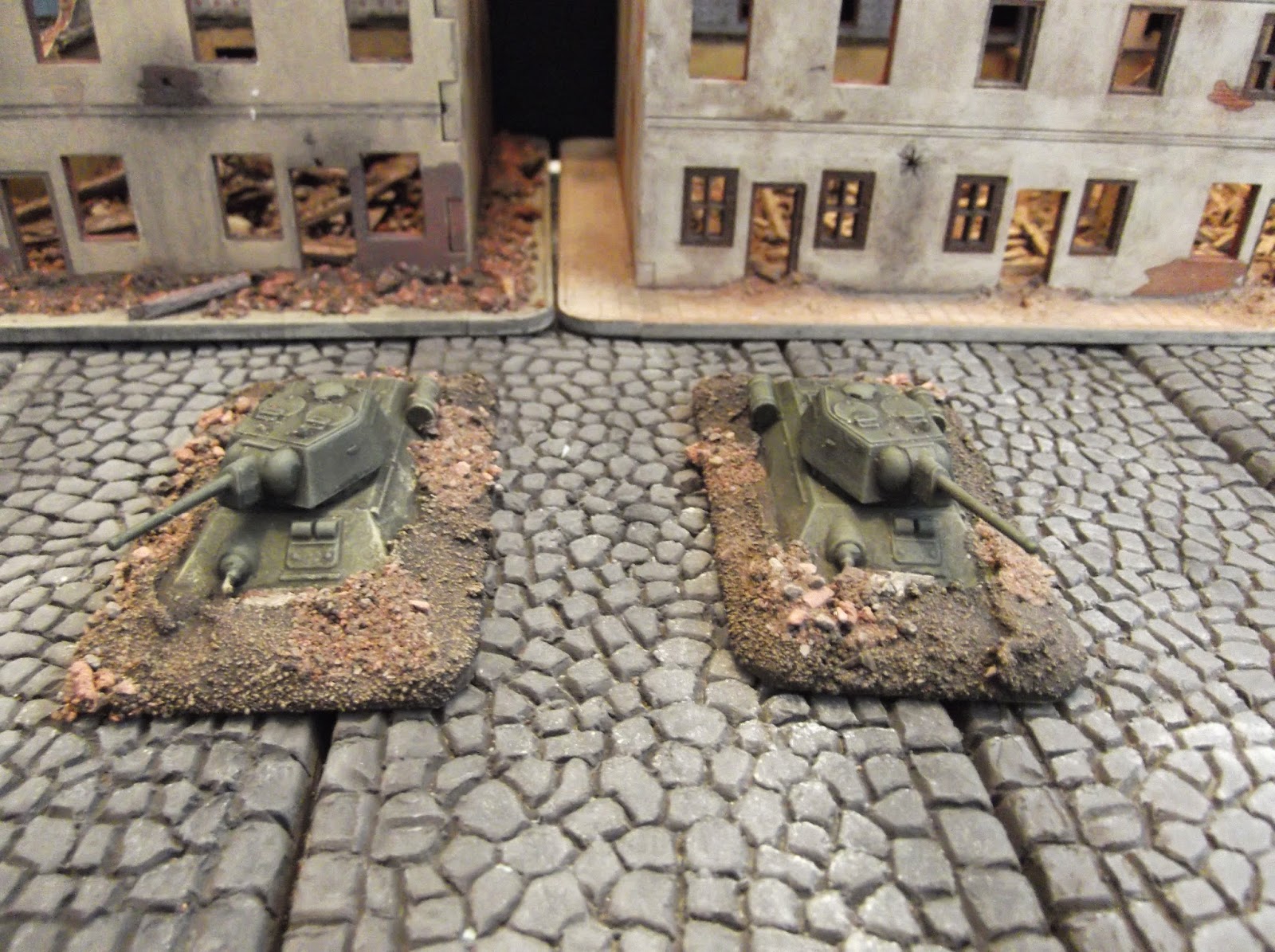 The rubble mix gives them an 'urban' feel, but these could easily be used in a rural setting as well. 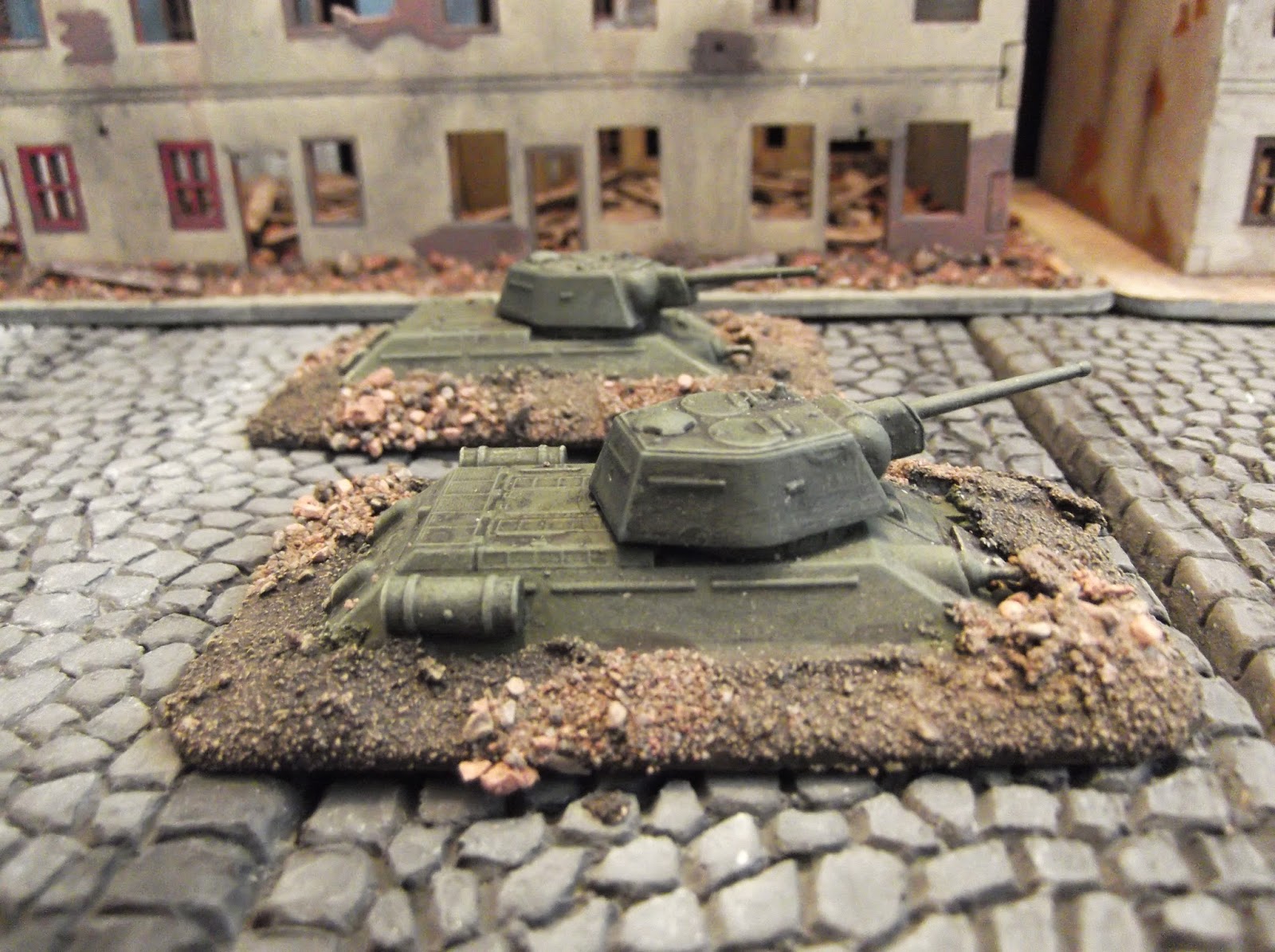 I think the dug-in status gives these tanks a bit better defence than the others, but obviously they are restricted to where they can be placed. 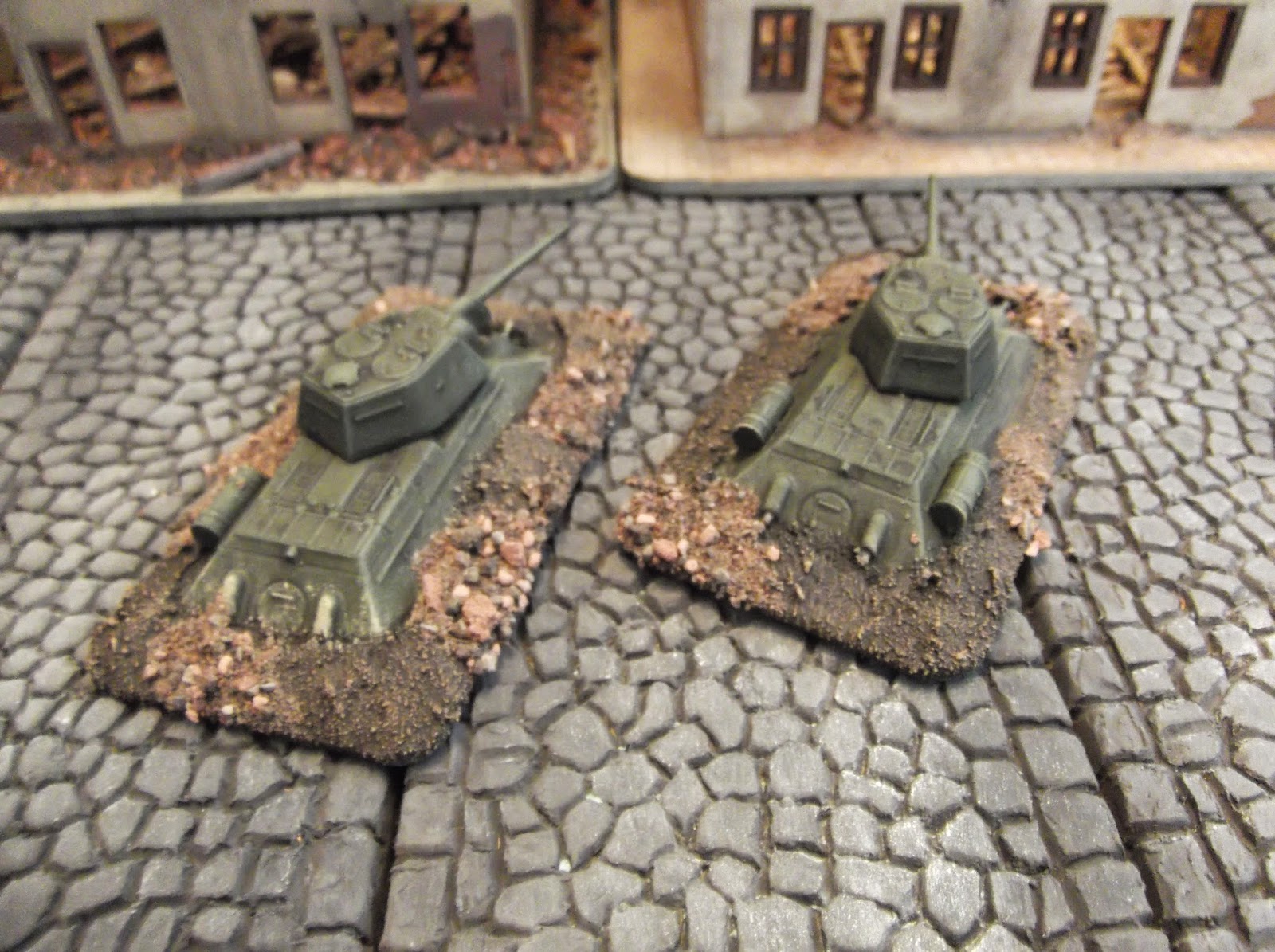 OK, that's it for now, there are a few more German vehicles that are needed for this scenario, but at least I have nearly finished off the entire Russian defending force. One day I will be able to say that for the entire scenario...

And finally, another shameless plug for the rubble that I used on the bases for these tanks. I am selling bags of it HERE on EBay, it can be used for any scale miniatures and comes in three colours, Black/Dark Grey, Dark brown and Brick Red