As I found out recently, in the mire of Marder marks, there were only Marder IIs at Stalingrad, so  the new Plastic Soldier Company Marder IIIs that I have are not needed immediately. They are still needed for my wider collection of Germans, but the need is not desperate so they have sunk to the bottom of the build pile. However, I painted the single one I had built as a review, just so I could get it off the painting table and somewhere safer for the time being. Using the Osprey New Vanguard book Sturmartillerie and Panzerjager 1939-45, I based it as on the unidentified unit in Summer 1943 that is shown in the colour plates, in the typical three tone camo. Also I added a bit of the PSC German stowage, some decals that I had kicking about and Bob's your auntie's live-in lover. 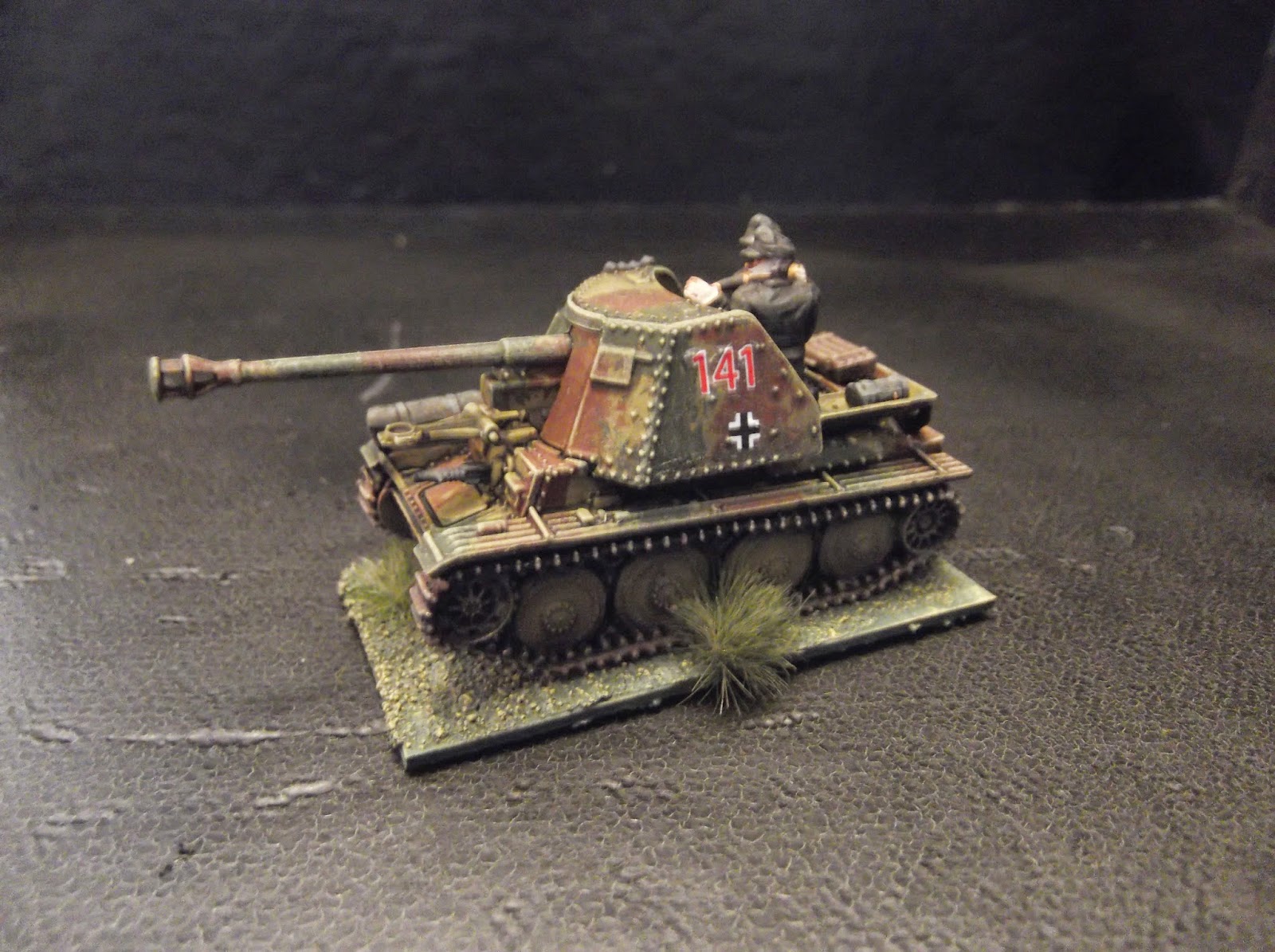 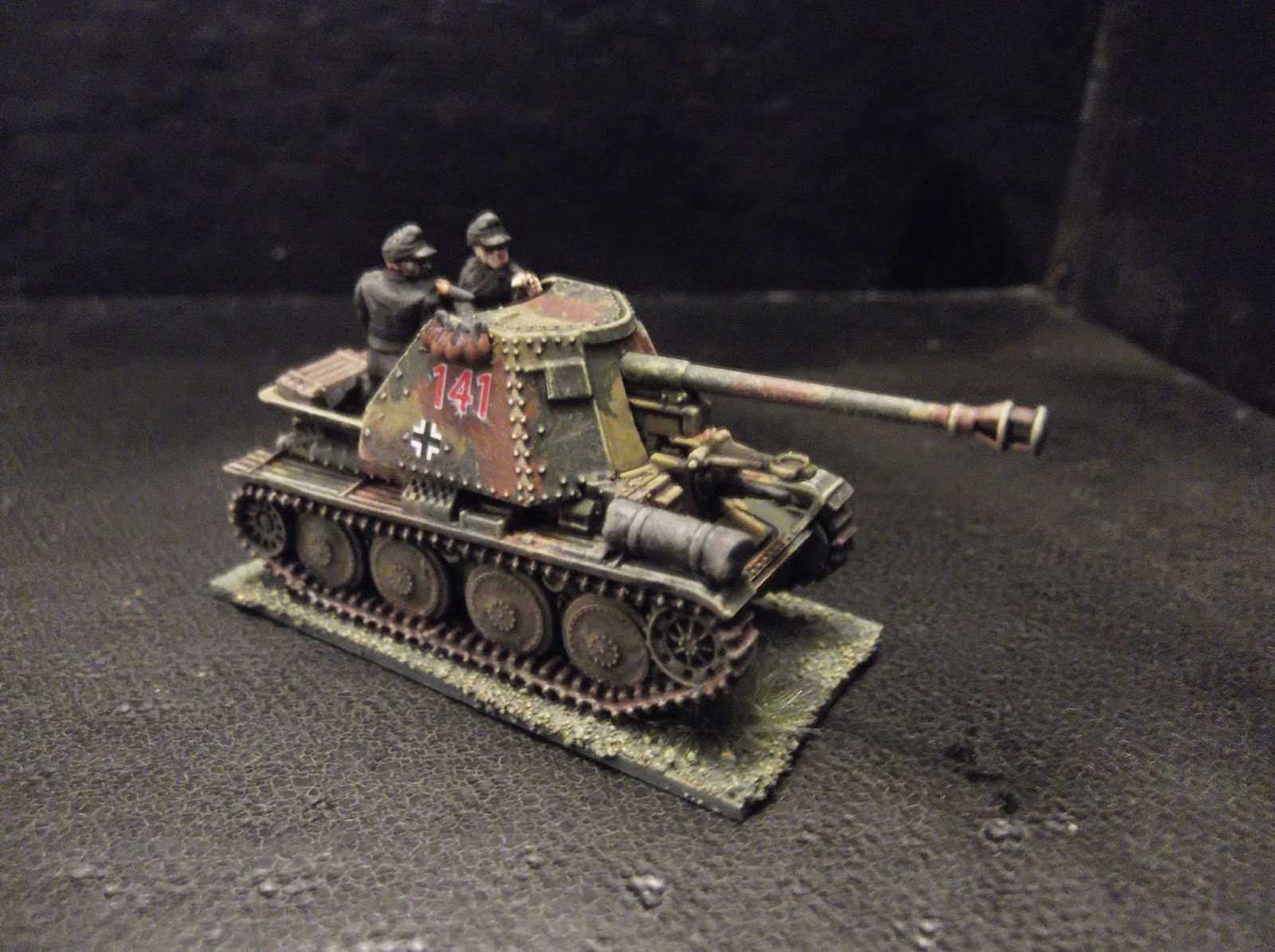 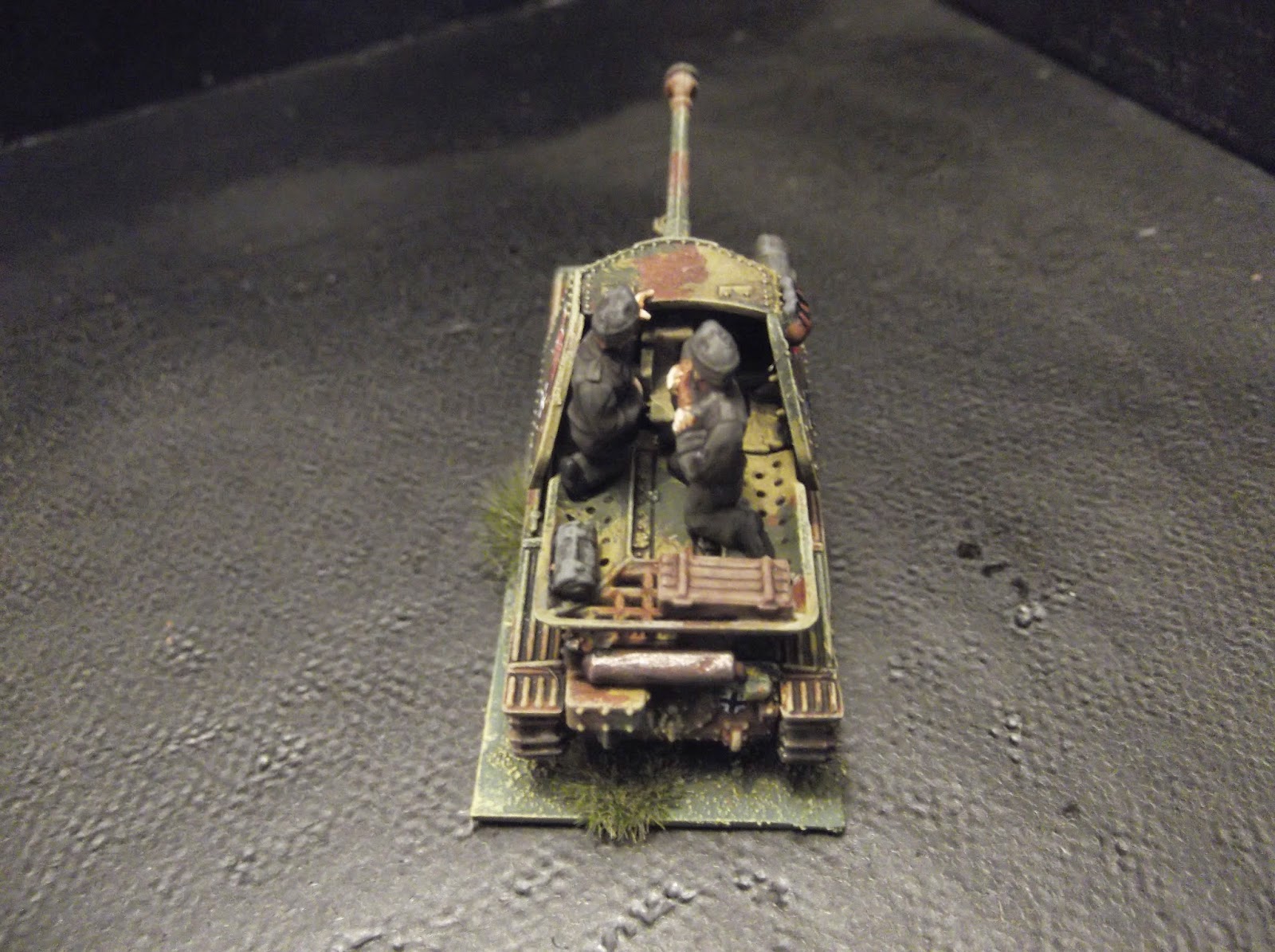 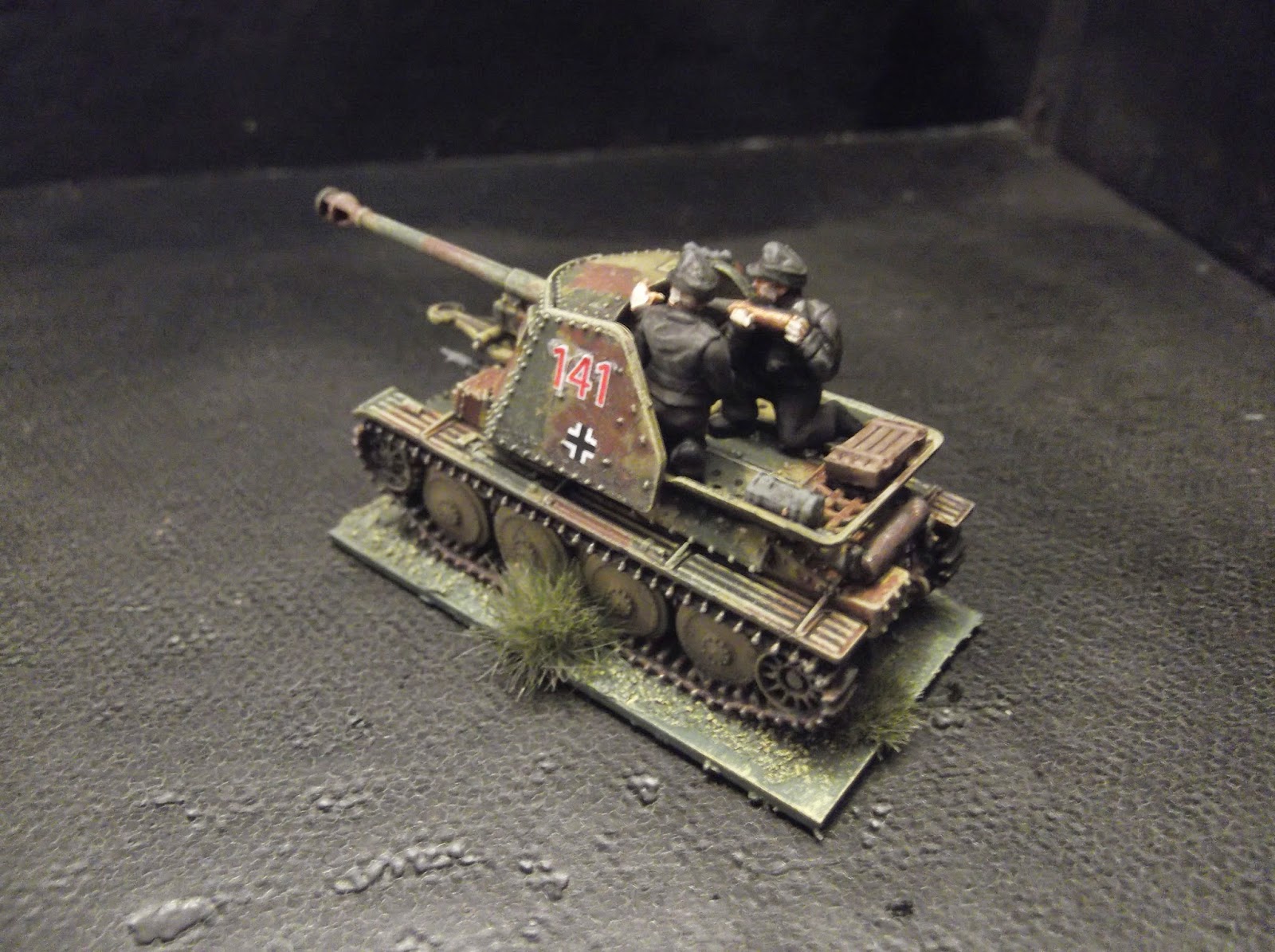 I also used two of the 'official' PSC crewmen that come with the kit. There wasn't room to fit another man in, otherwise you would have seen a commander figure as well. The figures are nice, if a little flat, but they paint well.

And it's that time again for me to be banging on about the rubble packs I am selling on EBay, please have a look HERE: