Let Me Stand Next To Your Fire

As a change from the seemingly endless amount of Germans I have been painting for Stalingrad, I painted up this Early War Miniatures Double Kleif M1917 flamethrower for my 20mm First World War Germans. I have had the set for a while now and really I bought it because of the ready painted flame marker that came with the piece. 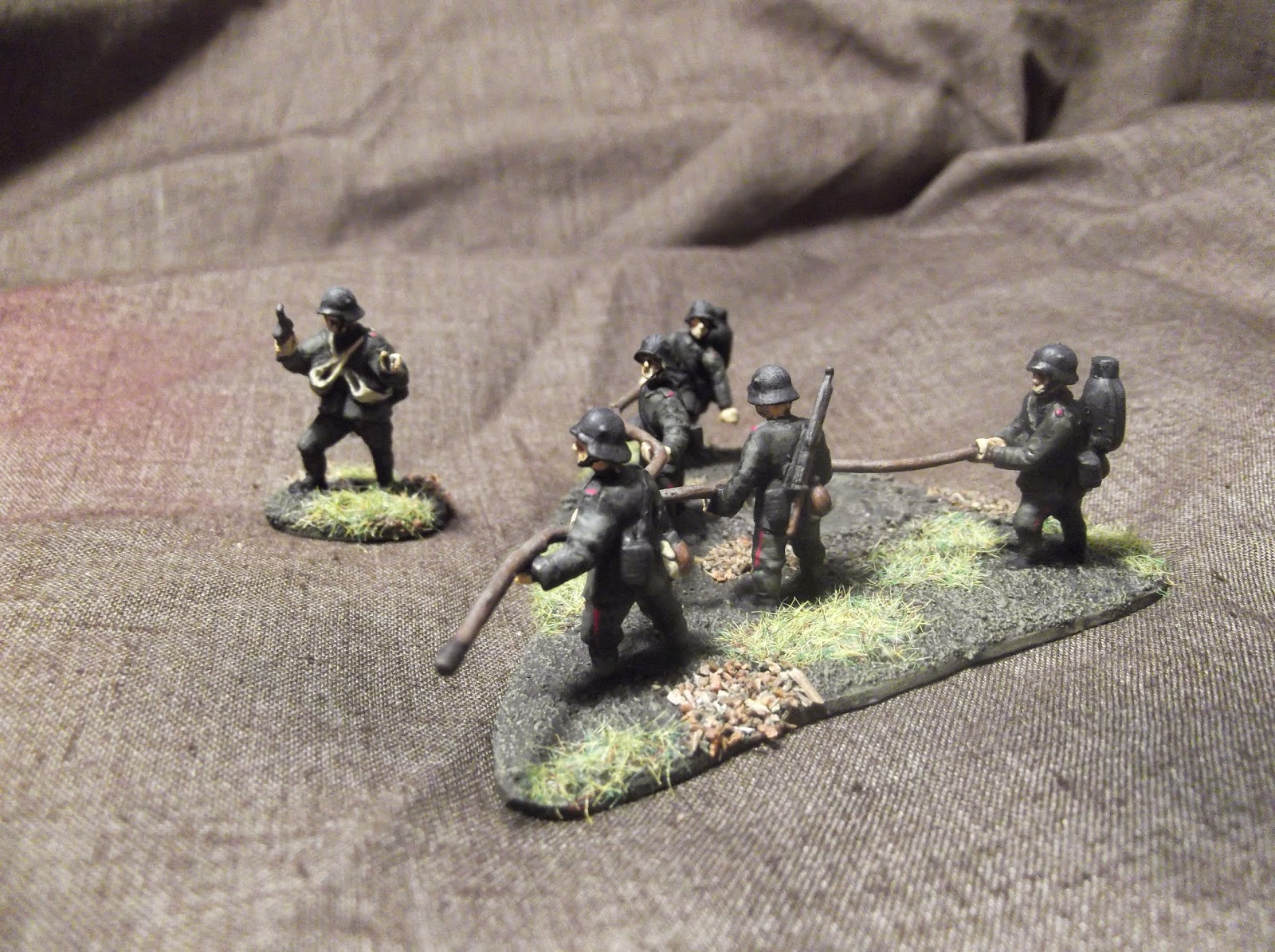 The pack consists of five crew men and a Stormtrooper unit leader, along with the lengths of hosepipe for the Kleif. The two flamethrowers are joined together by a Y join and allowed for a bigger and longer flame than the single man-pack. 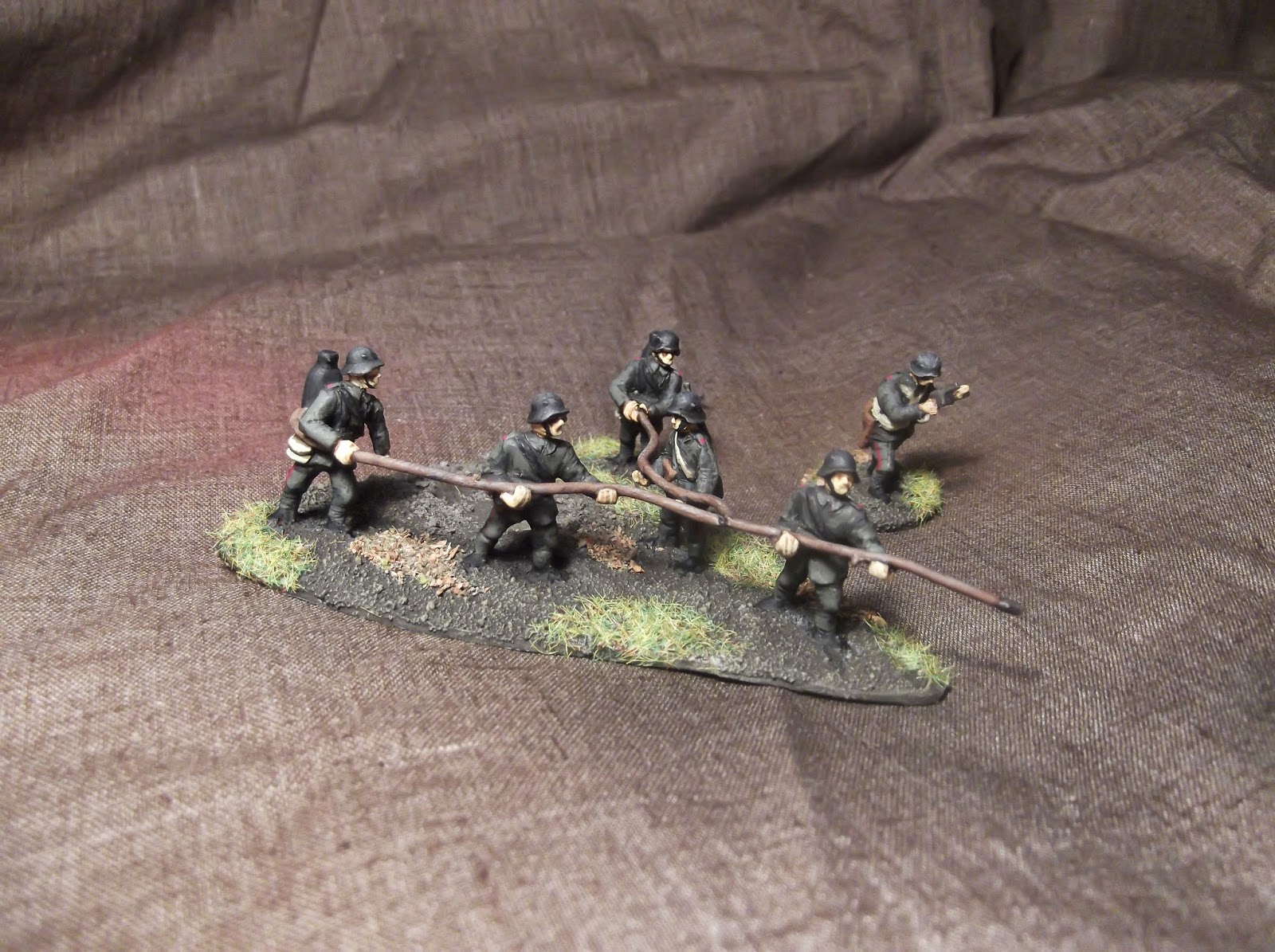 When the flame marker is added to the mix it makes for a dramatic model! 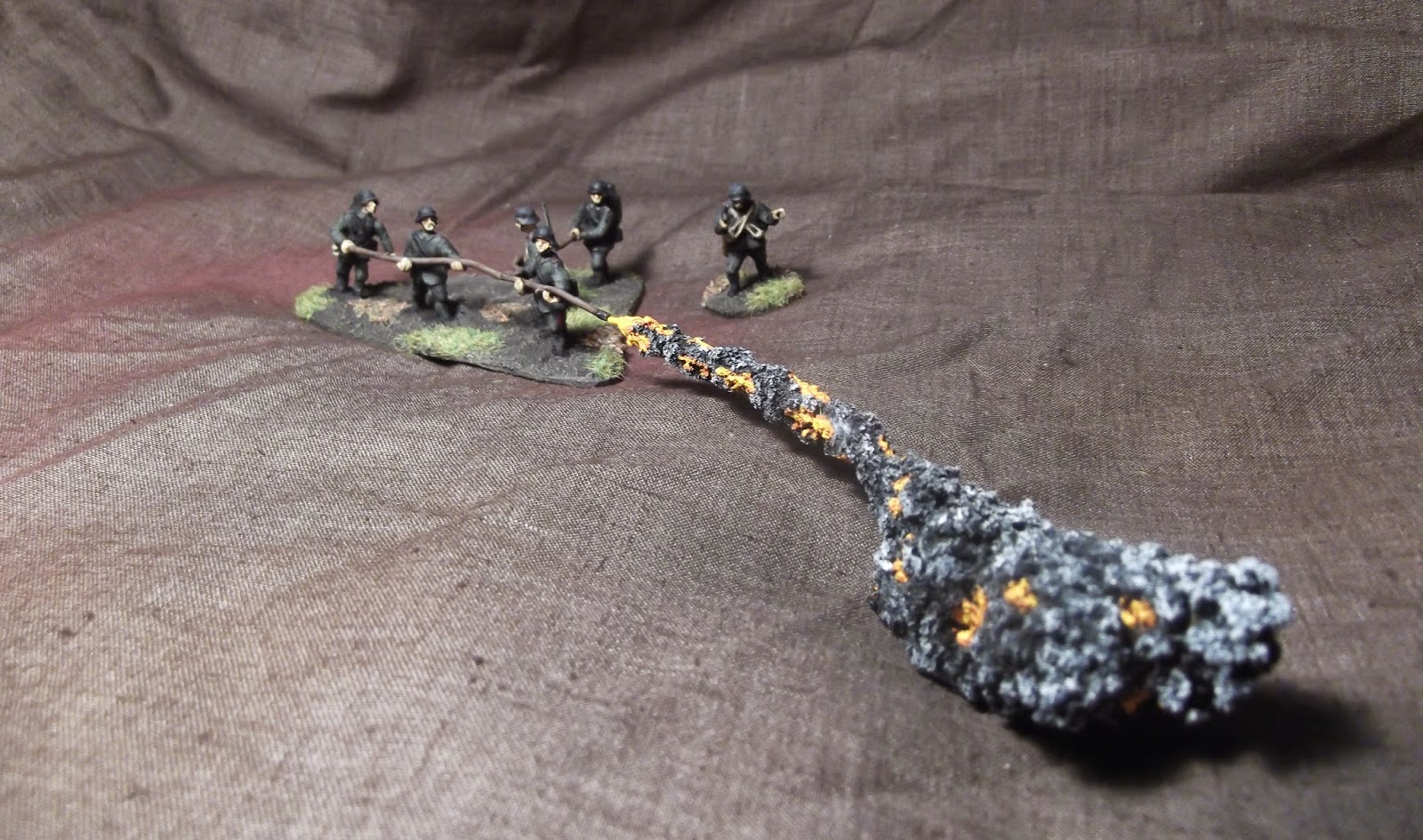 This will make for an excellent scenario with the double flamethrower making its way across No-Man's-Land to attack a strongpoint. 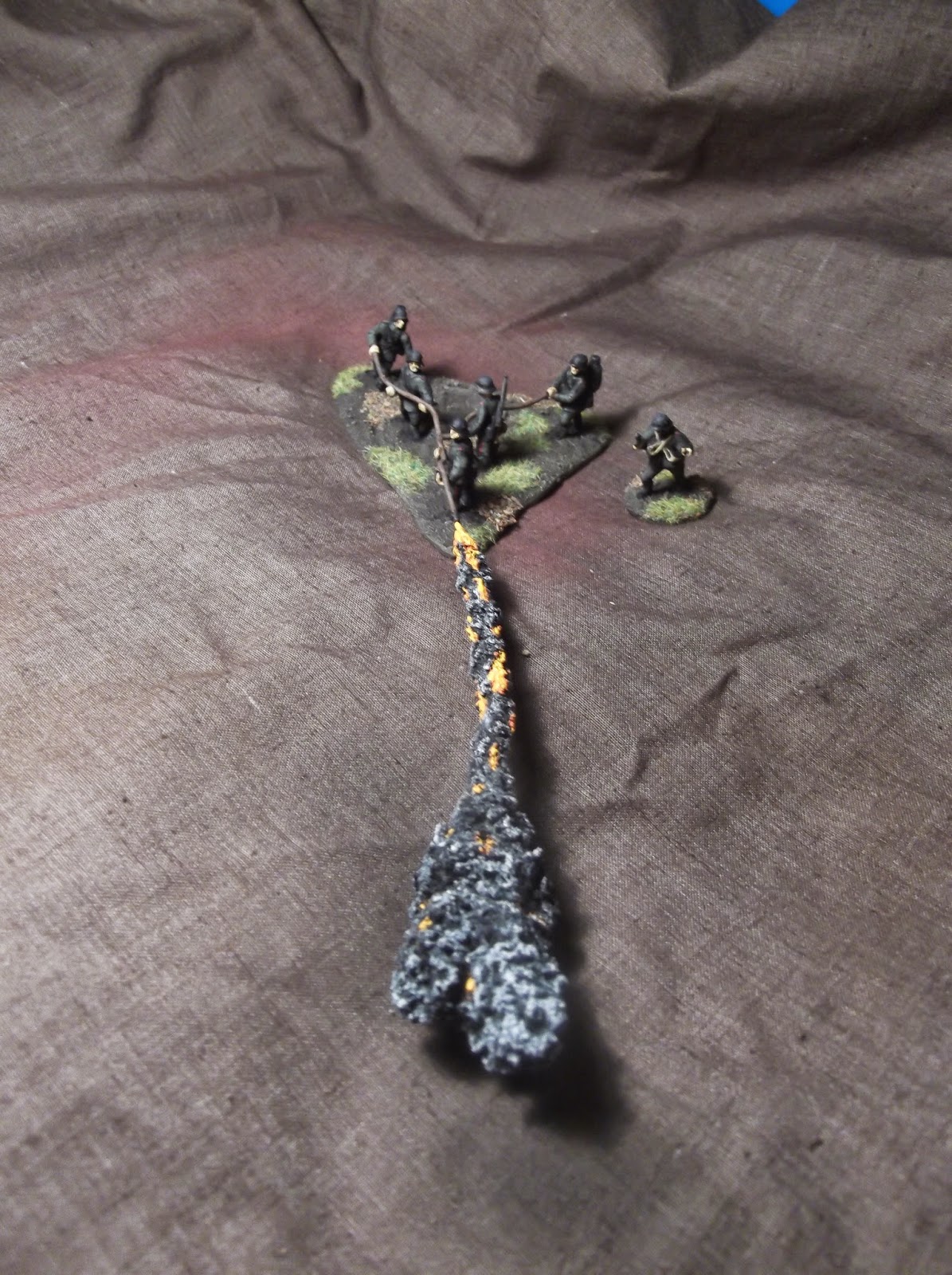 This was a nice diversion and was a pleasure to put together and paint. The fire marker really makes this set stand out.
Labels: 20mm Germans Infantry Through the Mud and the Blood WW1