Now the house move and Belgium have both come to an end, I am able to continue working on the Stalingrad project that I have steadily been chewing away at for a while now. The following support elements of the units I have already finished came from Peter Pig, these included these 81mm mortars, which I also crewed with some left over figures by Skytrex. There's one for each battalion here. 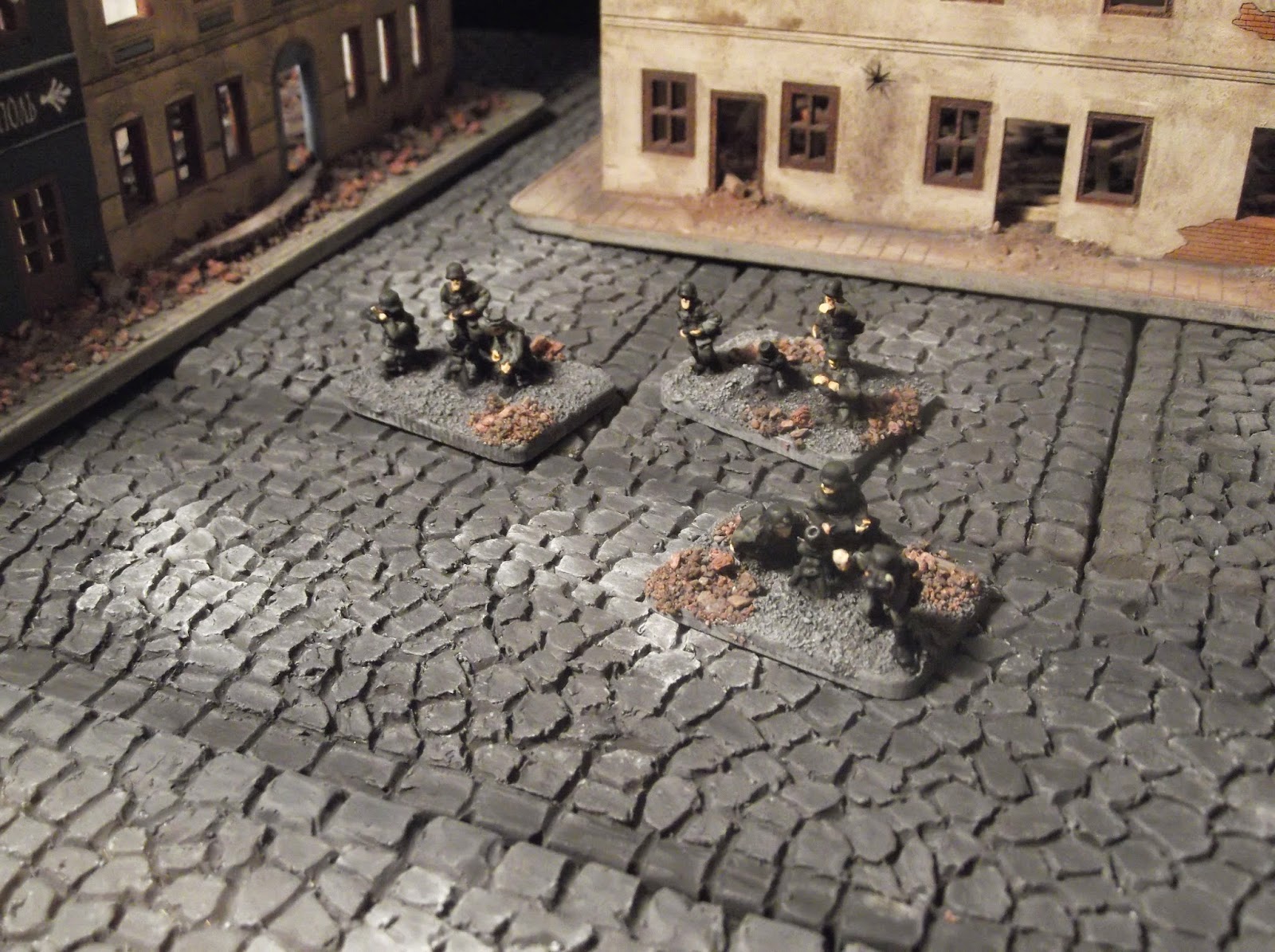 Also from PP were these six MG34 crews. There is two of these per battalion, enough to give the Soviets a serious headache. 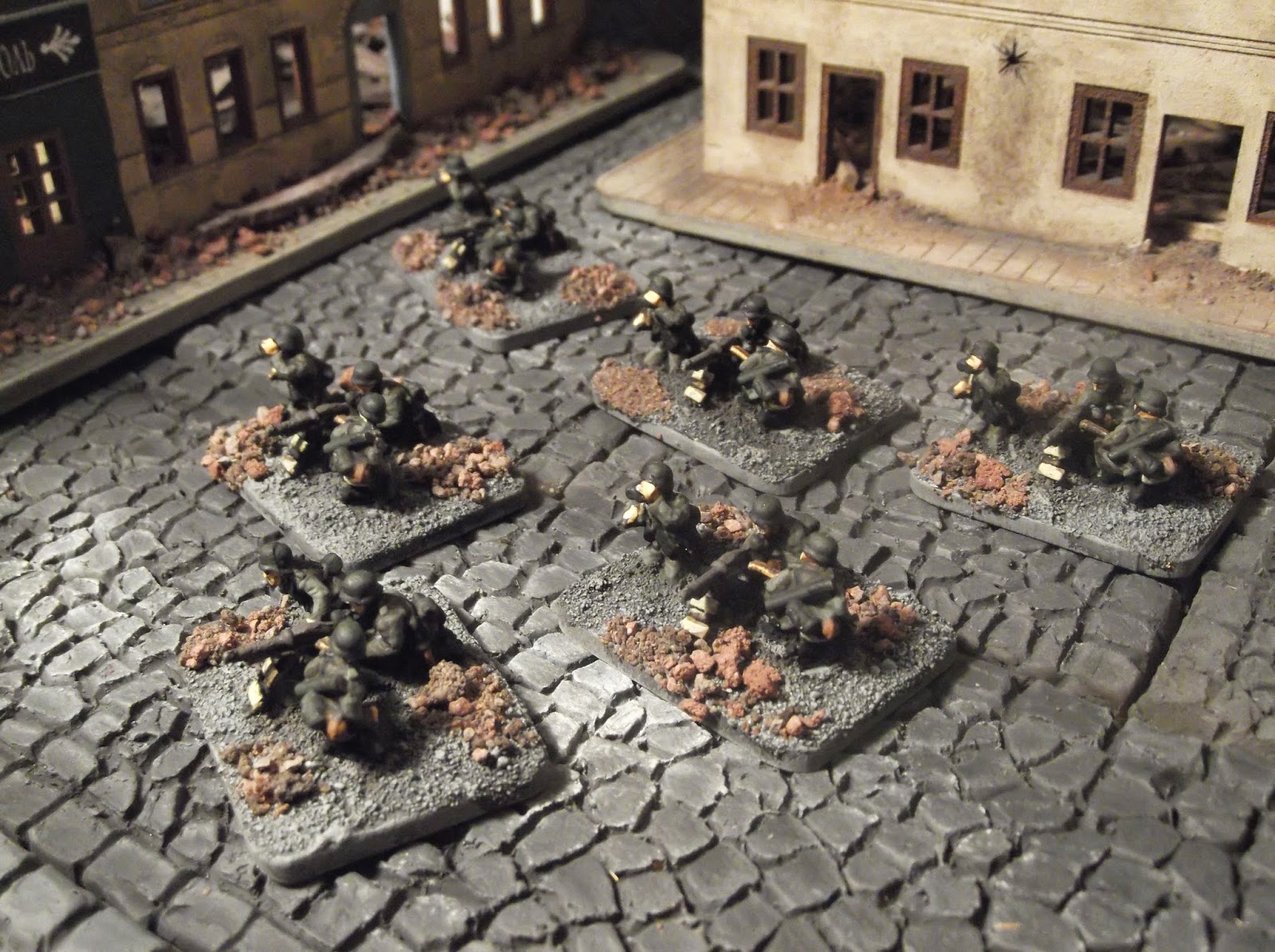 And finally for this batch of figures are the Battalion HQ for the second battalion. These are some more Plastic Soldier Company early war Germans and I had forgotten to paint these when I completed the second battalion, so they were done in conjunction with the other support weapons. 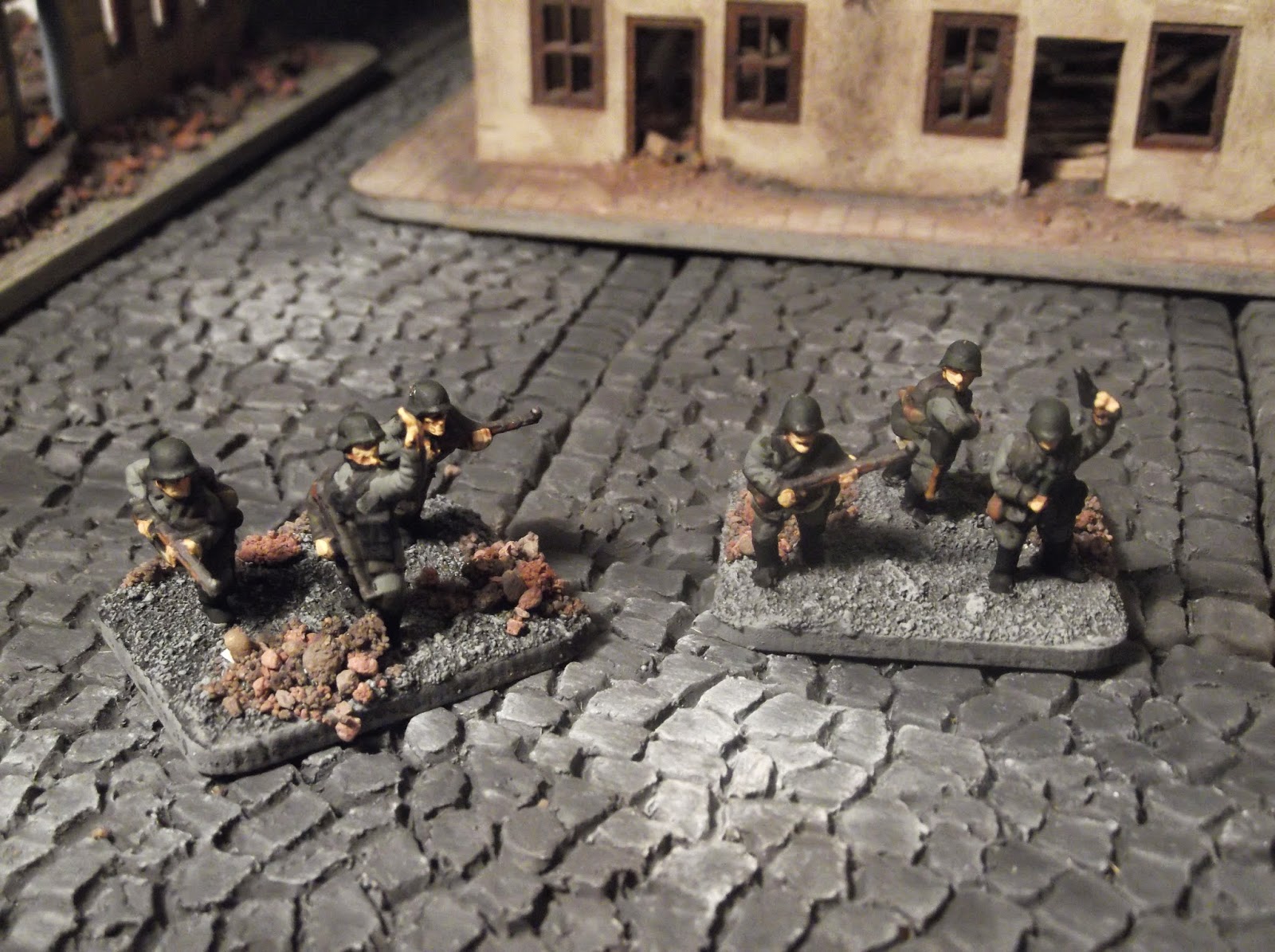 The onslaught continues, more figures are being added to the pile and soon I will have the Germans done. There is another battalion to finish and some engineers. This is not to mention all the vehicles, but that is all for another day! Thanks for reading!
Labels: 15mm Germans Infantry Peter Pig Plastic Soldier Company Rapid Fire Stalingrad