Repair Truck And Some Engineers for Stalingrad

The Stalingrad build continues with this repair truck. It's a really old Peter Pig model, I think, that I have had lying around for about twenty years. I never really knew what to do with it and it was painted in three tone late war camo. I thought it would fit in better at Stalingrad and painted it in German Grey with some added stowage. 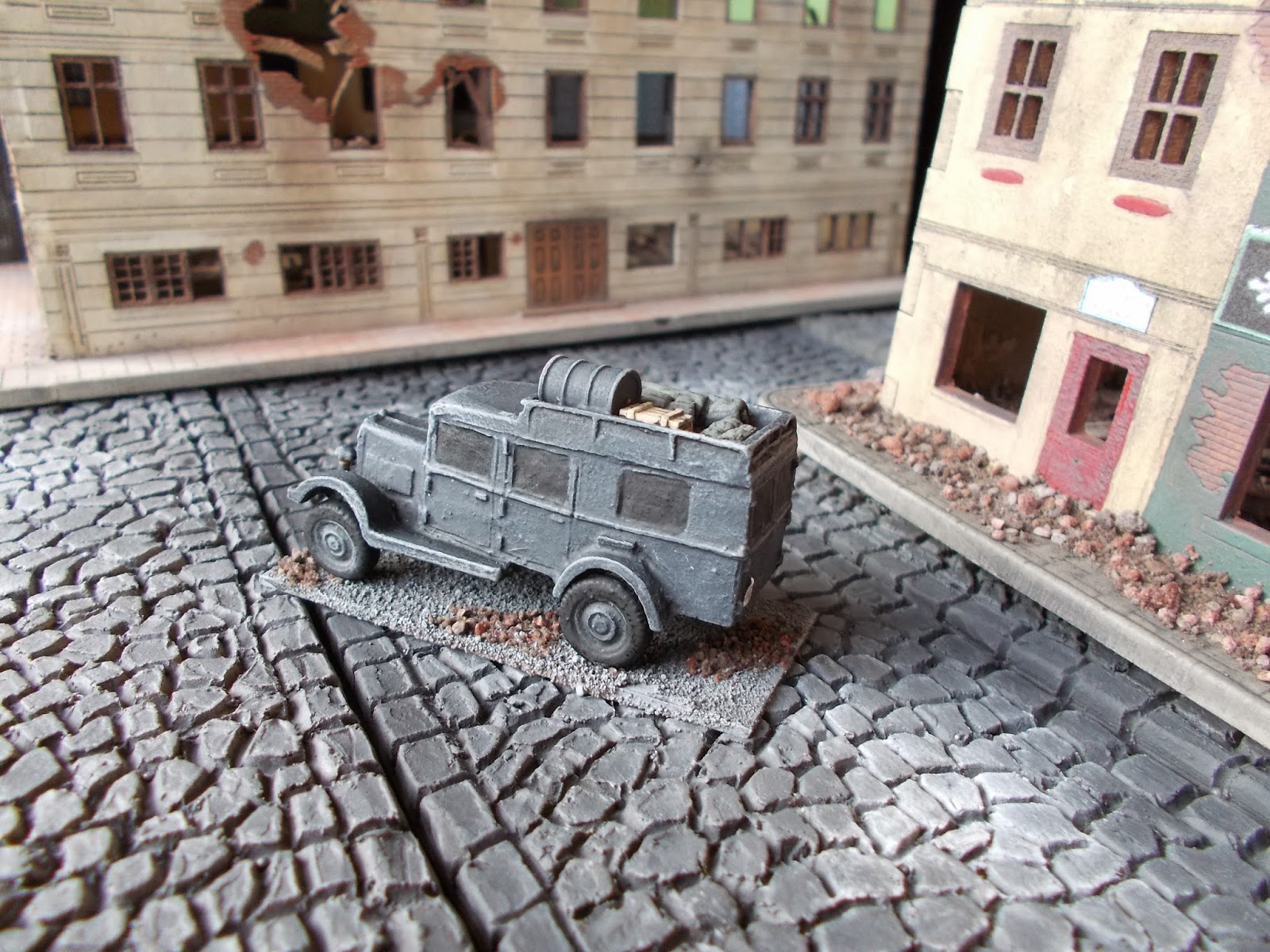 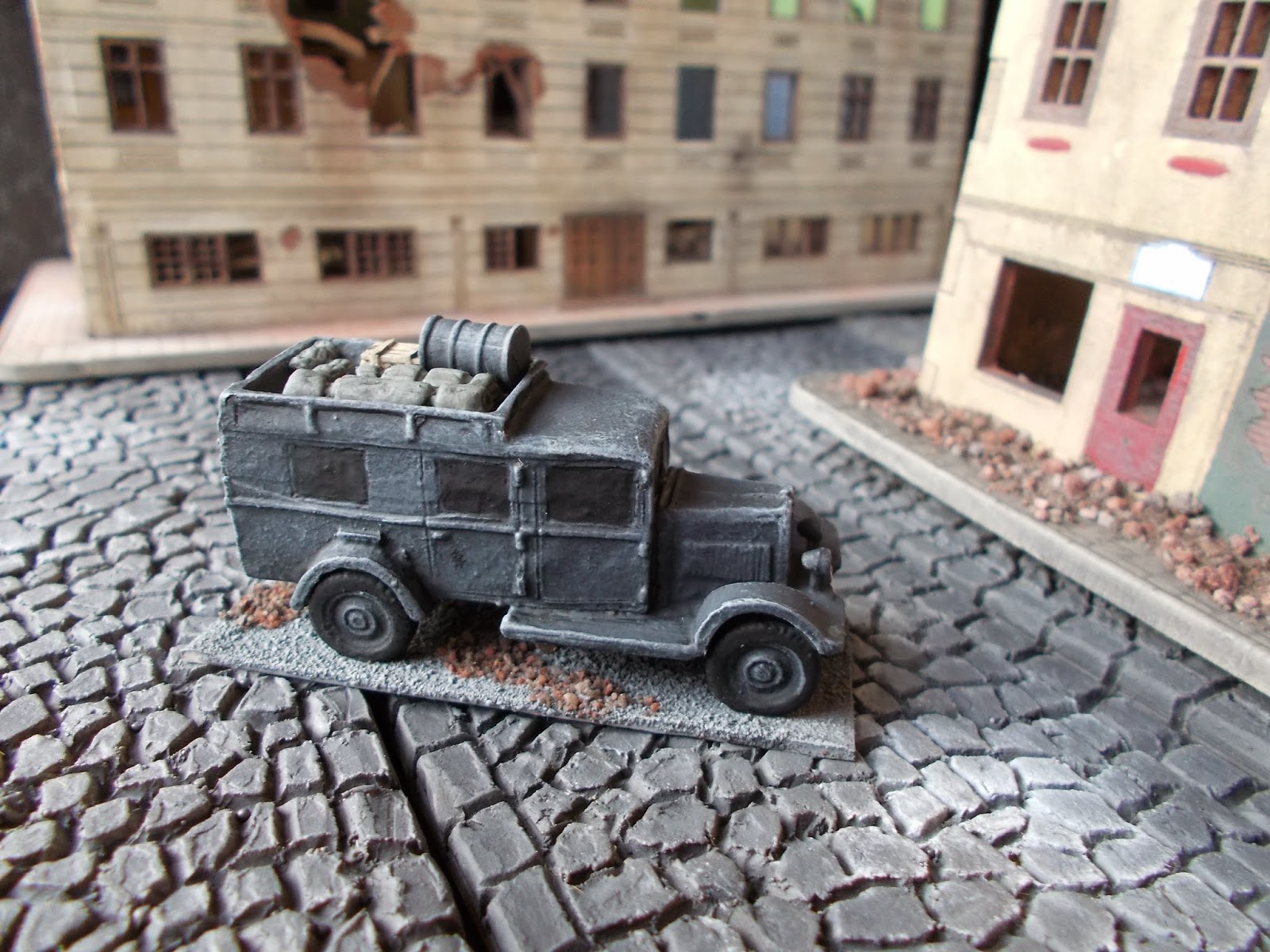 Then I added a Engineer company to the 544th Infantry Regiment roster. It consists of nine men including a flamethrower. 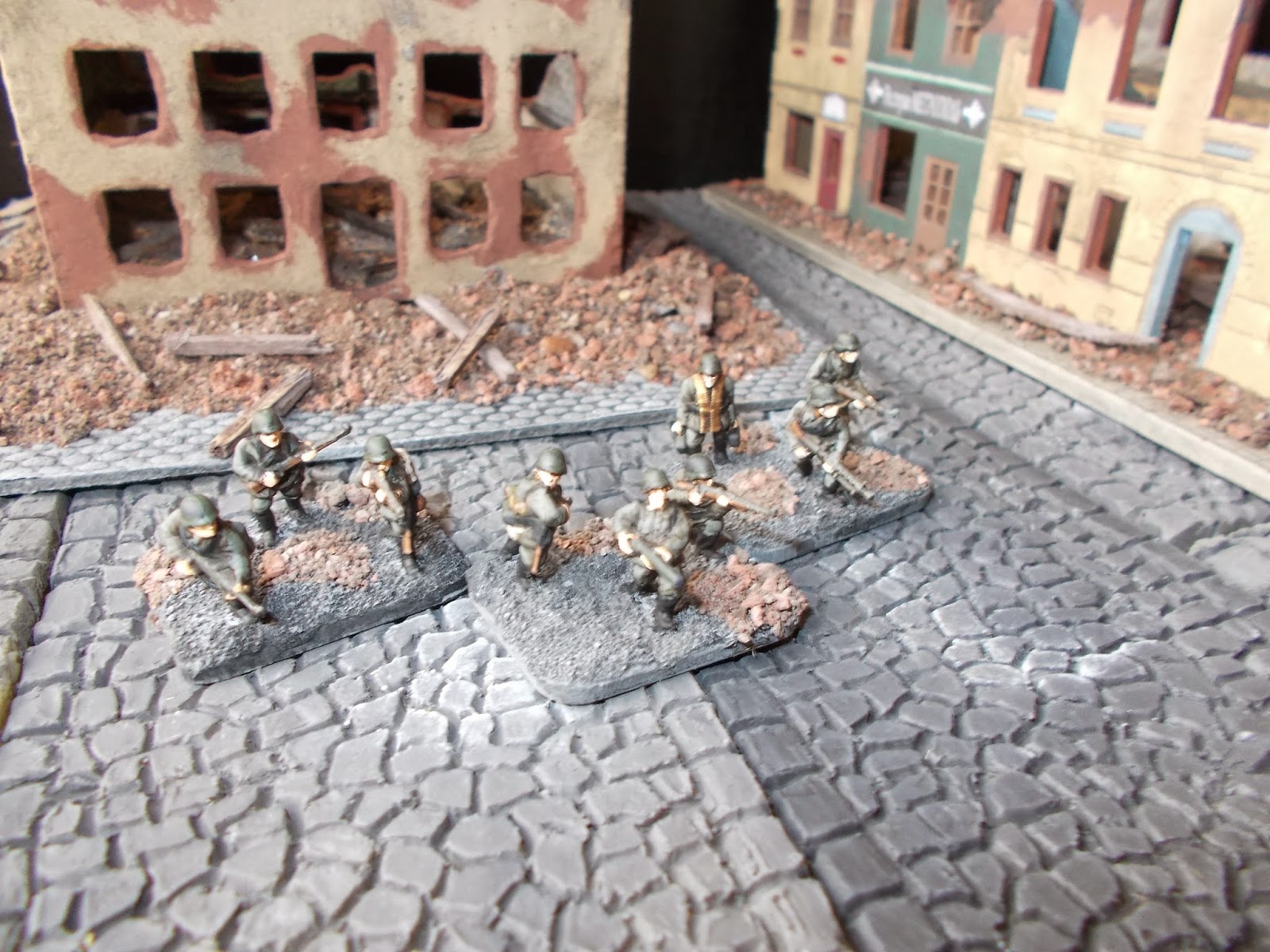 Eight of the figures are Plastic Soldier Company's new plastic Germans while the flamethrower is a Peter Pig model, so you can see how well the two different manufacturers blend together. 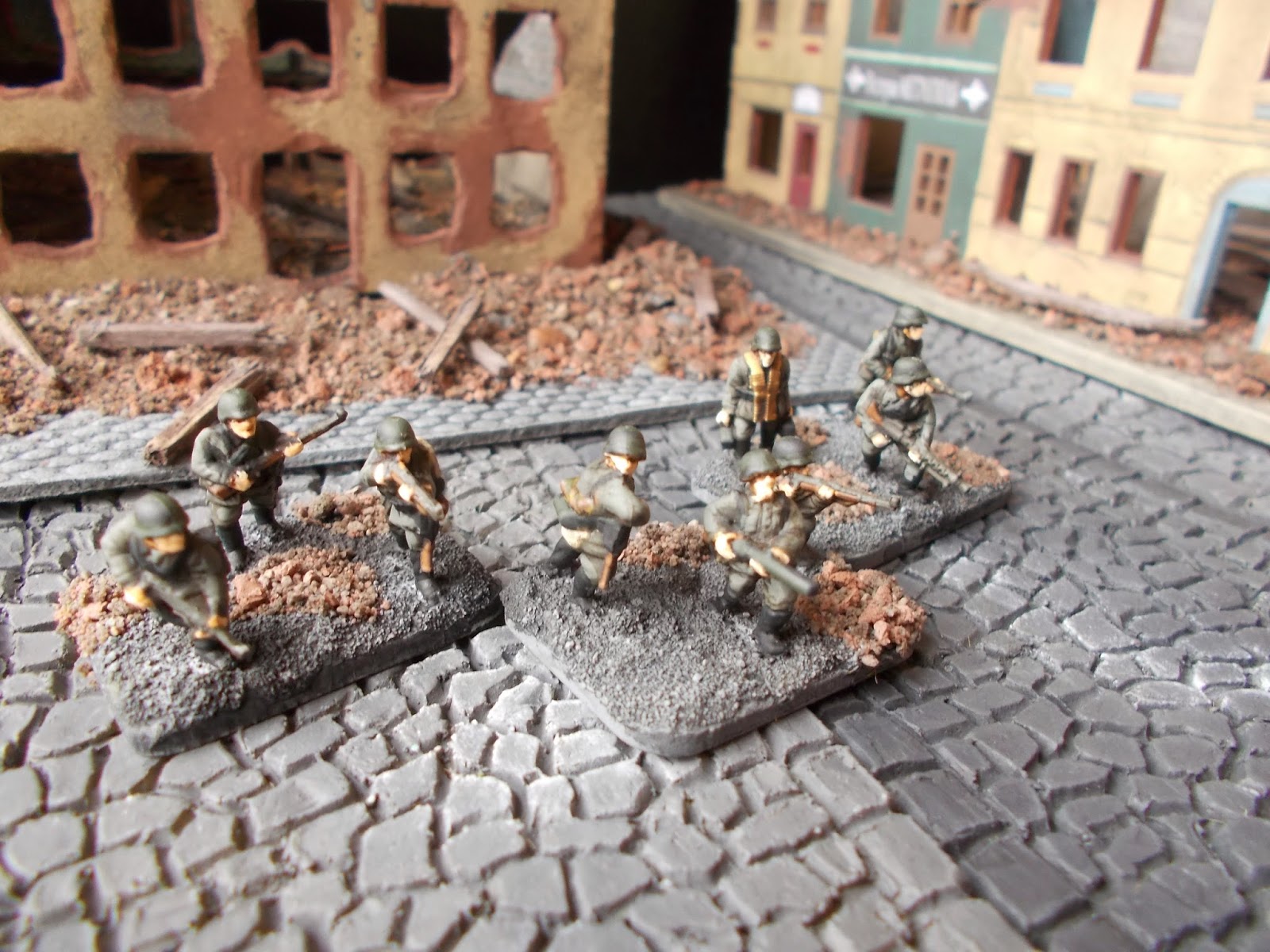 This project is not even half way through at the moment and I have a lot left to work on, so I don't expect it will be finished any time soon, but I will keep plodding away at it, like the 6th Army trying to reach the Volga...
Labels: 15mm Germans Infantry Peter Pig Plastic Soldier Company Stalingrad WW2