Bring out the Big Guns!

I have been slowly working towards the wargaming Holy Grail of Stalingrad for many years. Gradually the scenery is coming together, so are the ground forces, based on the lists in the third Rapid Fire! supplement. This has been given a great boost with the release from PSC of the early war German infantry, which I covered in a previous post. However, I still needed a few more bits and pieces, like this 15mm StuIG 33b, the ridiculous German 150mm assault gun.  This one is from Battlefront (and cost me an arm and a leg...) and is a good little model. Crisp and clean mould lines and an easy assembly. 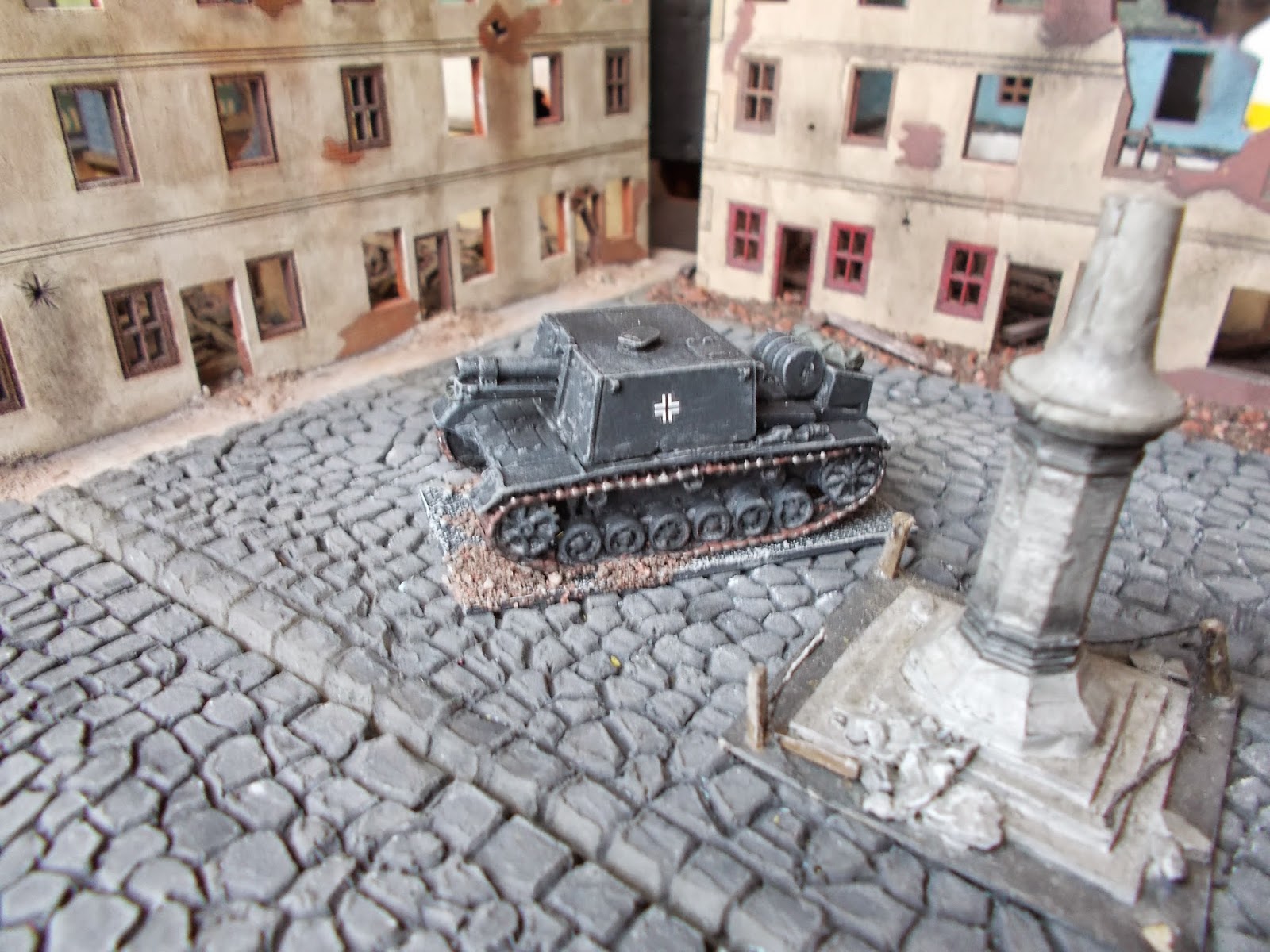 The lists in the RF supplement require only one of these beasts, only twelve were dispatched to the Stalingrad battle, so this one model represents five of those. 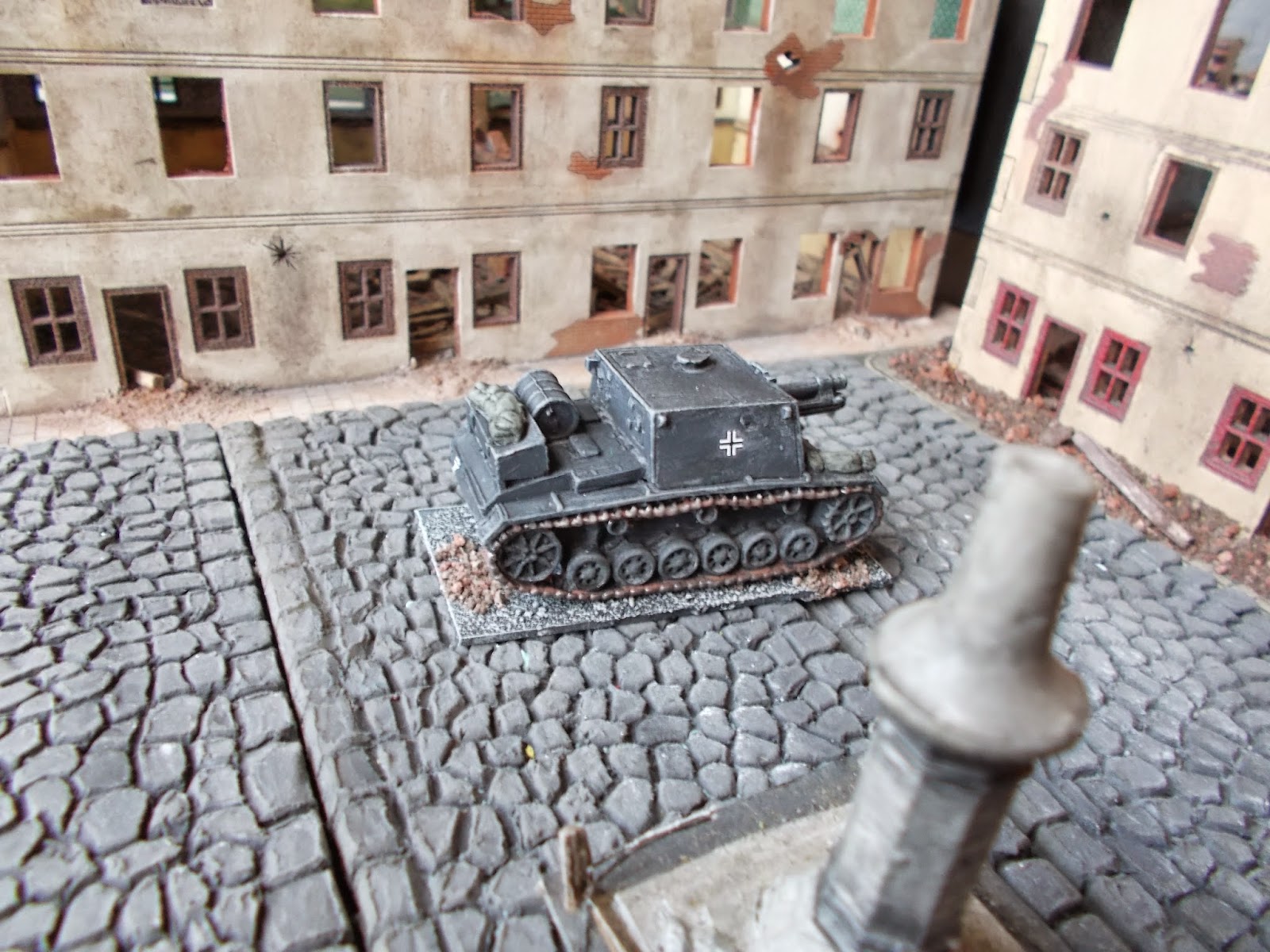 As this was specifically for urban street fighting I painted the base grey and put rubble on it, rather than the usual static grass. 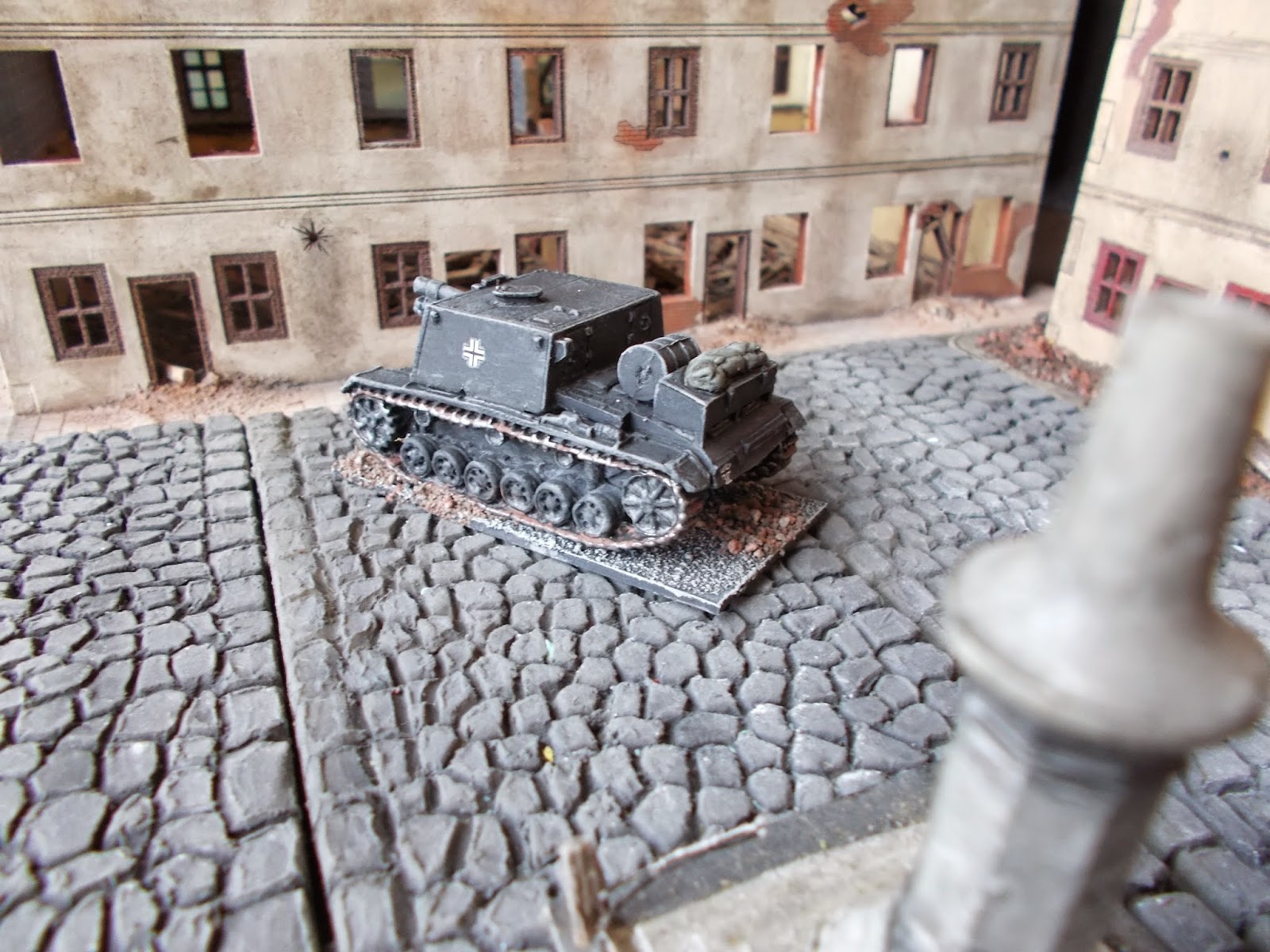 The stowage was added and comes from various manufacturers, same with the decals. 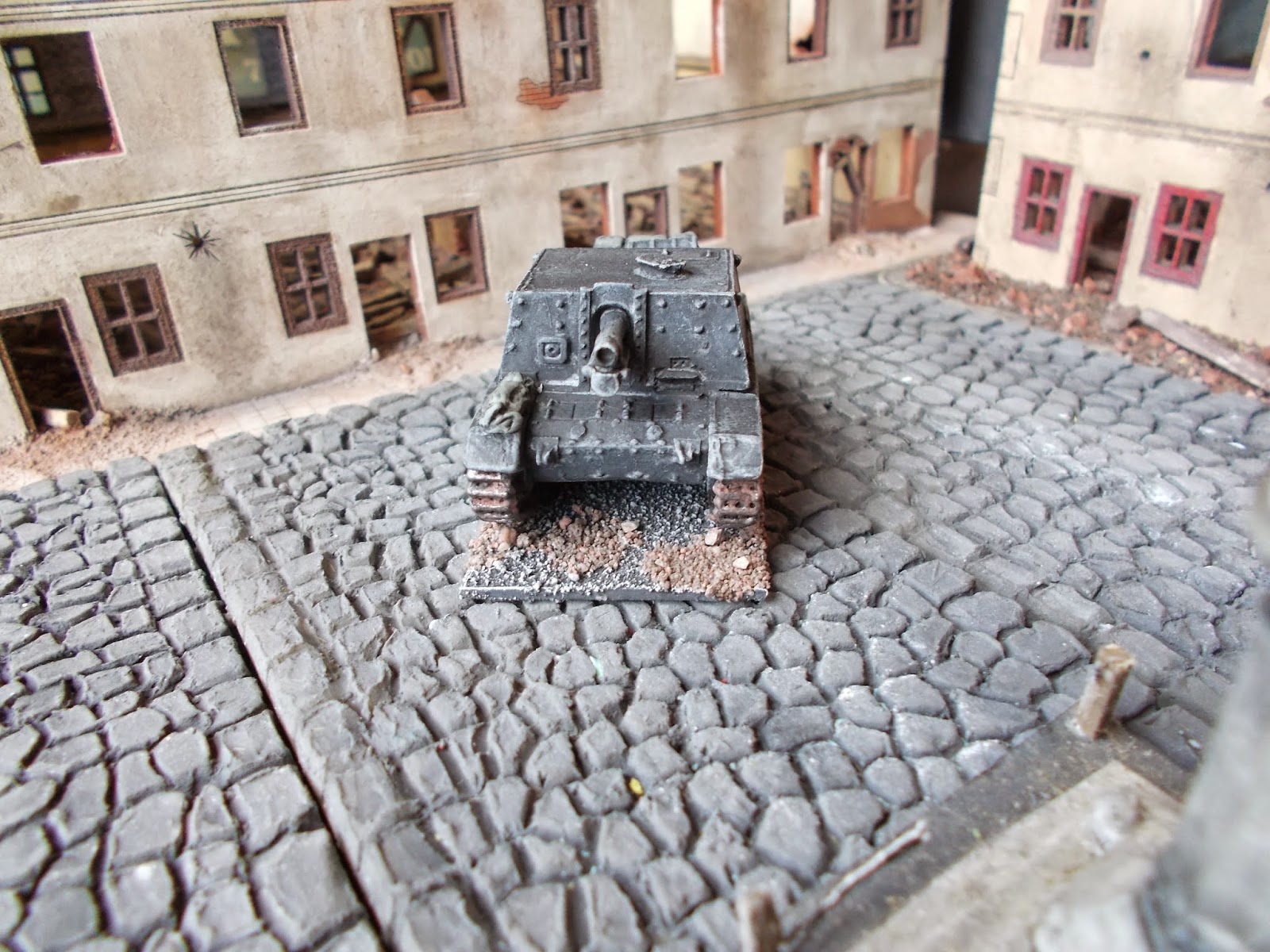 This is an ongoing project and is no where near finished, so keep checking back for more updates in the future! Thanks for looking!
Labels: 15mm Battlefront Germans Stalingrad Tanks WW2