Battling with the Brisfits, Wings of Glory AAR and Romans!

Before we begin, allow me to tell you about some items I am selling EBay after having a clear out of the old lead mountain. You can find the various items HERE and they include a lot of WW1 and WW2 15mm figures, plus some other bits and pieces.


Today, I have spent the day surrounded by Romans. 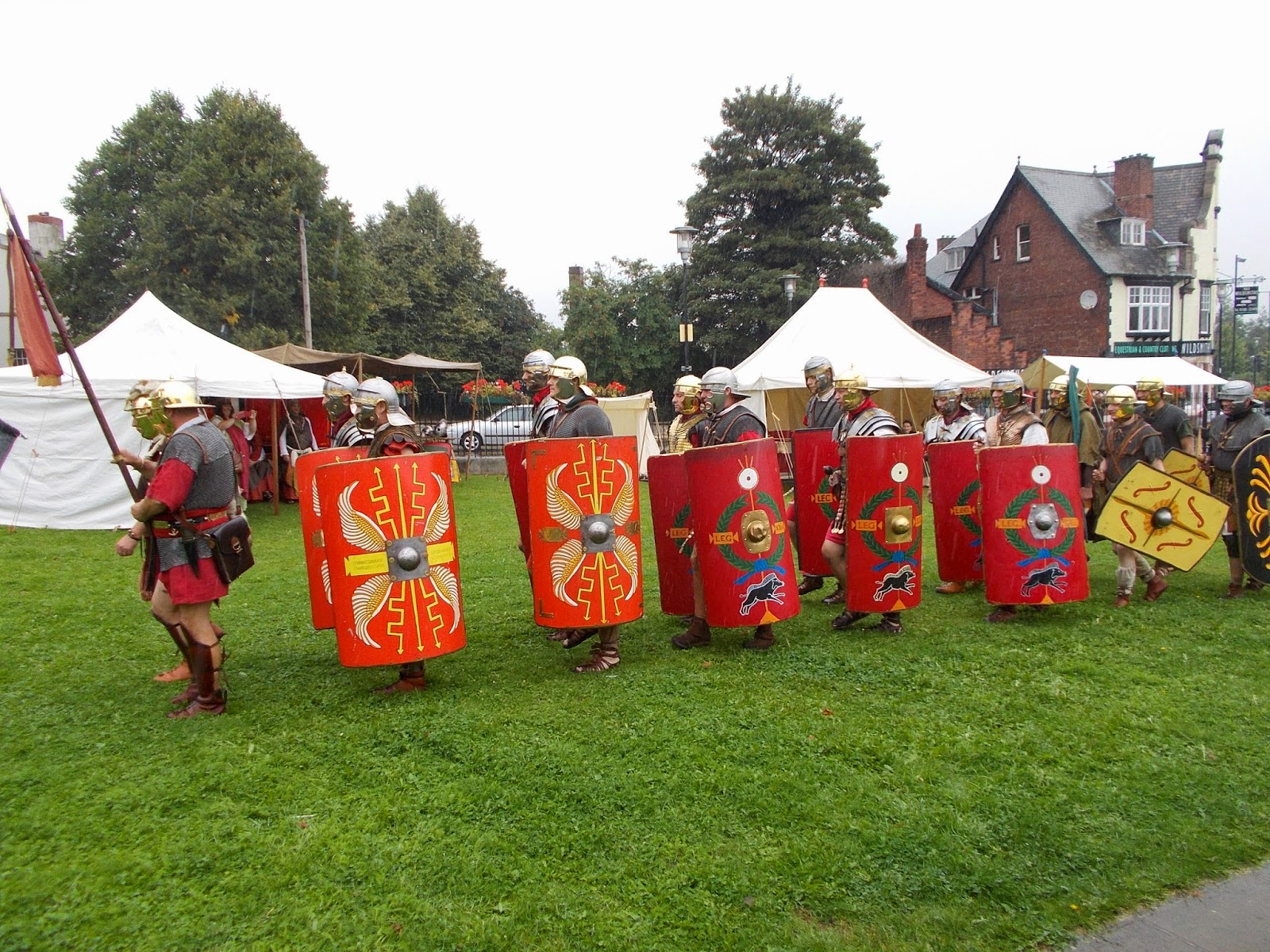 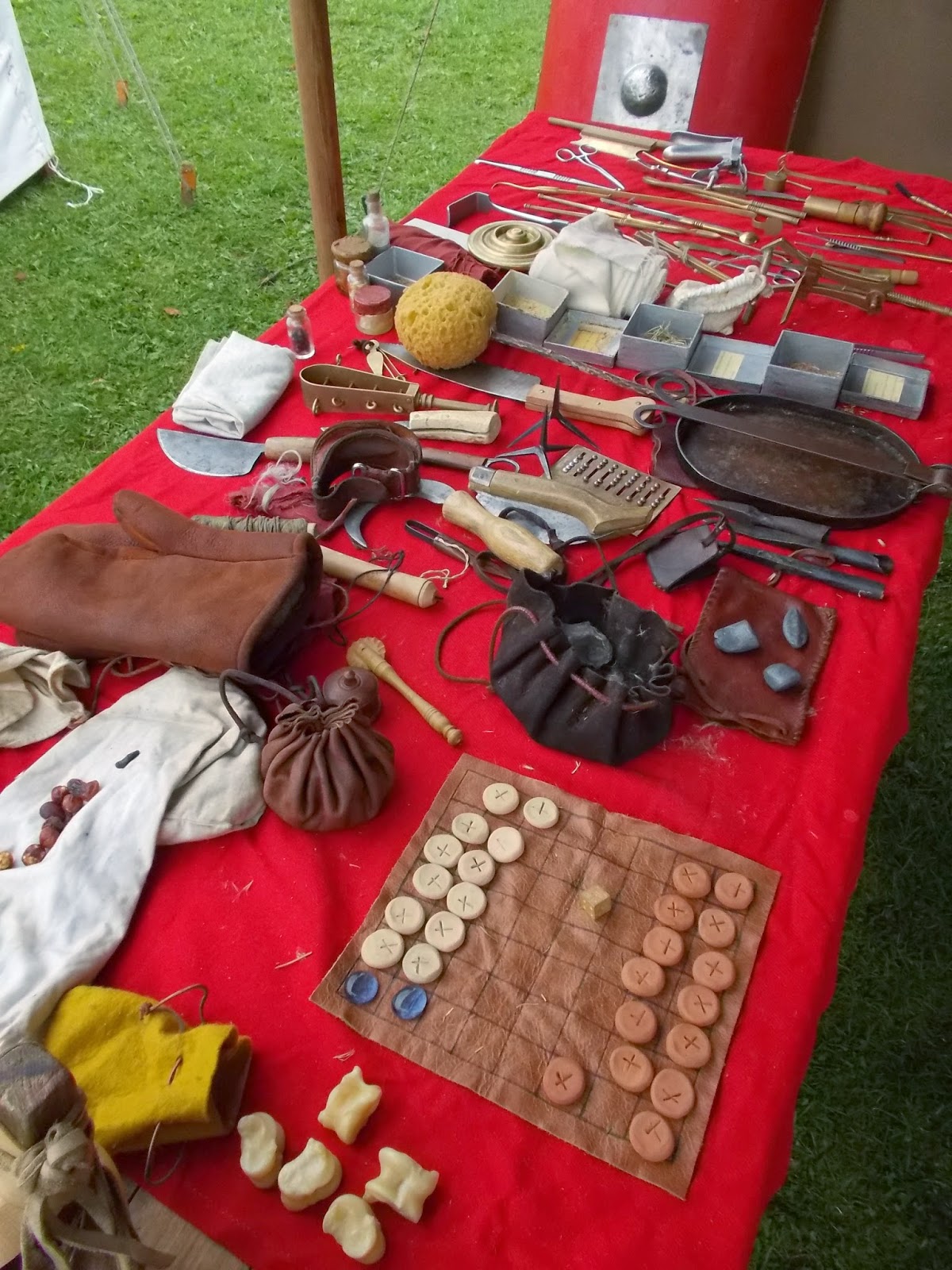 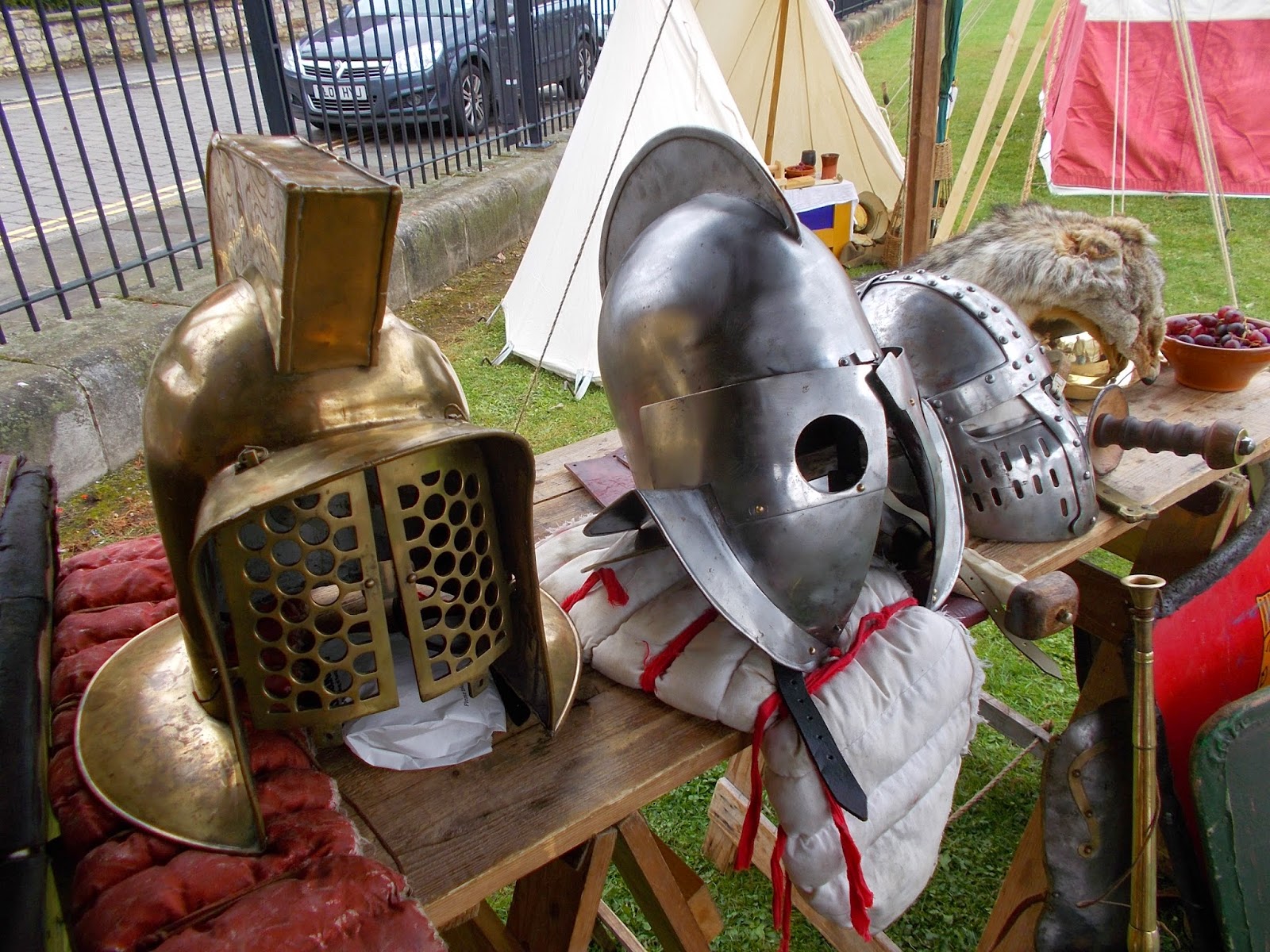 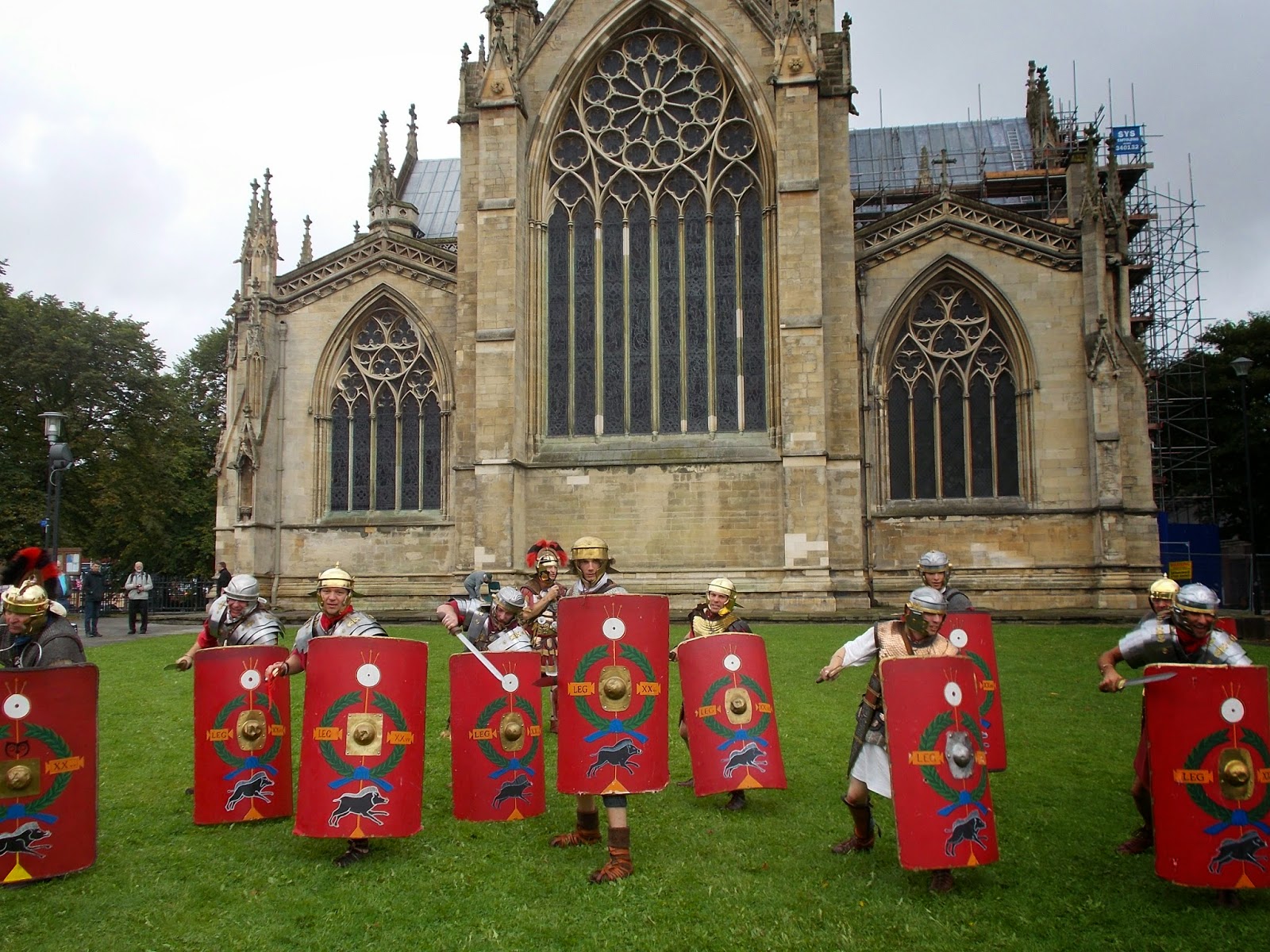 Last Sunday, with Dean ill, we played a game of Wings of Glory as it wouldn't be too taxing for him. Ninjasaurus declined the offer to join us for whatever reason, so we settled on three planes a side. I have been wanting to use my new Series Seven aircraft for a while now, especially the Bristol Fighters, so three of them were pitted against two Albatros DVa and a Halberstadt CL.II (also from the new range!). Here the three Brisfits look suitably menacing: 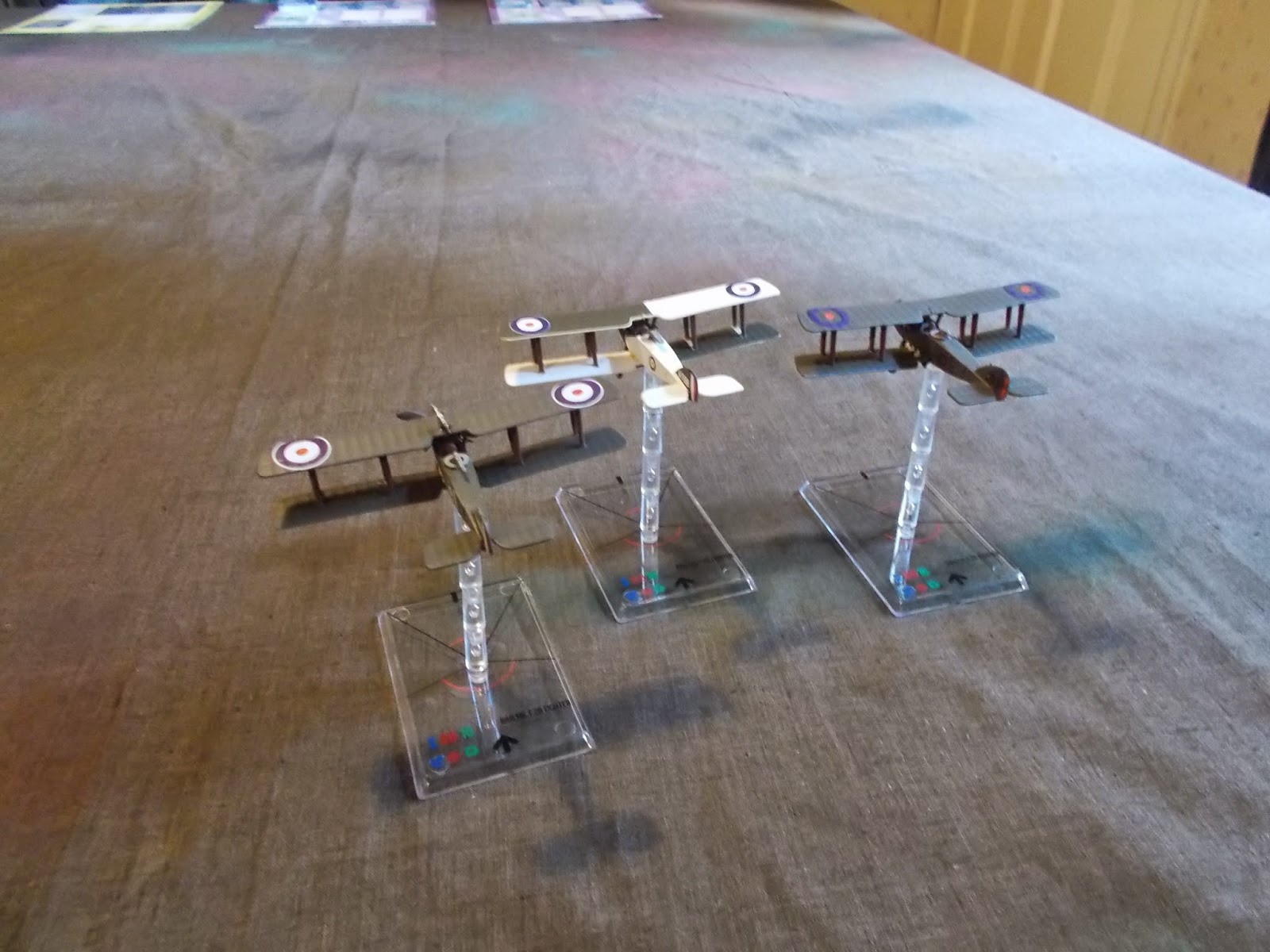 Dean's job was to protect the CL.II with the two Albatros whilst my mission was to destroy it, simple stuff, for simple chaps. The Brisfits closed in in tight formation as the Germans looked as though they were separating. 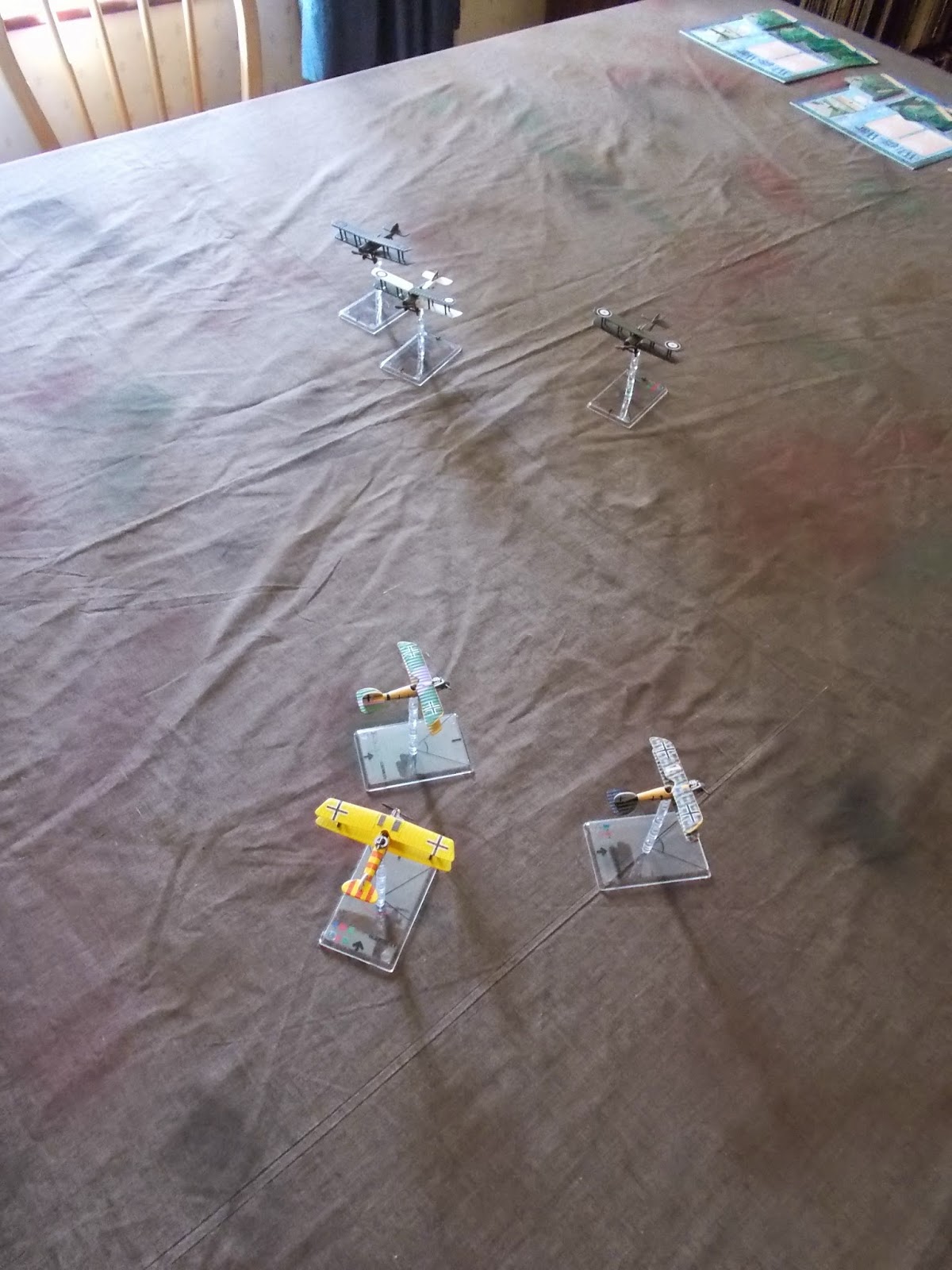 I was hoping that the CL.II would go port, so I sent two of my Brisfits that way, however, Dean surprised me by sending all his aircraft to the starboard and straight at my solo Brisfit! 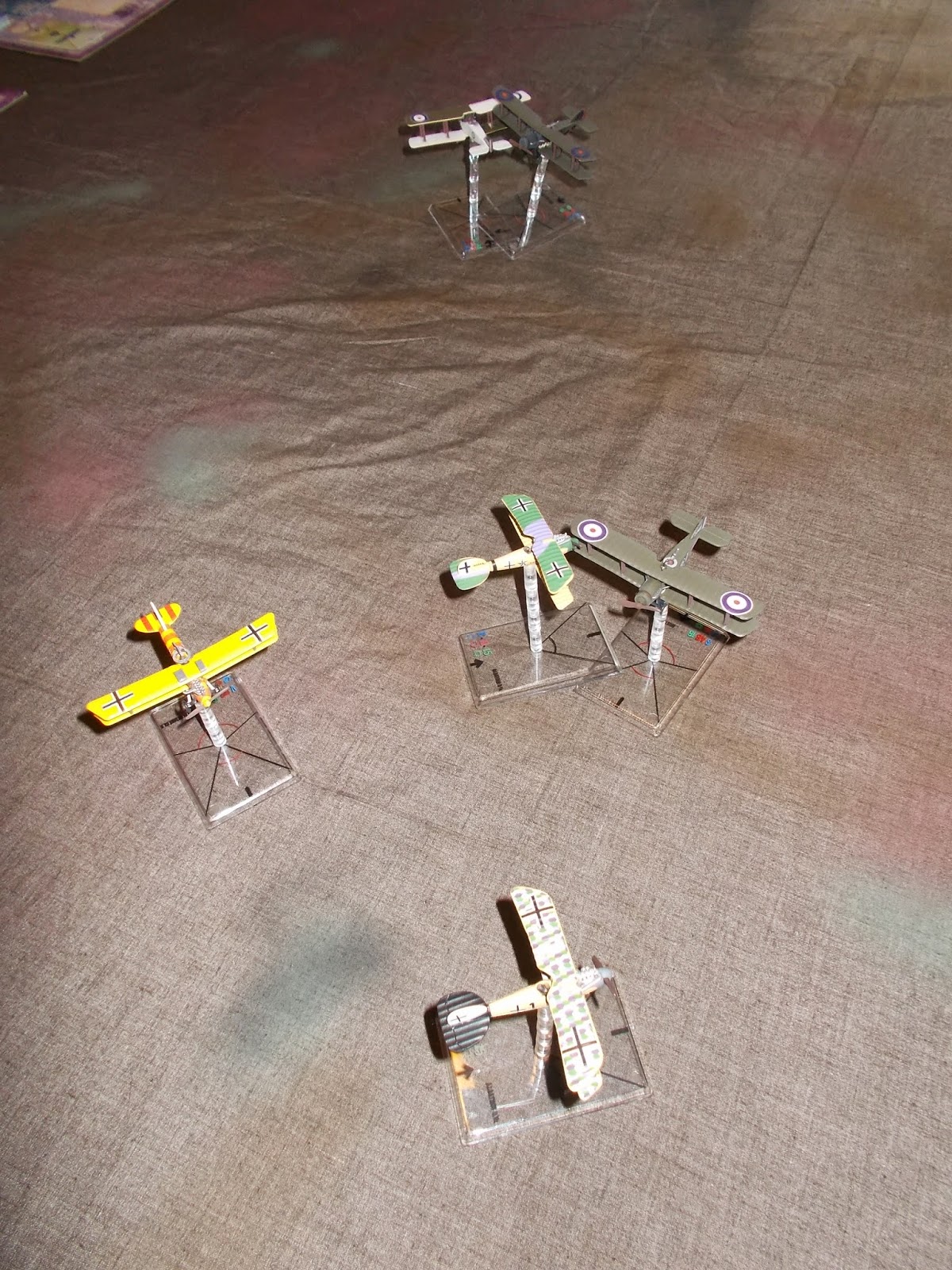 A furious burst of fire left an Albatros smoking, but I didn't escape lightly and took a lot of damage as well. 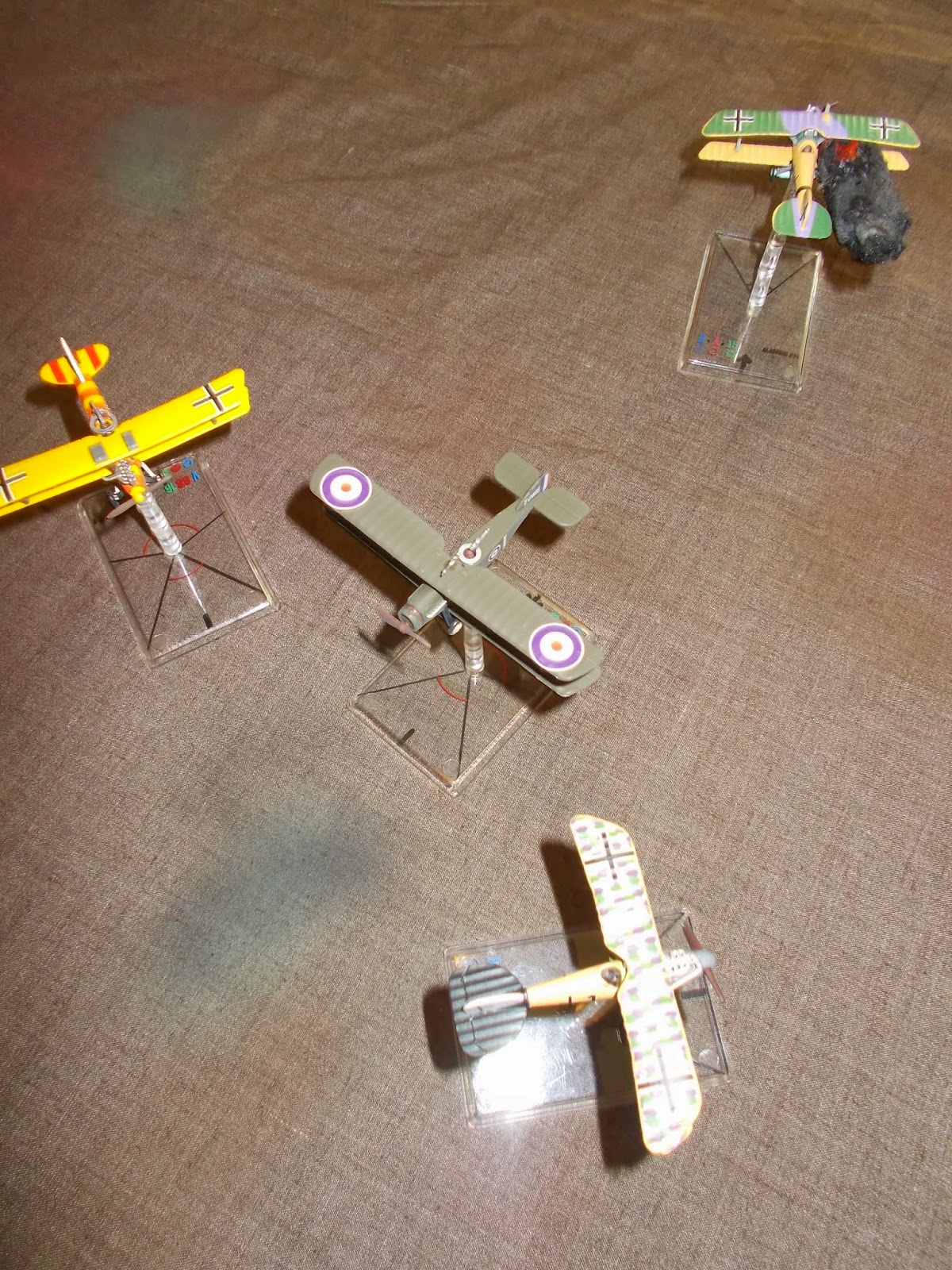 Then the Halberstadt came into view at close range, what a target! Unfortunately the Brisfit's guns were jammed from the previous turns firing! 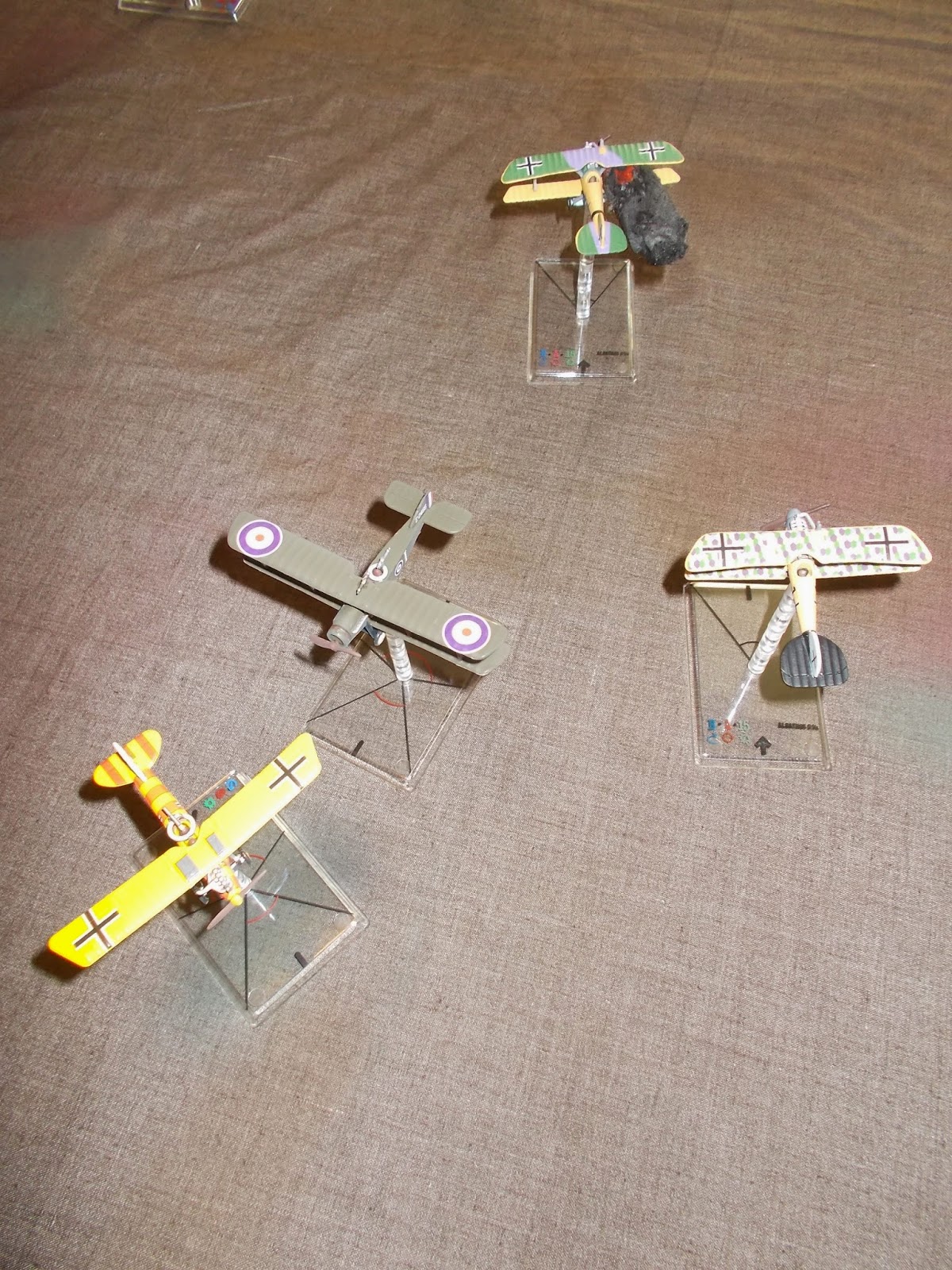 So he escaped unharmed until I was able to swing the rear gunner into action, of course this meant that I got a burst of fire as well from his rear gunner. 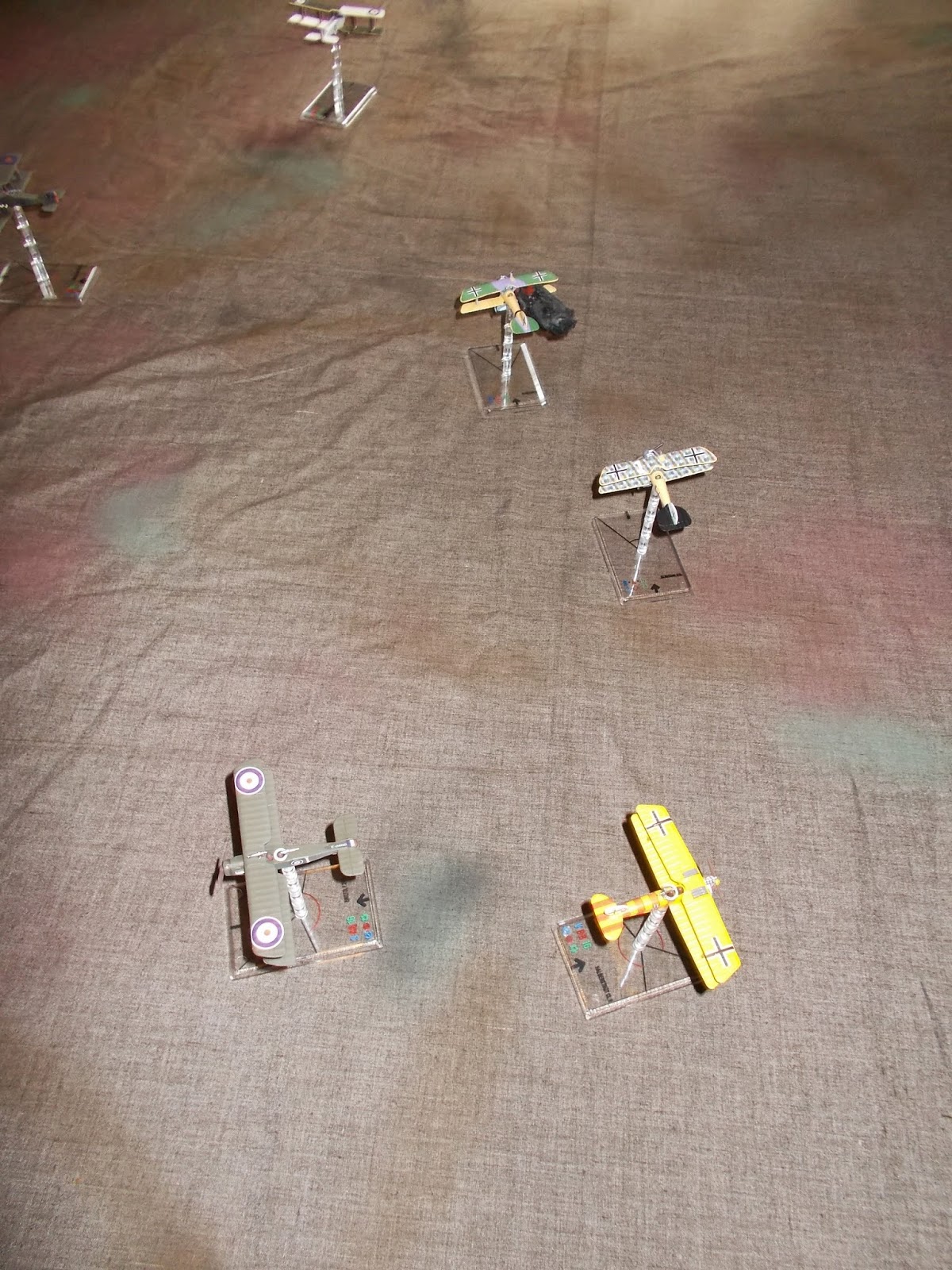 After a few mistaken turns the other two Brisfits were brought back into the fight and they pressed home their attacks. 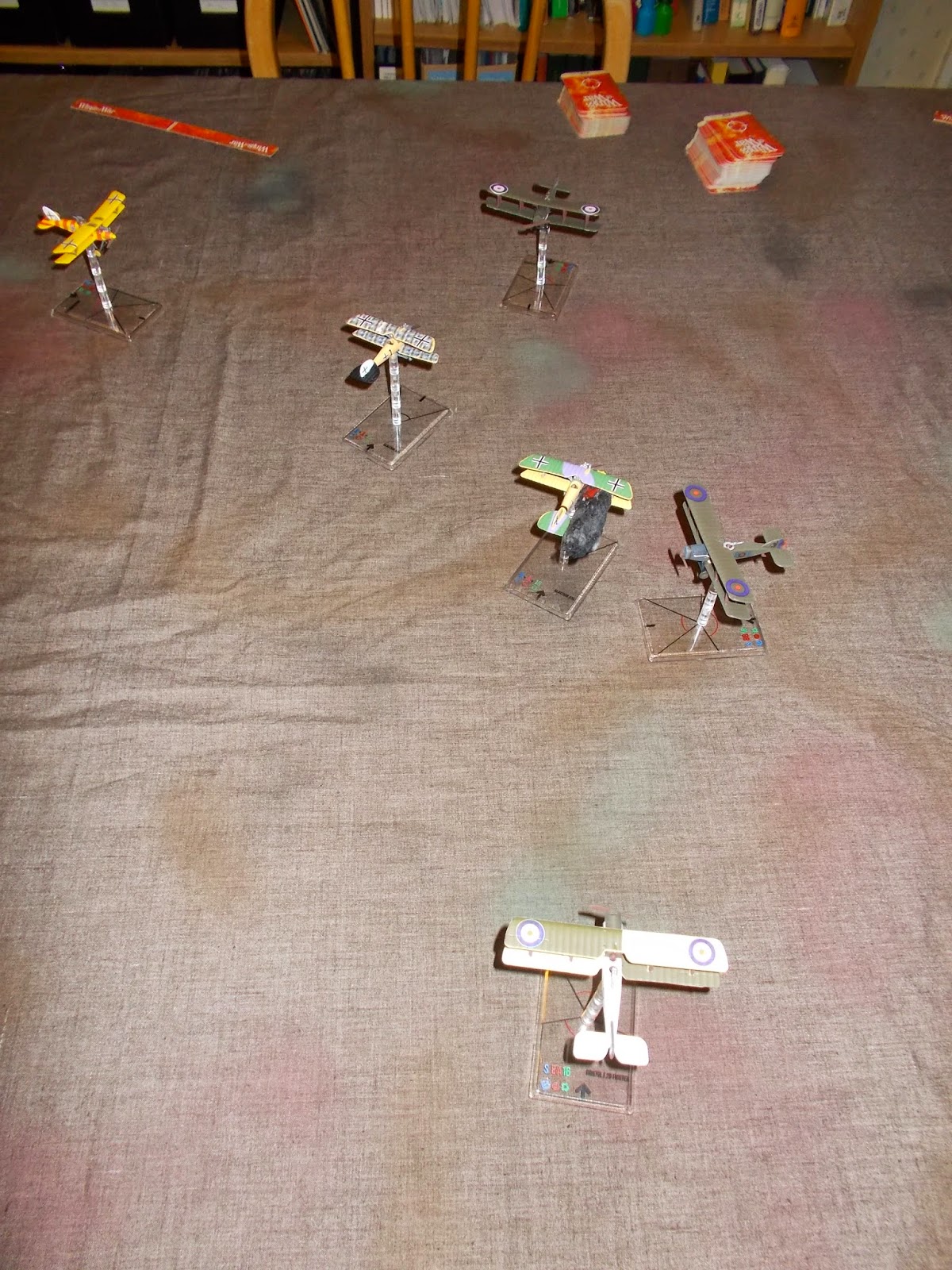 Things were hotting up for my solo Brisfit, who burst into flames from the guns of one of the Albatros! 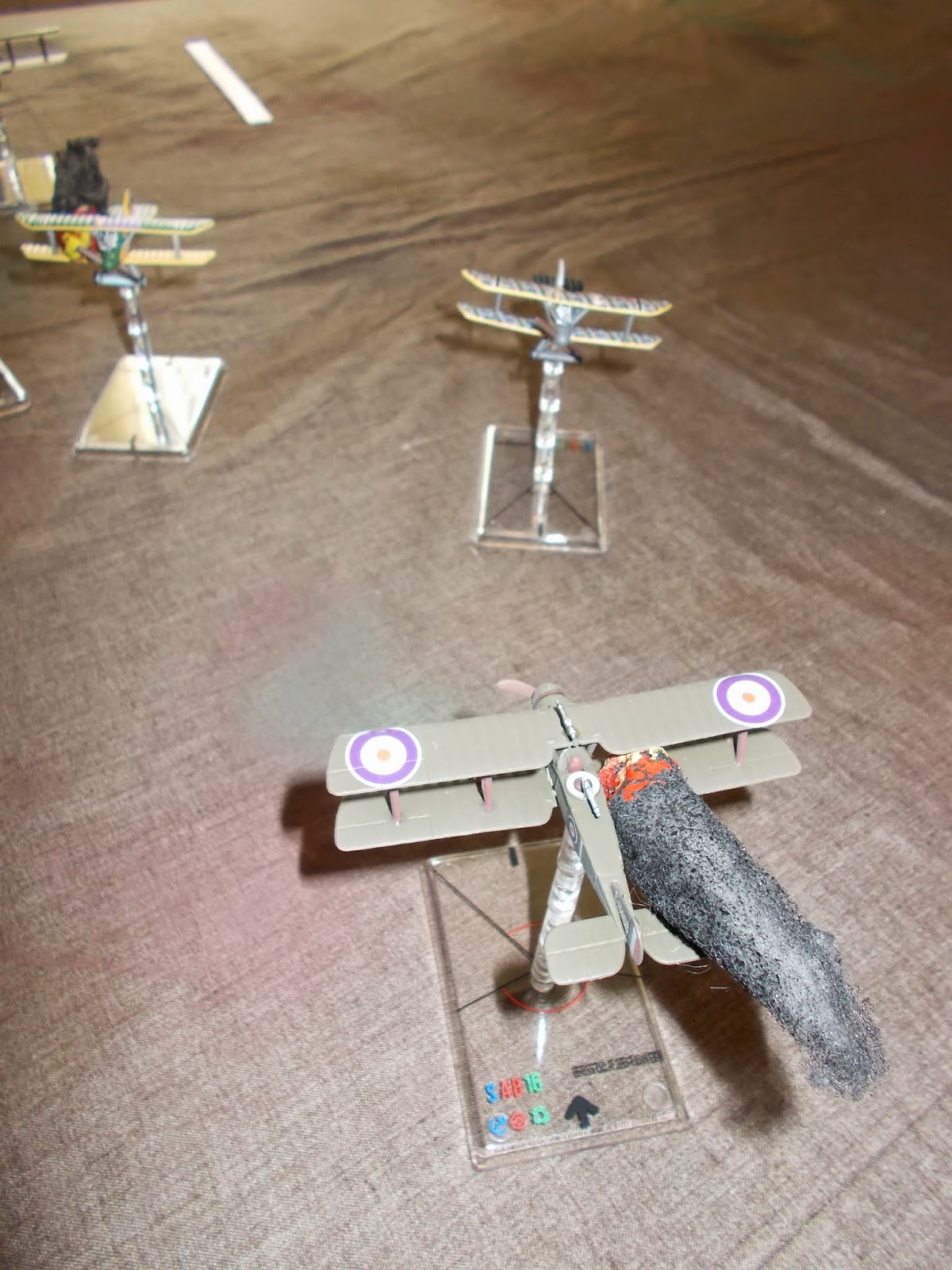 But in the melee that followed the Albatros exploded, a fuel line must have been hit and the wreckage went tumbling to the ground. 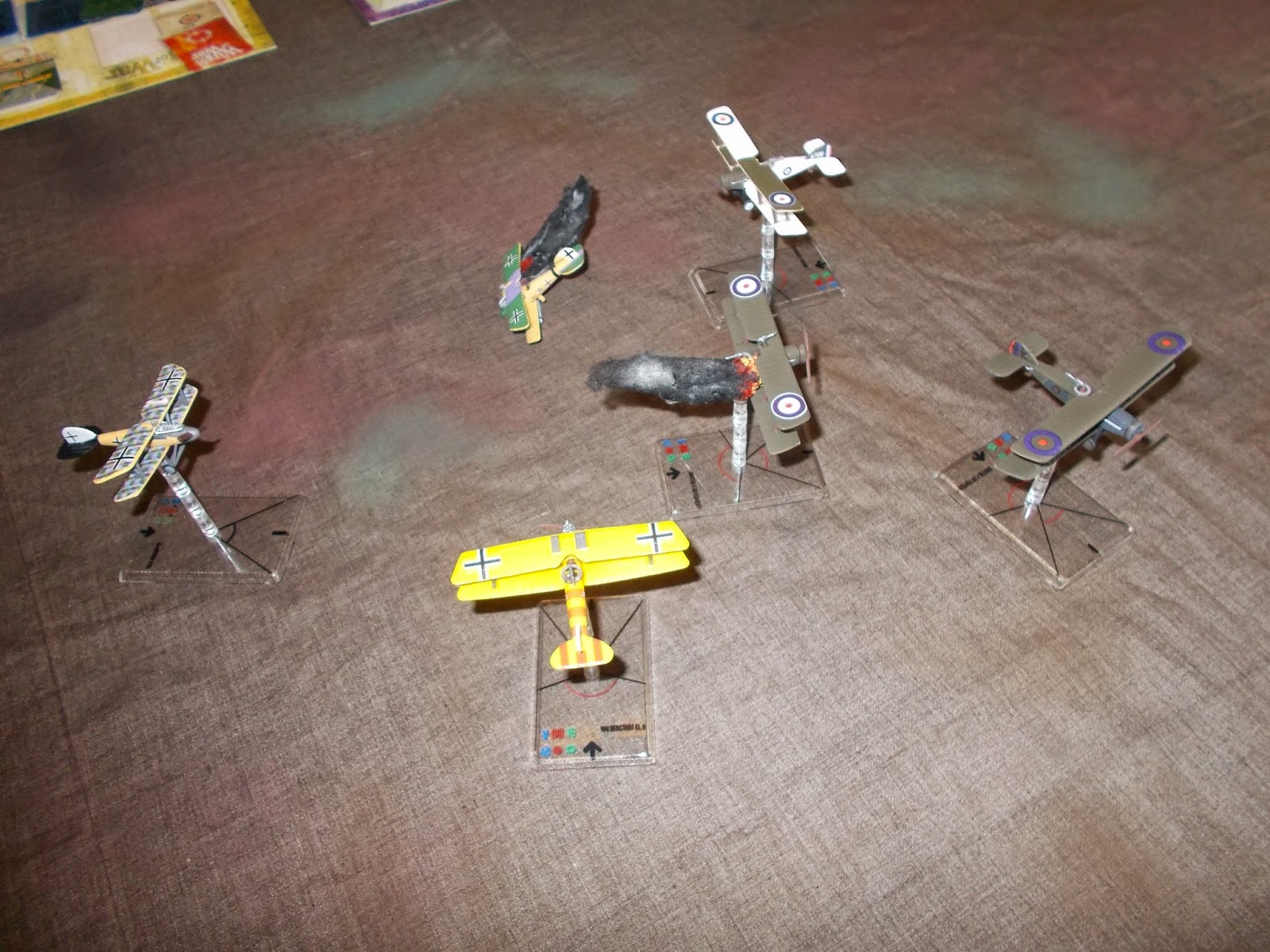 The single Brisfit managed to set the remaining Albatros on fire, but fell to the guns of the Halberstadt (also burning from more Brisfit fire!). Everything was even Stevens! 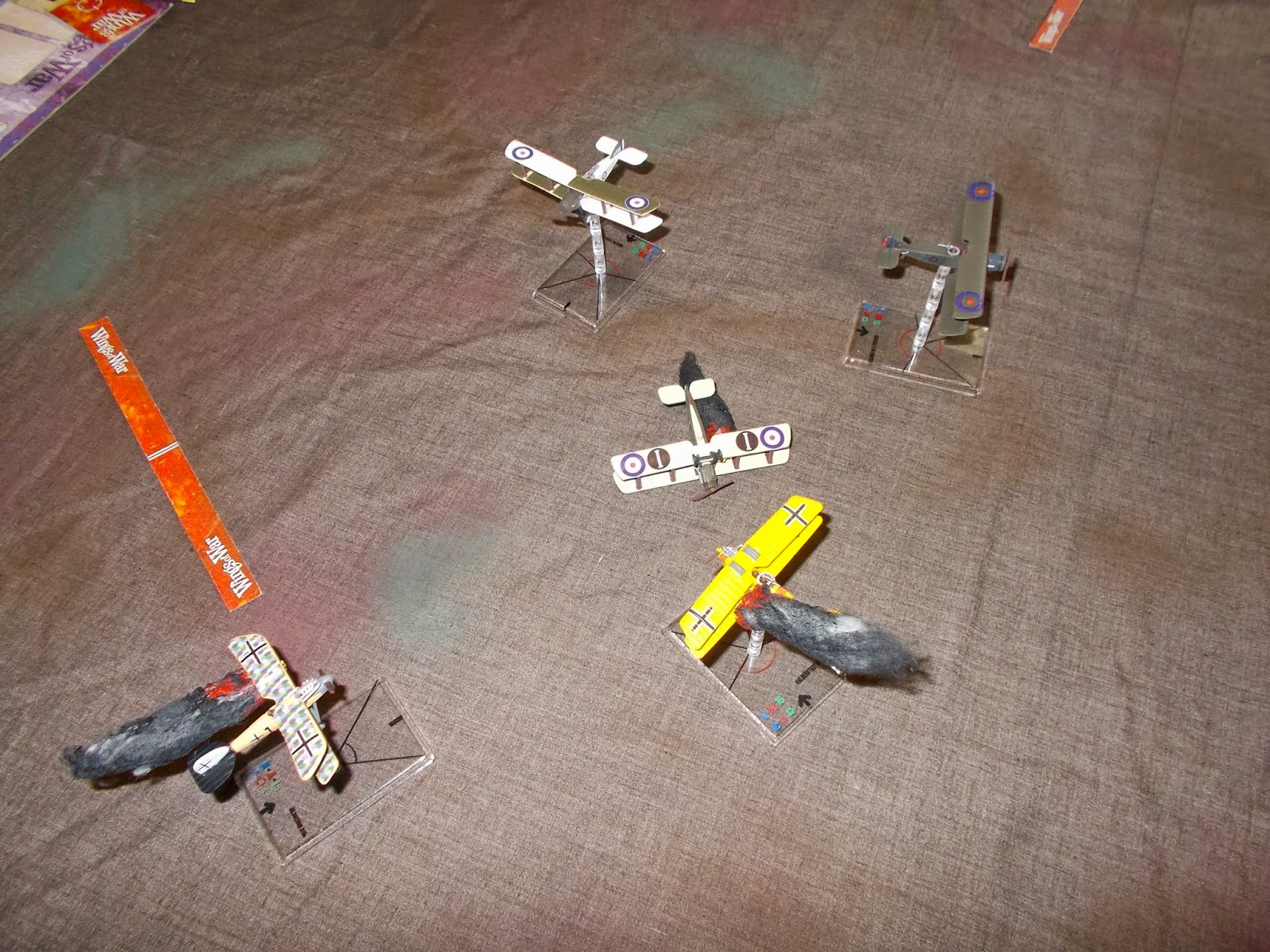 Then a mid-air collision was narrowly avoided, but everyone took advantage of the short range to cause as much damage as possible. 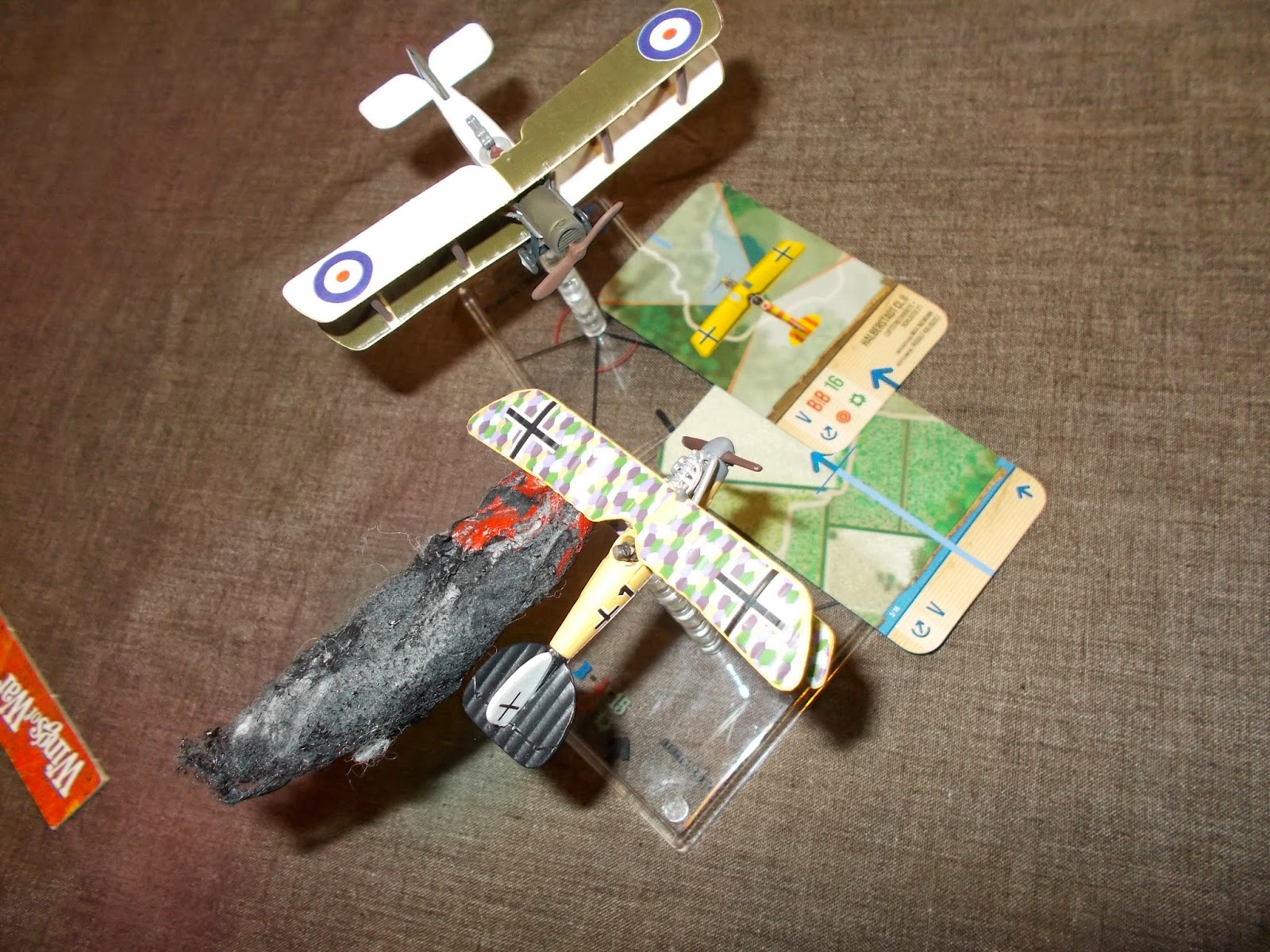 The Germans came off better and another Brisfit went spiralling ground-wards! 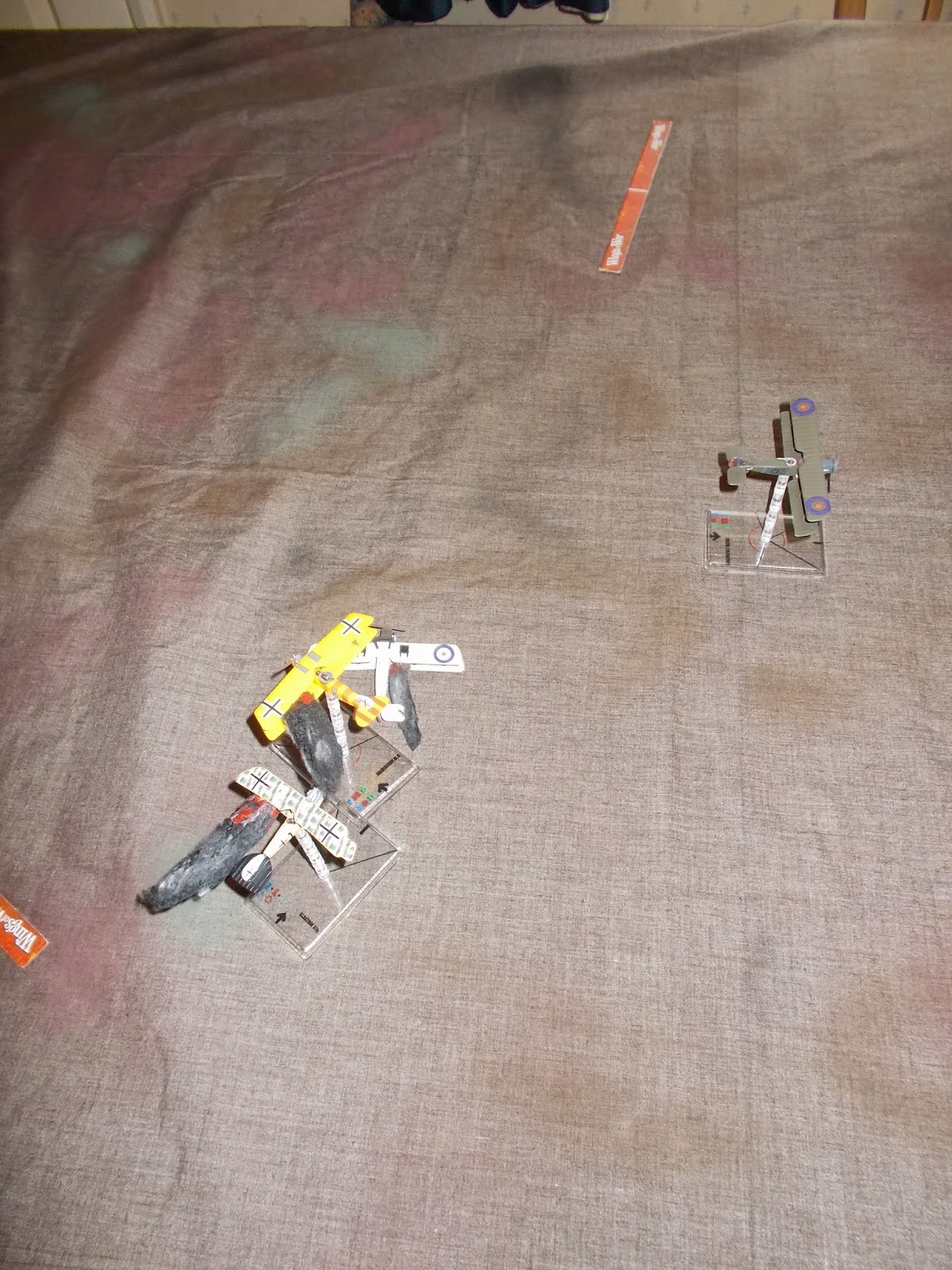 Things were now looking pretty bad from my position, but I thought I had better go for broke and swung the remaining Brisfit around. 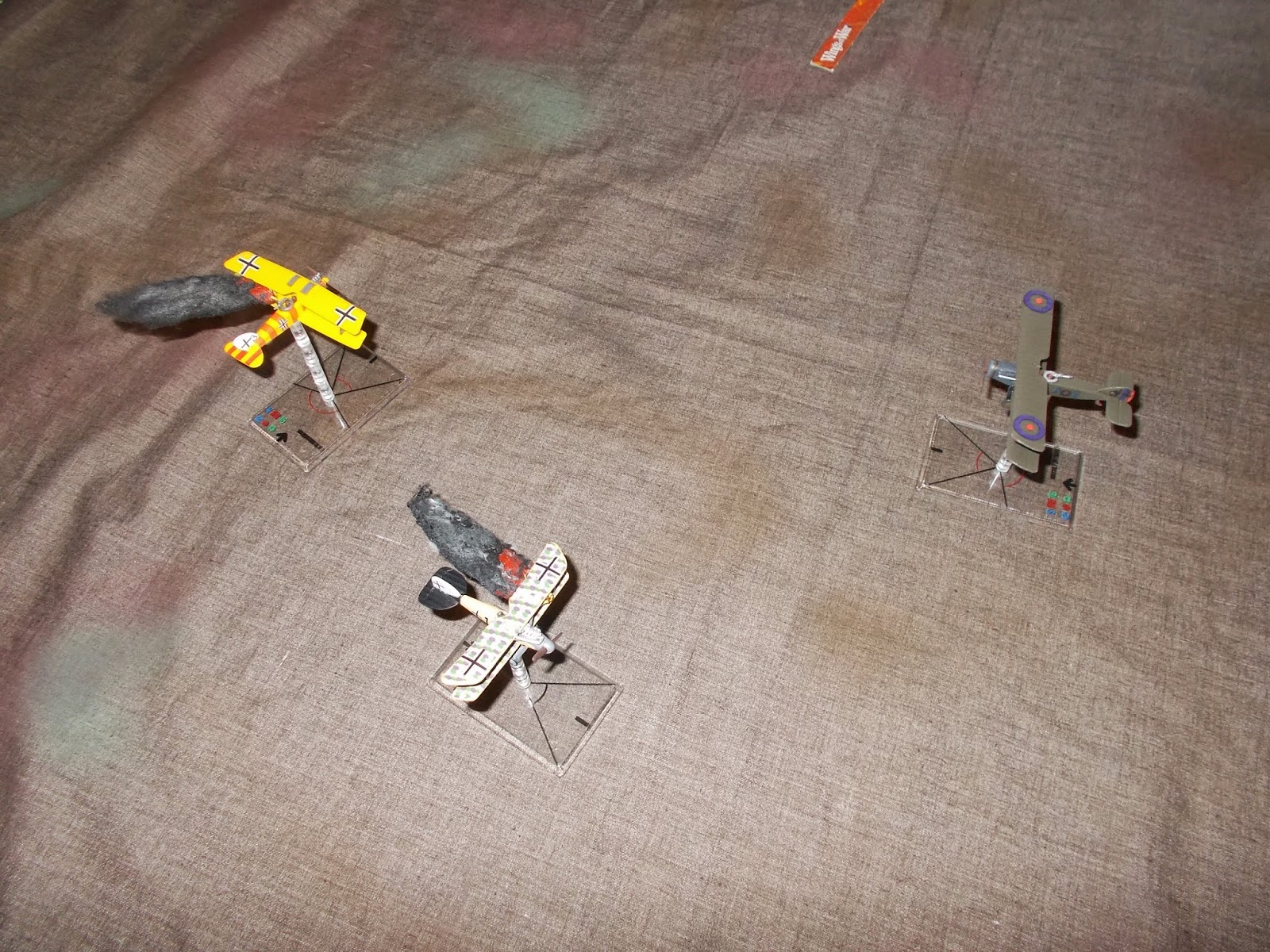 The two two-seaters closed on each other at full speed and hammered away with the forward guns. 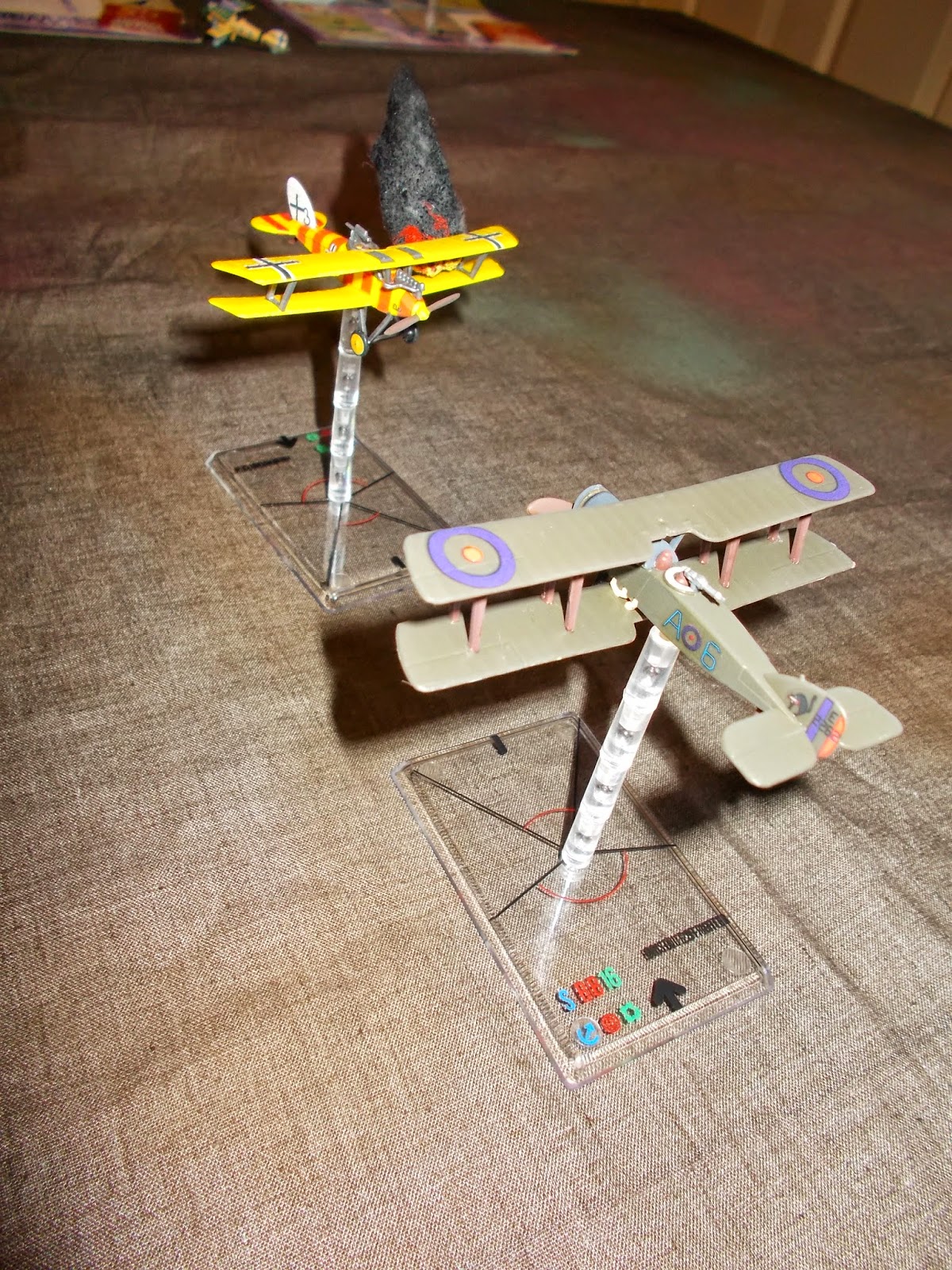 Nothing happened until they passed one another and the observers managed to get in on the action. A swift burst of fire from the Brisfit and it was game over for the CL.II. He had sustained too much damage previously and the old crate broke up in mid-air. 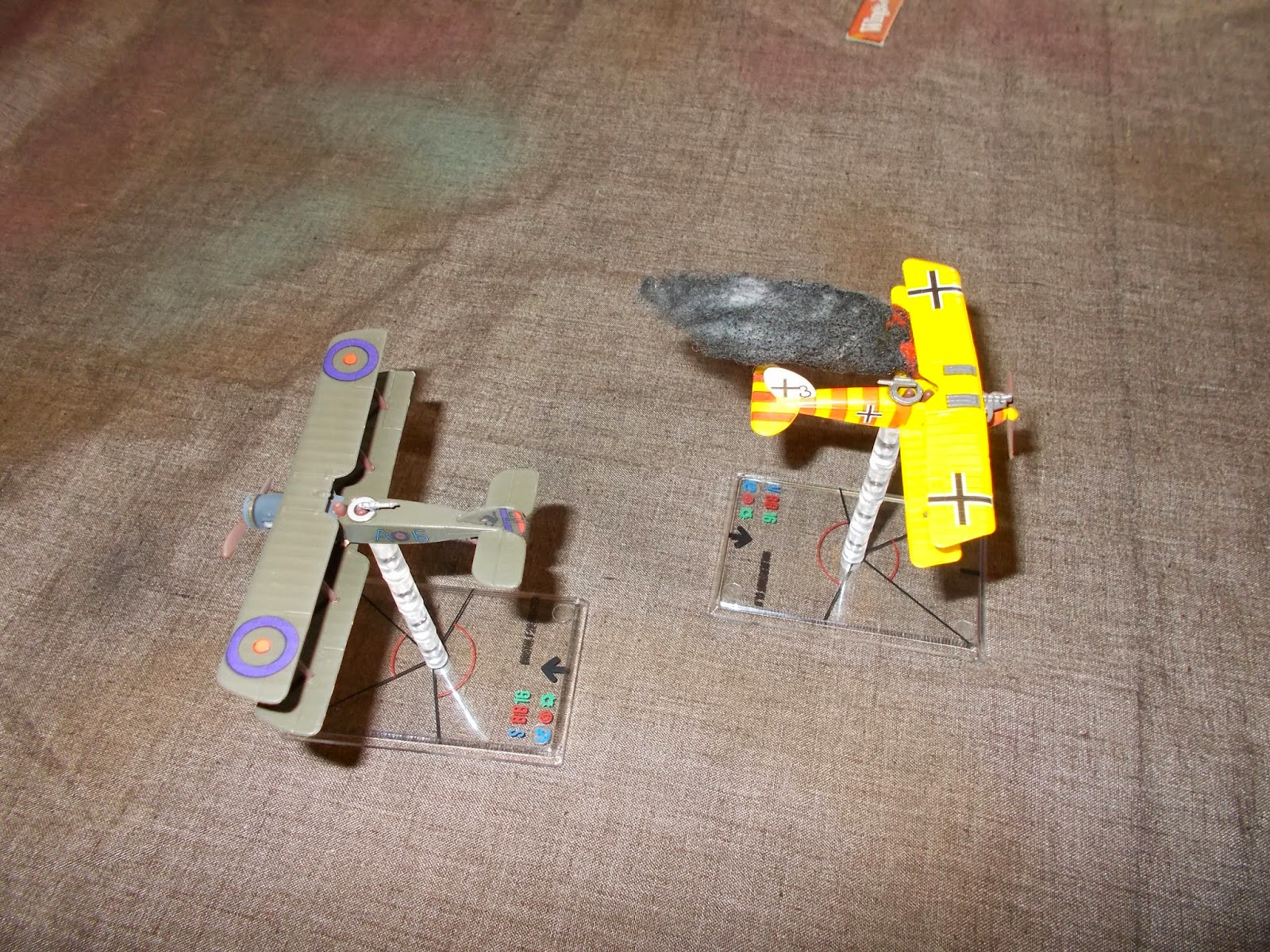 With the objective achieved the remaining Brisfit headed for home, the game was mine! The Brisfits proved to be quite ferocious in the game, just as they were in real life when flown like a fighter aircraft. Tough old birds!

We finished the day off with a quick game of Small World, which inexplicably I also won; Dean must have been feeling really ill as he is normally bang on with this game...
Labels: 1/144th AAR Aircraft board games Wings of Glory Wings of War