The Movement of the People

In hindsight from the first game of Through the Mud and the Blood, I thought that my previous figure basing was not adequate for the game. Having two men based together led to confusion and also restricted what we could actually do with them during the game, like splitting down units. So, with this in mind, I set about basing the latest Germans that I bought from Early War Miniatures as individual figures mounted on one pence pieces. However, this presented the problem of moving the figures around on the table. It's laborious moving lots of individual figures, so I started looking around for movement trays and found that Sally 4th made several types in MDF, including ones that fitted one pence pieces perfectly. They were also in an irregular pattern, perfect for my needs and came with any number of precut holes. I settled on eight as this was the average size of a section in TtMatB, ordered some and they promptly arrived!


They came in two pieces, a flat base with the precut hole part. as they are laser cut MDF the lines are perfectly clean: 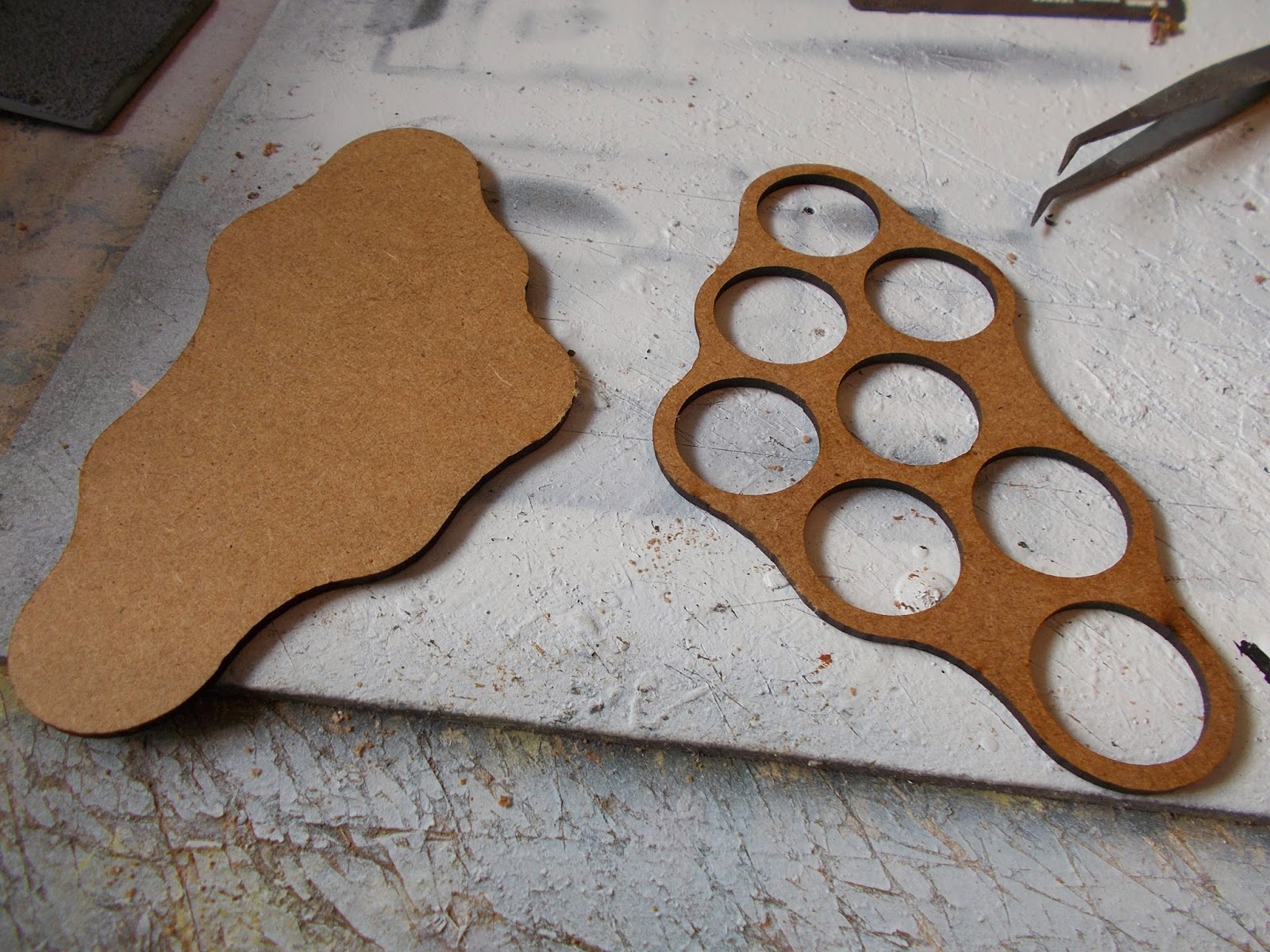 Using PVA glue the two sides were fixed together, I clamped them as well, jut for extra strength. The PVA only took a couple of hours to cure: 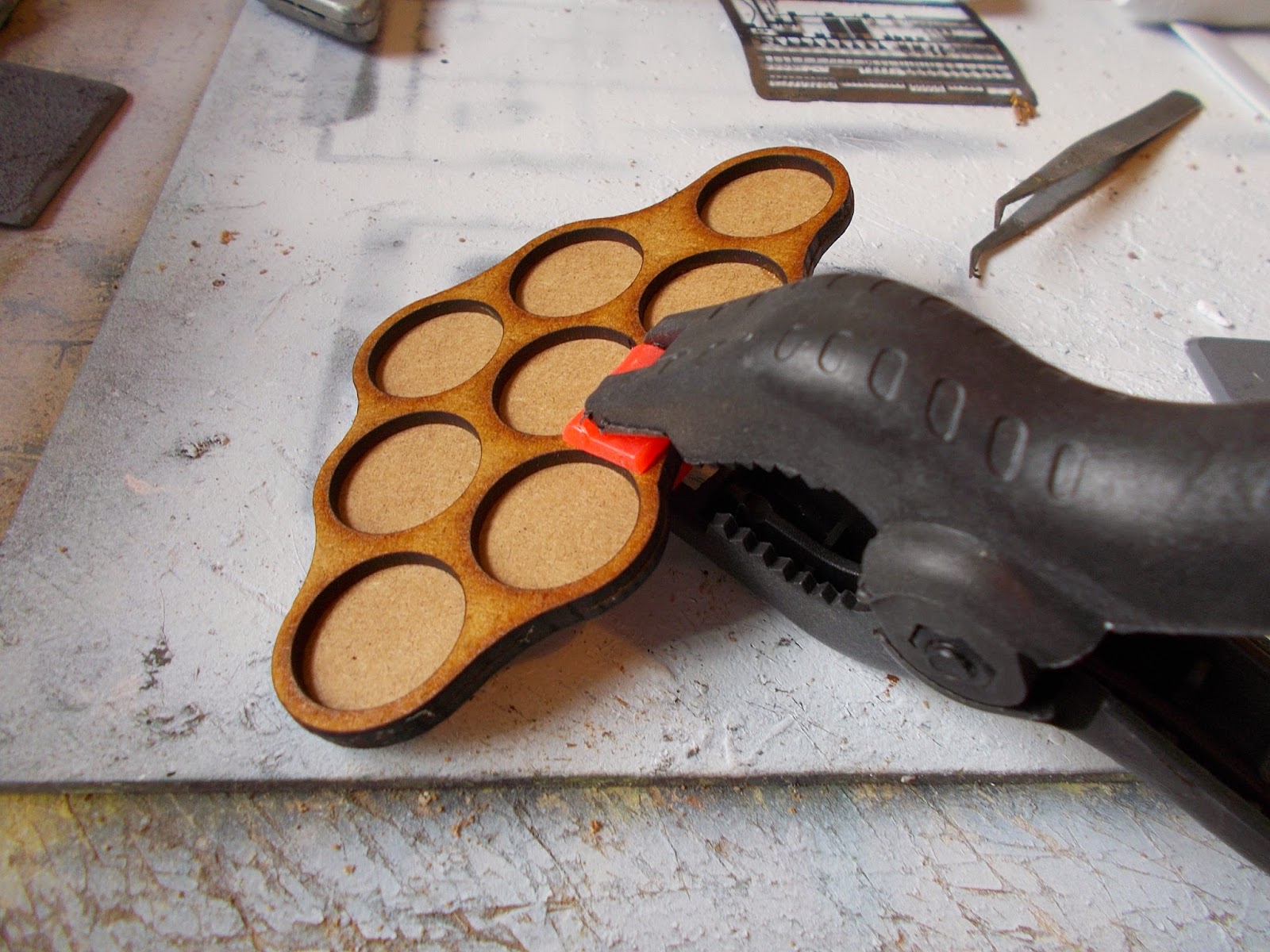 Trying them out with some EWM Germans, the bases perfectly fit the one pence pieces on the base of the figures and the full unit looks quite dashing! 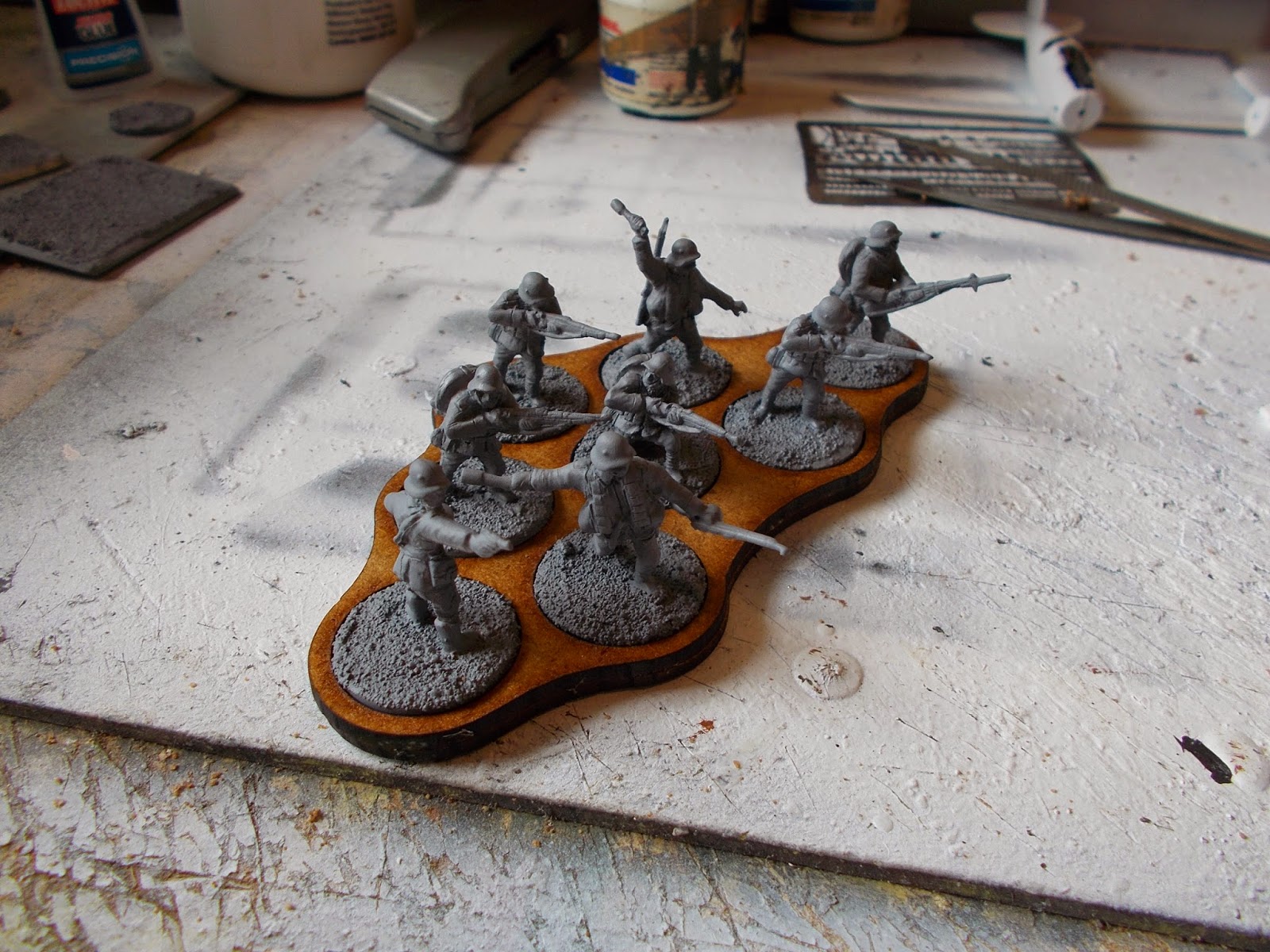 Next up was to start to make them look like the bases of the figures that I have, this is easily done with the application of PVA and sand: 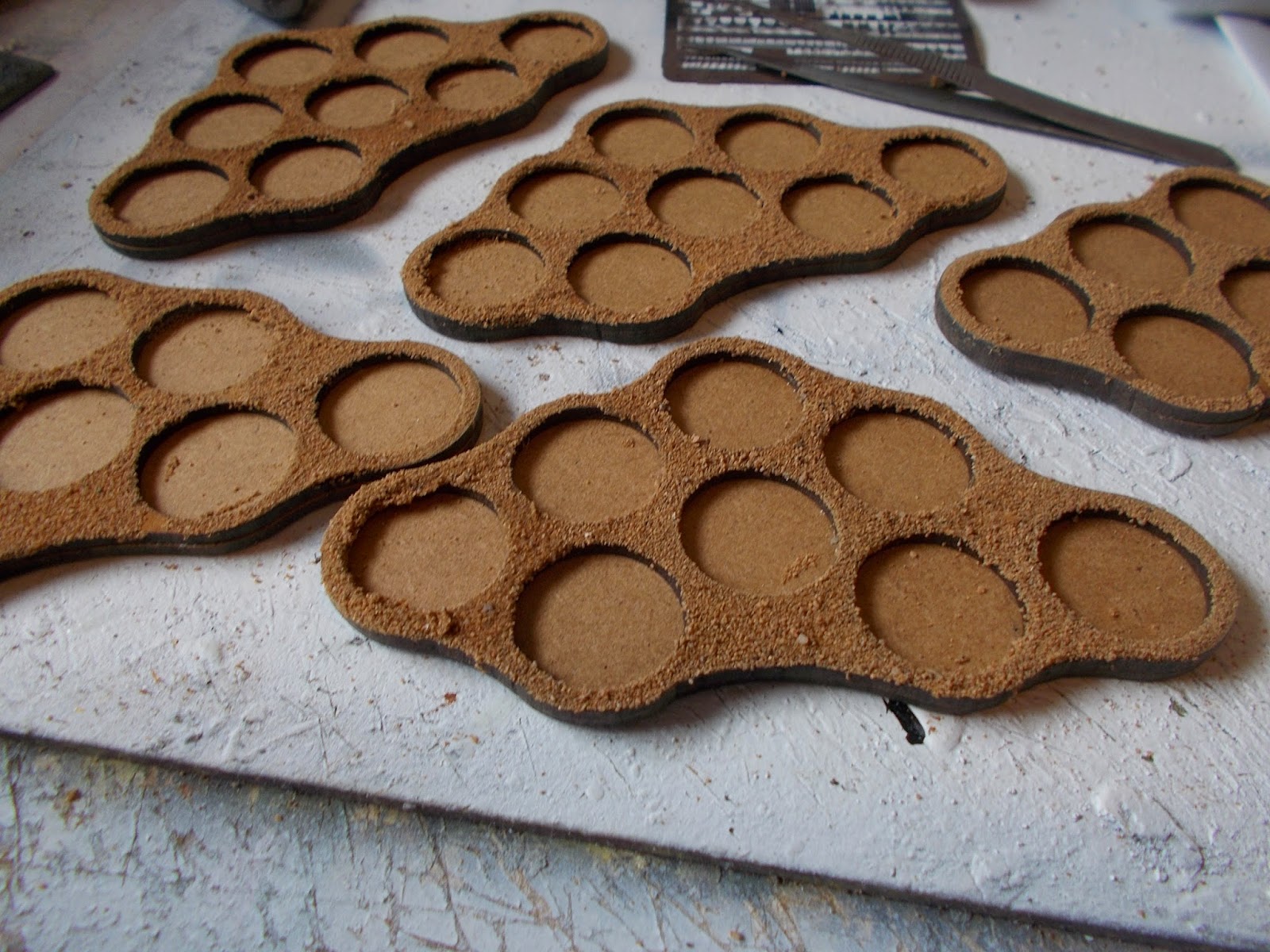 Once this was dry, I painted them in the same colours as the bases I have my figures on, German Camo Black Brown highlighted with Khaki. They were then spray varnished for durability. 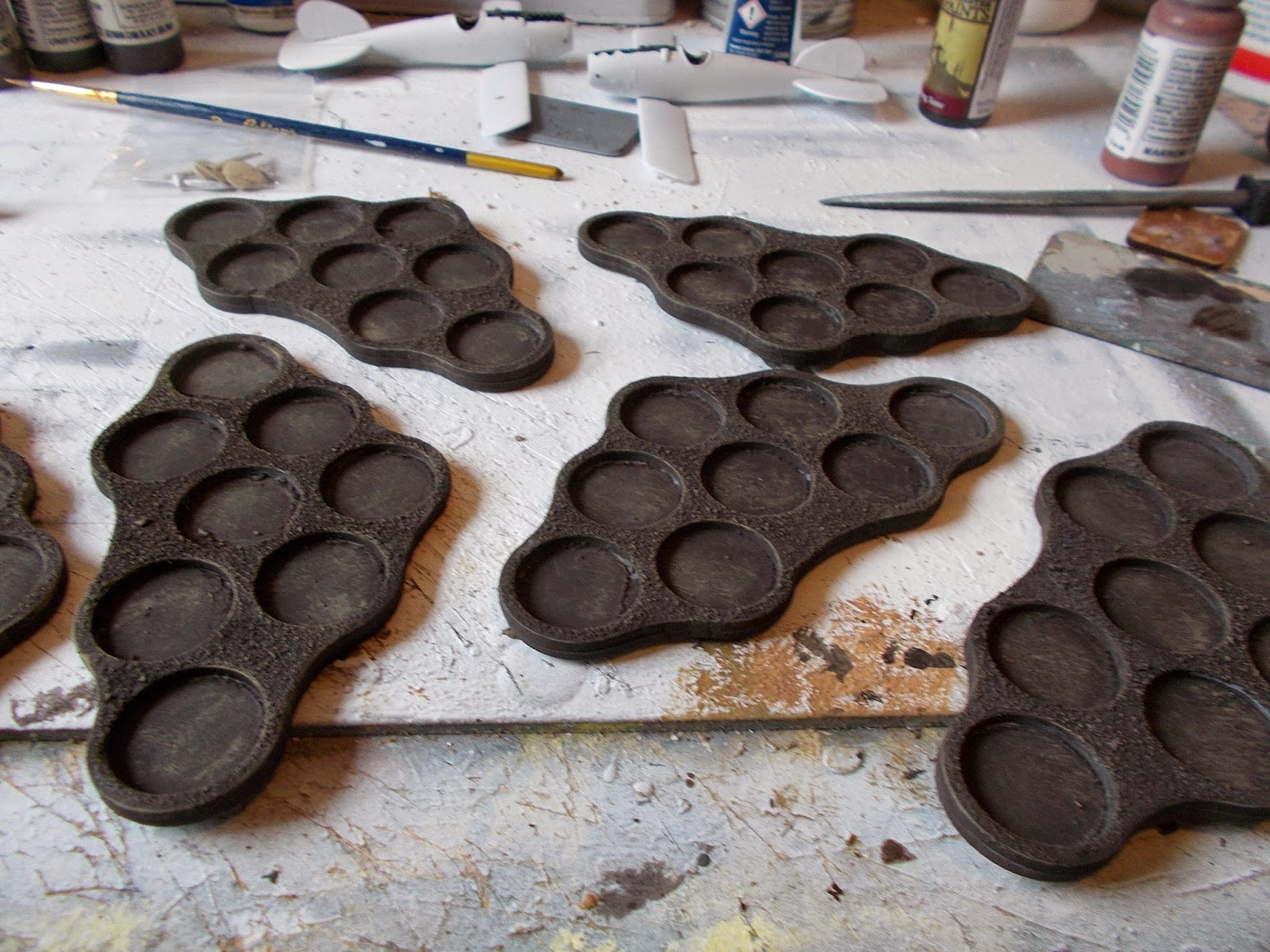 I then added static grass and grass tufts to break up the shape of the bases: 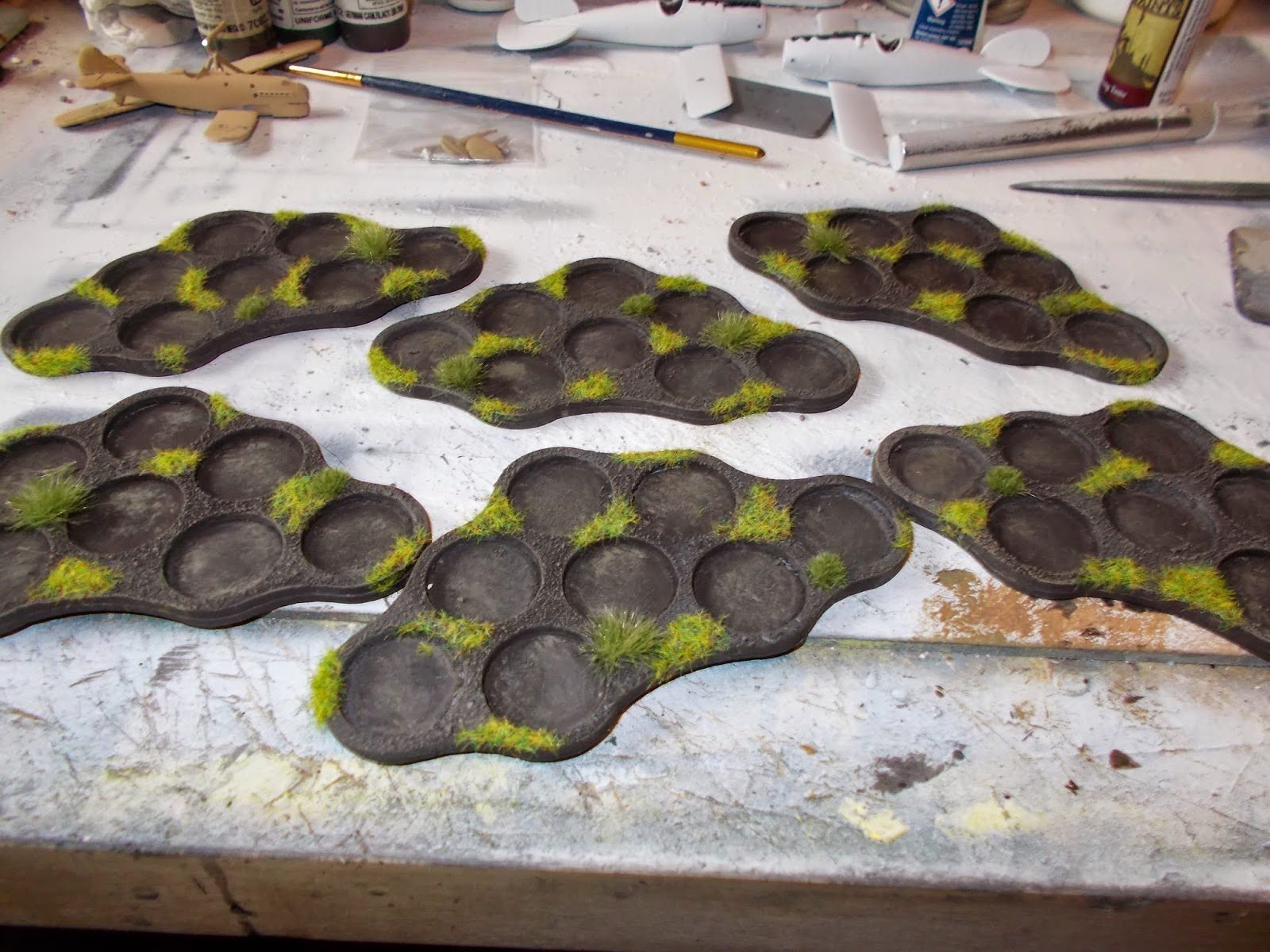 And that was it, they were finished! Here is one full of some British Officers and NCOs to give you an idea of how they look in a game. 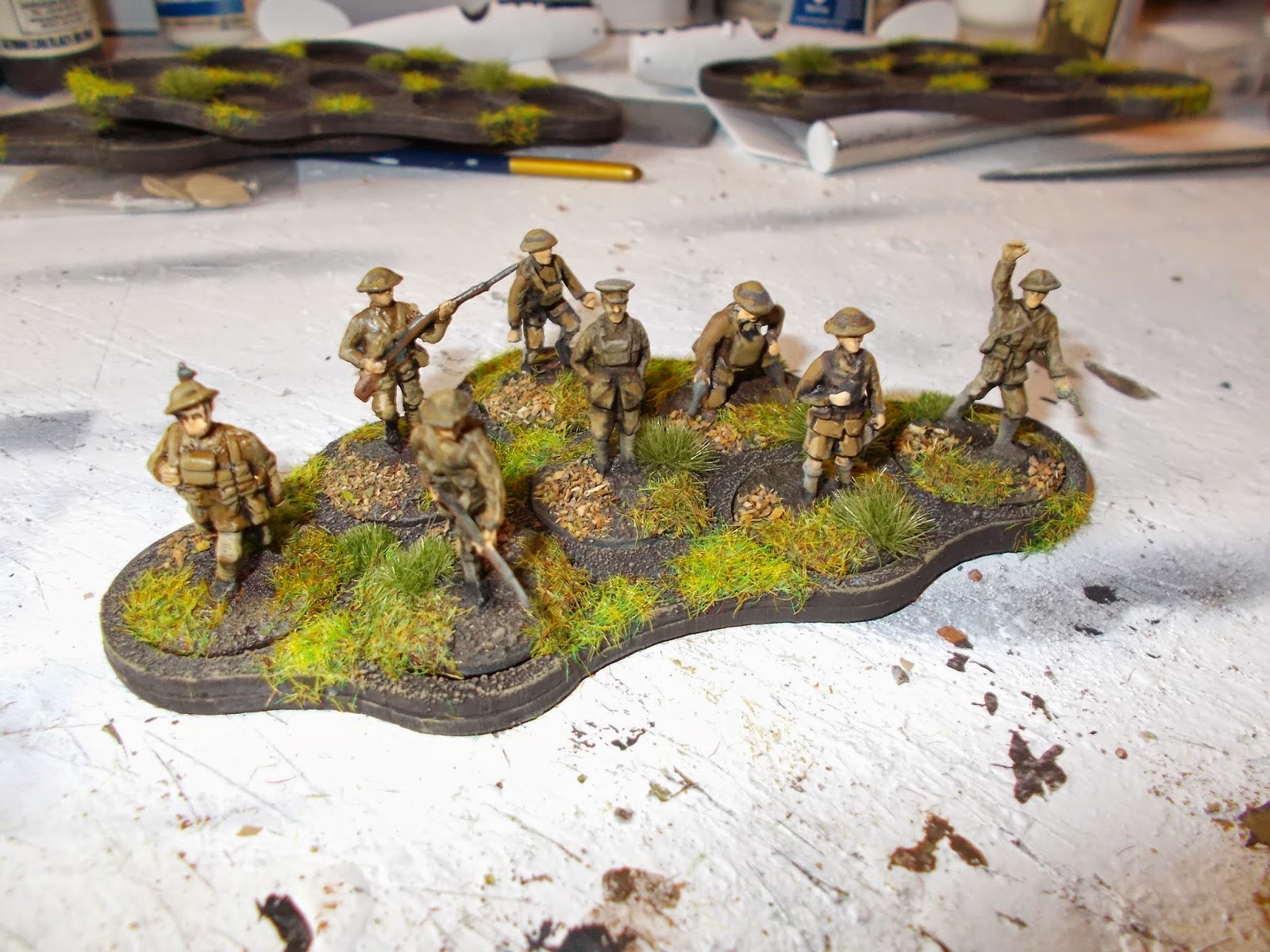 A great little product, very cheap and with twelve I have more than enough for most games of Through the Mud and Blood. MDF appears to be the saviour of wargaming at the moment, it's a good and tough material for basing and for buildings and with modern laser cutting can be very precise in detail and accuracy. Now all I have to do is rebase all my old figures on pennies...
Labels: 20mm Product review Through the Mud and the Blood