A Pair of Albatrii WIP pt. 1

There has been a couple of requests for the wallpaper designs that Ninjasaurus Rex created for the Stalingrad buildings that he and I recently made. Here is the .jpg of them. Right click on the picture click on 'view picture' and save it to your computer (this works for PCs, I'm not sure how Macs work...), then print out as many as you need. I found the best way to do this was to paste the picture into a word document and stretch it to fill the page, ignoring the printing warning about it being beyond the edge for printing. Print as many as you need and bob's your uncle! 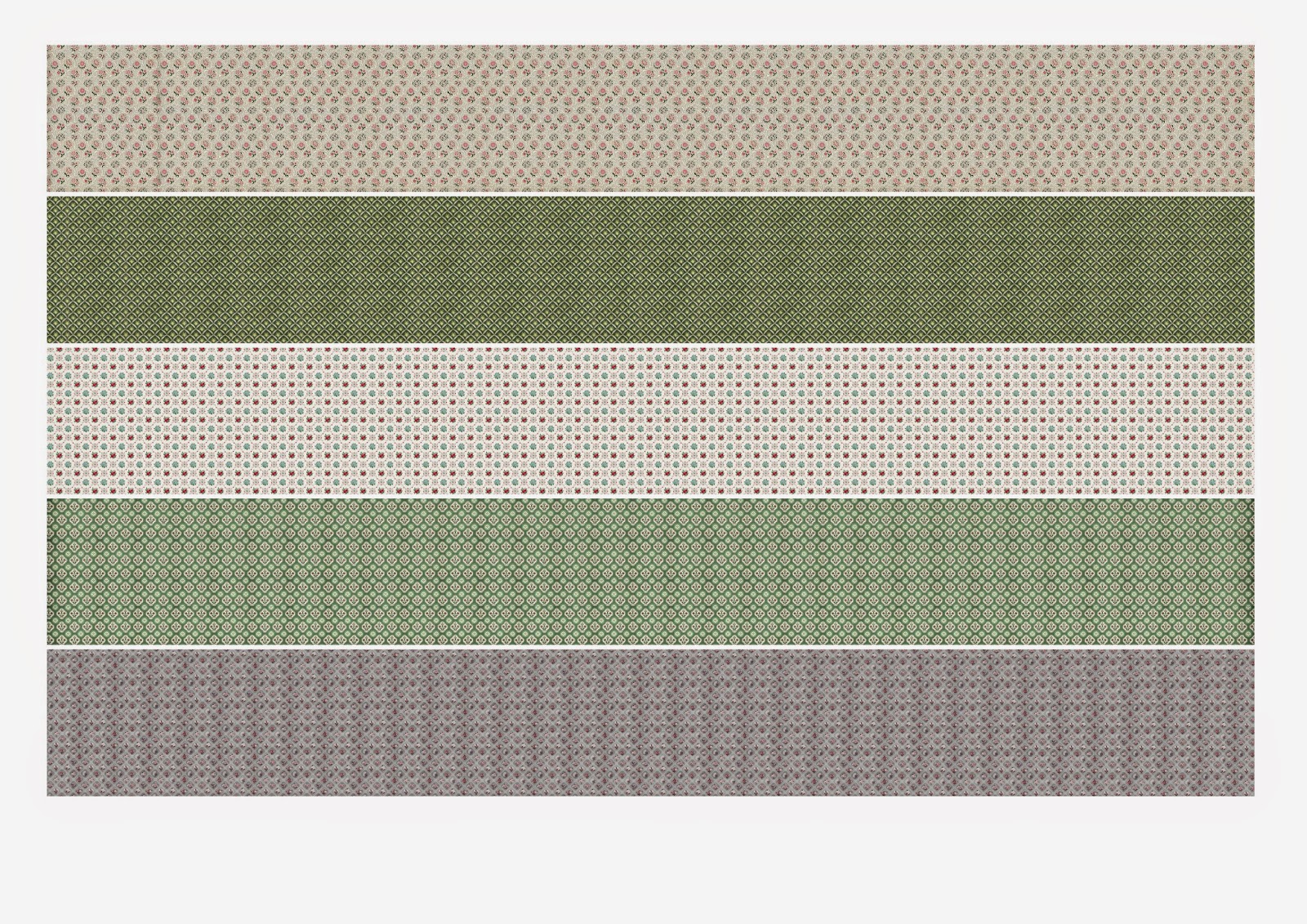 Last Christmas I got a gift certificate for Amazon, I spent it on what I thought was a 1/48th Scale Albatros, by Eduard. It turns out it was duo set of models but were 1/72nd scale and when I asked for a return, the supplier (who I will not name as I don't want to give them any publicity) told me that I would have to pay the postage to return the models and they would only refund me the price of the models and not the original postage! So, I figured, I'll keep them, rather than pay postage twice for nothing.

They have sat in the lead mountain for a while, until this week when I thought I'd sit down and make them. As with all Eduard models they are incredibly detailed, even at this small scale. The cockpits are full of photo etched parts: 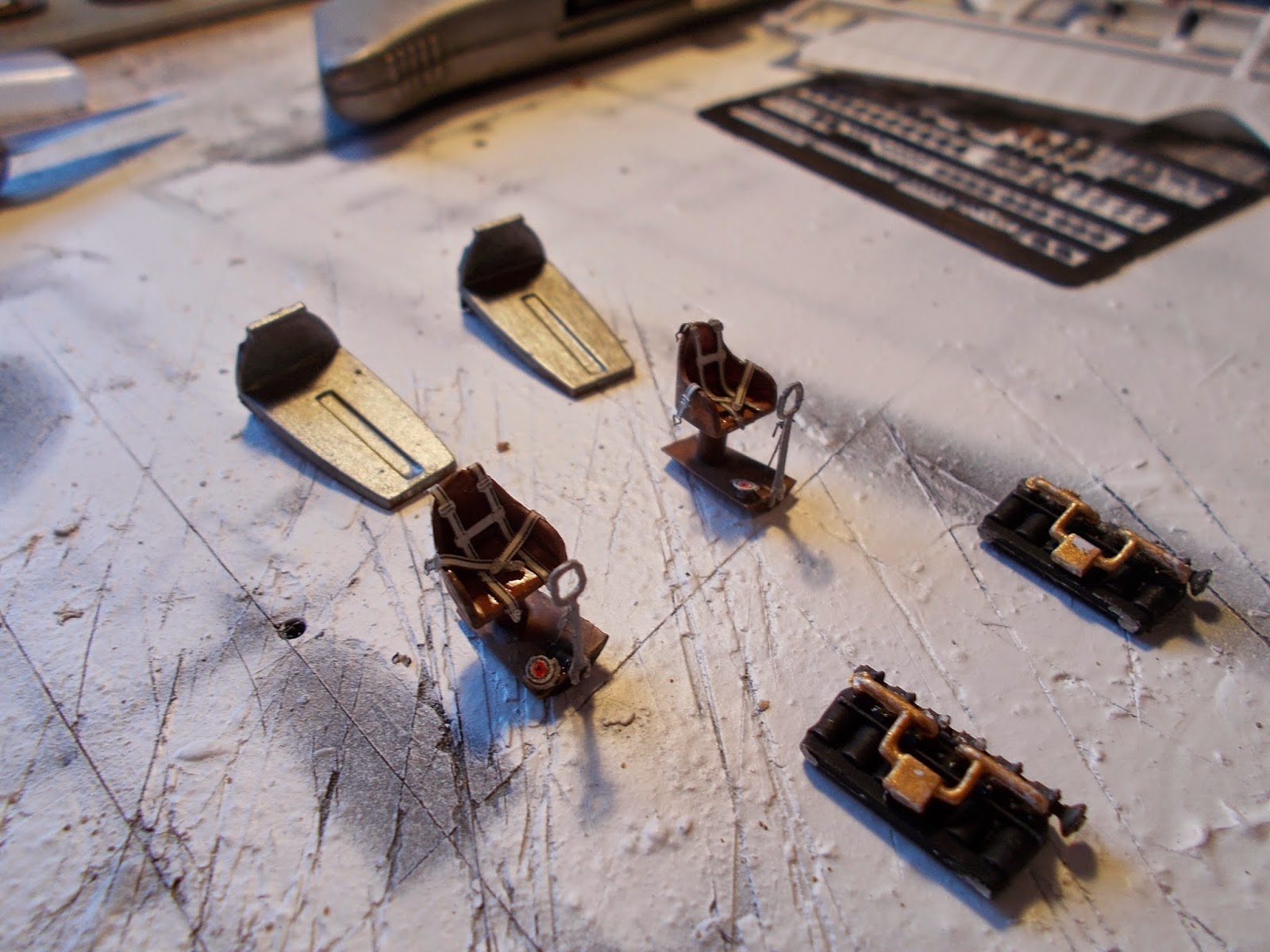 I made the interiors and took some photos, just to prove to myself that I actually put all the tiny parts in there... 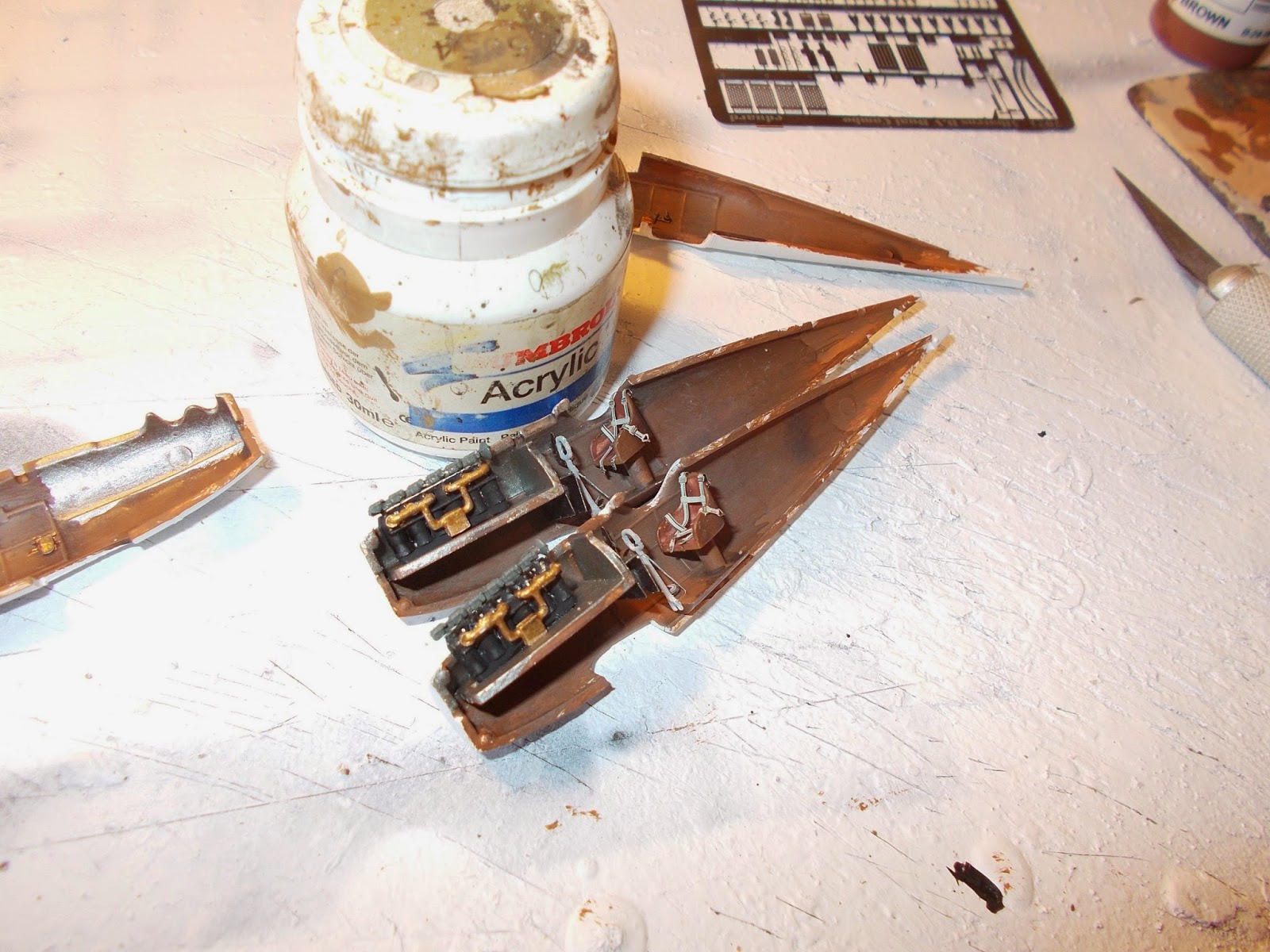 I stuck the fuselage halves together, added the bottom wings and tailplanes, then I turned my attention to the machine guns. These were also photo-etched, the barrels of the plastic ones had to be removed to be fitted with the metal parts. These were fiddly but not too bad in the end. 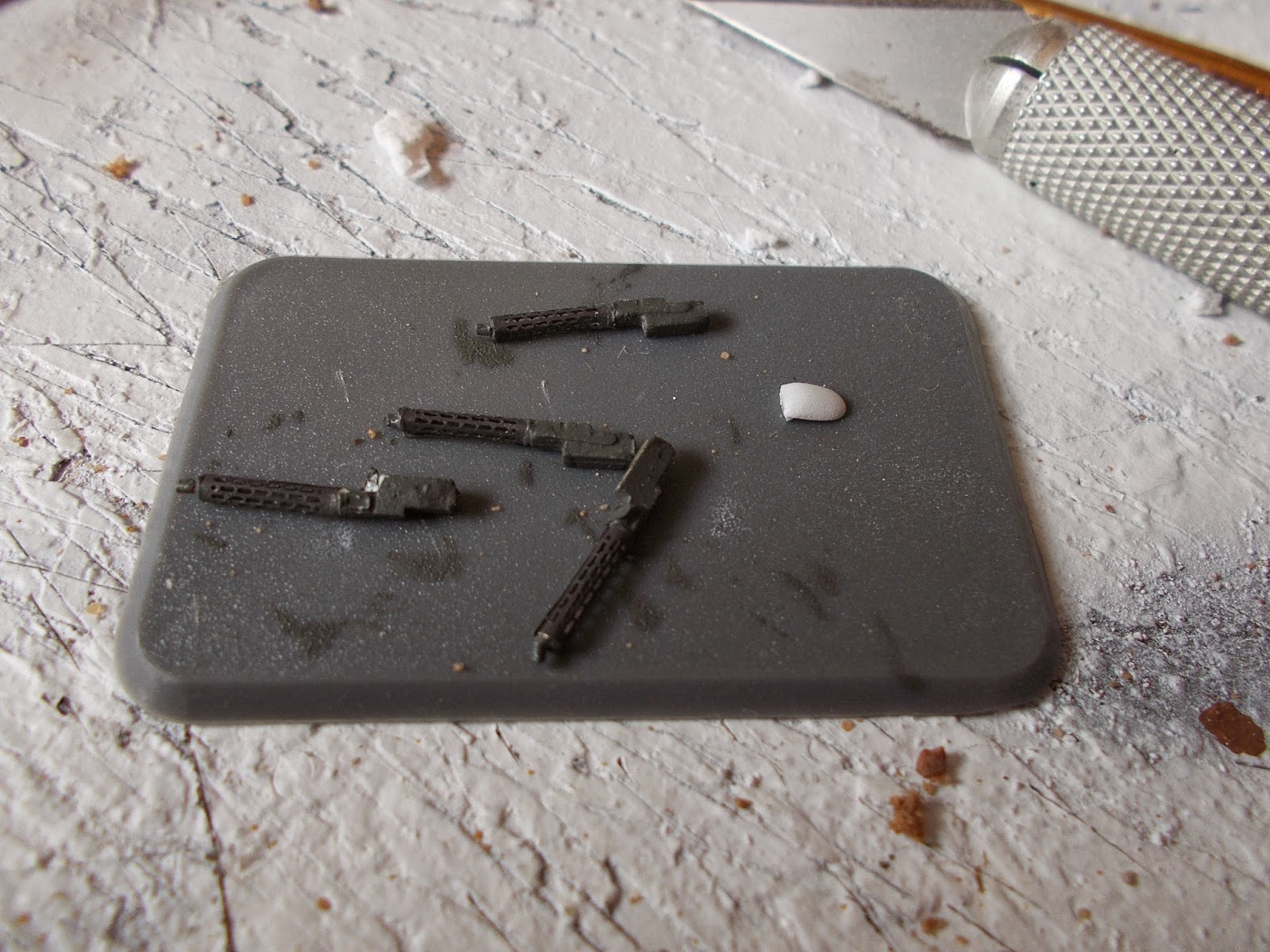 Then these were placed in their positions, unfortunately, I had cack-handedly put the engine blocks in slightly the wrong place and the guns sunk down a little too far into the fuselage. Oh well, under the top wing it shouldn't be too noticeable... 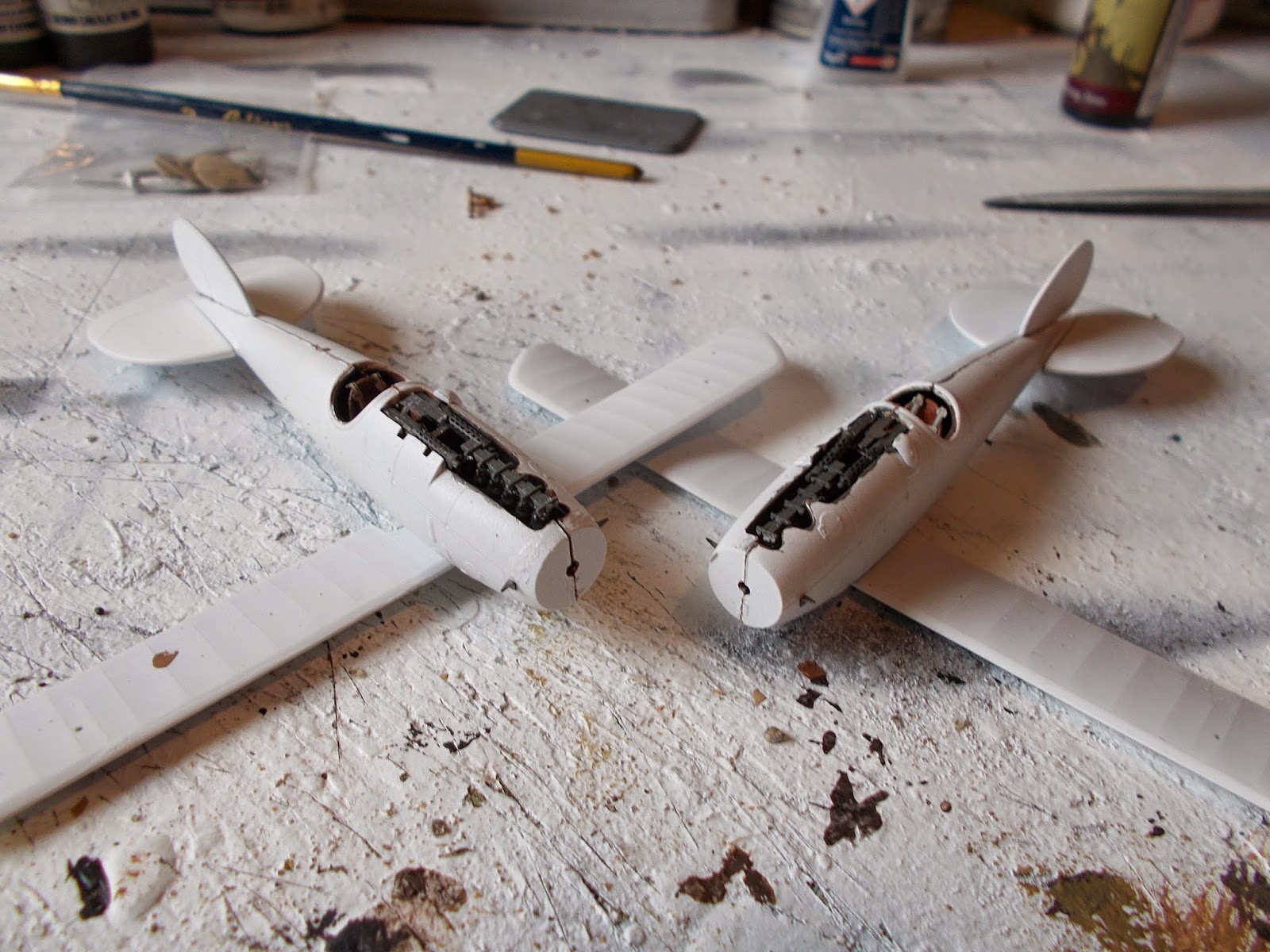 That is as far as I have got with these for now, I was hoping to have them finished by the weekend, but they have proved to be quite fiddly in their construction. Check back for further updates...
Labels: 1/72nd Aircraft Germans Model kits Work in Progress WW1