A Pair of Albatrii, pt.2

I started these two bloody things over a fortnight ago, I thought it would be a quick job of building them. But boy, was I wrong. The complexity of the small parts proved to be a bit of nightmare and given their small scale it was tougher than I thought it would be. I was hoping to get both finished together, but the second one is still in this state: 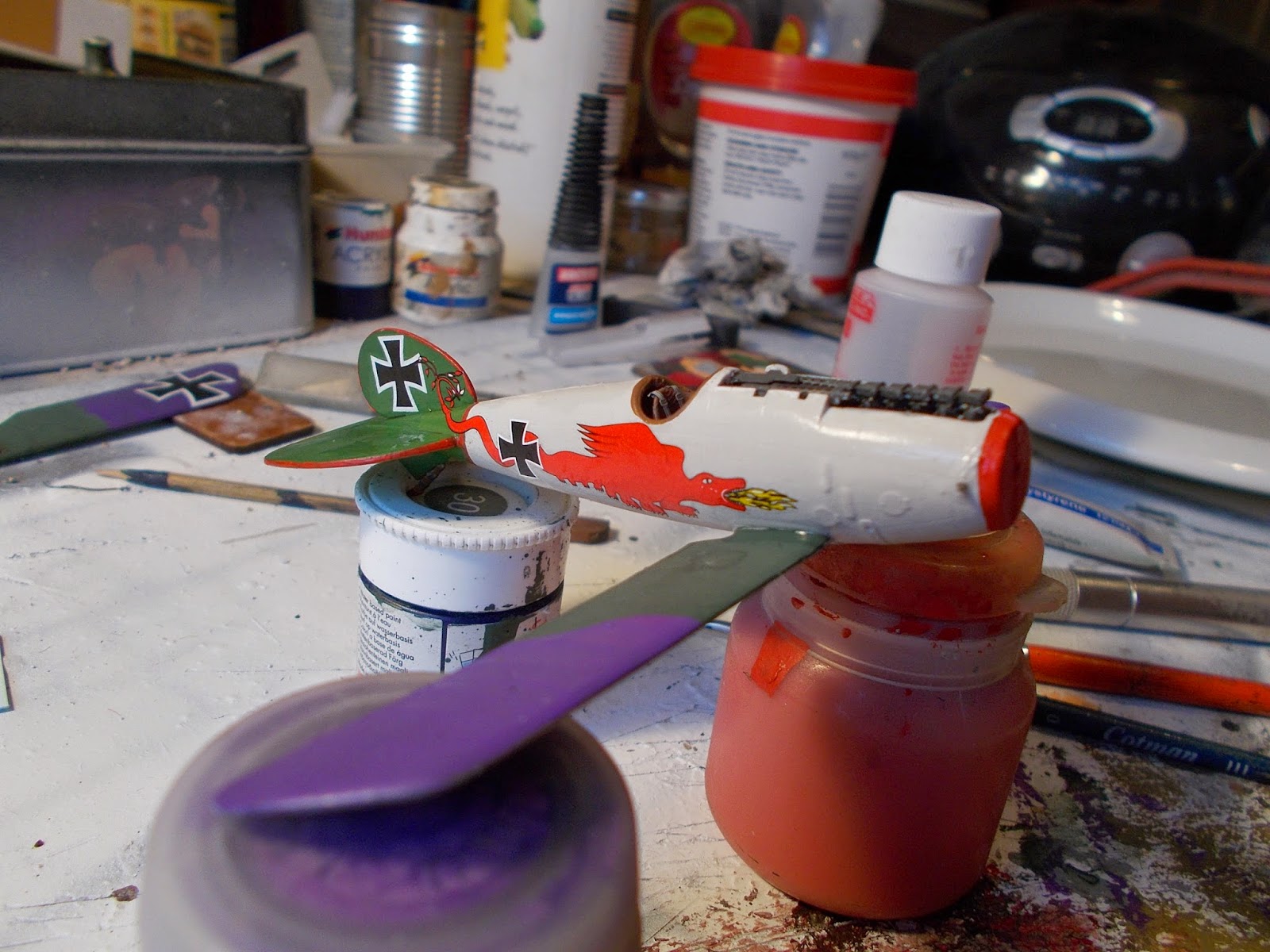 I did, however, manage to pull myself together and finish one of them. This one represents an aircraft from Jasta 19 in 1918, flown by the succinctly named Oliver Freiherr von Beaulieu-Marconnay. He scored 25 victories and was the youngest recipient of the Pour-Le-Merite, but on his death bed at age 20. Oliver had been injured ten days previously from friendly fire on October 16 1918. 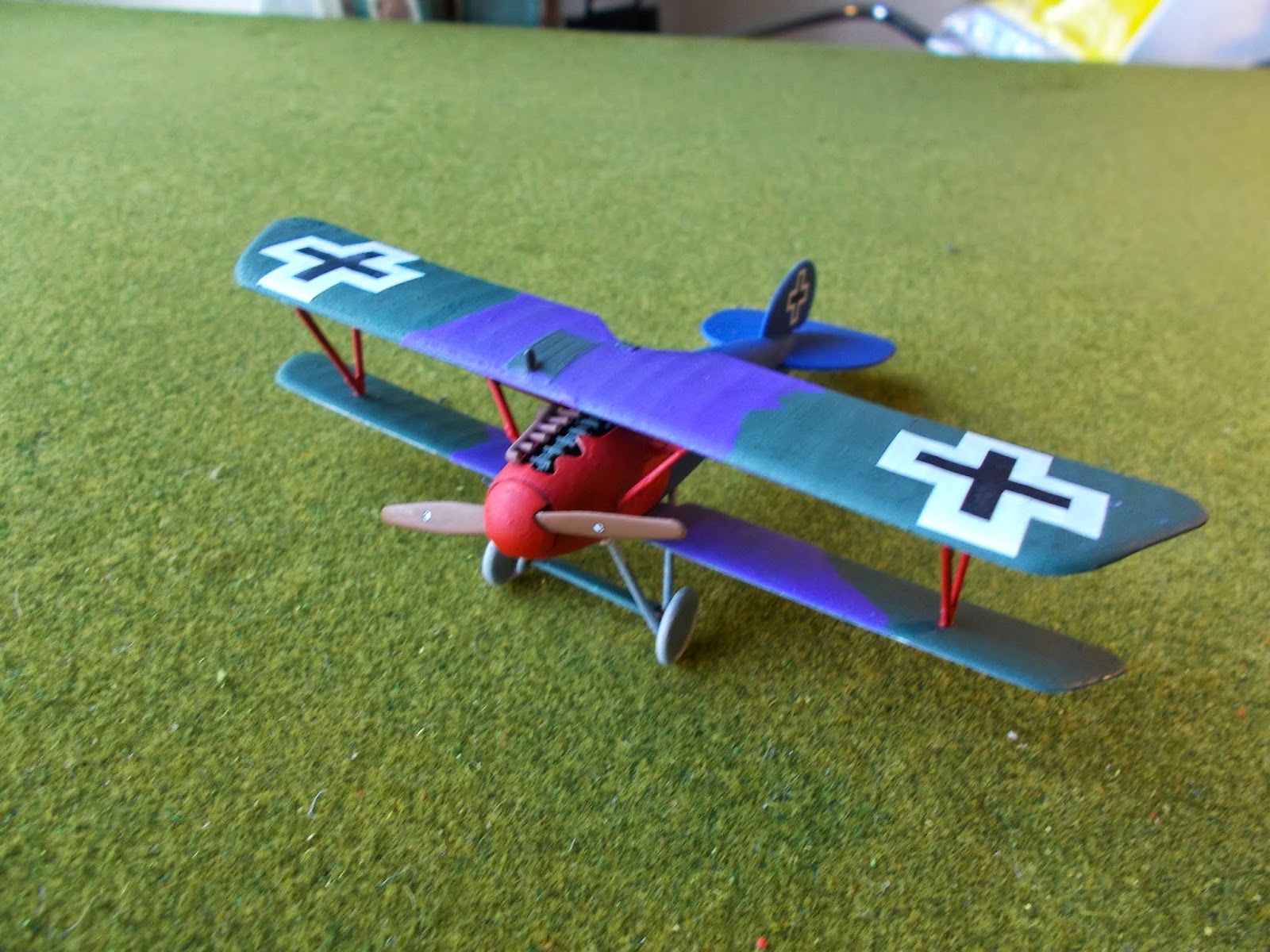 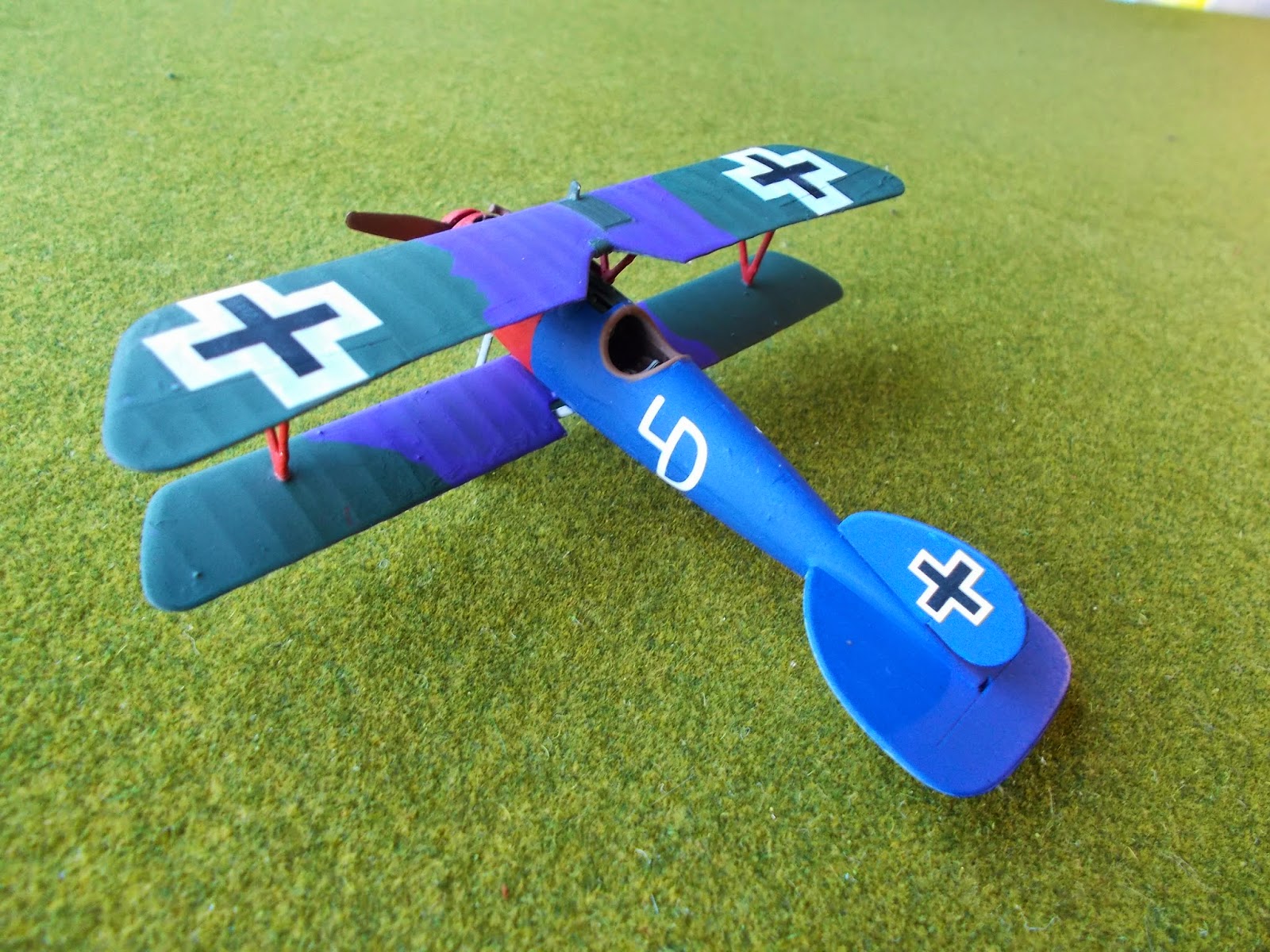 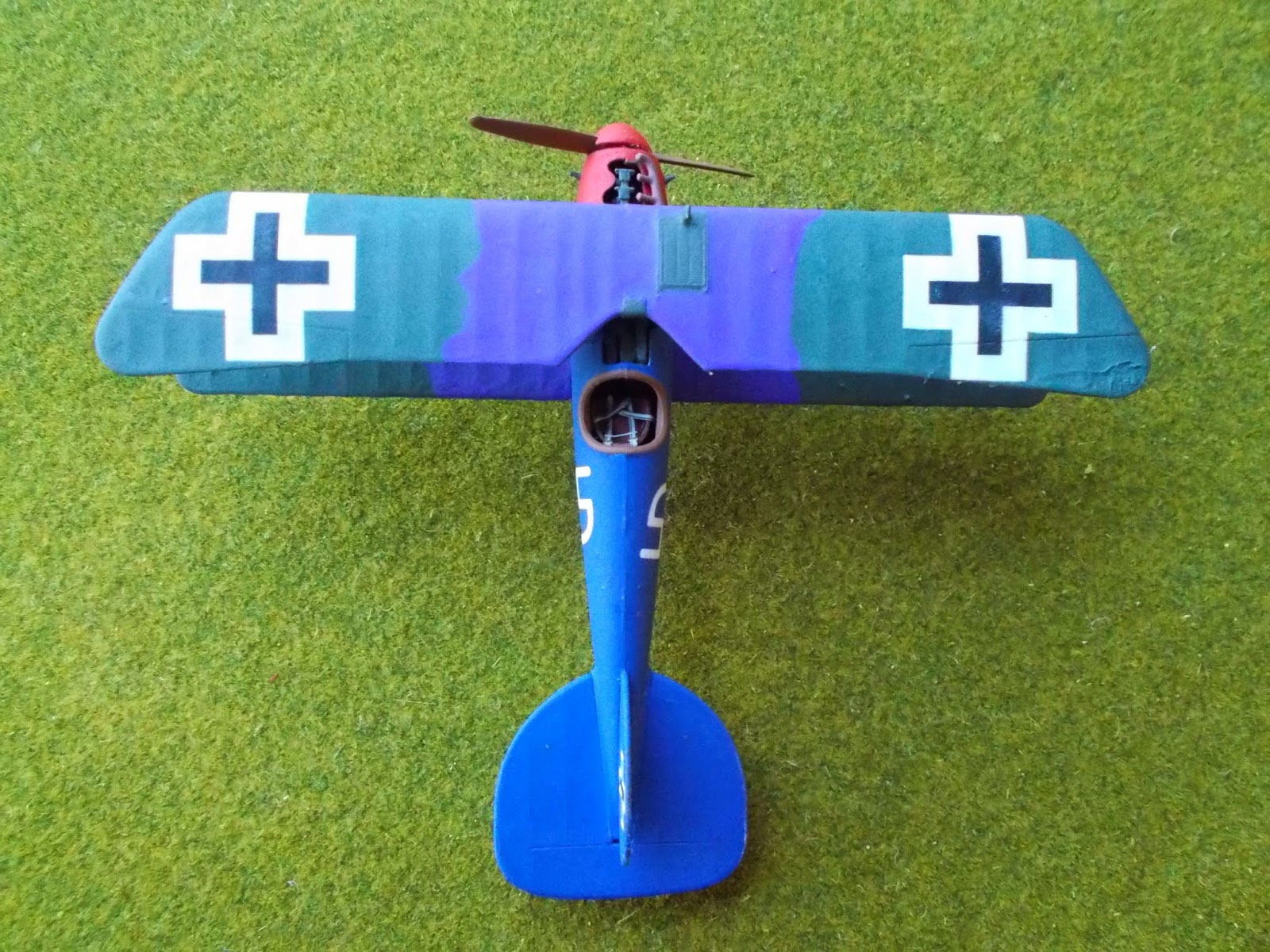 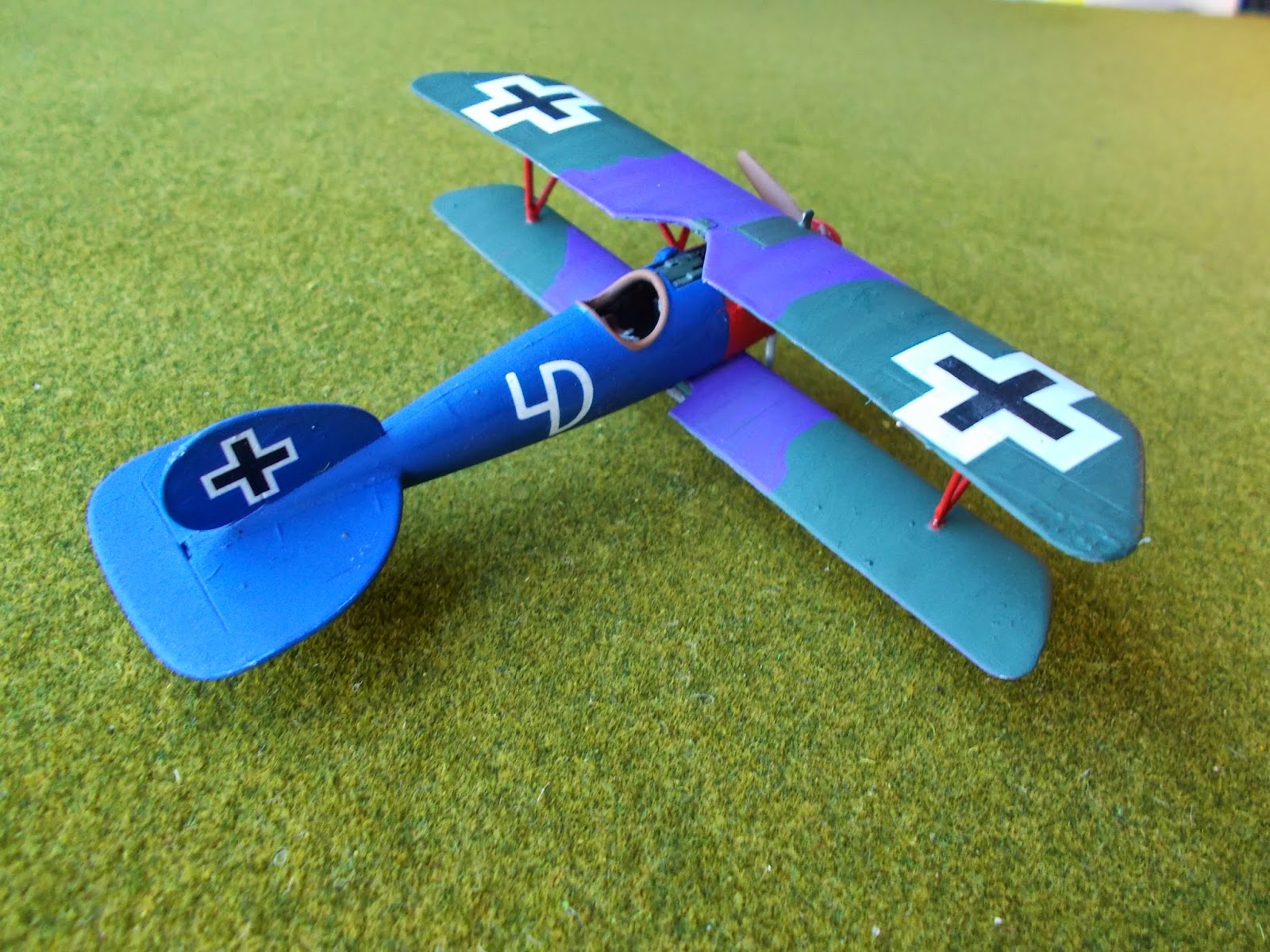 The verdict? Very nice kits for the highly skilled modeller, but being only moderate myself, I struggled with this. The top wing was a real pain to put on and I eventually left off a lot of the smaller photo-etched parts as they were just too fiddly! Plus I decided not to rig the crate as I had had enough of looking at the bloody thing. Maybe I'll revisit it in the future, but for now it's in the cabinet!
Labels: 1/72nd Aircraft Germans Model kits WW1