Pillboxes on the Western Front

These pillboxes were picked up at the Wargames Emporium in Sheffield at the princely sum of £3 each! They are from Last Man, Last Bullet but appear to have been sold through Anarchy Models and are made in resin. The models are undamaged, so I took my Dremel drill to them and added a few artillery scars. Then I glued them onto plasticard squares, with the corners clipped to give the base a more rounded nature. Then I added polyfiller to emulate the mounds of earth piled up around the structure. This was then sanded and painted with foliage added. The boxes themselves were painted in German Grey, drybrushed with Neutral Grey and then finally Stone Grey, the final stage was  a black inkwash. 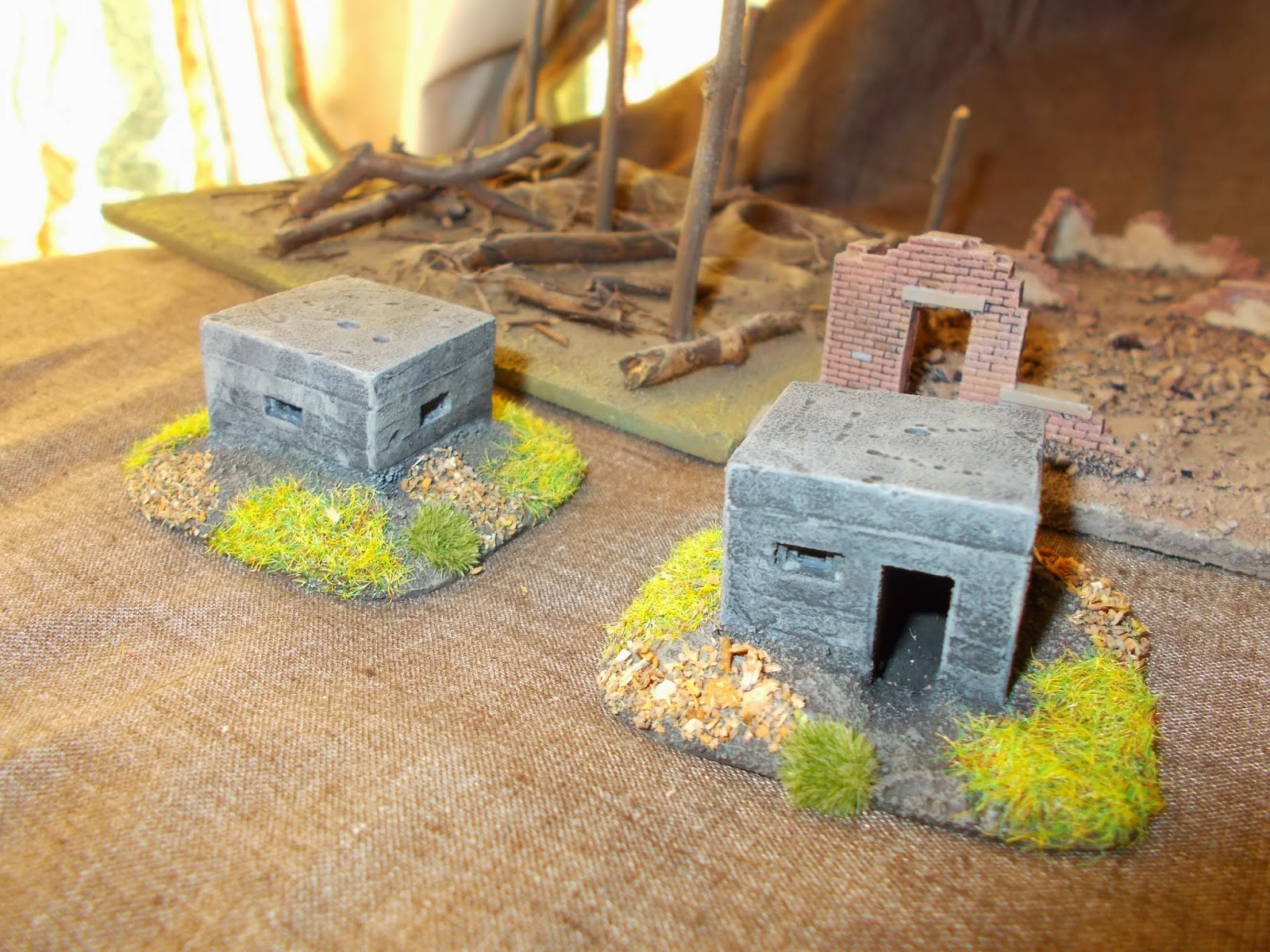 Here they are under an intense artillery barrage. I'd hate to be stuck in that. 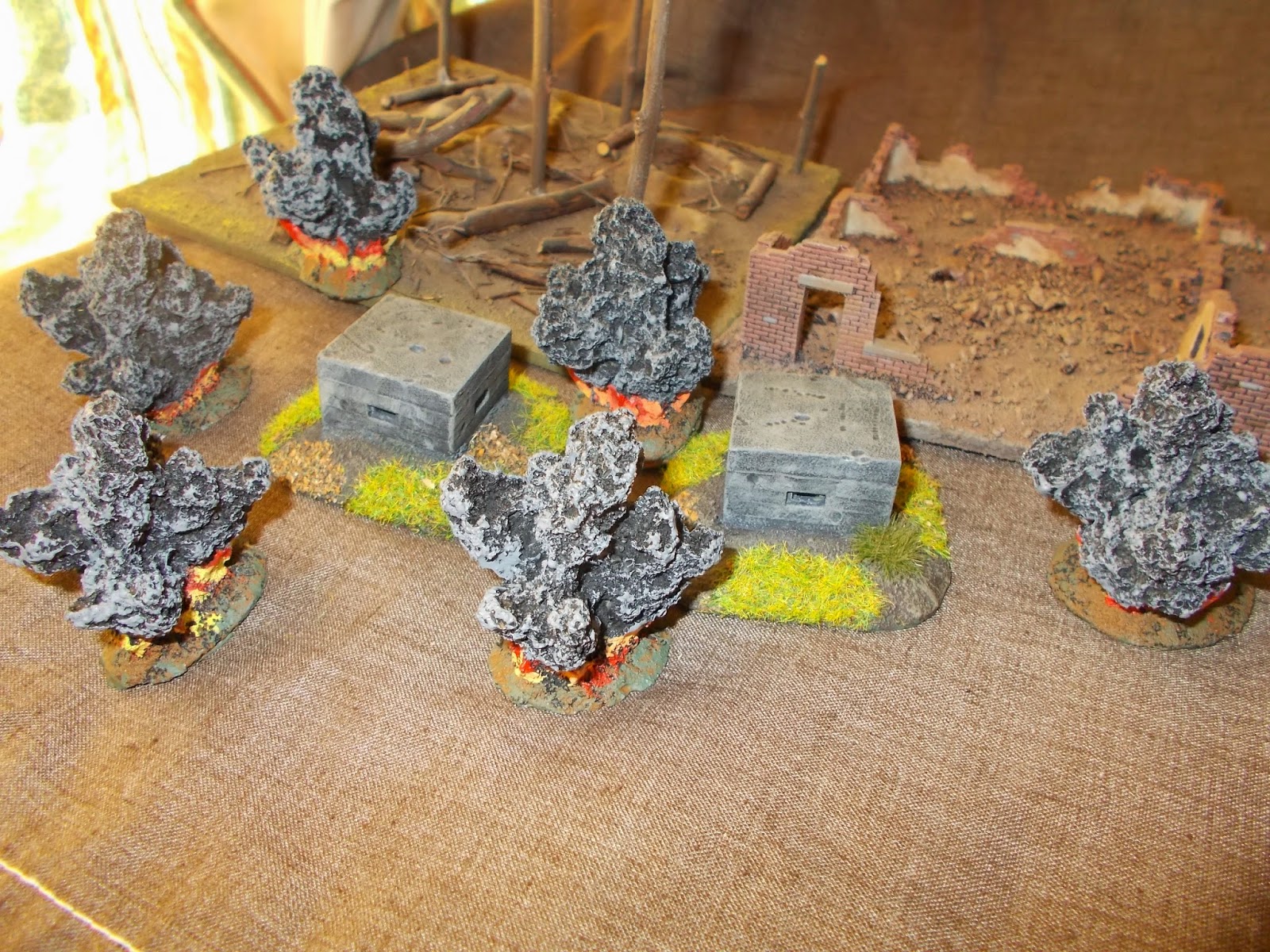 They are sold as 10mm Type 26 Pillboxes, but I will be using them as both 15mm and 20mm, they will serve as nice single man Observation Posts in 20mm. There are the remains of a German OP near the Ulster Tower on the Somme and it is about the same size as these, the only difference is that the one on the Somme is round. Here they are being assaulted by some 20mm Germans: 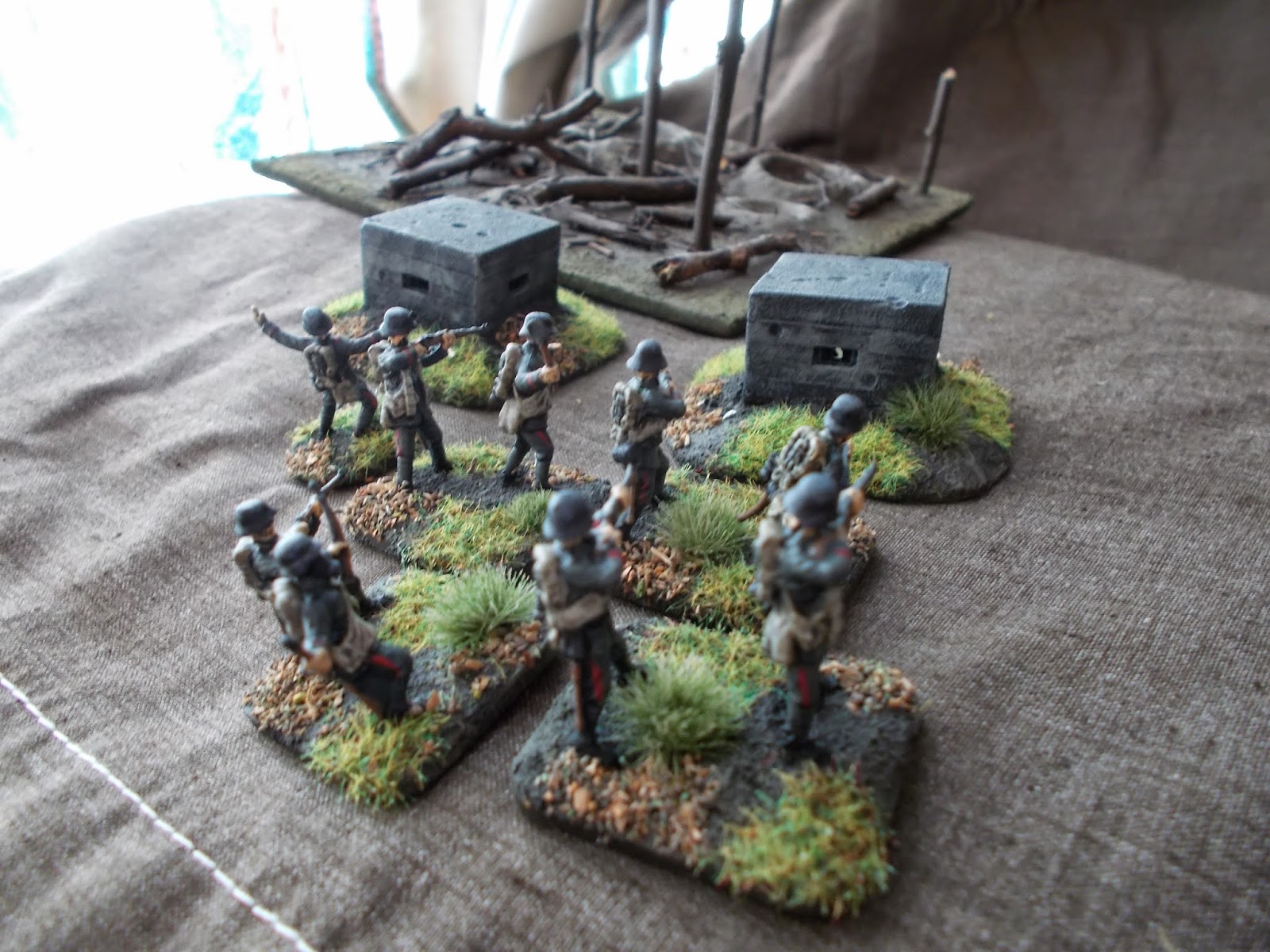 Alternatively they'll be good for 15mm games, here they are, being assaulted by some 15mm German Stormtroopers: 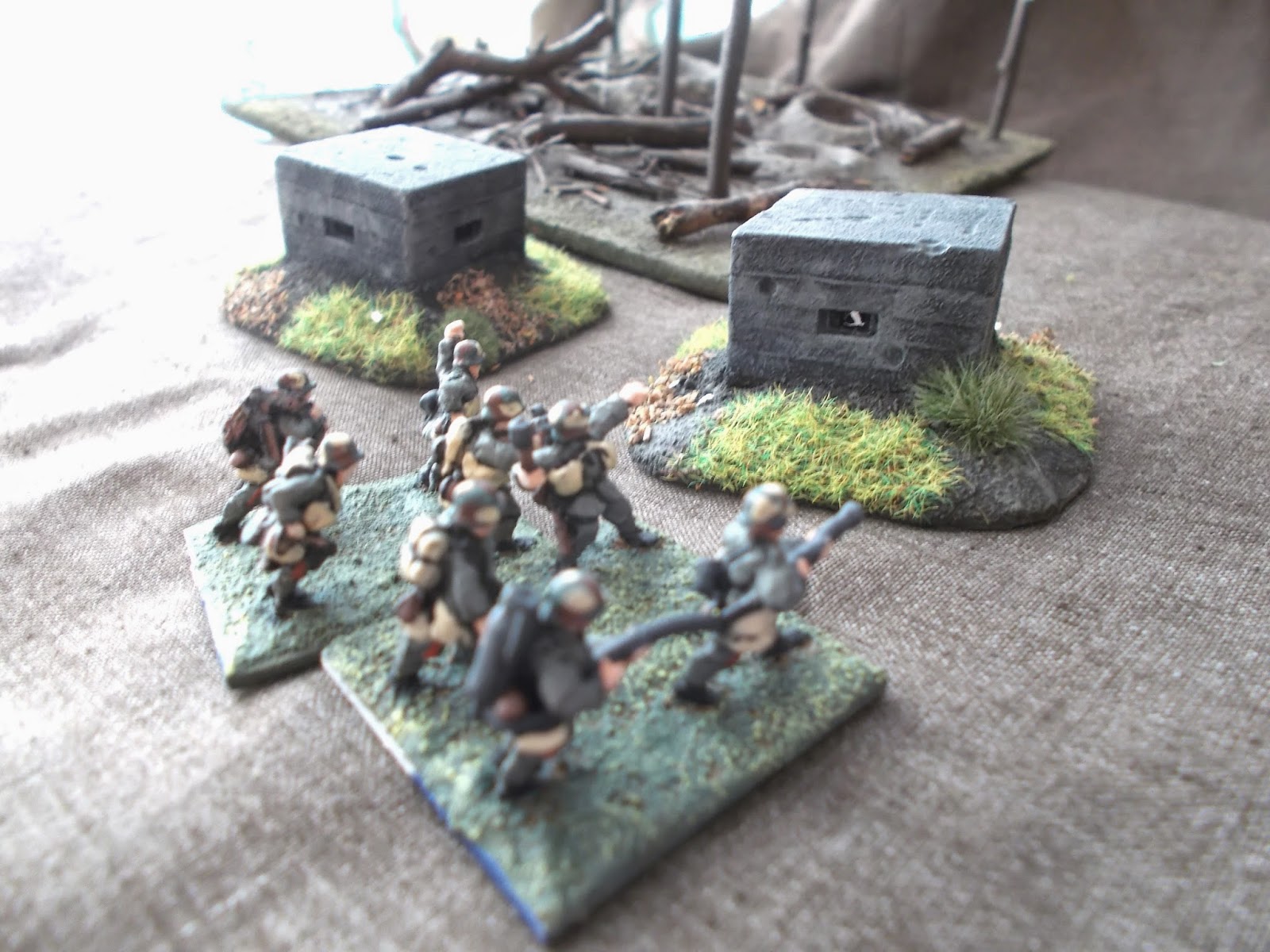 Overall, they are a good pair of models and well worth a punt, they took about an hour of building and painting (not including drying times) and are nice additions to my tabletop. I think they are supposed to be Second World War pillboxes, but there is not much difference in concrete between World War One and Two, as evidenced in the classic bedtime reading Pillboxes on the Western Front. Purists may disagree; I don't care!
Labels: 15mm 20mm scenery Terrain WW1