A while back, I was in the Wargames Emporium in Sheffield and bought a box of the Plastic Soldier Company's Fireflies in 15mm.I was intending to use them with the Americans that I repainted some time ago, but my brain was misfiring or something as I'd completely forgotten that the Firefly is a British tank, not American! I know the box allows you to build the M4A4 as well, but I'd already got some M4A4 Shermans and wanted the Firefly! Undeterred by the fact that I have no British infantry to support them, I still made the five in the box. 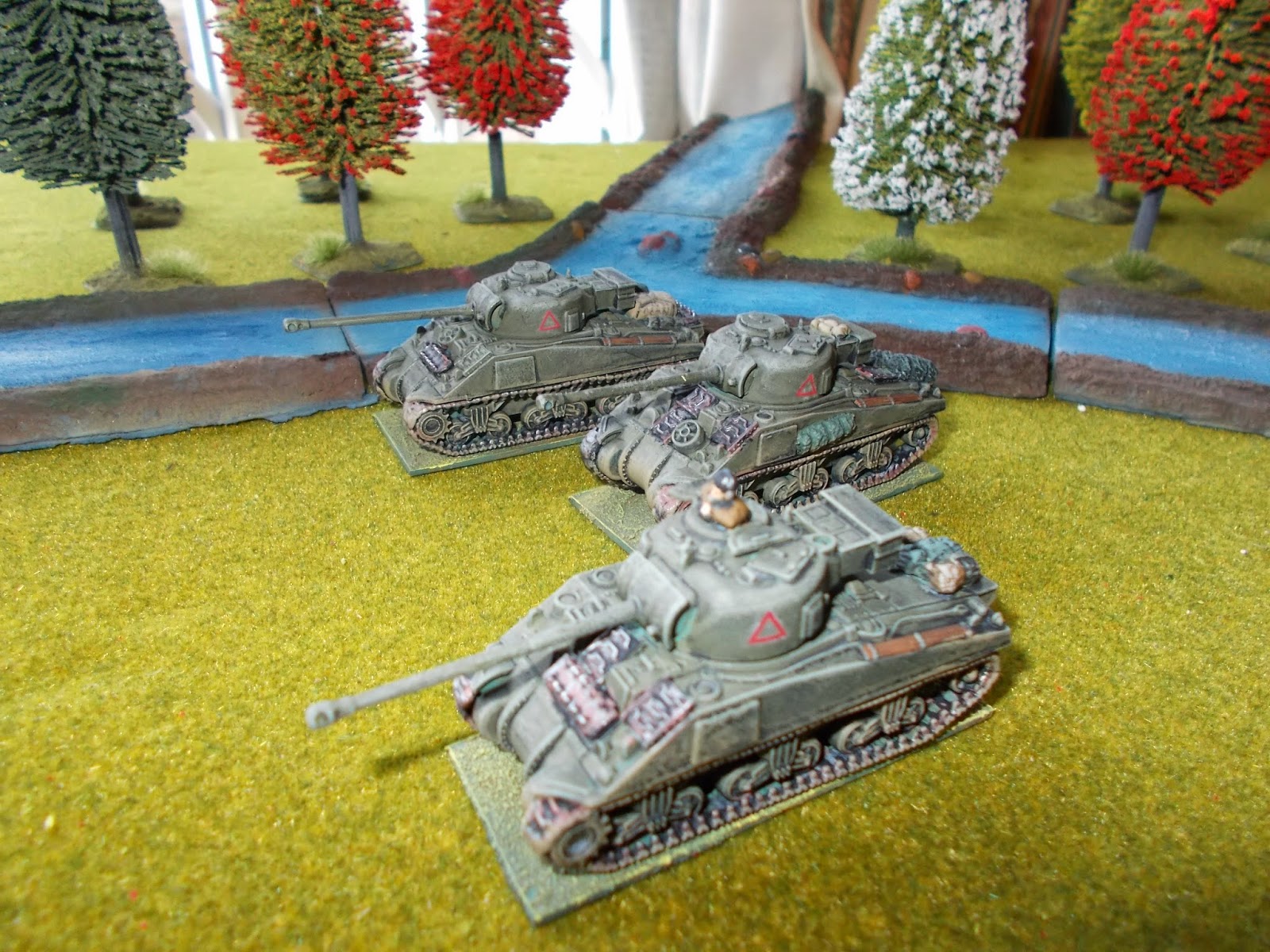 Three of the tanks were painted in the British scheme, which was just a coat of Russian Uniform. This was highlighted with a dry brush of the base colour mixed with white. I added a couple of British 'style' decals, the usual stowage and they were finished. 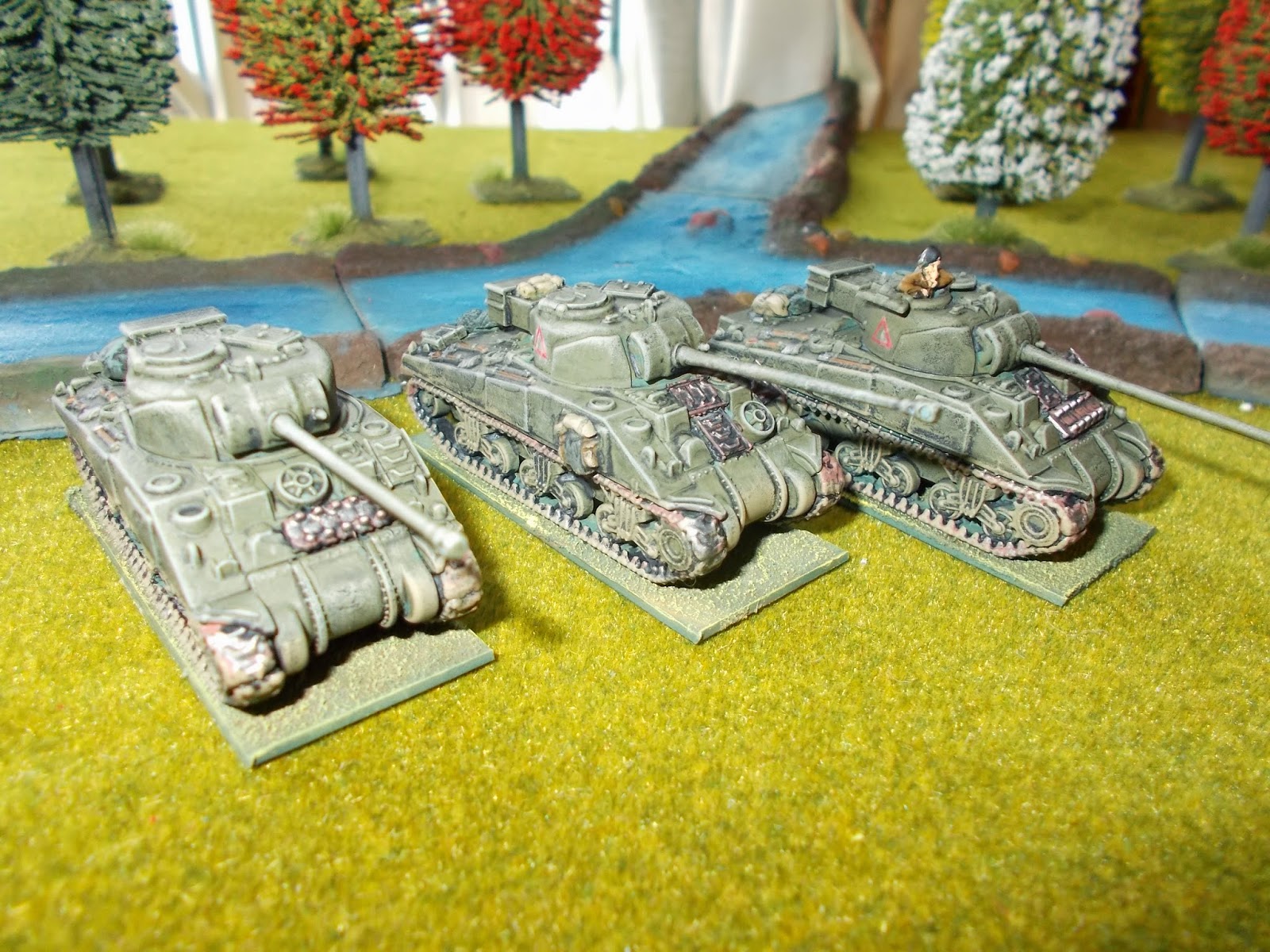 However, as I was building the tanks I noticed in Panzer Colours that there was a captured Firefly being used by the Germans. This was described as having the normal base colour with dark green stripes applied over the top. With the extra German crosses on the turret it really appealed to me, so I did the last two tanks in this scheme. 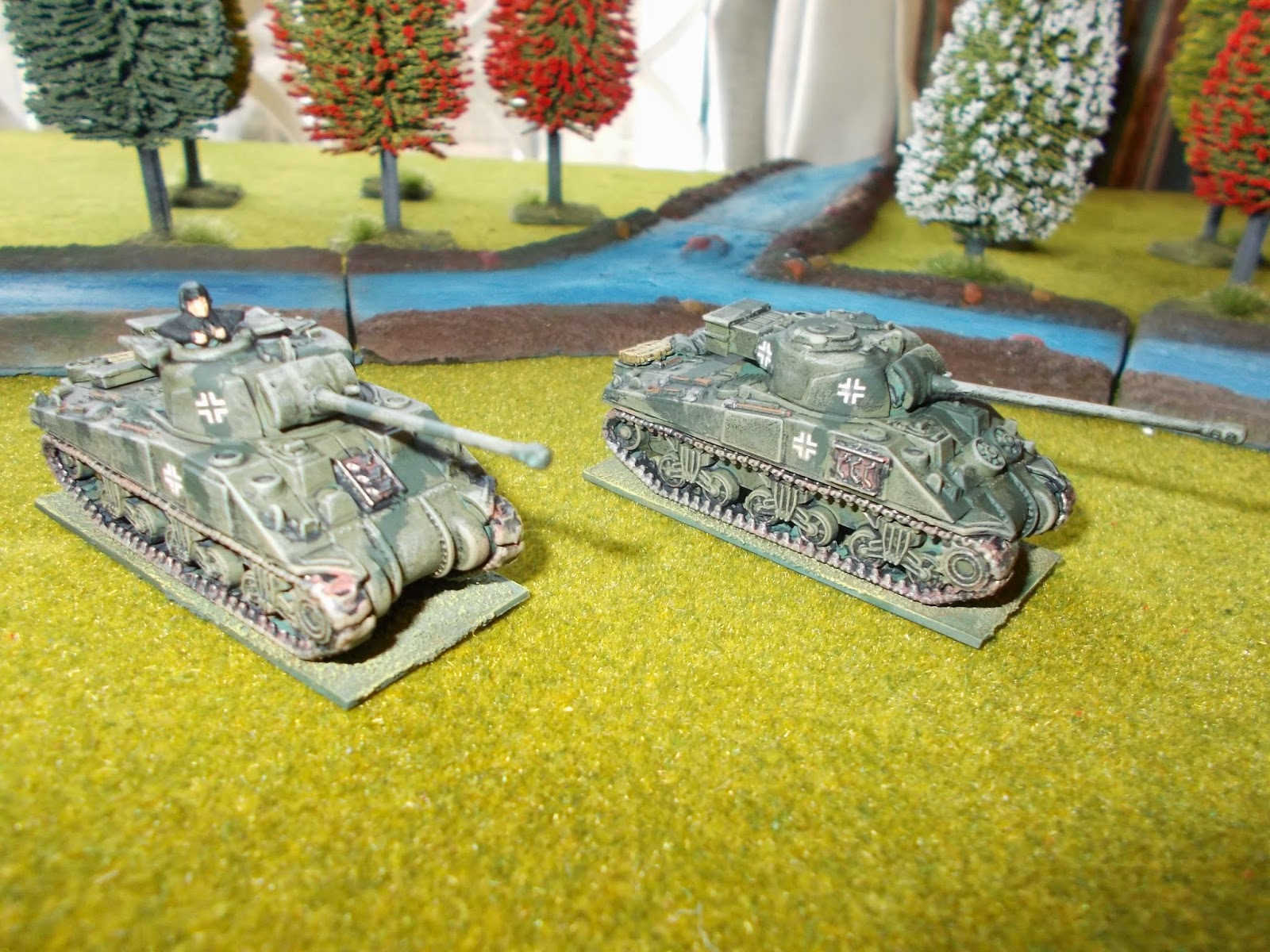 I added a spare German commander from another PSC kit, daubed some dark green lines over the top and added a bit of German specific stowage, like the Dunklegelb Jerry cans, and I now have a couple of interesting additions to my German forces. 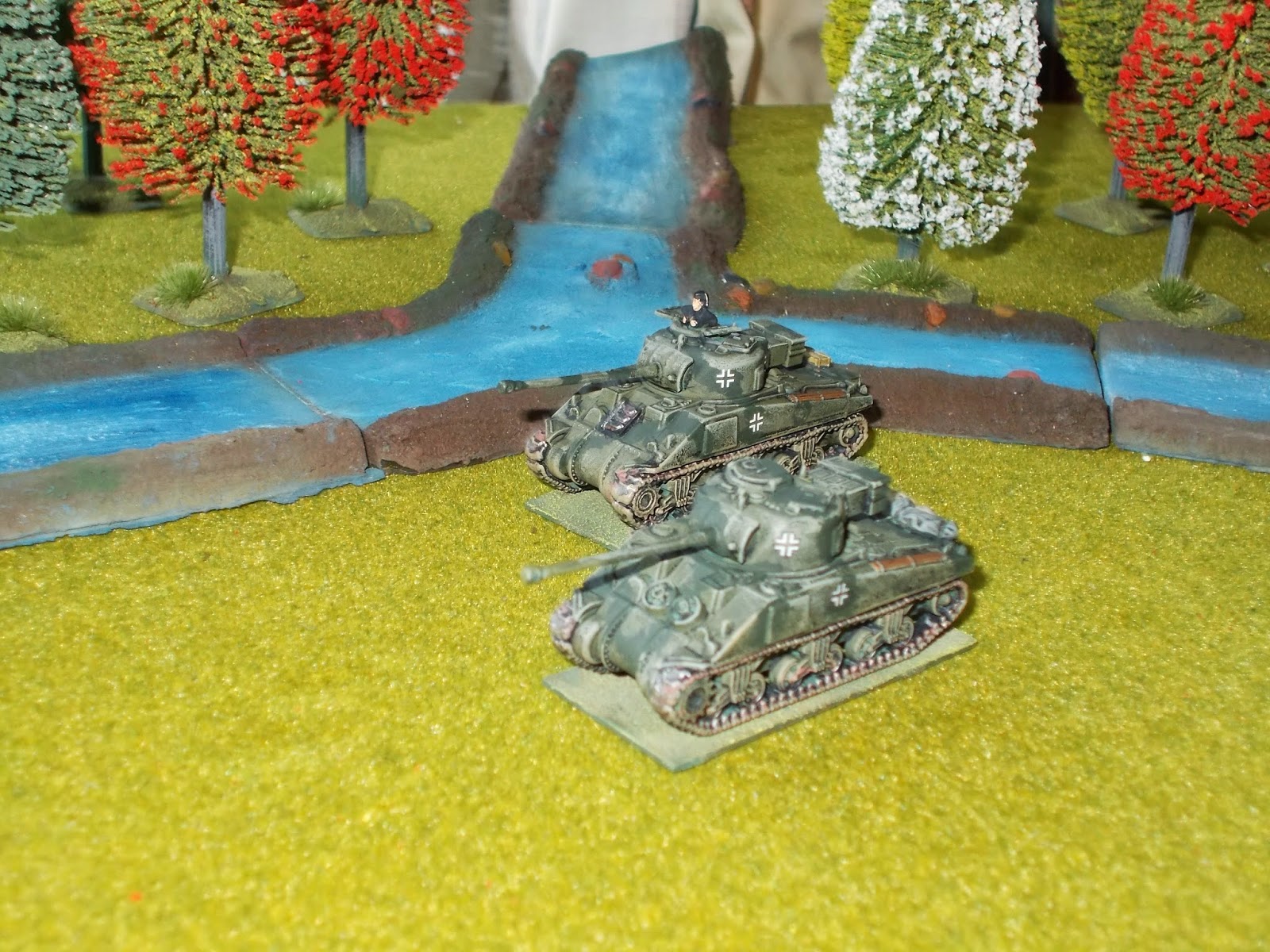 The addition of British tanks now means I have to start getting some British infantry to go with them; it's an uphill struggle, it really is.
Labels: 15mm British Germans Plastic Soldier Company Tanks WW2