To see how I have got to this point, read part one of this build HERE. After leaving the glue drying on the building, it just remained to prime the walls. This was achieved with a simple spray of white. The white will be a good base for the future painting and also provides a sealed surface rather than the porous MDF. 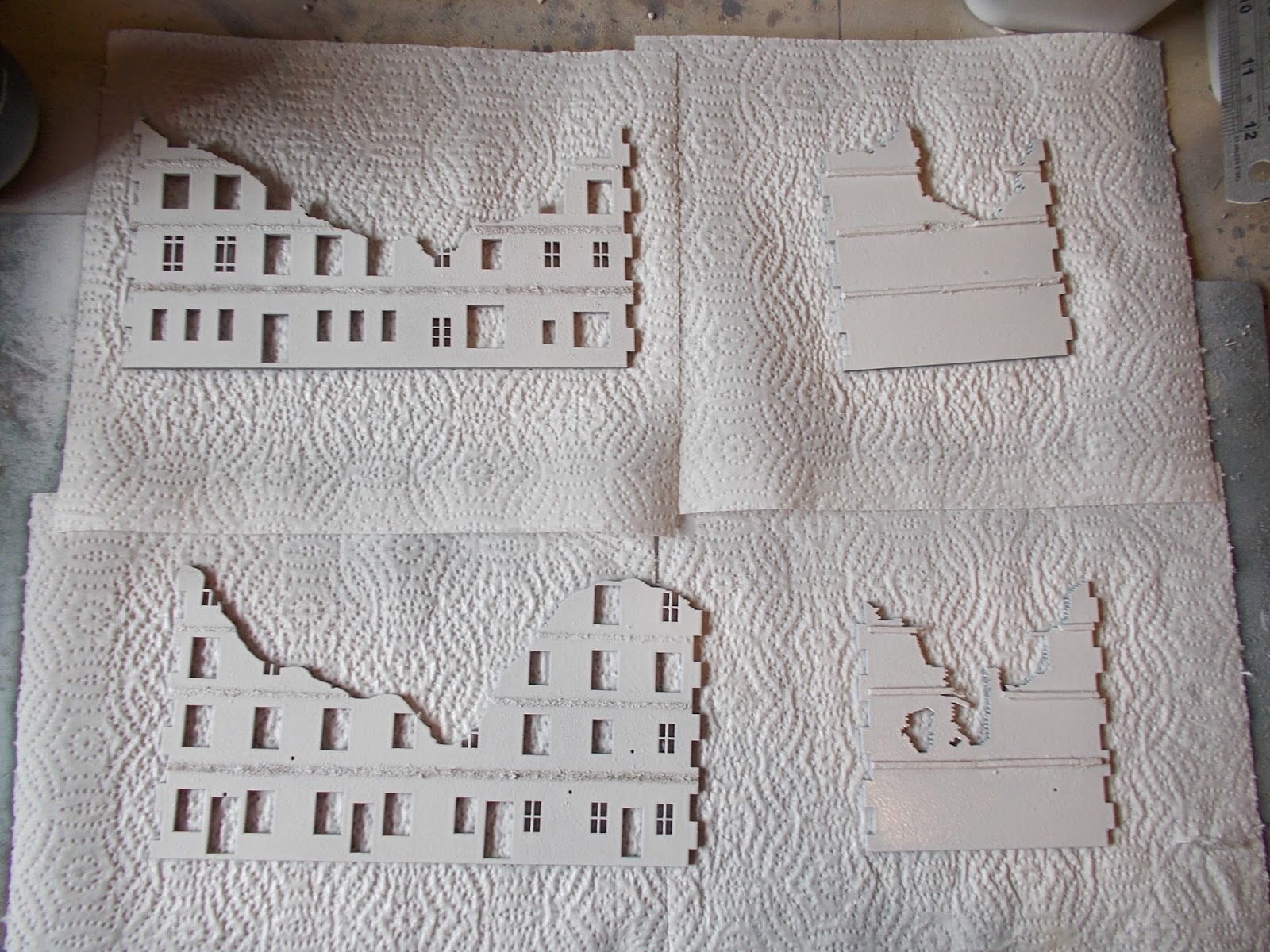 As the paint dried (I didn't watch it), I turned to the base again. This was now dry and solid, so I cut out a piece of embossed plasticard to cover the gaps in the separate pieces and also to represent a tiled floor. This was cut just slightly too small due to a measuring error, but I will be covering the interior with rubble later, so all these problems can just be covered up. Once glued in place I piled a load of books on top and left it to dry overnight. 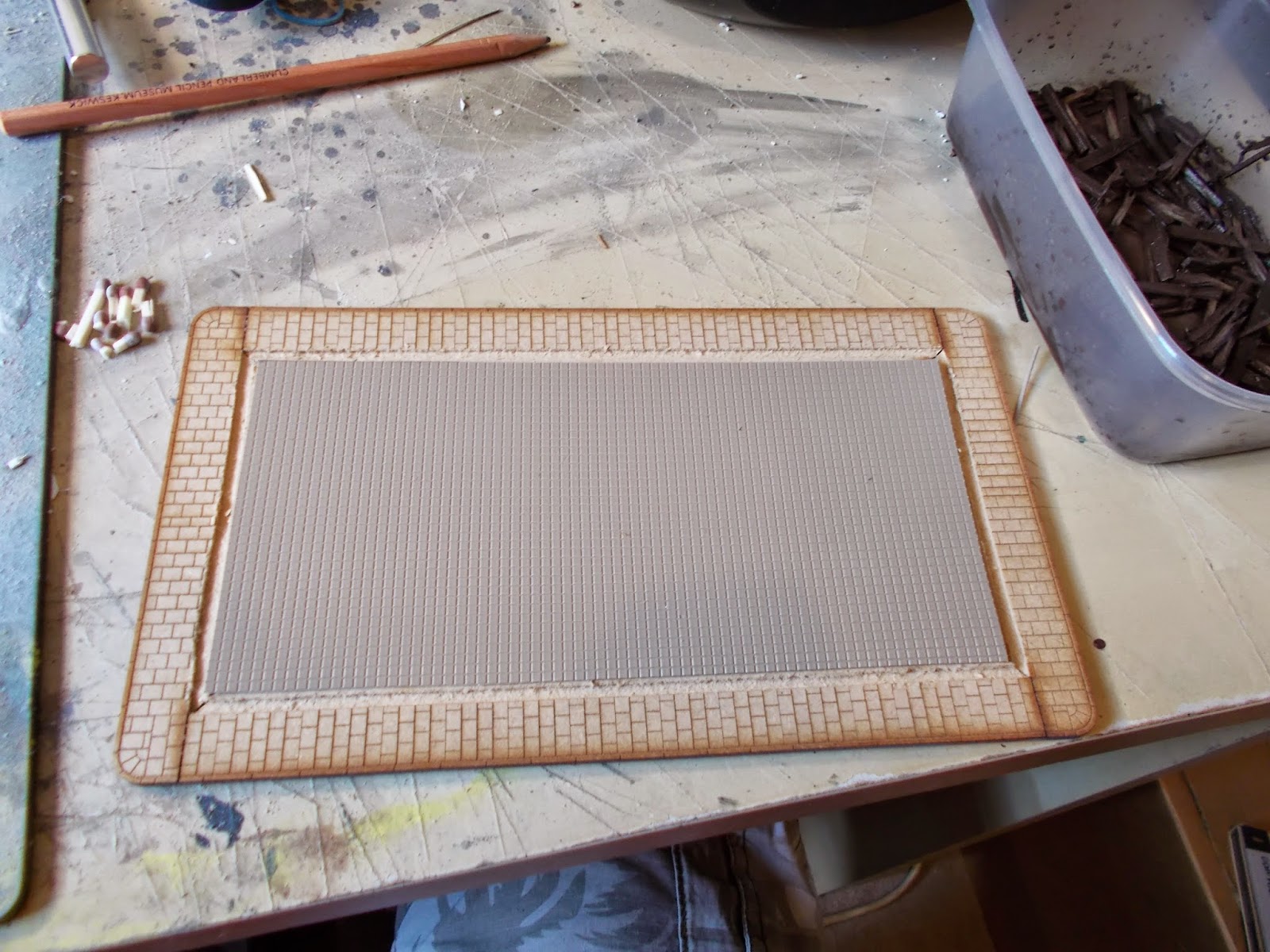 Once the base was dry I sprayed that as well in white primer and fitted the whole building together to see how it looked. The ruined White House: 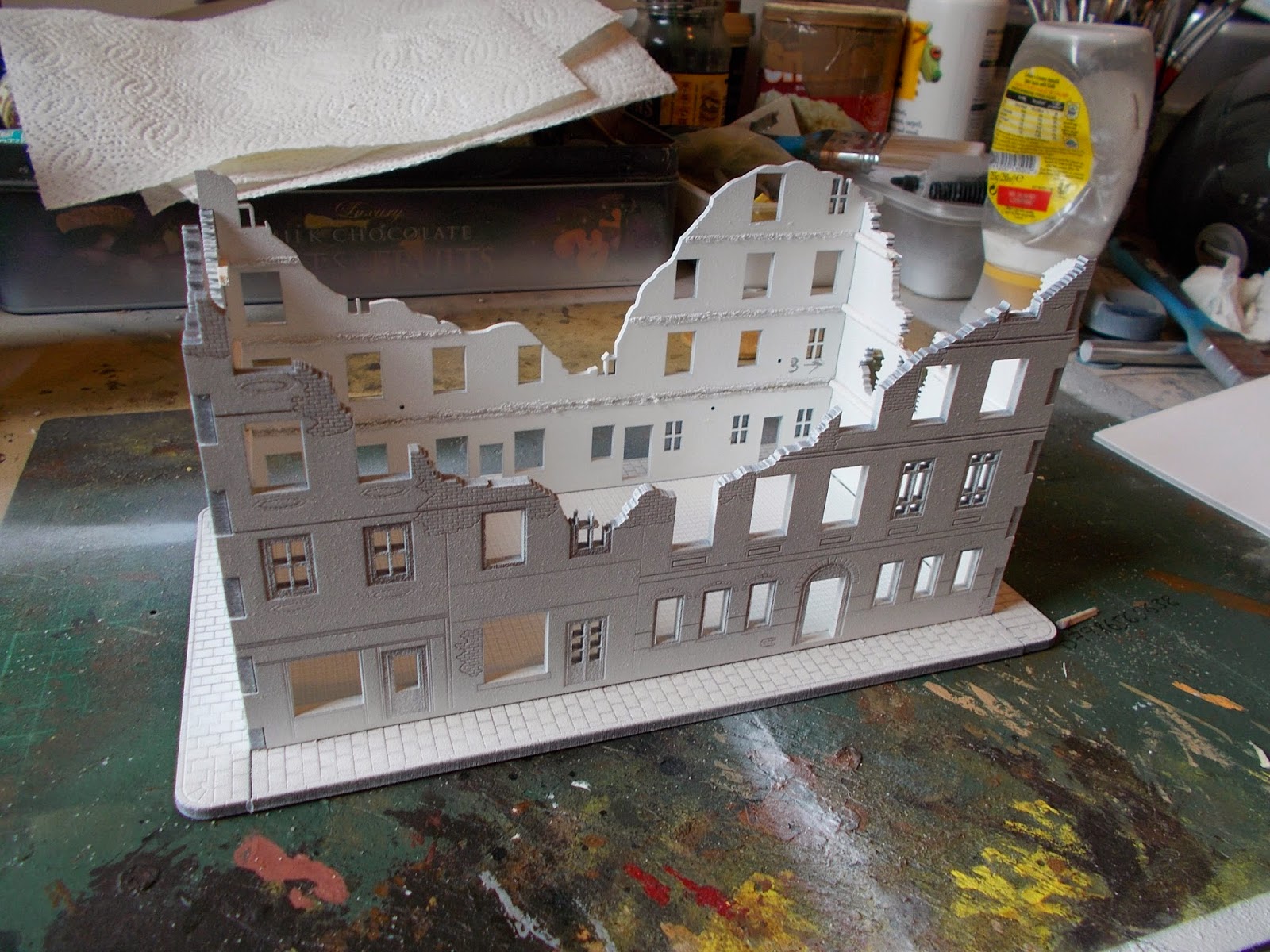 The interior of the building was too empty and being such a big house I wanted to split it into sections. In Rapid Fire! a building like this would be at least two separate sections, enough to fit twelve men in each. Unfortunately for me, the front of the building didn't match square with the rear, so I had to build a dog-legged interior wall rather than a simple straight one! 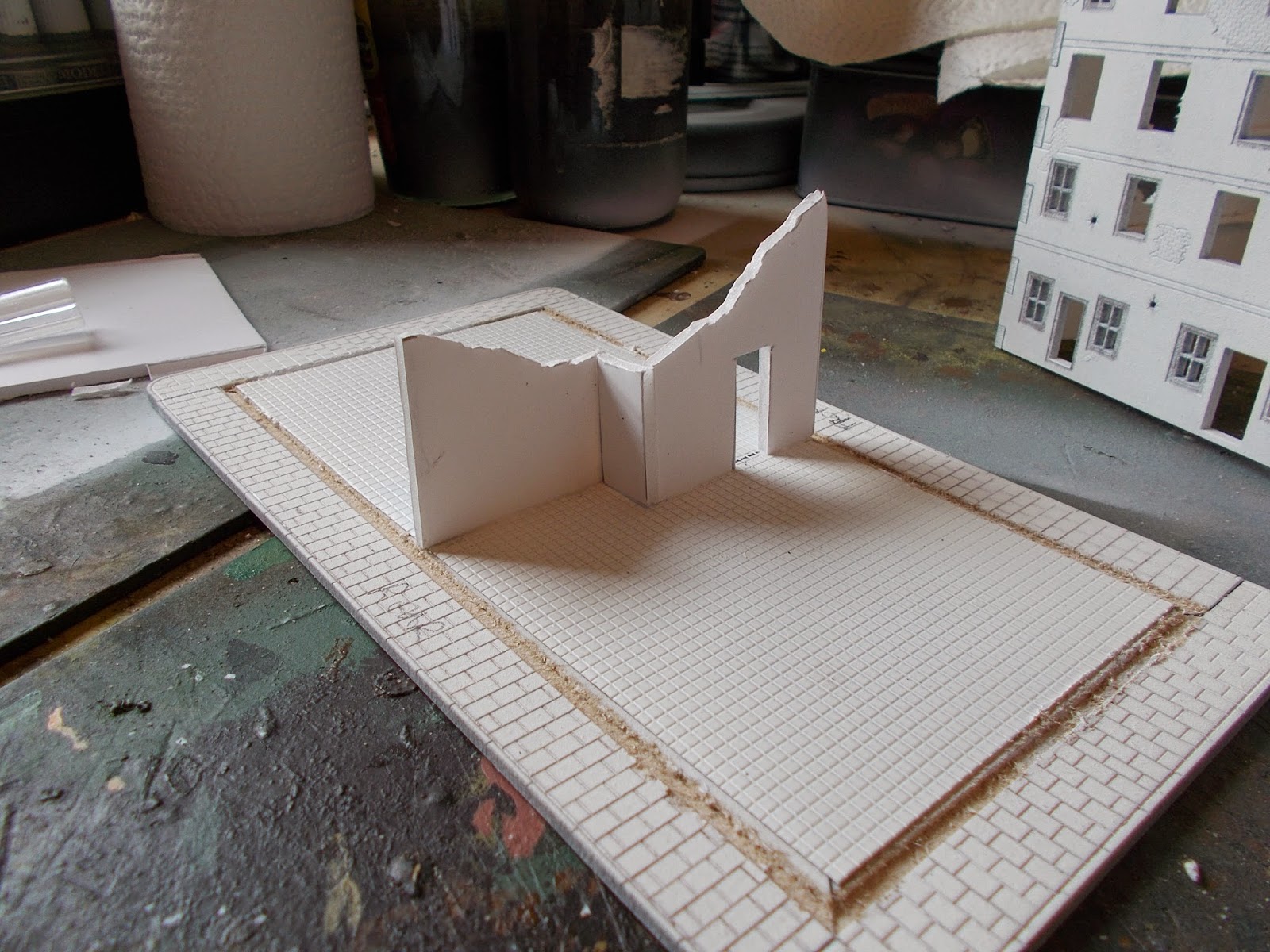 This was done with foam card, as it was the right thickness and it has the appearance of a smashed wall with the foam interior. I drew out the line I wanted with a pencil and measured up the walls to the correct height. The rest of the wall was cut to make it looked ragged like the exterior walls. Once glued into position, I scraped off the sand in the appropriate places on the walls, so the dividing wall would fit snugly: 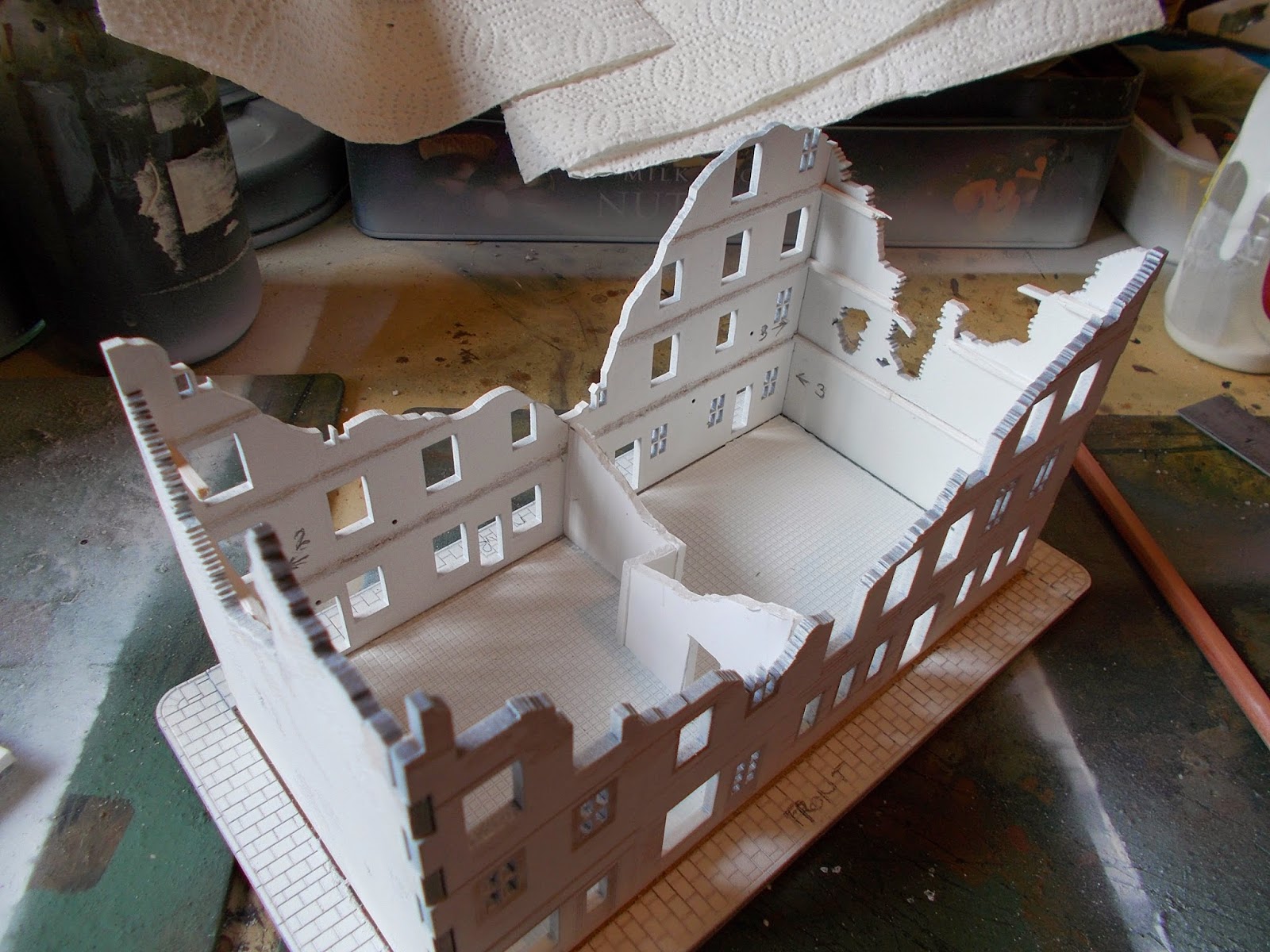 Once this was dry, I detailed the walls with sand, just like before. Then I added sand to the base, for the rubble of collapsed walls and roof. I did this at this stage so it would be easier than trying to smear PVA glue all over the floor when the walls were in place. The rubble is a mix of sand, small pebbles and railway modeller's ballast, just to give it some variety: 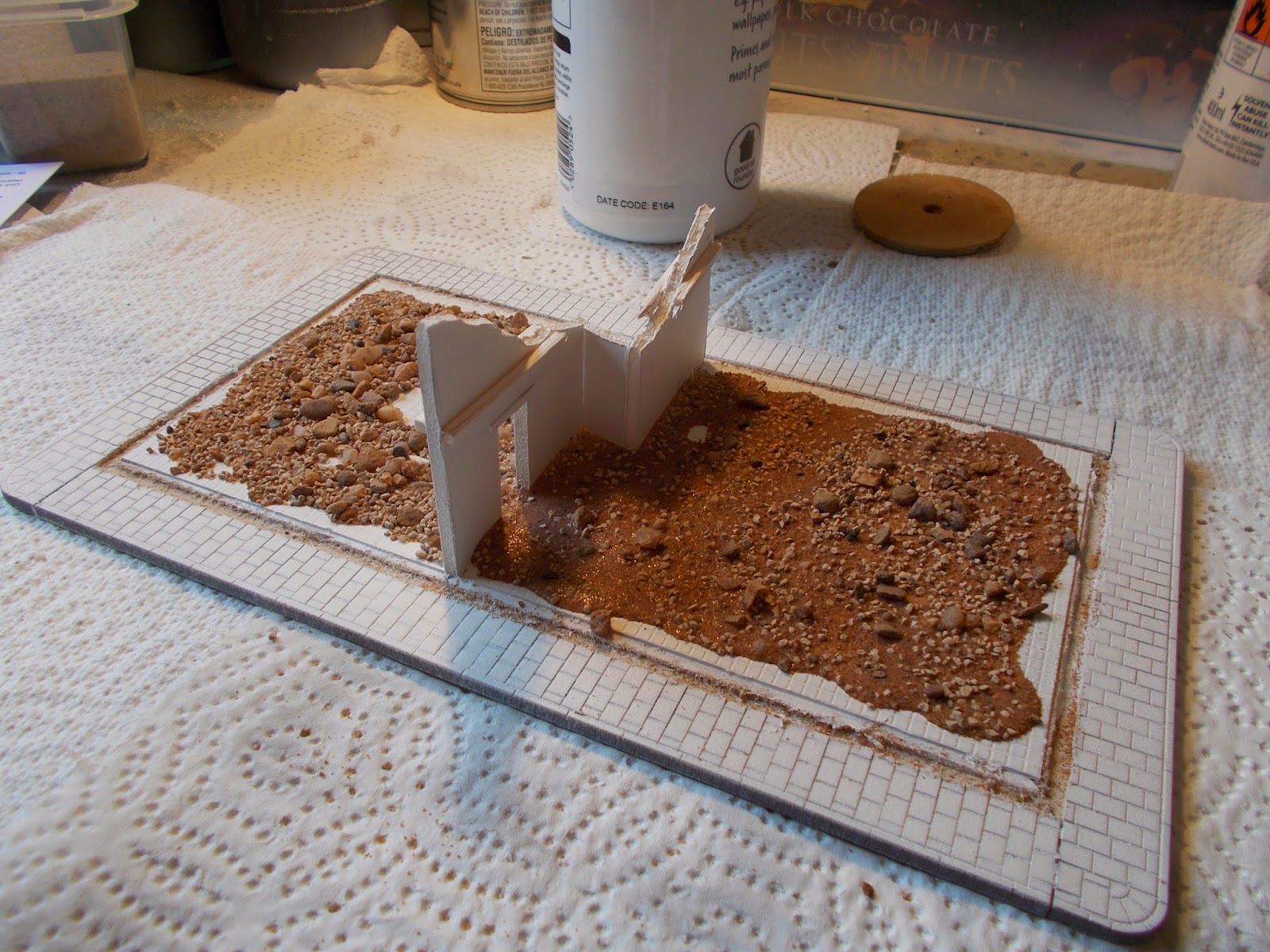 This was all left to dry overnight. Thanks for reading so far, there will be more to come with this!