All the Kaiser's Men

I put the finishing touches to the box of 20mm Caesar German First World War figures I have. These are the left overs from the two sections that I had already completed and are made up of some figures wearing gasmasks. There wasn't enough in the full box of different poses to make a full section of gasmask wearing men, so this was the next best thing. 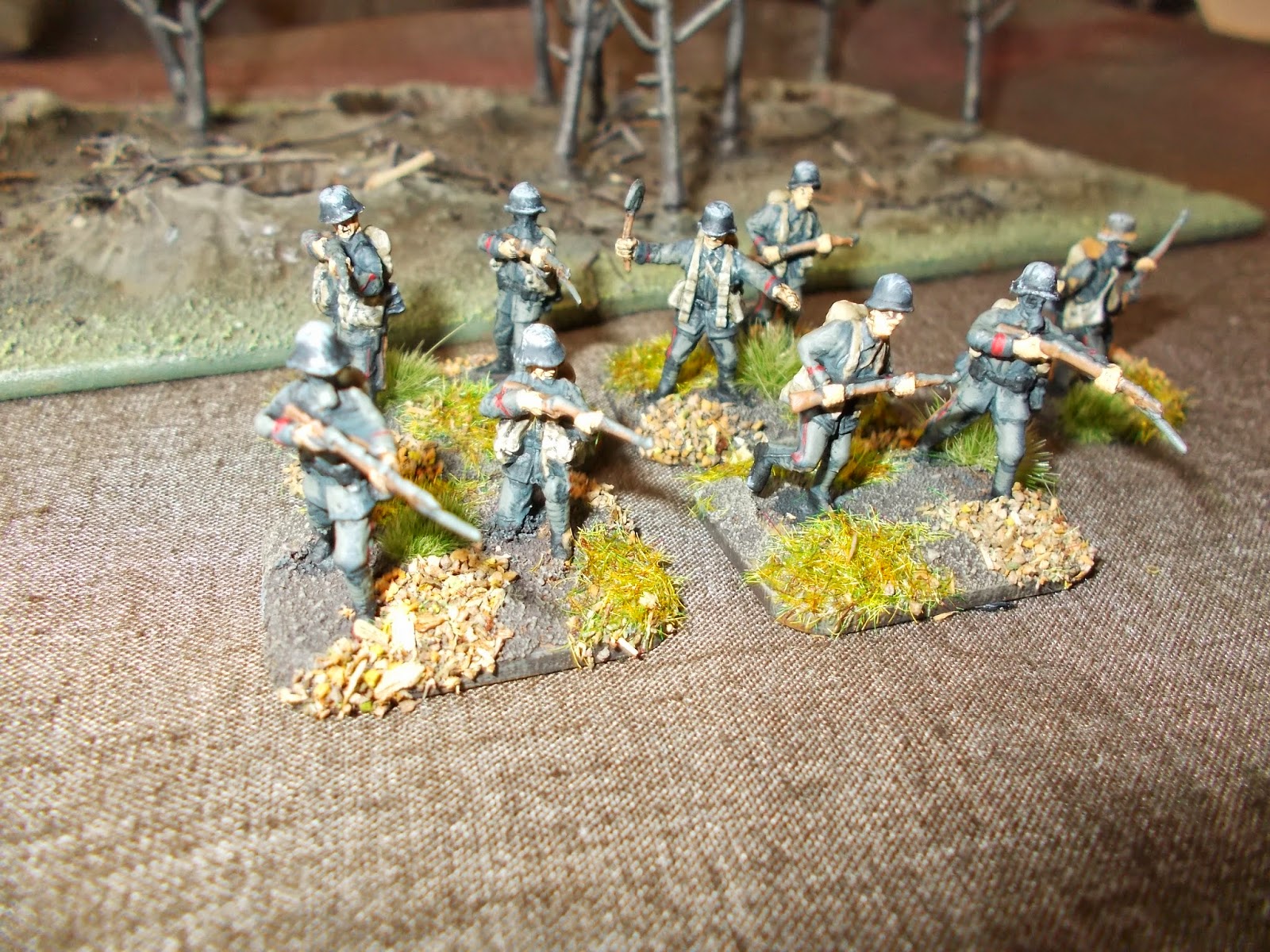 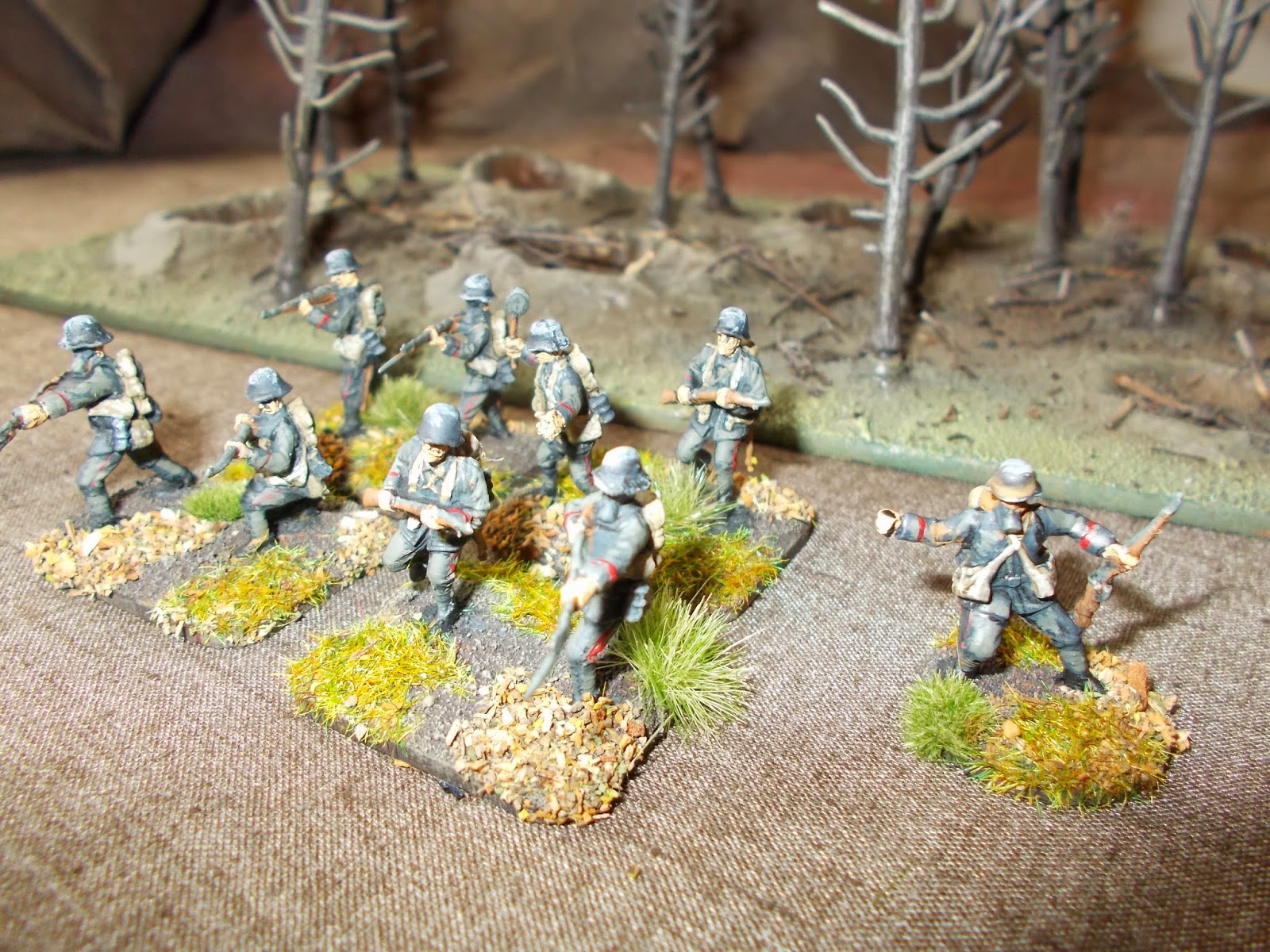 Also there were a few figures that I couldn't really use elsewhere, including a couple wearing trench armour. This was very rare in reality and cumbersome to wear, so the amount of men in this stuff is a bit unrealistic, but they do quite nicely as sentry figures and Big Men. The same could also be said for the chap wearing a gasmask with about eight hand-grenades hanging off his chest. I do like the guys armed with trench clubs though! 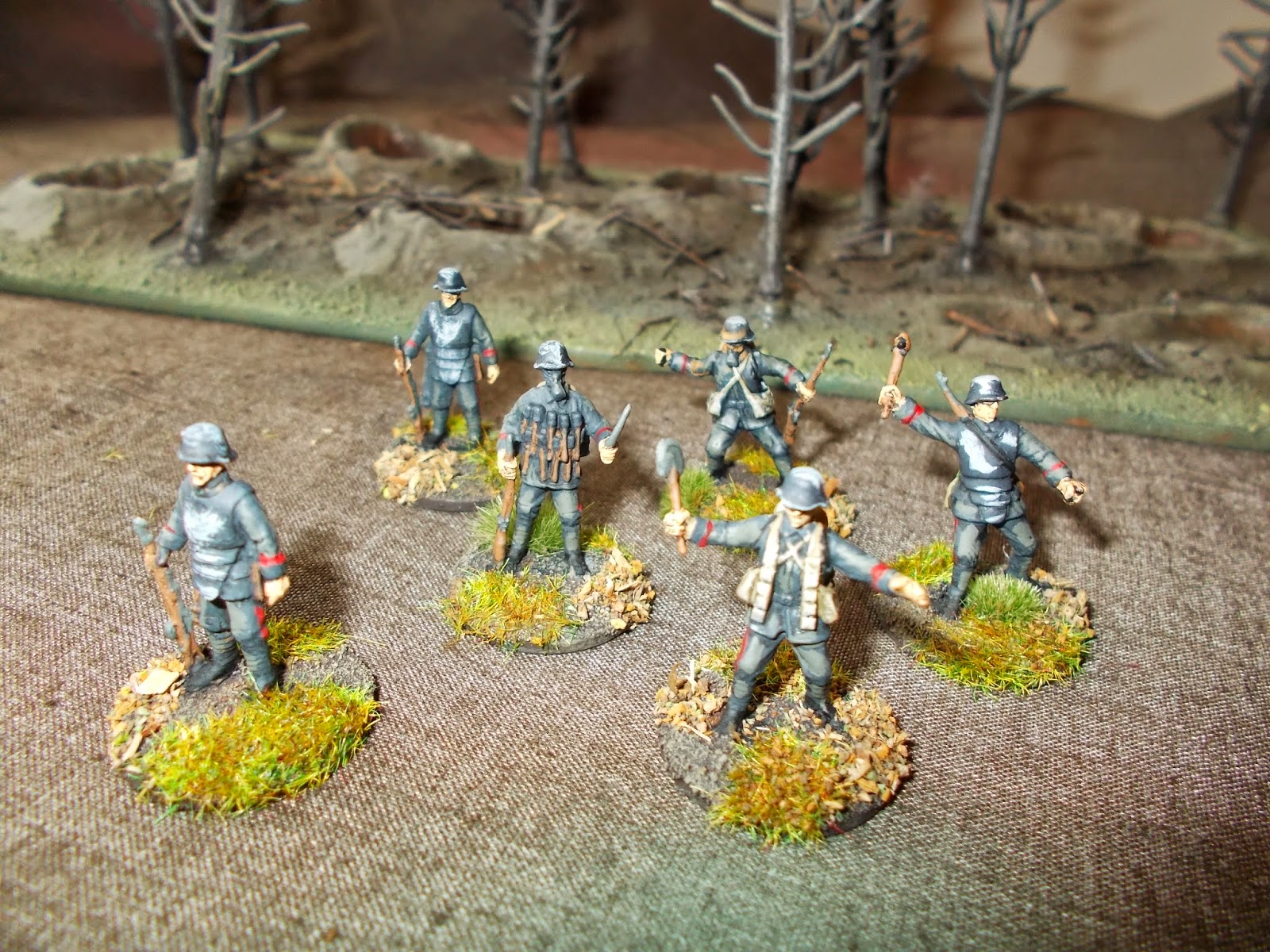 So this is the German force I have so far, it's enough for a decent game, I just need to find the time for one! 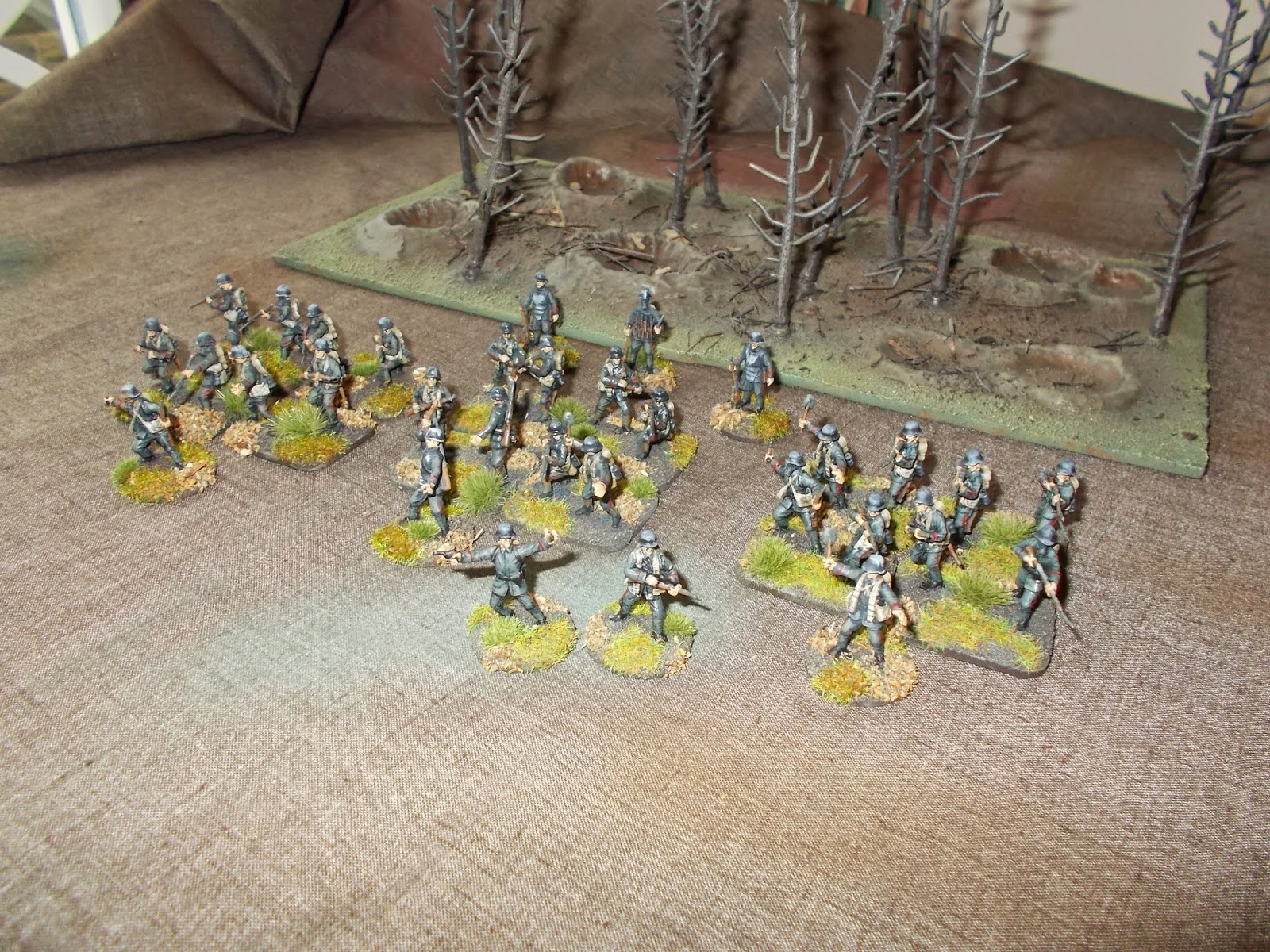 I have some Early War Miniatures Germans on order, so when they are finished, I will post pictures.
Labels: 20mm Germans Infantry Through the Mud and the Blood WW1