Now I've got Pretend Stormtroopers, I needed some Rebels for them to shoot at. TasminP had left a comment on this here blog to tell me that Ground Zero Games did a set of New Colonial Defence Forces which have a passing resemblance to the Rebel Troops in Return of the Jedi: 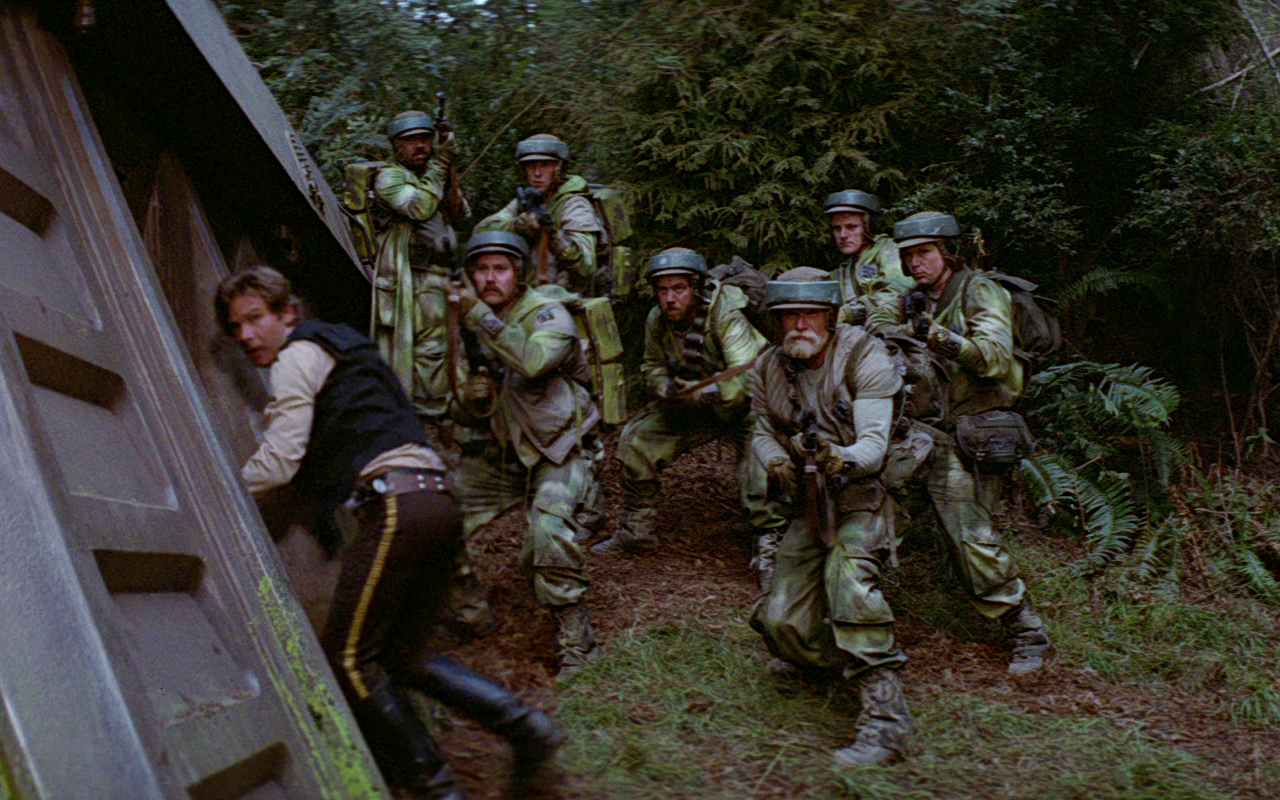 I ordered a couple of packs, enough for two squads and they quickly arrived. The figures are chunky little fellas and I thought they may be a bit big for 15mm, but I measured them and they are pretty much spot on foot to eye 15mm. They are lovely figures as well, with some really nice poses and Tasmin was right they are pretty much perfect for my needs. 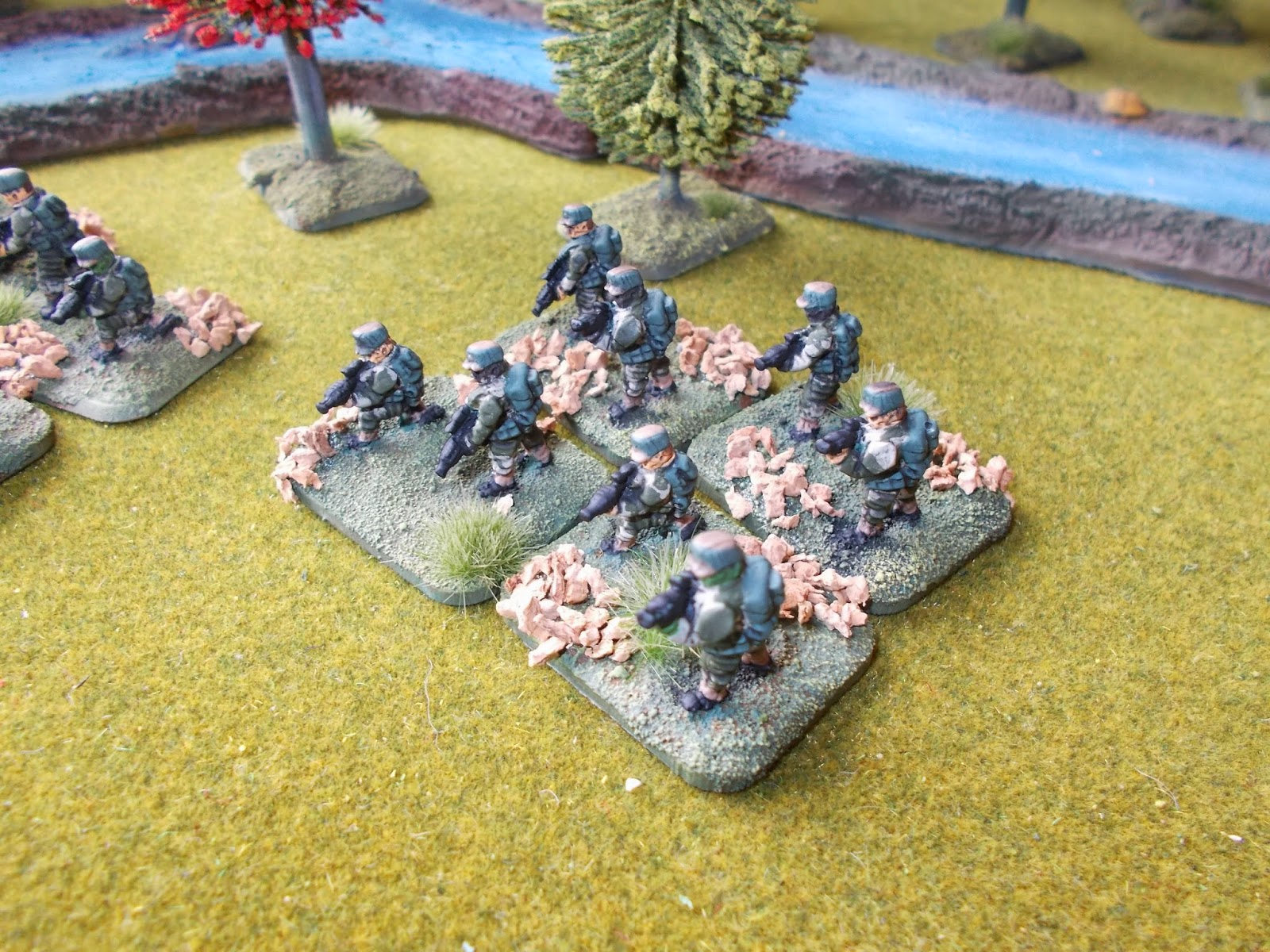 I searched around on the internet for pictures of the Rebels in ROTJ and found the picture above on Wookiepedia and used that as the painting template. 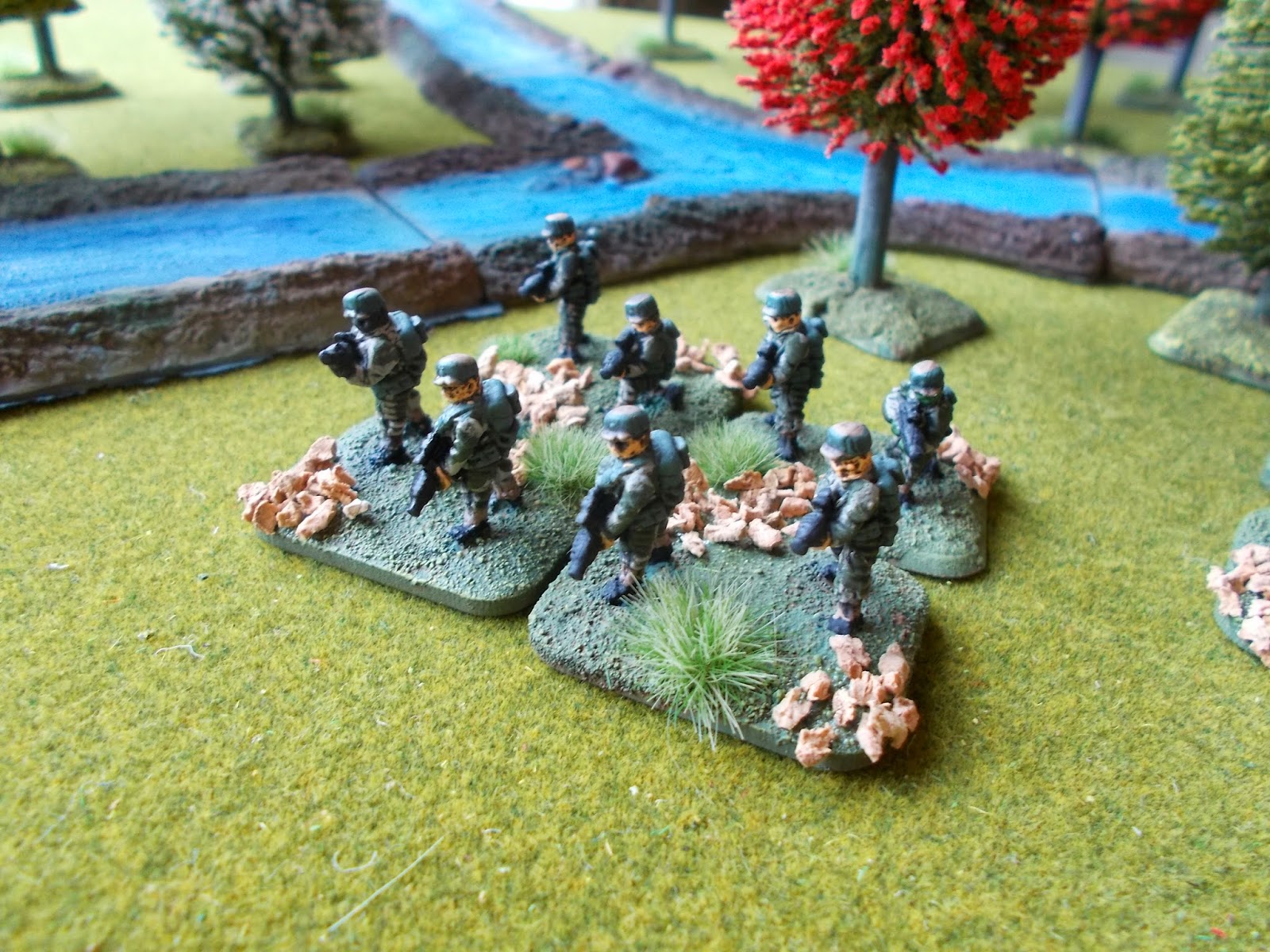 The uniforms look grey with green camo over the top to me, so I painted them in Stone Grey with blotches of Reflective Green over the top. I then painted their puttees and crown and visor of the helmet in US Tan Earth, with German Uniform for the back packs, webbing and the rim of the helmet. The two colours on the helmet really made them look like the Rebel troops. 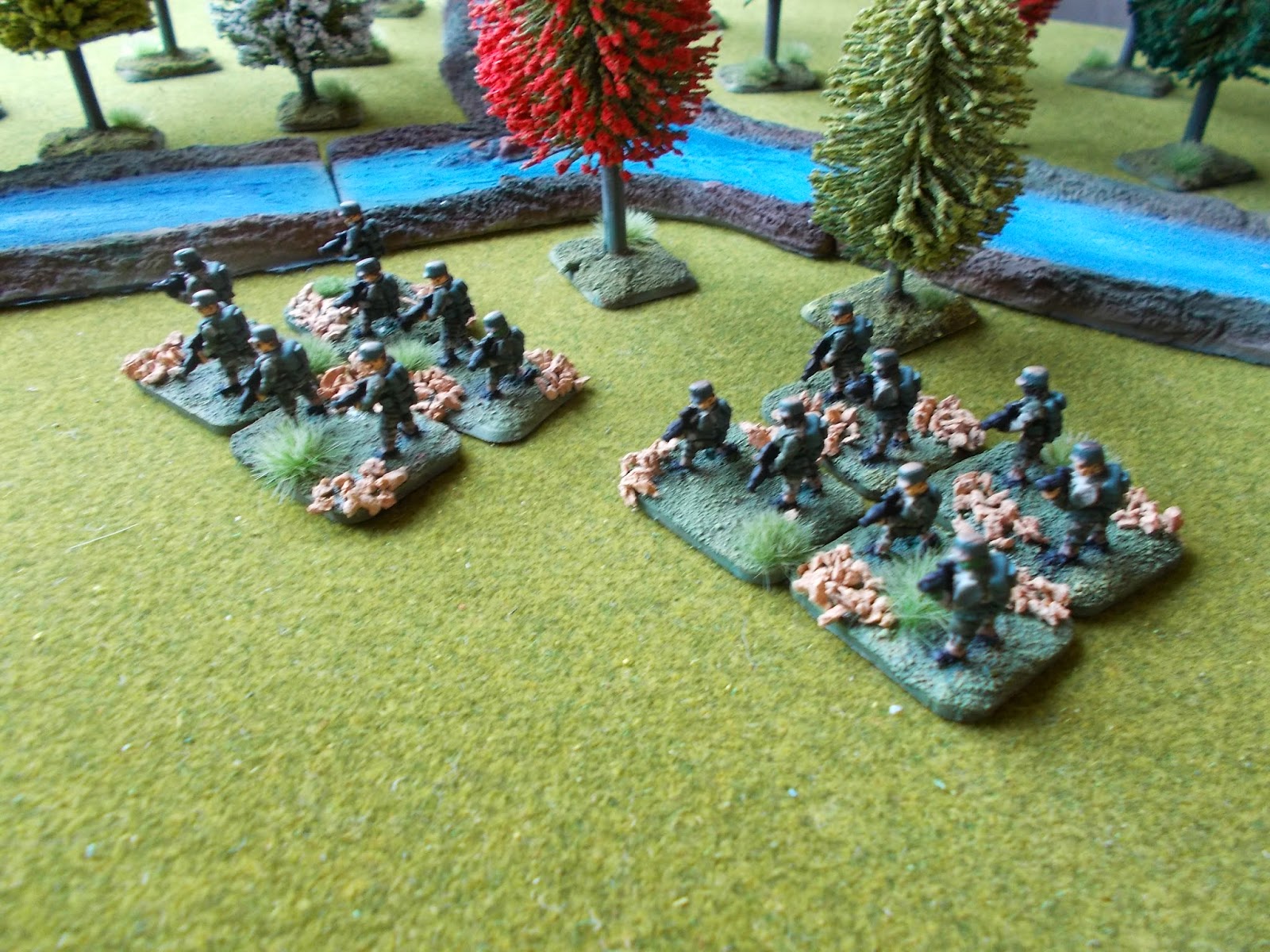 Finally, I just inkwashed them all in Balrog's Toenail Clipping Ink from Games Workshop and that was it. I didn't bother highlighting, as the colours I used as base coats were already quite bright. I painted about half and half black and white skin colour with a couple of green alien faces thrown in for good measure. 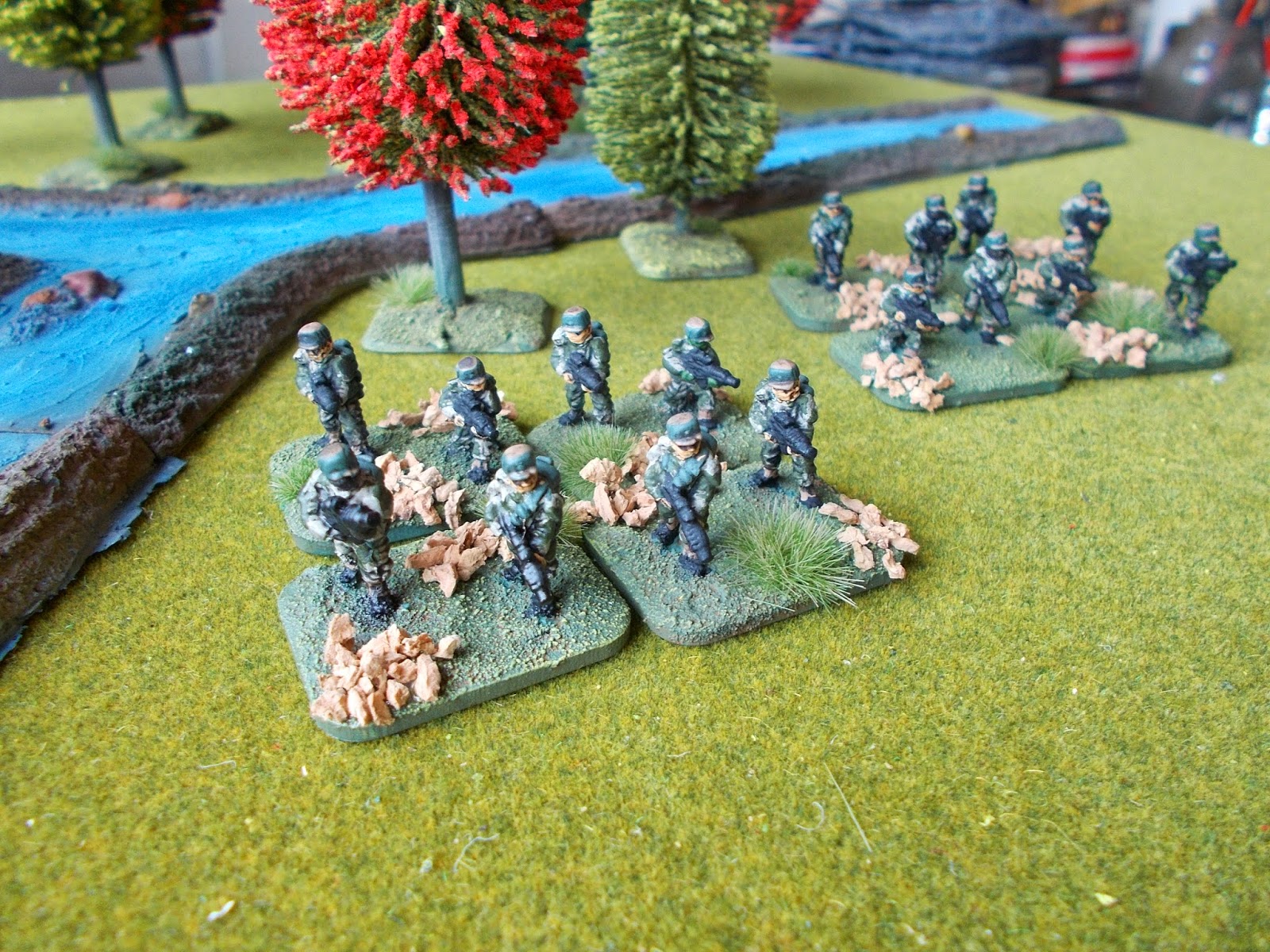 Now, it won't be long before we can have my first game of Star Wars Miniatures Battles in over a decade!

Finally, I am also selling some items from Blaze Away Miniatures on EBay, there's some early 20th Century 28mm Germans and Americans and some 28mm Marlborough's War figures up for grabs. Take a look HERE.
Labels: 15mm Rebels Science Fiction Star Wars