May the Farce be with you!

Practically everyone loves Star Wars and everyone loves Stormtroopers and I am no different. I have been searching about for Stormtroopers in 15mm for some time as I always enjoyed playing the Star Wars Miniatures Battles rules set and also used to have a full set of the West End Games figures in 25mm. However, I sold them all a long time ago, in a galaxy far, far away...

I have been thinking of revisiting them recently and as Dean has also been building some forces for the assault on Hoth, my interest has been piqued! Ninjasaurus Rex came across some figures by Black Hat Miniatures and their 'Enemy Unknown Infantry'. The armour looked about right for the Imperial masses, but I needed a closer look and ordered a set of ten.They were cheap and arrived quickly; a very good service. I immediately painted one up in the Imperial white and this is how he turned out: 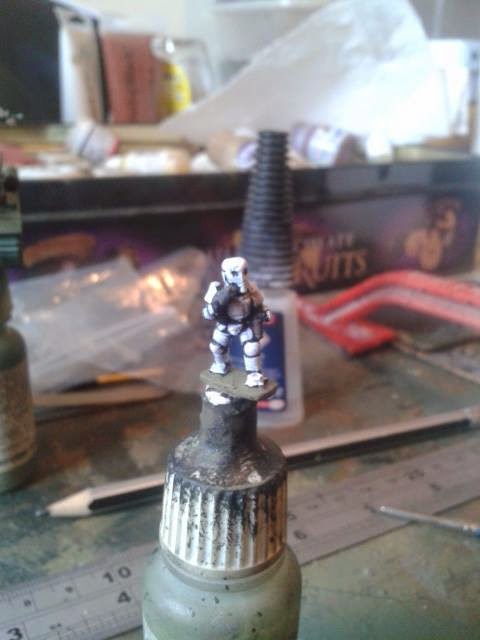 I think from a distance they look the part. OK, the head is slightly wrong, but at arm's length on a board and with the small scale I think they work! Maybe to a wamp-rat bullseyer they are wrong, but I am happy with them. 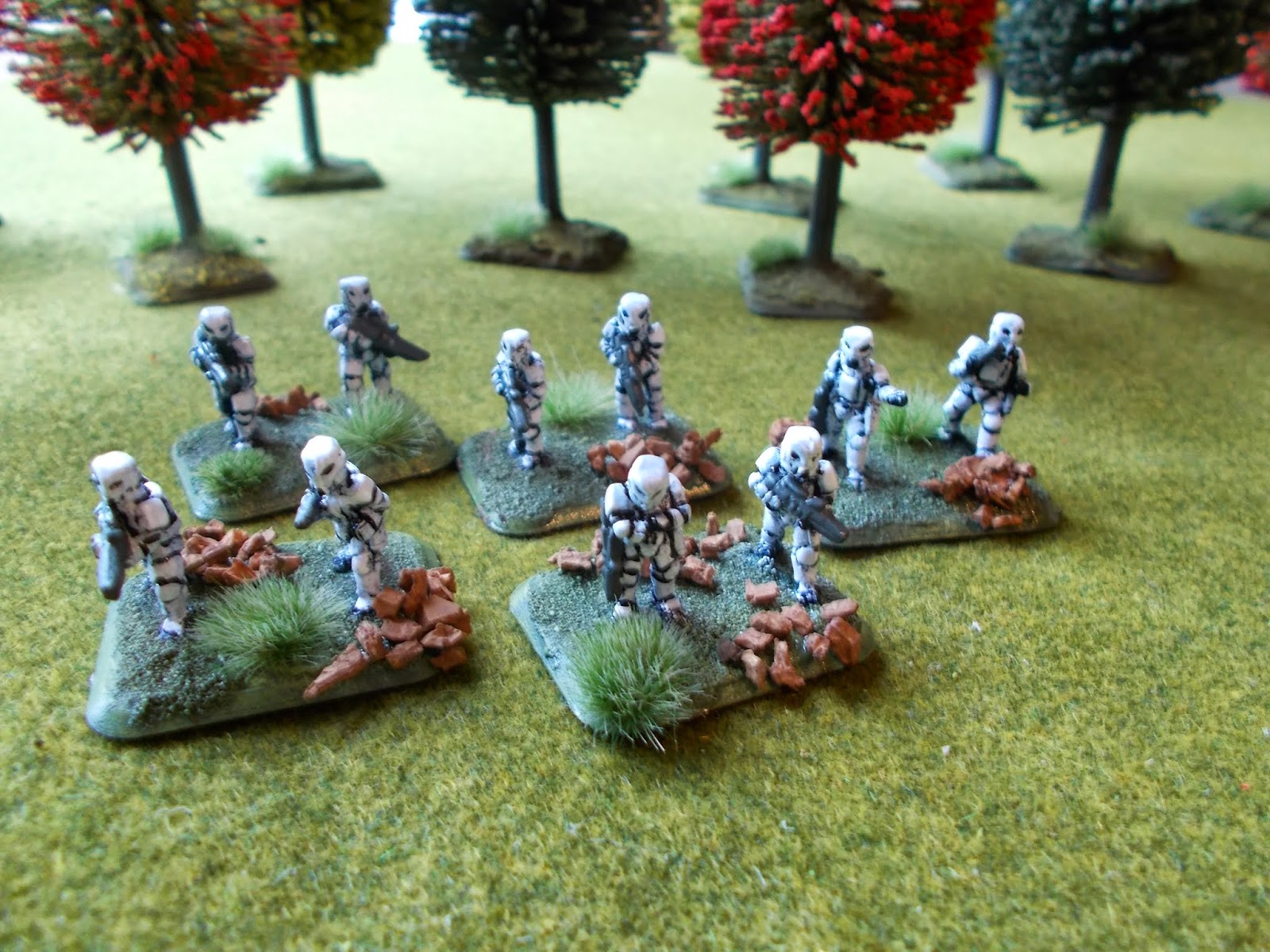 They were quick to paint, as I didn't highlight or inkwash them. Black undercoat with white armour! White is always hard to shade, so I just didn't bother. Cork was added to the bases as alien rocks along with some grass tufts. 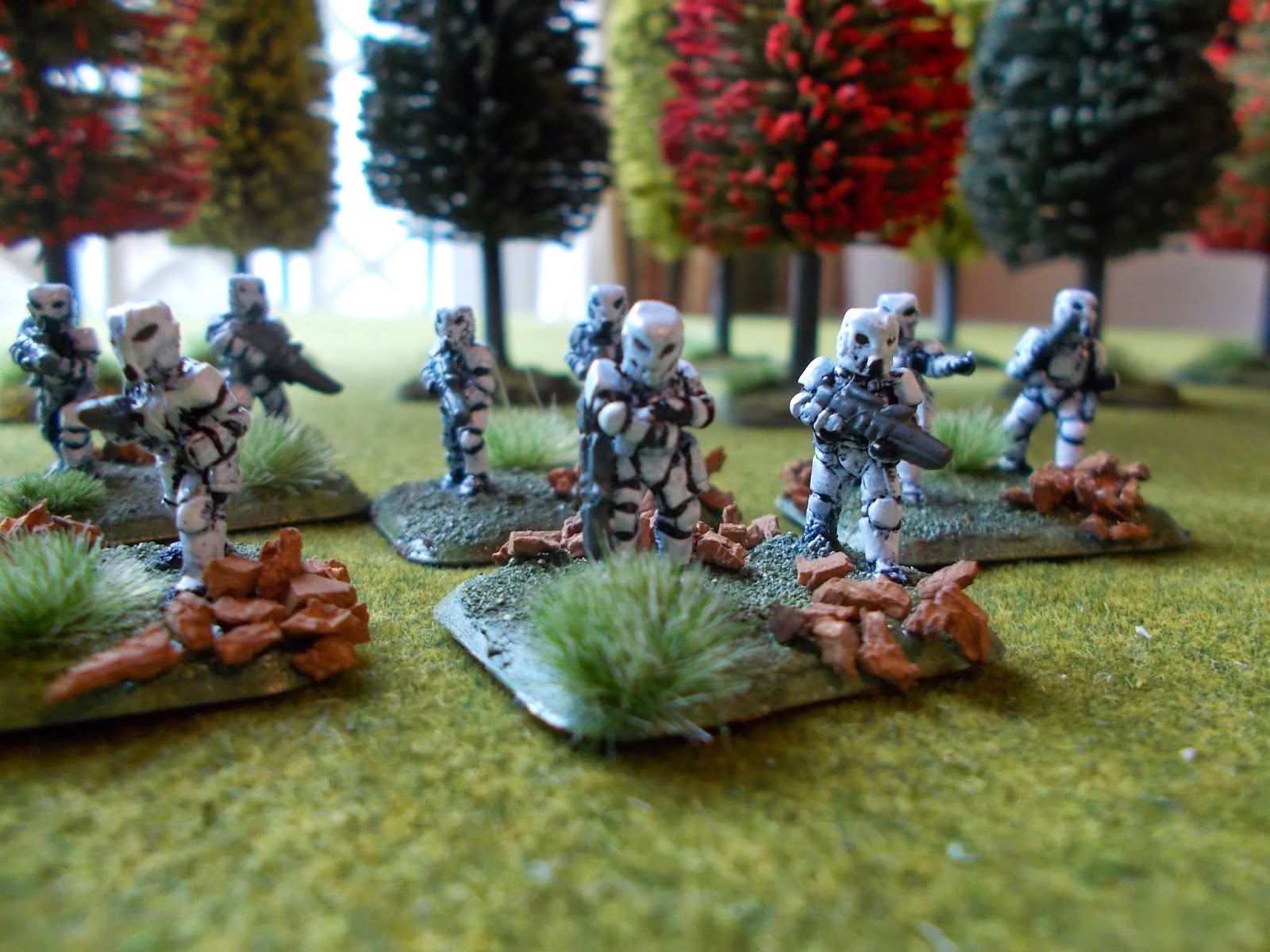 Now, I just have to find some appropriate figures for the Rebels and we can let the blasting begin!
Labels: 15mm Imperial Stormtroopers Star Wars