The Ladies From Hell!

The latest addition to my growing First World War British force are these 20mm Highlander soldiers, replete with khaki covered kilts! They are mostly from HaT, augmented with a Lewis Gun section and piper by Early War Miniatures. The HaT box comes with only 32 figures, which was just enough to create a platoon, but left me with no Big Men, so I added the EWM figures to readdress the imbalance. 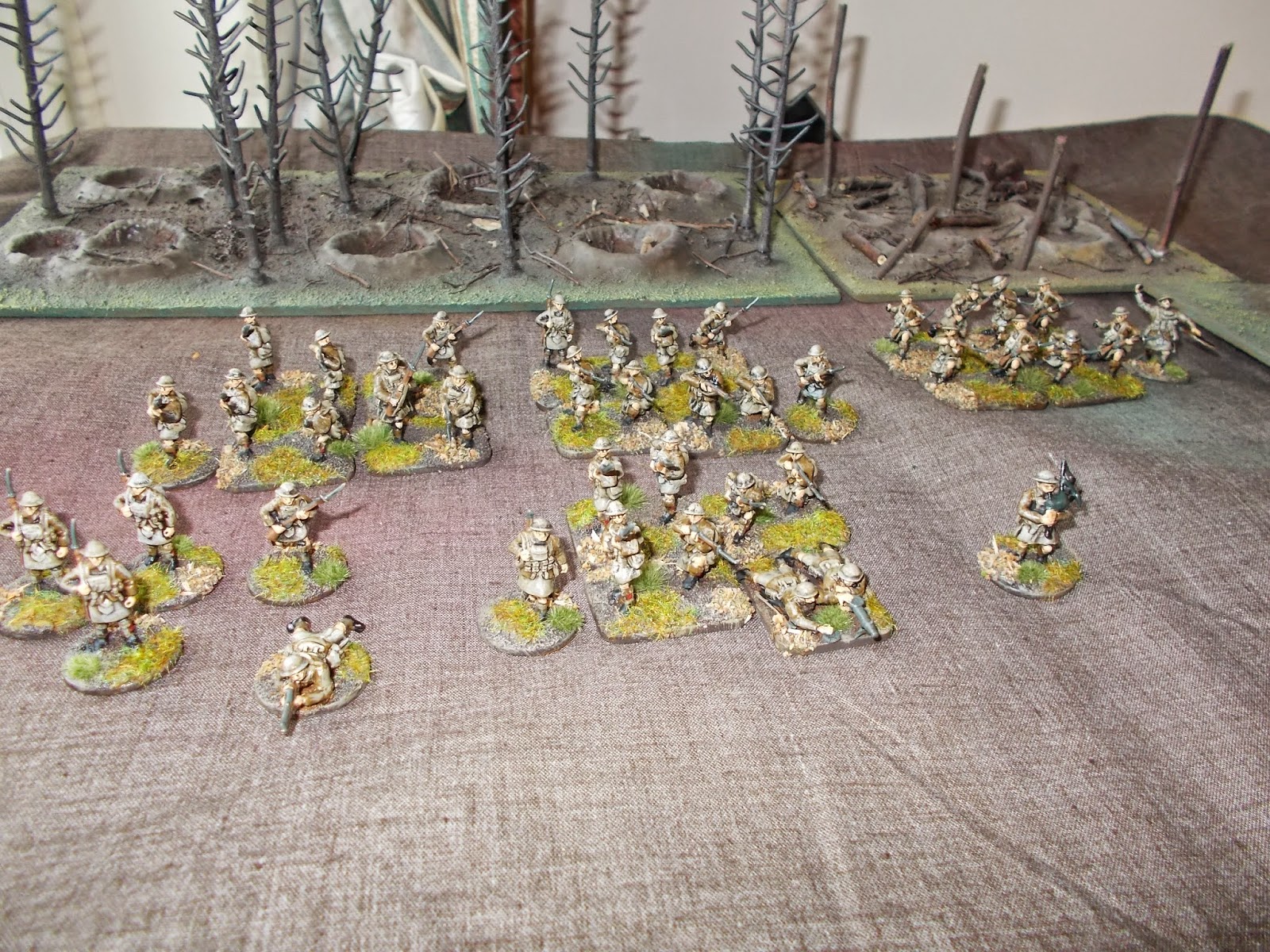 Some of the HaT figures were perfect for creating sentry figures, so these were individually based. 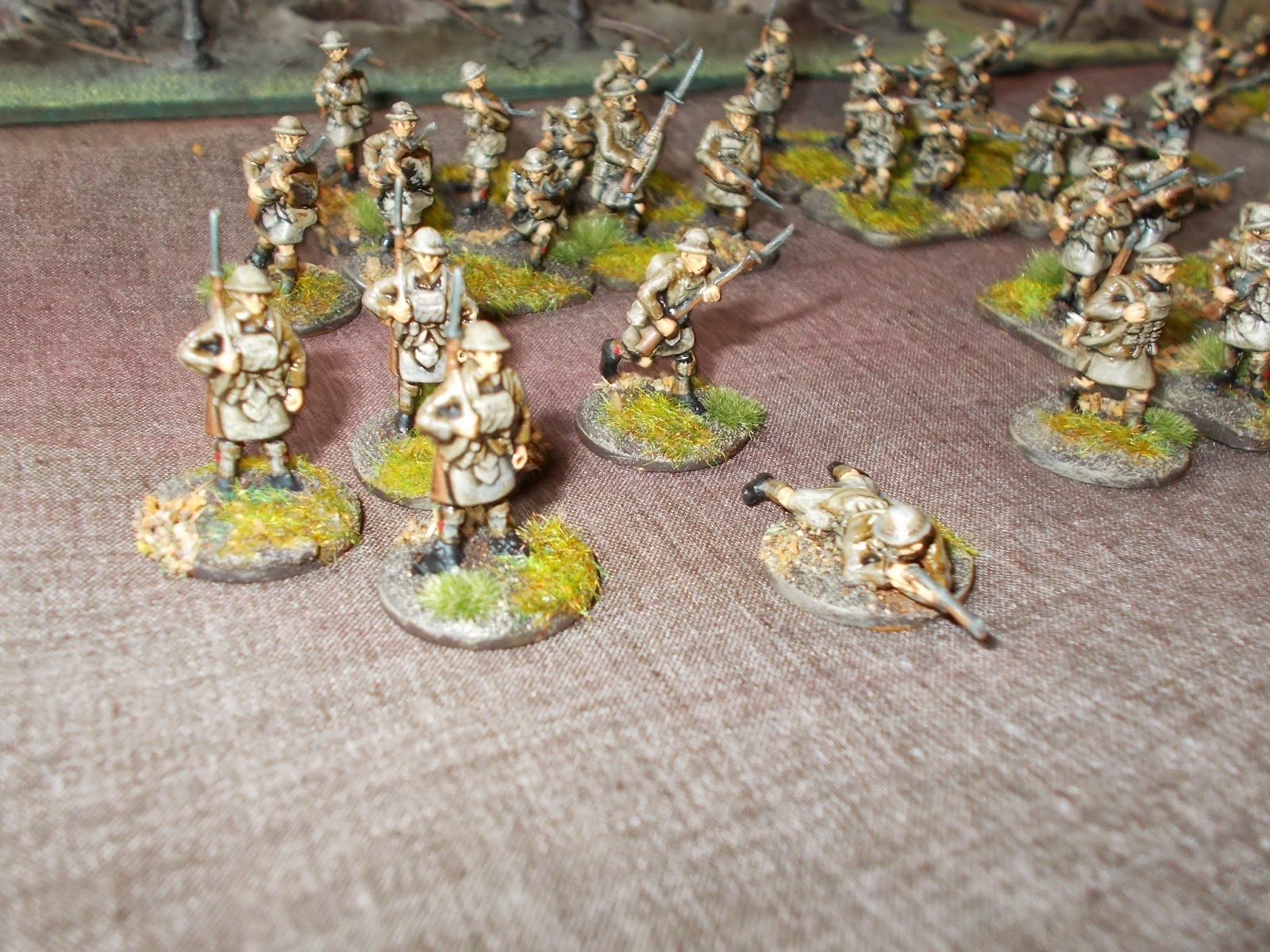 The two chaps on the front right are EWM Scots. Although they are slightly chunkier, you can see that they fit in well with the plastic figures. All the figures, both metal and plastic, are well posed and reasonably proportioned. 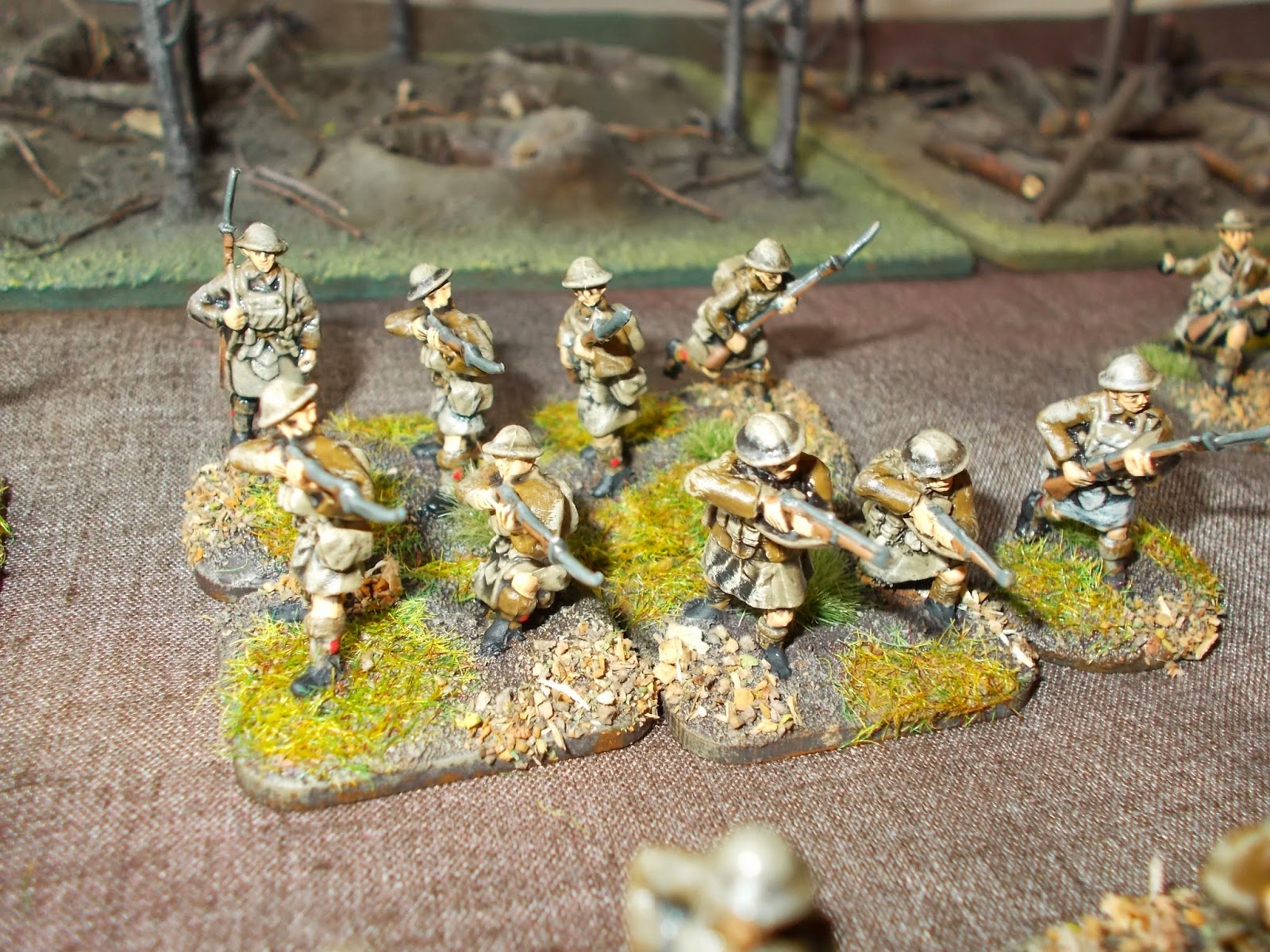 The usual lack of rifle grenadiers means that I have two sections of riflemen, but I was able to put together a section of bombers from the HaT box. 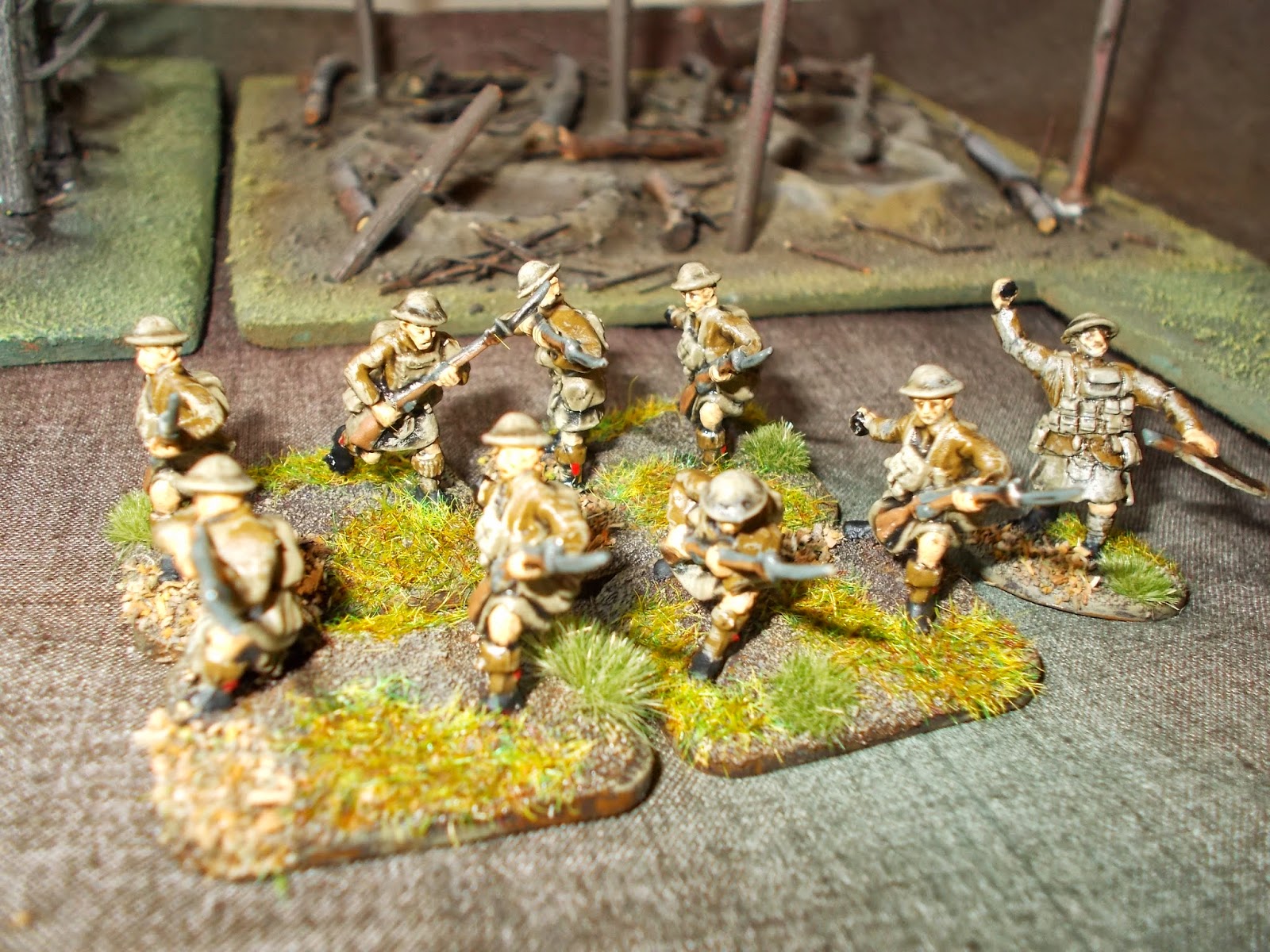 As you can see, all the Ladies from Hell are wearing kilts. However, in active service these were covered in a khaki skirt, which was a good thing for me as I don't have any Tartan paint... 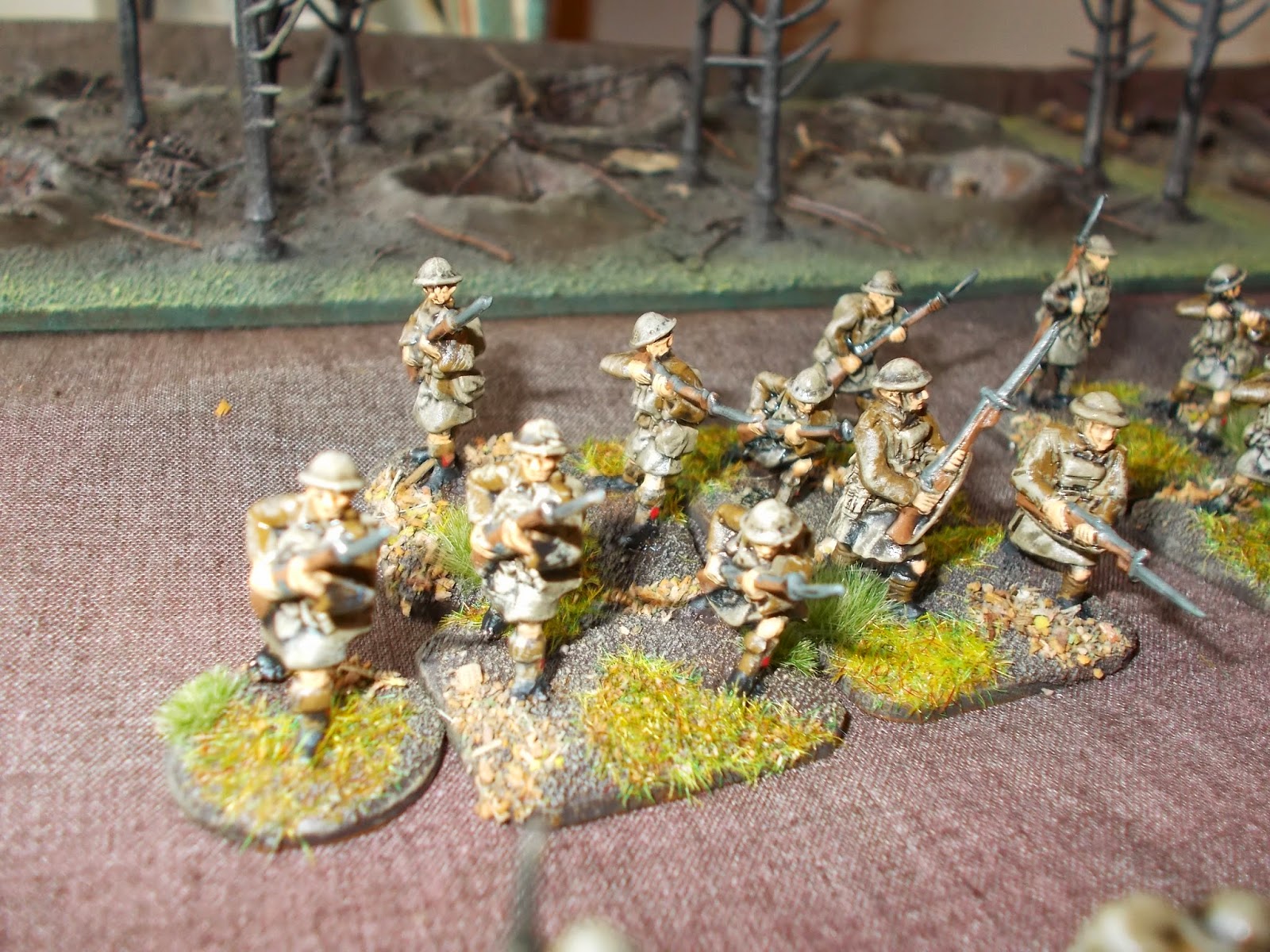 The Lewis gunner and his number two are from EWM and are really nice figures. I like the way that number two is reaching for the magazine drum. 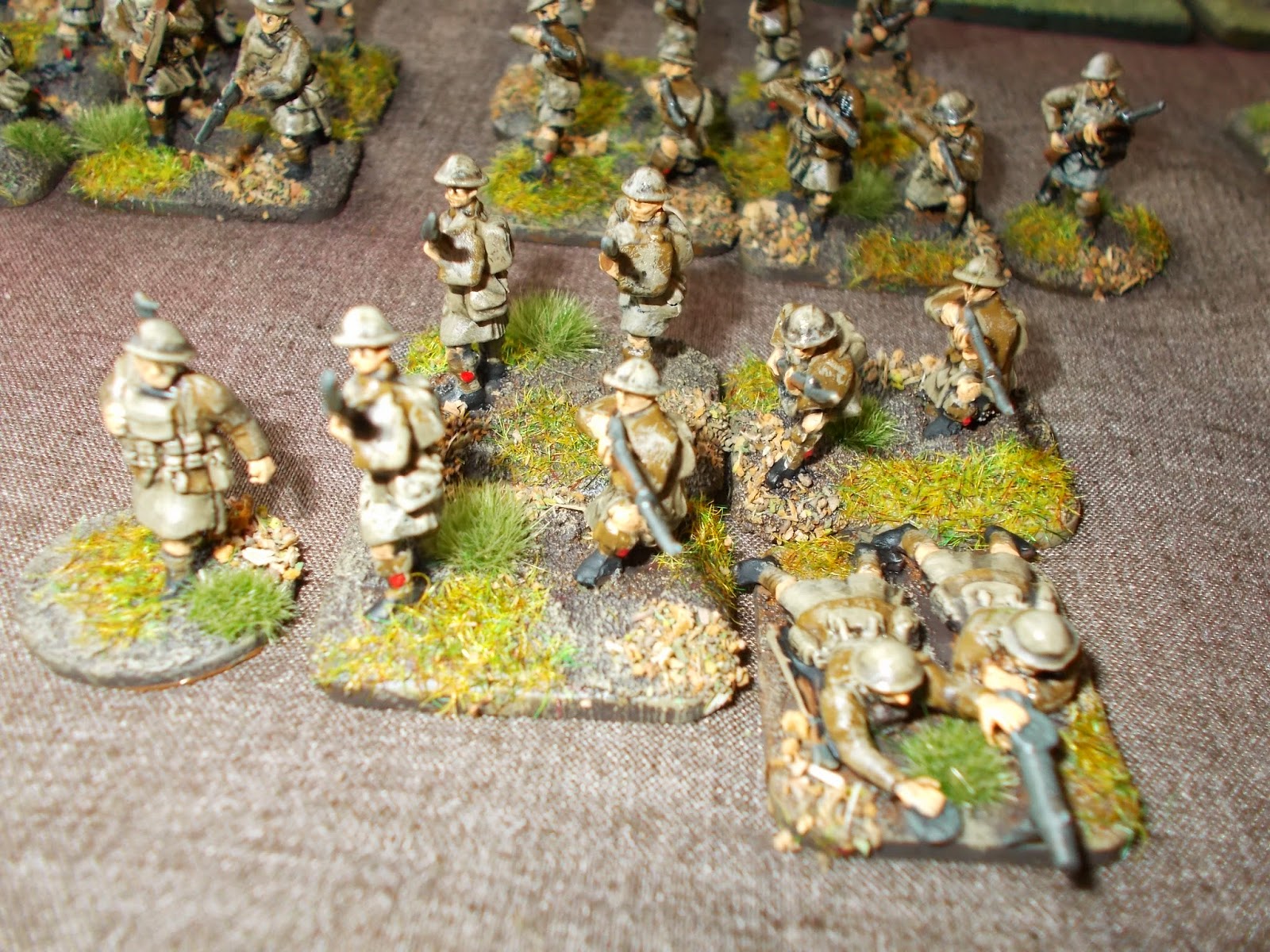 And no Highlander force would be complete without the obligatory piper! Here is Wee Middenface McNulty blowing for all he is worth. 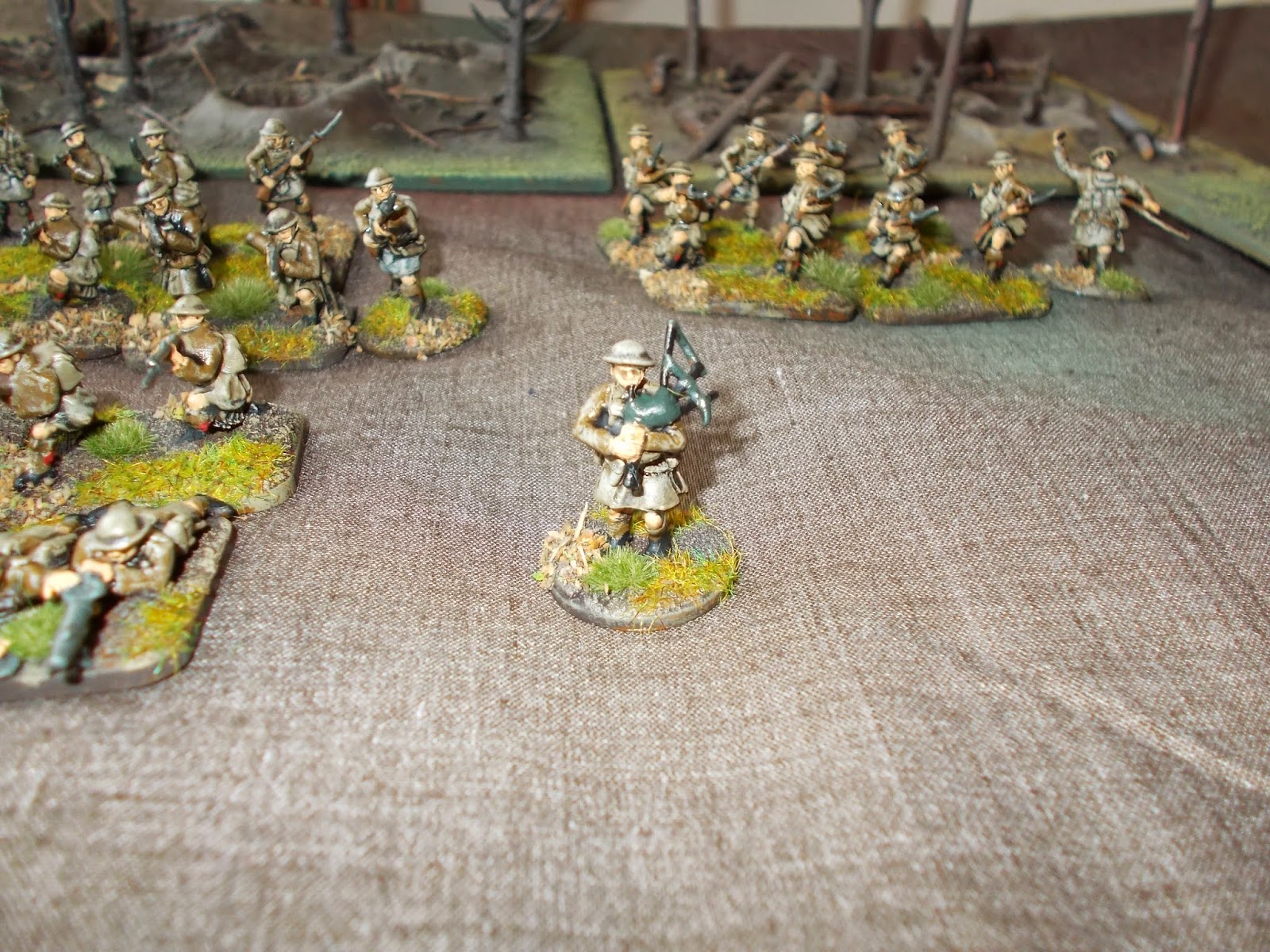 I know I should have been listening to Scotland the Brave whilst painting the Highlanders, but for some reason I couldn't get this little ditty out of my head...

Labels: 1/72nd 20mm British Infantry Through the Mud and the Blood WW1