Over Paid, Over Sexed and Over Here!

Many, many years ago I bought a heap of Peter Pig's 15mm WW2 American soldiers, they were bought with the intention of playing Firebase Games' set of rules Overlord. The figures were based up for those rules and painted in my style at the time (a good twenty years ago...), I recently rediscovered them sitting in a box and in pretty bad shape. I had a look through my Rapid Fire rules (page 16 of the Second Edition) and found that I had enough figures to make the basic battalion (I had to add some trucks, a 57mm A/T gun and the other battalion support weapons, all of which were a mixture of Peter Pig and Command Decision).  stripped the figures with Dettol and rebased them all so they match my other Rapid Fire forces. I put the finishing touches to them just the other day and here they are! 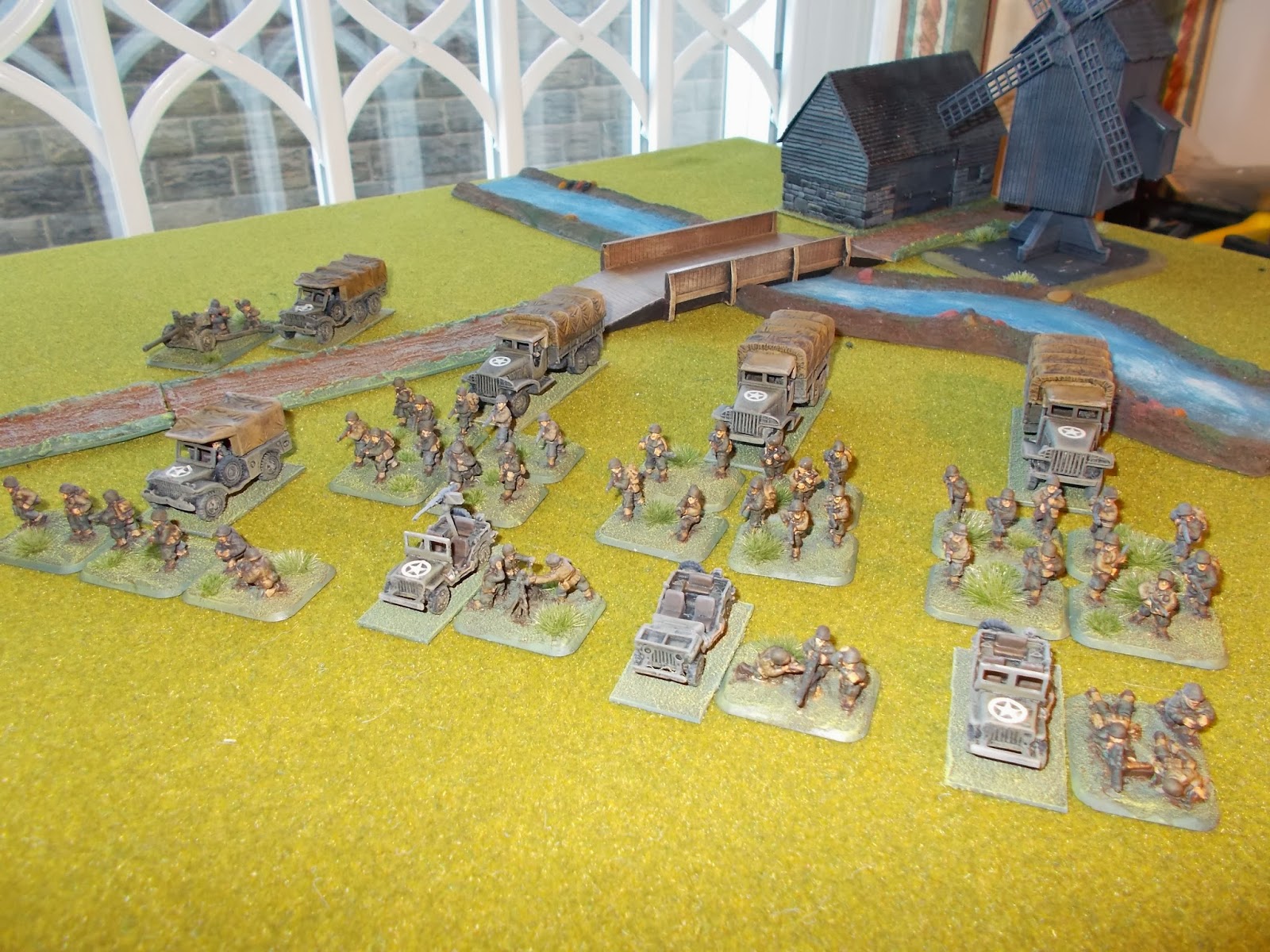 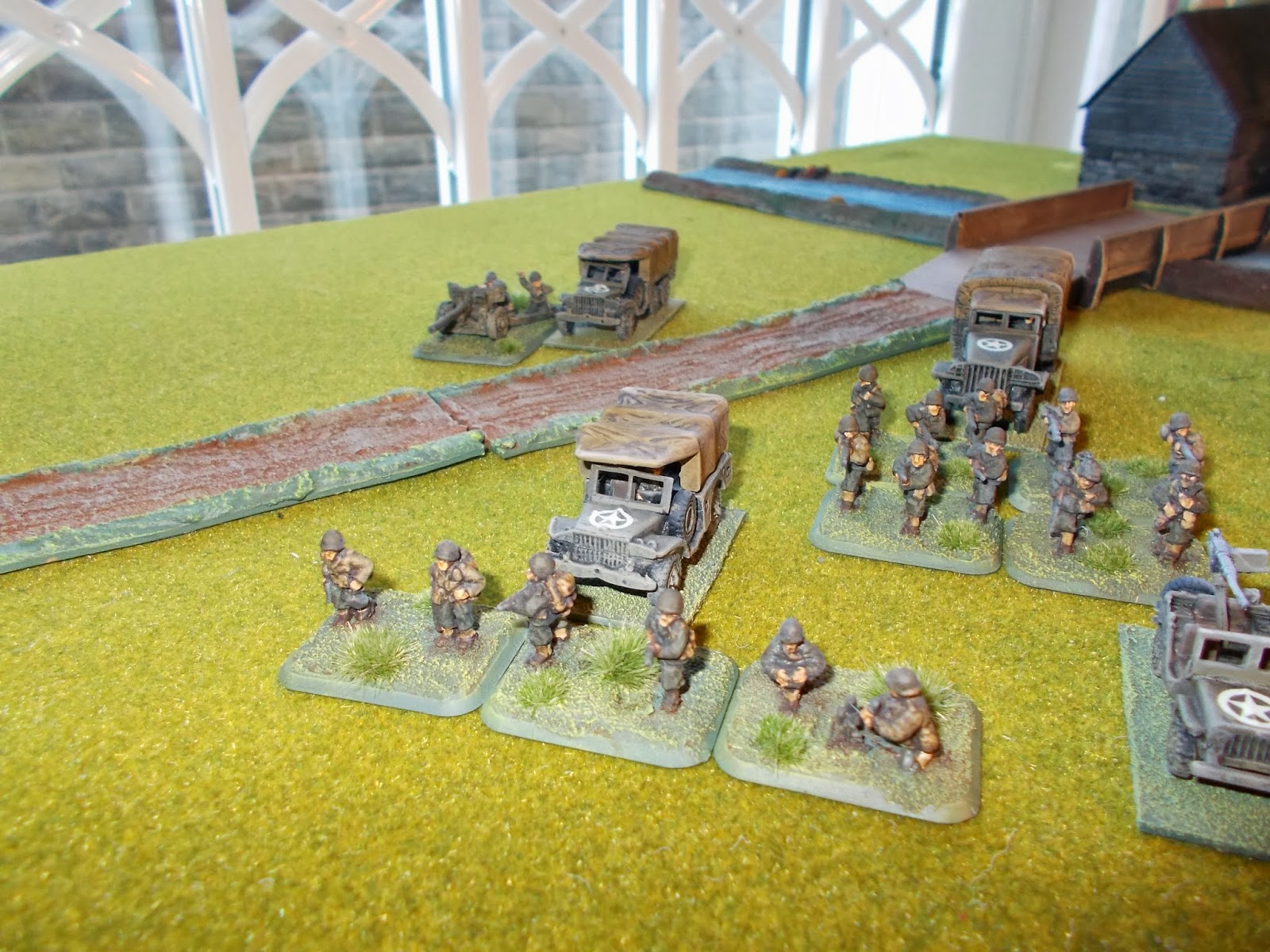 I did a bit of searching around and found a colour list for the ETO uniforms that I liked and I used the following Vallejo paints for the figures:

I also broke up the uniforms with the addition of a Khaki jacket on some of the figures. The boots were left in the brown which I undercoated the figures with initially. 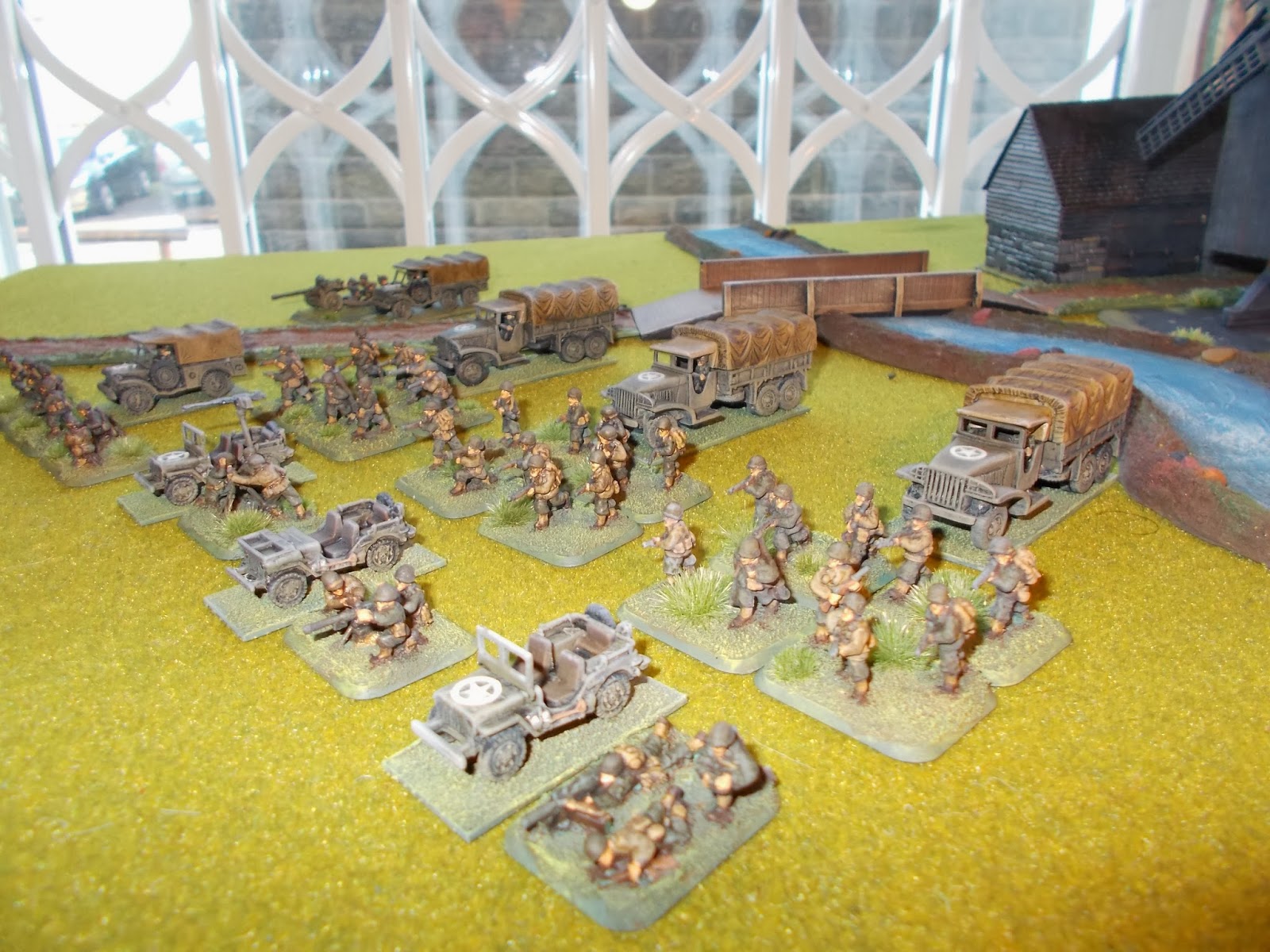 I also went down the route of dipping for the first time with these figures. I am very pleased with how they turned out after treatment, although they came out a little dark, but from a gaming perspective it's not a massive issue for me. As you can see from the pictures I also had some issues with varnish frosting in some cases, but I managed to mostly fix the problem. Bloody winter. 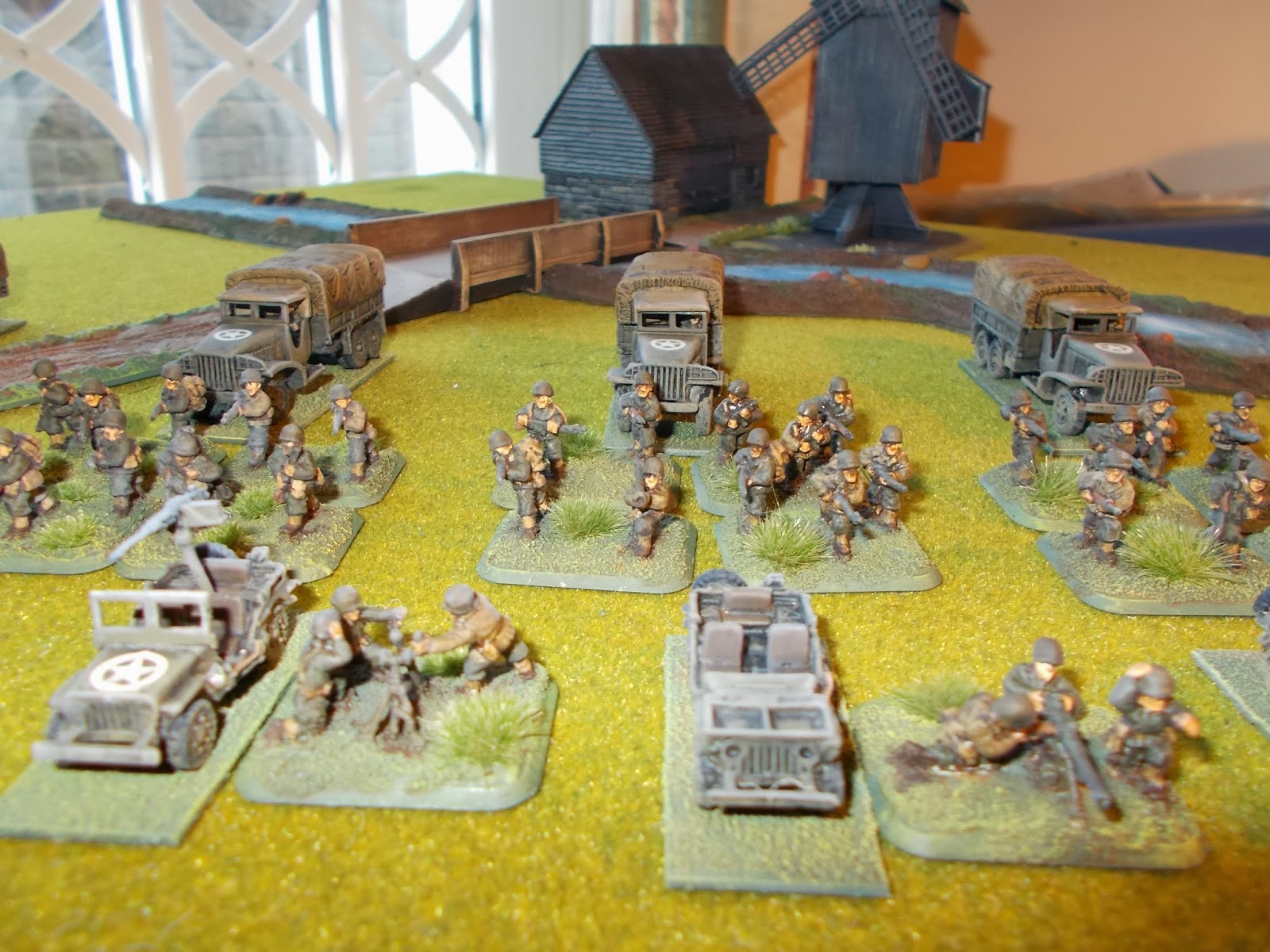 These chaps will have support in the form of some Plastic Soldier Company M5 Stuart tanks in due course, plus if I were to upgrade them to an Armoured Infantry battalion I have some PSC M5 halftracks as transports (which I have yet to build). It was an easy job overall and gives me another force to use against my Germans and widens the theatres I can game!
Labels: 15mm American Command Decision ETO Infantry Peter Pig Plastic Soldier Company Rapid Fire WW2