It Ain't Half Hot, Mum

I have been away for the weekend touring Holland, Belgium and the UK with the band Goat Leaf, but before I left I finished off my first British battalion for the Malaysia campaign of 1941/2. The OOB came from the excellent Japanese World War II Scenarios (Volume Two) Malaya by A. Michael Sayce which is specifically for Rapid Fire. I got my copy from Cavalier Books. 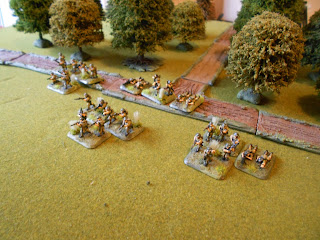 All the figures are from the Peter Pig Eighth Army Range, which is the correct uniform that the men would have worn before it changed over to the jungle pattern, later. 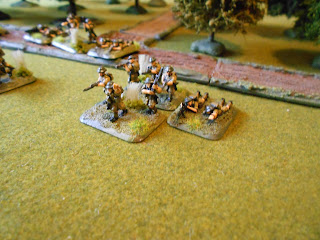 I followed the Flames of War guide to painting the Eighth Army, but added a dark green helmet instead of a sand coloured one. 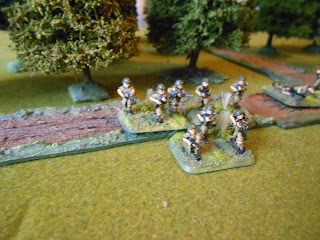 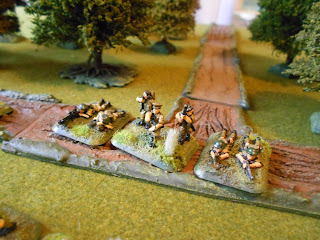 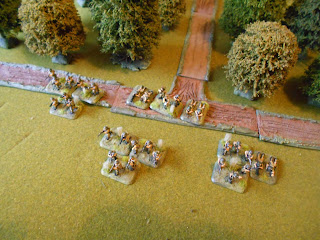 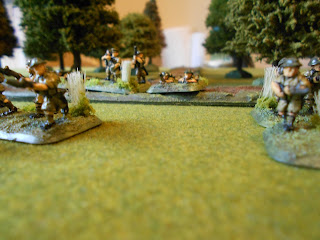 The battalion is a much smaller unit than their Japanese opponents and has far less firepower, but I guess that adds to the challenge. I have a couple more of these units plus some 2 pounder A/T guns to finish before I can get a game with them, but it won't be far off now. Thanks for looking!
Labels: 15mm British Malaysia Peter Pig Rapid Fire WW2