The Follies of Youth...

My youth was spent making models for the most part, I must have made hundreds over the years, in various scales and from various manufacturers. Long before I discovered wargaming I belonged to a local scale modellers club and would spend every Saturday as high as a kite on the fumes off polystyrene cement. To be honest, little has changed...

Some of the kits I built as a youth remain in my parent's loft, which also served as my gaming room for many years. Recently I had a look at what was left of must have been a vast collection of models and took a few pictures. Let's call this the archaeology of modelling...

A trio of not very airworthy biplanes is all that remain of several kits of WW1 aircraft I bought a good few years ago. A Sopwith Camel, sans upper wings, along with a Spad and Fokker Triplane, both sans undercarriage. I have no idea who these are by, or when they were built, but probably about ten years ago... 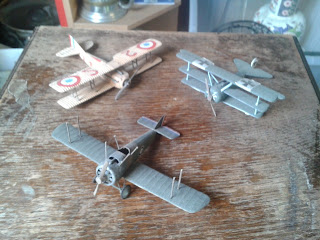 A Messerschmidt ME262, again, manufacturer unknown. This is in relatively good condition despite at least a decade of dust covering it. 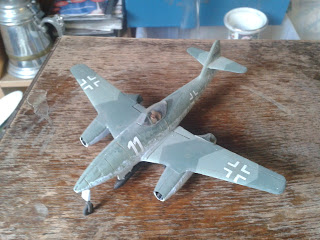 At some point I hit a Star Wars phase around my early Twenties, I think; here is Boba Fett's Slave 1. I'm not sure of the scale or manufacturer again... 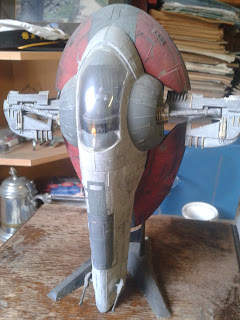 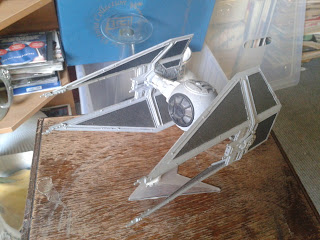 An even easier paint job; grey. An AT-ST, which I used in Star Wars Miniatures Battles, hence the Citadel miniatures bases on the feet. 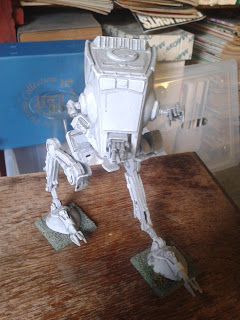 Continuing with the Imperial theme, an AT-AT with no attempt at weathering at all... 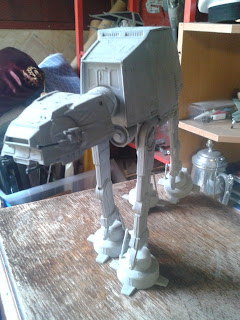 And here's a big grey block of cheese: 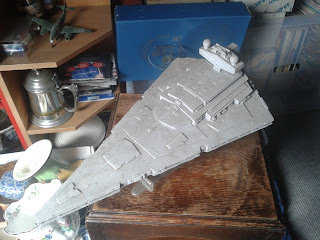 Now, just like archaeology, we start to delve deeper into my ancient past... Here is a Johnny Alpha figure from the 2000AD comic strip Strontium Dog. This is a Games Workshop figure probably from the late eighties when they made figures with relatively realistic proportions. I have actually rescued this figure and will repaint him in due course. 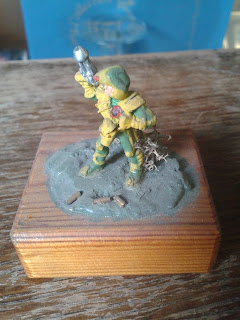 Our journey back through the mists of time reveals this 1/72nd scale Panzer 1a. This is an interesting piece as I entered it in a modelling competition and even got a silver prize for it. I must have been about ten or eleven when I made this, so we are talking about 28 years ago... The fact that it had the engine and transmission inside gave me the idea to do it as a cutaway, it's a pity I had no other colours than silver to paint the metal parts. 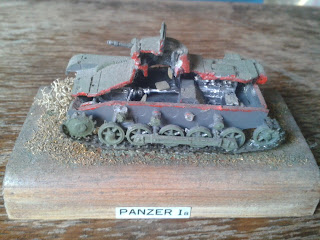 And finally at the bottom of the pit of kits, under the rubble of my past, I unearthed my attempt at German two-tone camouflage on a 1/35th Tamiya Panzer IV when I was about ten years old. 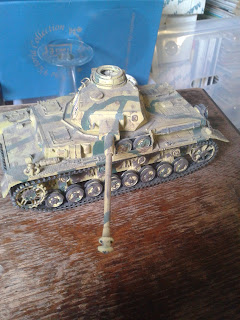 Well, that's all that's left of the models of my youth, now if only I could find a set of photos of the Battle of Waterloo I once re-fought with half painted Esci figures, the circle of shame will be complete.
Labels: 1/35th 1/72nd Aircraft Fantasy Germans Model kits Painting Science Fiction Star Wars Tanks WW1