Dean dropped off some models for me this afternoon and while he was over I asked if he wanted to play Wings of Glory. He'd never played it before and we've never actually played a game together before, so two firsts. The first game was a one on one match to introduce him to the game, which I won. We then decided to up the ante and use three against three. I took two Sopwith Camels (Barker and Elwood) and a RE8 Harry Tate (Longton and Carson) against a Fokker Dr1 (Kempf) and Two Albatross DVa (Udet and Weber). I set my planes up in the centre of board with the Germans having the jump on them and the objective of having to destroy the Harry Tate: 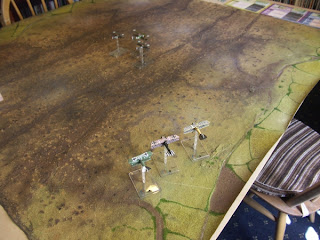 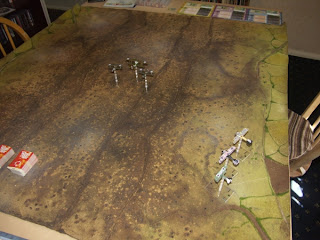 Beware of the Hun in the sun! 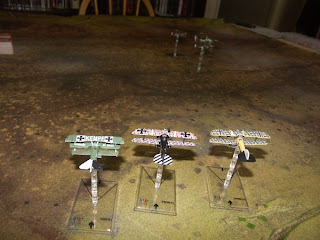 I quickly split my formation to hit the Germans head on whilst Harry took to his heels! 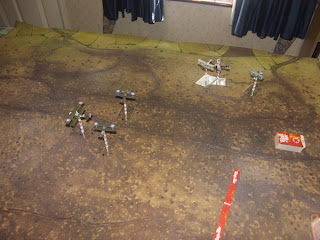 There was a bit of ineffectual firing as both sides closed in. 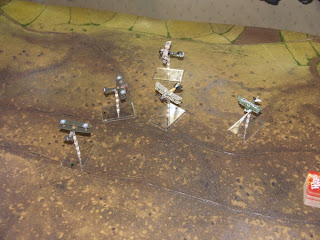 And with Dean's inexperience showing the Germans seemed to split off in seperate directions. 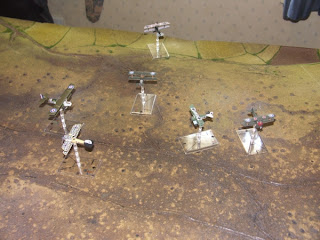 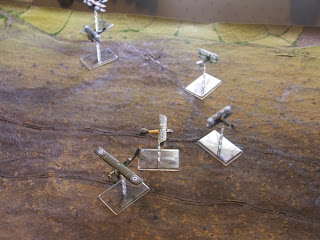 Elwood managed to get a few shots in against Kempf, the first of many... 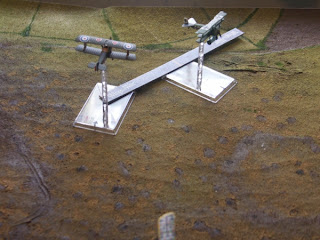 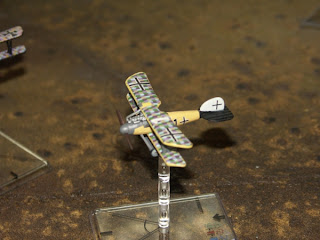 Meanwhile, Udet and Weber started to manoeuvre towards the Harry. 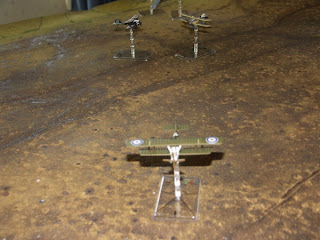 Kempf was keeping Elwood busy as the action split into two areas. 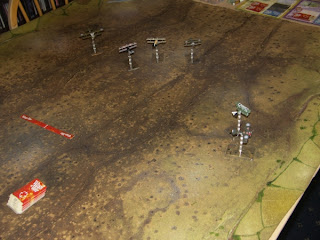 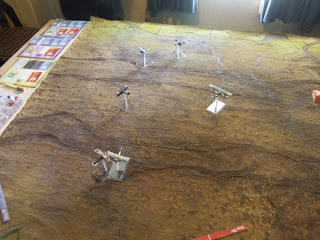 The RE8 managed to escape the marauding Albatri, and Kempf kept slipping out from under Elwood's guns. 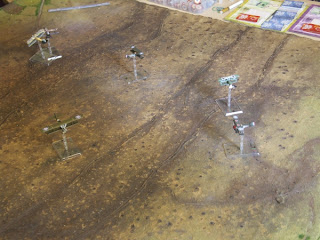 Until he was caught between the two camels, but took the damage very well. 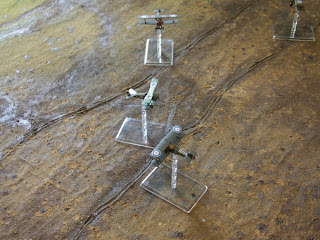 Even the Harry Tate had a pop at Kempf to no avail... 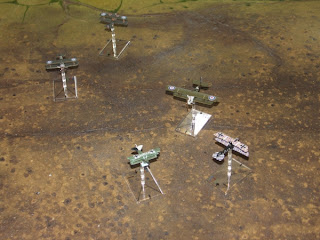 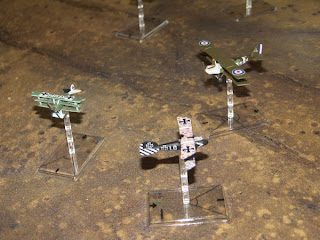 Finally a lucky shot from the RE8 sets fire to Kempf's crate. 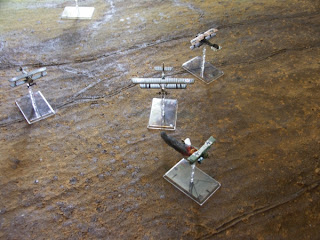 And the rear gun caught Udet and set him alight as well! 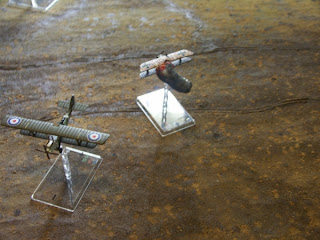 It seemed to be going the British way in the middle of the scrum, but... 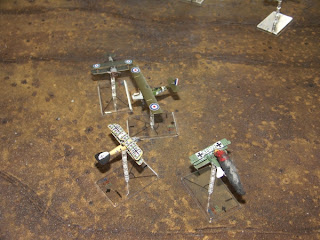 ...Barker suddenly went plummeting to the ground under a hail of fire from Kempf and Weber! 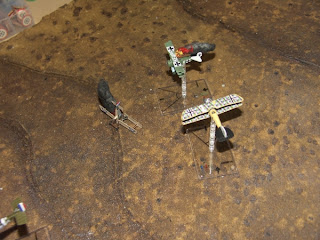 Kempf then turned his guns on the RE8 and claimed another victory whilst still burning! 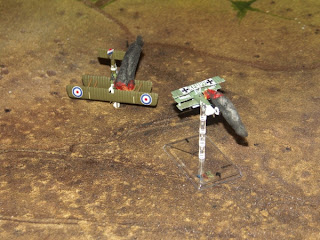 I had lost the game, but we decided to fight on to see what the conclusion was. With three against one I had a good idea how it would turn out. 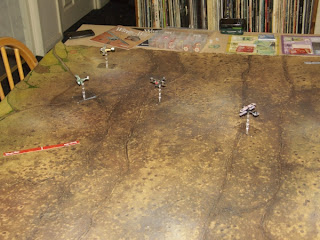 Elwood finally brought Kempf down, who's aircraft must have been riddled with holes judging by the amount of damage cards he had collected. 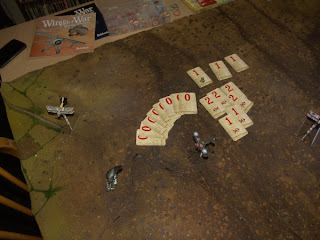 But my exultation didn't last long as Weber brought down the last gallant British flier. 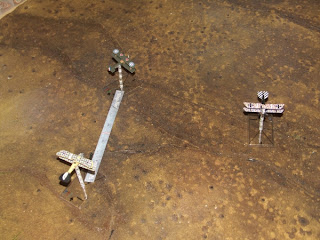 Well, I'd lost the game when I lost the RE8 but it was still an enjoyable fight. Dean enjoyed it and it demonstrates the elegant simplicity of the Wings of War/Glory rules that he was able to pick it up in an afternoon and beat me...

Well, I hope you've enjoyed this AAR, as a final note, I am selling some 1/72nd and 1/76th Armourfast, Airfix, Revell and Pegasus Hobbies vehicles and figures on EBay, have a look at my items here: