I have finally finished my latest Dragon 1/35th King Tiger. As I previously mentioned this one was bought for me as a present last Summer and I stumbled at the hurdle of building the tracks. After I manned up and got over this the rest was plain sailing! I decided on painting it as though it had come straight out of a factory without being sprayed and with bits of other tanks fitted to it during the last days of fighting in late April/early May '45. To replicate this the hull was painted in its original red primer and the other parts painted in the usual three tone camo scheme. Well, enjoy the pictures: 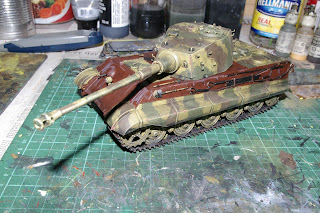 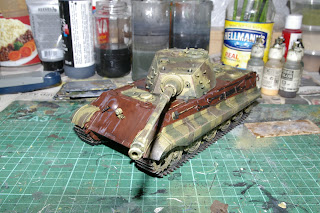 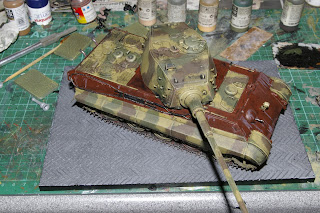 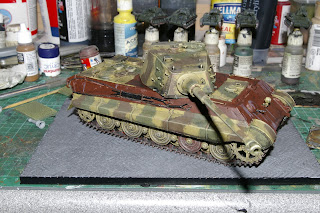 Looking at the base, I thought that it could do with something to break up the starkness of it, so I thought I'd spread a bit of rubble across, but just enough to contrast against the pavement. I started with a set of Tamya's Brick Wall and cut bricks up, whilst getting a massive blister on my thumb... 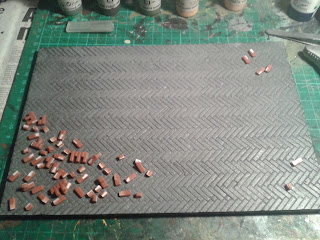 These were then glued down and covered in railway modeller's ballast and sand: 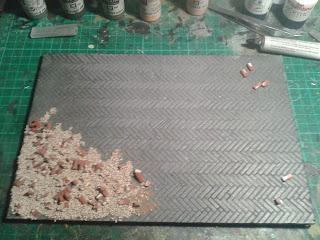 Finally, several types of paint added and dry brushed and ink washed and the model was finally finished! 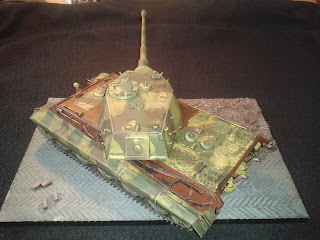 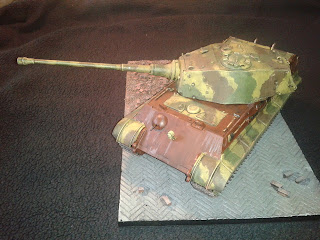 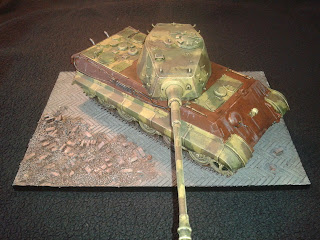 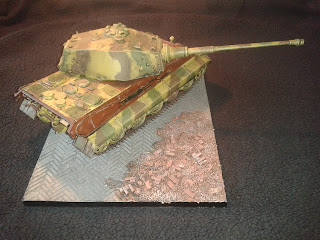 I hope you like is as much as I enjoyed making it! Thanks for stopping by! I have also had to put a captcha on the comments as this blog is starting to attract too many spam comments, I'm sorry about that!
Labels: 1/35th Dragon Germans Model kits Painting Tanks WW2