Following on from my previous post about my British Square Bashing army, here, I present my Late War German army. This was based around one of Peter Pig's 'Black Box' armies, with some additions, like Stormtroopers, to build up the numbers. All the figures, artillery and captured Mark IV Tank are from Peter Pig, the A7V is from Quick Reaction Force. 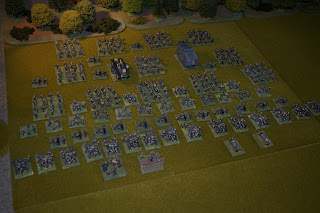 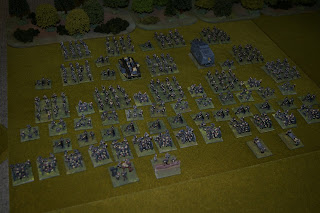 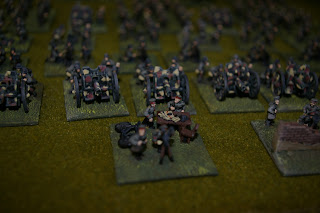 Higher Command, hiding behind a wall! 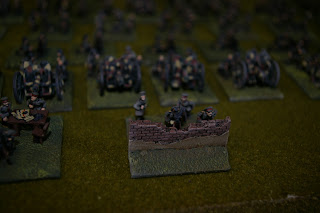 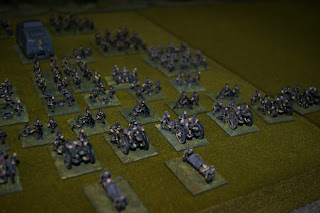 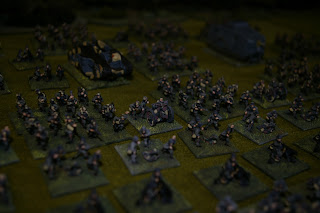 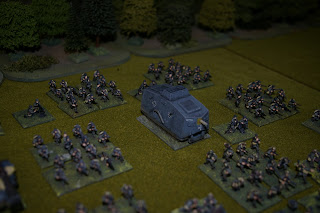 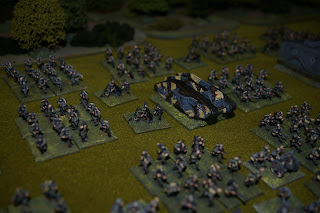 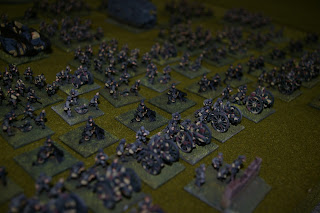 Like my British army, this army is based on the original version of Square Bashing, so there may actually be too many of some units for the Second Edition of the rules. The two stretcher bearers are not used in the rules, but I like to have them on the game board almost as terrain pieces.
Labels: 15mm Germans Peter Pig QRF Square Bashing Tanks WW1