Verkhopenye was a battle fought on 8 July 1943 and was part of Operation Zitadelle, the German offensive also known as the Battle of Kursk. Ad hoc Großdeutschland units were used an armoured spearhead thrust after a costly breakthrough of the Soviet defence line. These units were used to exploit the open country and consisted of battlegroups thrown together with reconnaissance and assault gun battalions. A Soviet counter offensive forced this unit into a defensive posture and although the Soviets were beaten in this particular battle, the overall German offensive was slowly stemmed and this led, four days later, to the battle of Prokhorovka, the biggest tank battle the world has ever seen.

This battle is covered in more detail in the Rapid Fire! Third Supplement: Scenarios for the Russian Front and I decided that I would build the forces involved in the Battle of Verkhopenye in order to play the scenario. This post covers the Germans and I will photograph and post the Soviet forces in due course. The vehicles and figures are all Command Decision by Skytrex models, except for the Panzer III OP vehicle, which is by Battlefront. 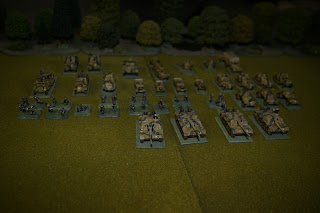 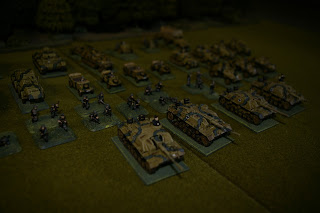 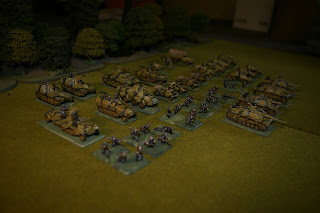 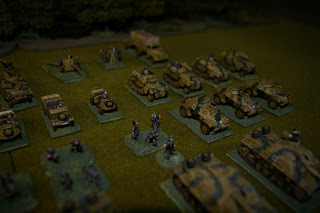 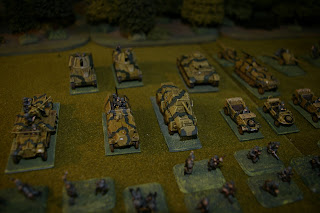 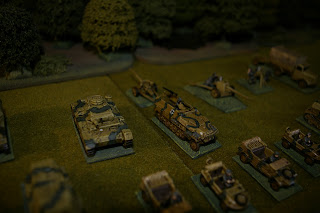 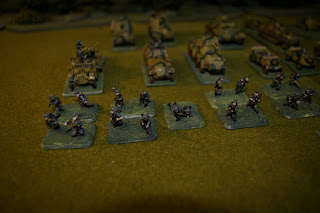 Großdeutschland Recce Battalion, under Major Watjen
Großdeutschland Assault Gun Battalion
SP Artillery Battalion
The unit also has air support from a Henschel Hs 129 armed with 20mm and 30mm tank-busting cannons. This is a damn potent force and when I played the scenario history was repeated with a lot of burning Soviet tanks by the end of the game. Unfortunately I drew the short straw and was playing as the Soviets...
Labels: 15mm Battlefront Command Decision Germans Rapid Fire Tanks WW2