Tanks for the Memories

As this blog has been pretty World War One heavy so far I thought I'd change tack and post up some pictures of my World War Two toys! I game Eastern Front in 15mm with Rapid Fire! rules and have a German army, Soviet army and Romanian army, but you can never have enough tanks, so at the beginning of 2012 I had a tax windfall and invested some of the money wisely to buy this lot: 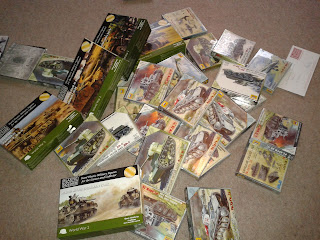 It's about £180s worth of Plastic Soldier Company and Zvezda 15mm tanks. What a great day that was when this dropped through the door! Well, it didn't actually drop through the door, it had to be brought by a parcel van, but you understand what I mean... It took quite a while to get everything built up, but all these models are now built and painted. I have yet to game with them but let's take a look at the Russian stuff in this post. First up is Zvezda's KV 1 (Model 1940), with decals from Battlefront: 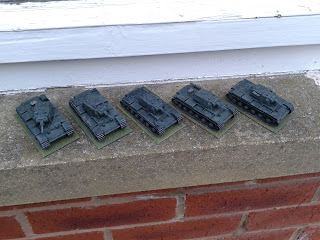 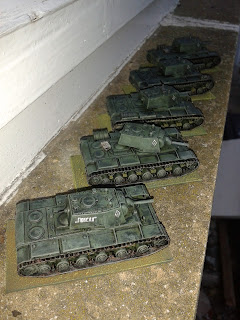 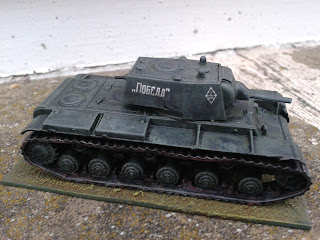 As I already have a large amount of T34s by various manufacturers, I thought I'd spice thing sup for my Soviet army by the addition of some lend lease Shermans, these are Plastic Soldier Company's M4A3s with the 76mm gun. I Sovietised them by adding Battlefront decals and a Soviet tank crewman: 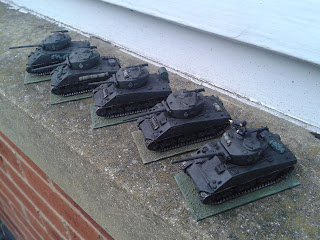 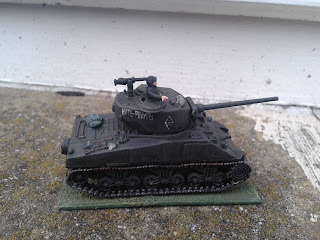 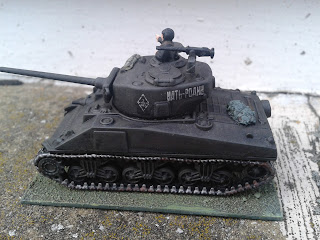 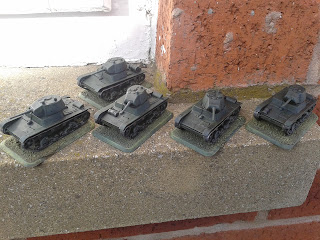 Also as mentioned, although they didn't come with my tax windfall, here are some of Plastic Soldier Company's T34s: 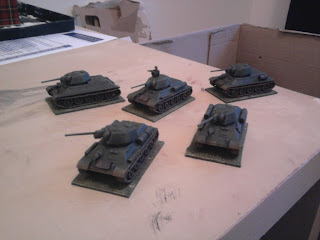 I really enjoyed building and painting both Zvezda and PSC's tanks, both are cheap enough to build up large forces with little outlay and both are well detailed and easy to build and paint. My only gripe with Plastic Soldier Company is that they keep releasing lots of lovely sets and my painting table and pocket can't keep up!
Labels: 15mm Plastic Soldier Company Rapid Fire Soviet Tanks WW2 Zvezda