Tanks for the Memories pt2

Having seen the Russians in my earlier post, this post shows the German tanks which I bought with my tax windfall. It was a mixture of early war and late war tanks, but this is because I don't really concentrate on one particular period, but like to have options for the whole war. I have a couple of specific formations, like a Battle Group of Großdeutschland, which I will post up later, but most of my tanks are of generic formations. OK, on with the pictures! 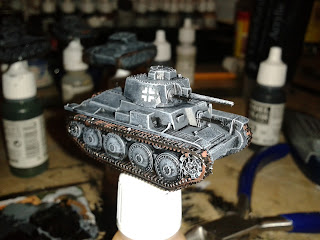 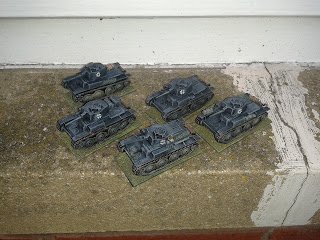 Along with the 38(t)s I purchased 5 of Zvezda's Panzer IIc. With a load of stowage added (mainly from Skytrex), these are great little models for that advance into Russia! 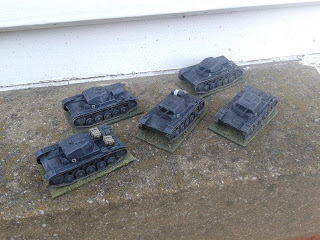 I did also buy a box of Plastic Soldier Company's Panzer IIIs, thse have stowage added from Battlefront and Skytrex: 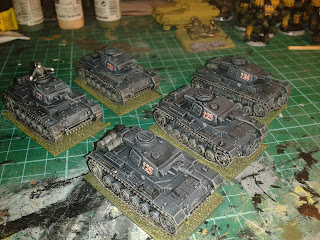 Next up are PSC's Panzer IV Ausf Hs along with a Battlefront Jagdpanther, which I got free for a subscription to Wargames Illustrated. 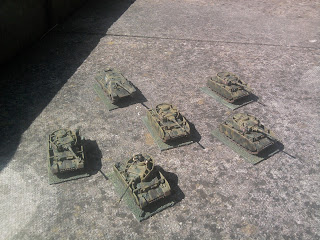 Continuing with the late war theme, here are PSC's Panthers, again, PSC come up trumps with their detailed kits! 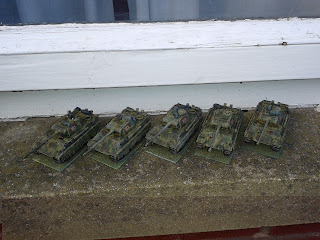 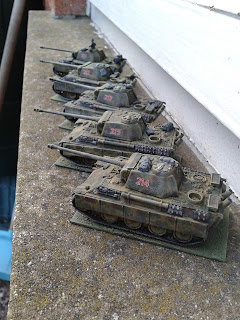 I think StuGs are ace! and PSC's StuG IIIG are brilliant little models, a great addition to any late war German army! 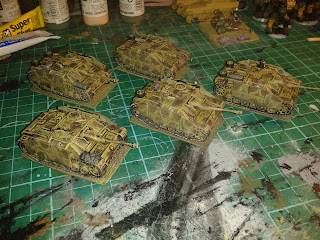 PSC's Sd.Kfz.251c and d are also brilliant kits with loads of imagination gone into their design. Unfortunately I numbered these vehicles before learning that the numbering of half tracks was not a usual practise. These 251ds have now been integrated into an Panzer Grenadier Battalion that I am currently finishing off. I will post pictures when it is finished: 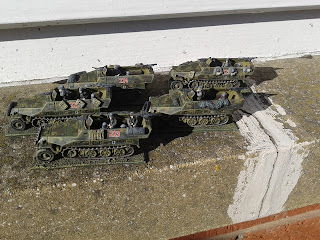 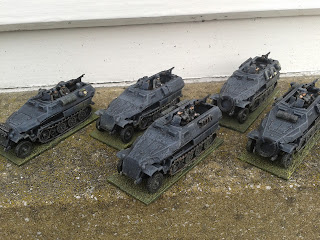 The following are some spare T34s from PSC that I turned into PzKpfw T-34 (r). Inspired by Steven Zaloga's book, Eastern Front, I thought I'd do something different as I already have what seems to be a million T-34s in Russian service. The first picture is without side skirts. 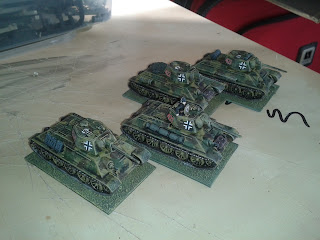 And here they are with the sideskirts: 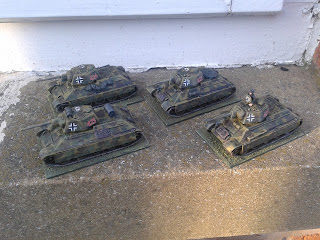 And the picture that inspired them: 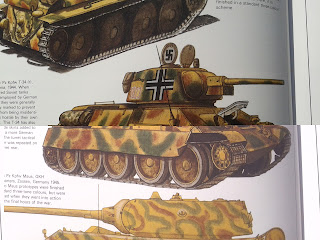 Finally, I forgot to post these last time, but here are my Russian BT-5s, from Zvezda. 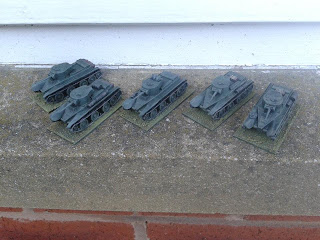 It's a shame that this big but enjoyable project is now over, but I certainly am not resting, I have PSC's Tigers, a Russian and German engineer platoon, two 1/35 scale King Tigers, a 1/35th scale Pfalz III, Zvezda Opel Blitzes, Matilda IIs, Sdkfz 222s and several Blood Bowl teams to paint in the immediate future... I will post these as I finish them! I also need to fit some time in to actually game with the tanks!
Labels: 15mm Germans Plastic Soldier Company Rapid Fire Soviet Tanks WW2 Zvezda