After realising that I needed a lot more infantry for the Allies in Malaya if I am to play more games of IABSM and even Chain of Command. I put in a order for some 8th Army Indians from Peter Pig and set to work on them. 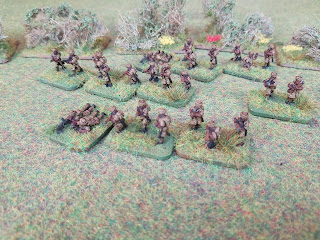 Above are three sections and an extra Bren gun team. This almost doubles the amount of Indians that I already have, but, as always, I need more! I also used a few of the extras that I had from the sections to paint some as Big Men. These are individually based and I now have more than enough. 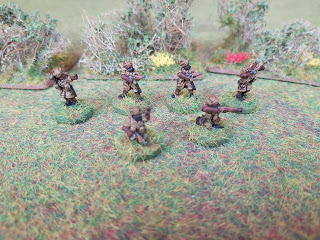 So in total, I have about half the amount of Indians that I need for the Too Fat Lardies The Fall of the Lion Gate scenarios. It shouldn't take long to get them together, but I need to assess my finances before that happens!

Over on the Storm of Steel Wargaming Channel on Youtube, I have released the next video in the ongoing Malaya Campaign series. This is the Battle of Muar, the last major ground engagement on the Malaya Peninsular. Please watch it here (and please subscribe!):