Hot on the heels of my Indian soldiers for Malaya, come these British troops. They are a mix of Forged in Battle and Peter Pig 8th Army. I bough a platoon box of FIB at a recent gaming show (I forget which) and they have been sat around unpainted for a while. I made up a few sections, along with supporting 2" mortars and Boys Anti-Tank rifles. There was enough left over for a couple of Big Men as well. 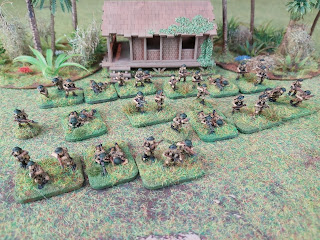 I also had a few extra Boys anti-tank rifle men, so I have far more than I need and probably more than were actually in the defence forces! The FIB and Peter Pig figures work well together and I like the detail on both. 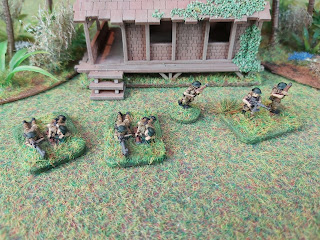 I do still need a few more sections to make up enough units for some of the scenarios in the Too Fat Lardies Fall of the Lion Gate book for IABSM.

On the subject of Malaya, here is the next video on the Malaya campaign on the Storm of Steel Wargaming Youtube channel. Watch it here and please subscribe: