Moving on with getting VI Corps finished is the 2nd Brigade of 19th Division. This was commanded by Général de Brigade Chevalier Louis-Marie-Joseph Thevenet and was made up of the 27th and 84th Regiments of Line infantry. 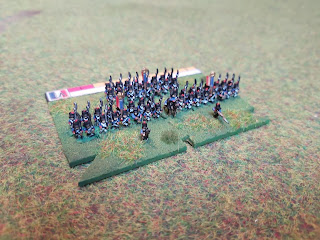 Although the historical unit had four battalions, this one is classed as under strength in Blucher, so it only has three on the base. 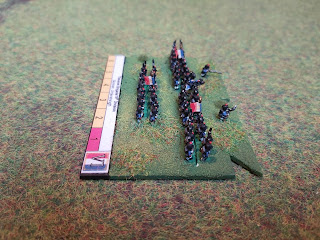 The 19th Division had little impact at Ligny and during Waterloo it was positioned on the French right and defended Plancenoit. The 27th and 84th fought hard in the gardens and houses of the village but were unable to hold against the Prussian onslaught. 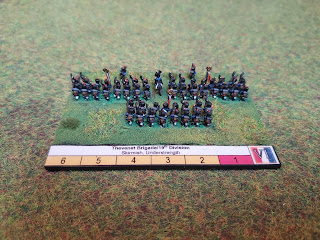 This unit marks the half way point of VI Corps, so it won't be long now until I never have to paint another French infantryman!

Over on the the Storm of Steel Youtube channel, I have published the latest video in the ongoing Malayan campaign series, the battle of Slim River, a Japanese blitzkrieg! Watch the video here (and please subscribe!):