Having had a break and being in Austria and France for most of June I had also put down my 6mm 100 Days project for a couple of months. To be fair, I was getting a bit blind staring at tiny men anyway and needed a little time off. However, I had jumped back in, with a big effort to finish the French army. As the artillery are quite fiddly for various reasons, I am making my first push to complete all the gun batteries. Starting with this generic horse artillery battery: 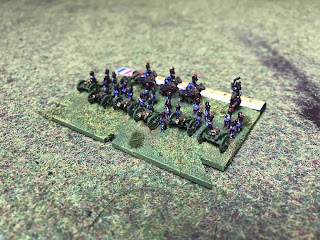 This is an excellent set from Baccus and I included the limber as a way of marking them out as horse artillery. In Blucher, horse artillery is able to move and fire in a single turn, making them quite effective battlefield weapons. 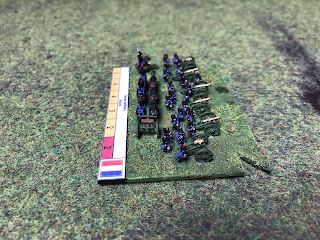 I also included every gun that would be in a battery, the four six pounders and two howitzers. 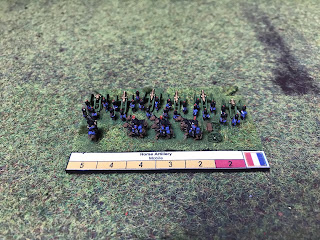 There is a handful of more artillery bases to complete for the French, including ore horse artillery and Guard heavy artillery, so expect those to appear over the next few blog posts. I have been considering entering a display game in next year's Joy of Six which may be the Battle of Quatre Bras, so this would be a good incentive to get the French finished off completely!

As we are on the subject of 6mm wargaming, take a look at this recent video report of the Joy of Six show on my Storm of Steel Wargaming Youtube channel (don't forget to subscribe!):