Chain of Command Bits and Tarted Up Bases

Whilst at Salute, I bought myself a copy of Too Fat Lardies Chain of Command. Having heard good things about it, I was keen to try it out. However, my figures are largely based in threes for ease of movement and CoC needs individual figures for leaders and specialists, etc. However, I have loads of spare 15mm figures laying about not doing anything. So I pulled a few out, including these Plastic Soldier Company Late War Germans: 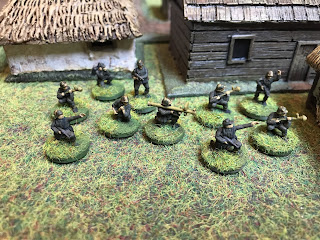 I put together the leaders for a platoon, along with the Panzerfausts and Panzerschreck teams. They are mounted individually so that the leaders can move about to where they are needed. I also did the same with some PSC 15mm Soviets: 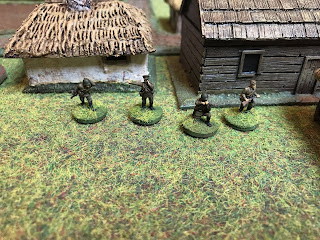 Whilst I was on a roll, I revisited some of my old figures. I have had these Soviets for over twenty years. When I originally painted and based them, I wasn't very disciplined with the basing and they are not really tied together. 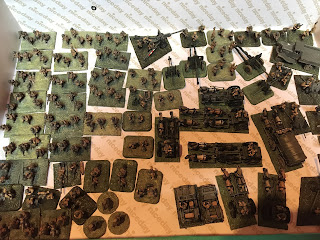 So I spent an hour or so flocking the bases of them all, not only did this cover up the poor quality of the bases but tied the figures together. I'm much happier with them now! 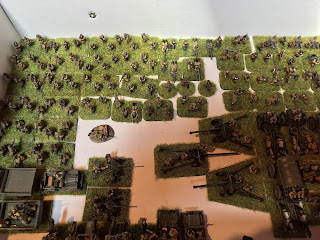 I also did the same to a bunch of Germans that I have and have been looking at my Square Bashing figures thinking of doing the same... But that is for another day!

Over on the Storm of Steel Wargaming You Tube Channel I have released a new video on the development and combat role of the German Panther tank. Watch it below (and please subscribe to the channel!):