Slowly moving on with the IV Corps of Napoleon's Armee Du Nord, I completed the 2nd Brigade of the 12th Division commanded by Général de Brigade Baron Christian-Henri Schoeffer and was made up of the two regiments of the 6th and 63rd Line Infantry. 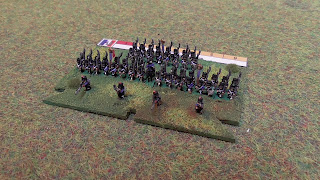 As with the rest of the 12th Division, this brigade was involved with the attack on Limal during the Battle of Wavre, where they were stopped by Prussian counter attacks. 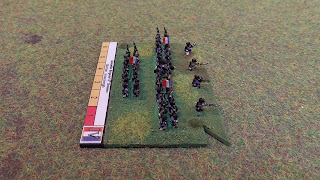 I can't find a great deal more information on this formation, but it is a typical French infantry brigade with skirmishers and an Elan of 6. The Brigade is classed as Understrength, which is why it has only three battalions on the base, so it's easy to remember during a game 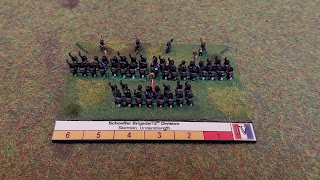 Speaking of French Line Infantry, I am currently selling a number of brand new boxes of the Perry Miniatures 28mm figures on EBay. Click HERE to see them There are 42 figures in the box and are lovely sculpts and I only have a limited number for sale, so be quick! 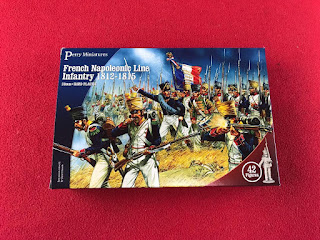 In other news, Dean and I went to Chillcon in Sheffield yesterday. it was an excellent show and I hope it gets bigger and better over time. I didn;t take any photos unfortunately, but I did manage to get a copy of the Third Edition Arkham Horror the Board Game for £30 at the second hand stall! 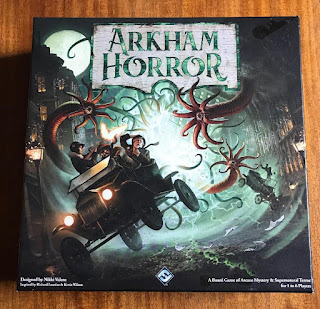 Also, a mate gave me copies of Games Workshop's Judge Dredd Roleplaying Game, the Companion and the Slaughter Margin scenario expansion! I have not had these for years and it's great to see them again. I will do an Board Game Archaeology video on them in the future to show the box contents. 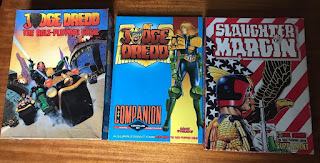 And speaking of videos, over on the Storm of Steel Wargaming Youtube Channel, I have posted a new video examining the T-34 tank in the Second World War. Please watch it here (and subscribe!):