I am half way through IV Corps of Napoleon's 1815 Army and the next brigade is the 1st Brigade of 13th Division, commanded by  Général de Brigade Baron Jacques le Capitaine. The two regiments that made up the brigade are the 59th and 76th regiments of Line. 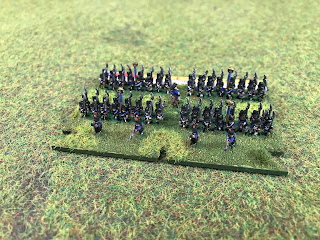 The brigade was involved in the heavy fighting at Ligny, advancing into the village to face heavy fire from Prussian units in the square. neither side gave any ground and le Capitaine was killed whilst the 59th Regiment took heavy casualties. 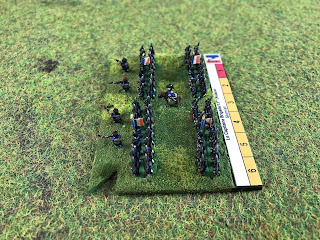 Two days later the division was also fighting at Wavre during the fighting at the village of Limal, but I can't find much more information on them than that. 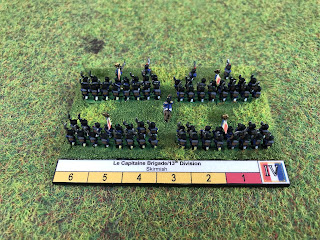 IV Corps is slowly ticking away, with only a few more infantry brigades to finish, the end is in sight!


Speaking of French Line Infantry, I am currently selling a number of brand new boxes of the Perry Miniatures 28mm figures on EBay. Click HERE to see them There are 42 figures in the box and are lovely sculpts and I only have a limited number for sale, so be quick!

Don't forget to check out the Storm of Steel Wargaming channel on Youtube (and please subscribe!). There's a lot of gaming videos and military history videos like this one about the T-34 Tank: