The First Brigade of the French III Corps

I began the thankless task of painting the remaining French army for my Waterloo Campaign project. As I had already completed I Corps, II Corps and the Imperial Guard the next logical step was III Corps and the 1st Brigade of 8th Division. 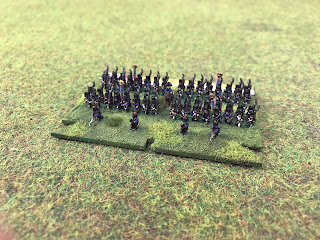 This was commanded by General de Brigade Billard, who apparently was killed on the 15th of June of a fall from his horse. The two regiments that made up the Brigade were the 15th Light Infantry Regiment and the 23rd Line Infantry Regiment. 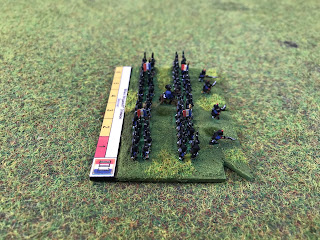 It's difficult to find any precise information this unit, but they were probably part of 8 Division's attack on the village of Saint-Amand at around 1430 on the 16th if June at the Battle of Ligny. During this battle, 8th Division were initially placed on the right of III Corps, with the Young Guard on their immediate right and they were shattered in the Prussian counter-attack against the village. The Division was probably also present at Wavre with the rest of III Corps, but again, information is difficult to come by (if you know, please let me know in the comments!) 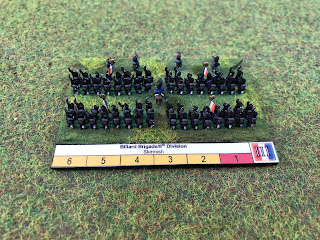 I had forgotten how quickly the French can be painted compared to the slightly more complicated Allied uniforms, so I am hoping to make some good headway with III Corps over the next few weeks. Keep checking back for updates as this happens, but as you can see this is going to be a long project: 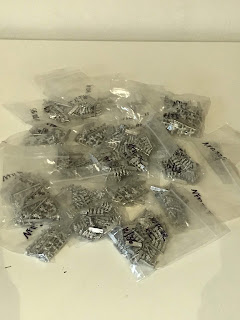 and, as you are here for Napoleonic wargaming, please take a look at the Storm of Steel Wargaming Youtube channel for more gaming content. For example, this how to play video for Command and Colors: Napoleonics: