In between starting my YouTube channel and attending Vapnartak, the French Army Du Nord has been coming along nicely, with the next Brigade of III Corps getting completed last week. 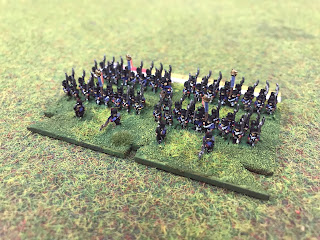 This was the 2nd Brigade of the 8th Division and fought alongside the 1st Brigade at Ligny and Wavre on the 16th and 18th/19th of June respectively. I've not been able to find much more information about these specific units, but let me know if you have a source for them! 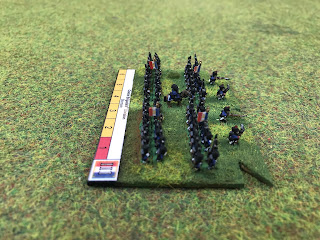 The brigade consisted of the 37th and 64th Line regiments of Foot and is a pretty standard French unit with 6 Elan. 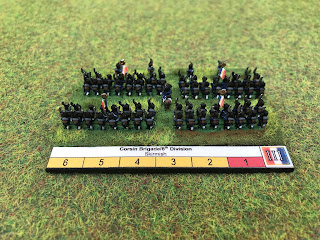 The French are still proving to be a lot quicker to paint than the Allies, so III Corps may not take very long to complete. Although the prospect of just painting blue for the foreseeable future is not so appetising...

I mentioned above about the Storm of Steel Wargaming channel on YouTube, the latest video I released is a look at the top five toughest Vikings. Please watch it here and subscribe to the channel: