I'm rattling out the French brigades at the moment, another weekend and another completed! This is the 1st Brigade of the 10th Division of III Corps. This was commanded by Général de Brigade Baron Louis-Thomas Gengoult. 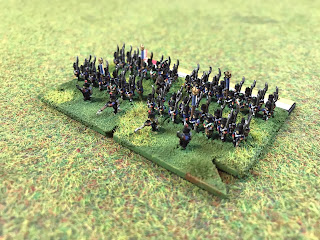 The two regiments that were part of this formation were the 34th and 88th Regiments of Line. At Ligny (16th June 1815), they were in reserve behind the 11th Division who faced the village of St-Amand. 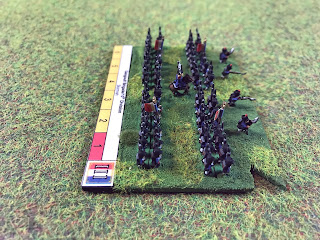 At Wavre (18-19th June 1815), the unit was probably also involved, but I can't find out where on the battlefield they were. Let me know in the comments if you can help! 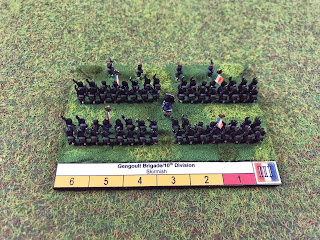 This unit means I am almost halfway through III Corps already! It shouldn't take too long to complete the full corps. In other news, I was tinkering away with some Star Wars Legion scenery, including these alien plants. They look a little bit like Brussels Sprouts to me, but I like them. I just hope that Stormtrooper armour has ventilation... 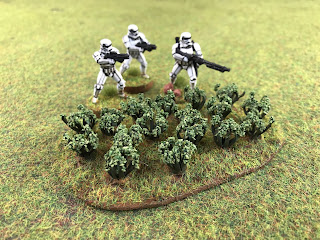 Please don't forget to check on the Storm of Steel Youtube channel, where I recently posted an unboxing report on Blackstone Fortress by Games Workshop: