The Hunter and the Hunted

Before Christmas I got a few more bits and pieces for Star Wars Legion, including a 3D printed model of the bounty hunter Bossk. He appears in The Empire Strikes Back in a blink-and-you'll-miss-it moment, but is well known within the Star Wars expanded universe. 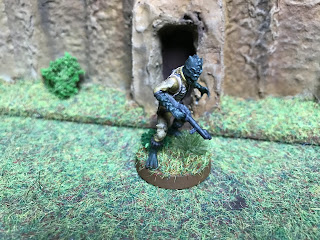 This model came from Shapeways and was produced by Mel's Miniatures. He is one of a few Bounty Hunters from ESB that Mel's Miniatures produce and in time I intend to get the full collection. As he is not an official Fantasy Flight Games release (yet) I will have to work out some stats for him, but that shouldn't be too difficult. 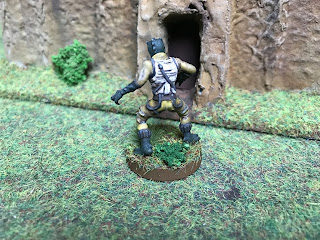 And the hunted... I also got hold of the FFG Leia Organa figure. As a leader of the Rebellion Leia should take her rightful place at the front with her troops. She brings a good combat prowess to games with her sharpshooter trait and ability to hand out dodge tokens like they are toffees. 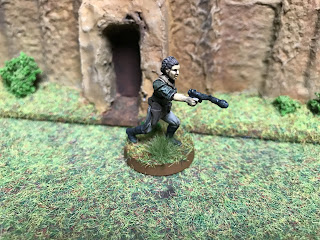 Not only that, but Leia is able to inspire the troopers around her by reducing suppression and can even command a long range bombardment! She's a pretty good all-rounder on the battlefield, with a high melee score as well. A proper Riot Grrl! 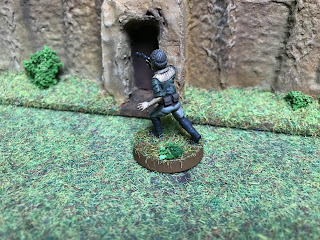 I'm looking forward to using these two in games and they will certainly bring another level of enjoyment to an already fun game. Also, please check out the Storm of Steel wargaming t-shirts on the sidebar, designed by me they can be bought through Amazon.co.uk.
Labels: Bounty Hunter Fantasy Flight Games Legion Rebels Science Fiction Star Wars