Household Cavalry and the full Corps in 6mm 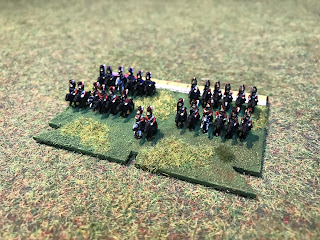 At Waterloo this unit was only at 50% of its normal war strength with most of the regiments only having two of the normal four squadrons present in the 100 Days Campaign. The unit also took heavy casualties, approximately 48%. 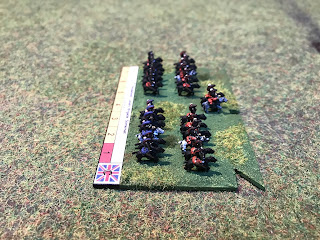 The brigade was initially in reserve at Waterloo in the centre behind the Brussels road. After charging the French cuirassiers and d'Erlon's infantry the cavalry reached the French grand battery where it was mauled by cavalry. 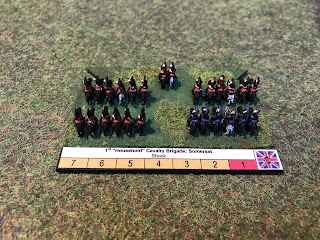 The Household cavalry is the last unit for the Anglo-Allied cavalry corps and completes this seven brigade part of the army. Here they all are together. You can see the first bases that I created, before I had settled on a final look. 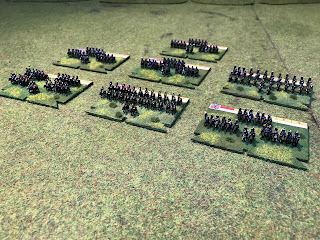 I am kicking myself that I didn't put the Scots Greys in with the 2nd Union Cavalry brigade, it's almost criminal that I left them out! I may revisit that particular unit in the future, but for now I'll just have to make do with not sleeping thinking about it!

So, that completes the Anglo-Allied army in 6mm. I will do a proper write-up about the army in the next post, so stay tuned!!