One of the coolest vehicles in the Star Wars Universe are the Imperial Scout Bikes, formally known as 74-Zs they are able to zoom around their enemies and outflank the rebels. In the Star Wars Legion core box you get two of these bikes, but I wanted to increase my scouting abilities and I added two more. 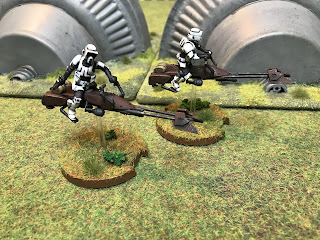 With only two bikes available, it means the pilots only have two poses. There's not much you can do with someone on a scoutbike, but one of the figures is firing behind him. I changed this pose with a quick conversion by lowering his arm and facing his head forward. It now looks as though he is drawing his blaster pistol ready to fire. 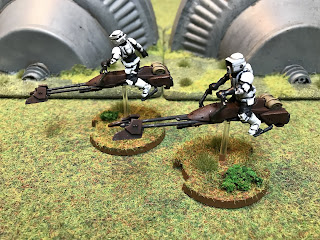 So I have four scout bikes now, this will be enough for a squad (I'm not using the official Legion OOBs) and will make them a bit harder hitting than just having two. 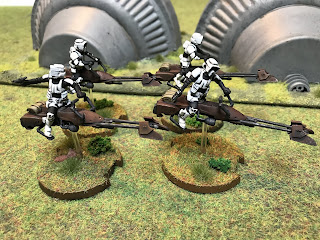 In other news, I played a game of Discworld - Ankh Morpork with some friends recently. I am not a fan of Terry Pratchett, but I thoroughly enjoyed the game. This was not a surprise really as it was designed by Martin Wallace, who also created Brass, which has had consistently good reviews and Lincoln for The Plastic Soldier Company, recently. The game was good fun, with each of the players having a secret goal to reach before everyone else. Mine was to place ten minions in each of the areas of the city before the others could complete their goal. It didn't take long to pick up the rules and I was triumphant! Beginners luck... It's well worth checking out for a fun game that has some lovely artwork and good ideas buried in there! 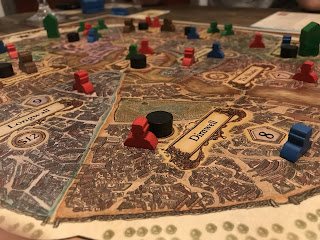 Also, I redesigned the war room by adding new shelving for the board game collection, making it easier to access the games and generally tidying up: 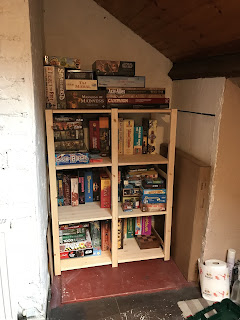 I also added more shelves to house the book collection. 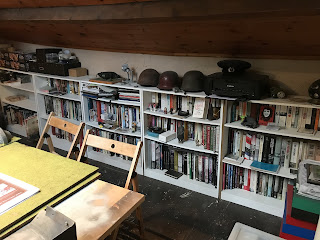 Including my collection of Osprey books: 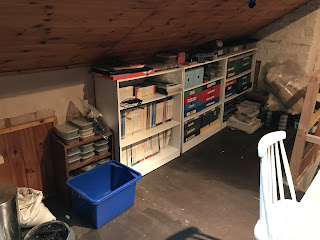 We've only lived in this house for two years, so I don't know why I haven't done this before. Yes I do: laziness...
Labels: board games Imperial Legion Science Fiction Star Wars