Do The Chicken Dance

In order to crush the rebel scum, the Imperials need a bit of heavy support and there's fewer things heavier at a tactical level than the All Terrain Scout Transport. Fantasy Flight Games released this model for Star Wars Legion and I knew I had to add one to my armoury. 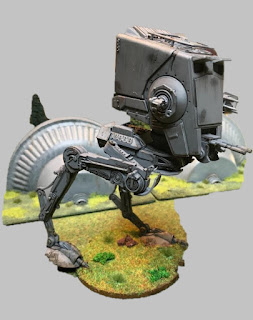 So, I did and I recently finished painting it. The model is really nice and full of crisp detail. The legs come in individual parts so you can set them as you like. I wanted mine to look like it's walking and this was easy to do. As for painting, I went with the typical Imperial Grey scheme and weathered it heavily with rust, grime and dark streaking all from Flory's Washes. I also chipped the vehicle, but it's not very apparent in these pictures, unfortunately. With the large flat panels, there isn't much else you can do with it really! 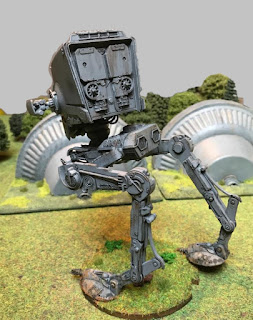 It is a large model and really towers over the battlefield, here it is with some Stormtroopers to give you an idea of the scale. I'm happy with how it turned out and can't wait to get it into a game. 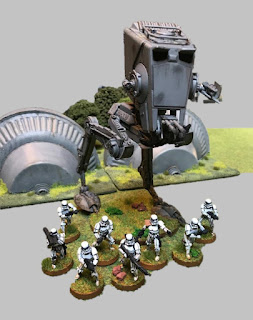 On the other side of the hill, I added another Rebel AT-RT to supplement their firepower. There's not much to play with in this kit without having to convert parts of it. To make it different from my other AT-RT, I did a quick head swap with the alien from the Rebel Troopers. 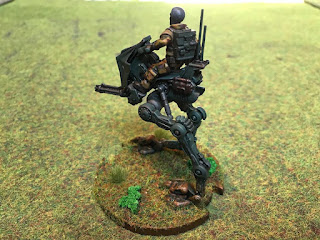 With two AT-RTs the rebels should now have enough firepower to take down the AT-ST! 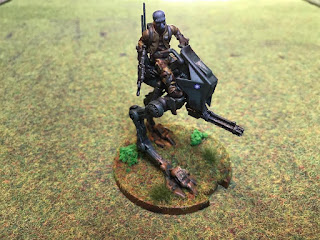 Both of these vehicles will add an extra dimension to our Legion games, so keep an eye out for AARs in the future featuring them!


I am selling some sets of Legion figures on EBay (cheaper than FGG, I might add!). They are all unpainted but come with the cards and tokens. I have a limited stock, so click the links below to see them: