He's No Good To Me Dead

One of the latest releases from Fantasy Flight Games for Star Wars Legion is their new Boba Fett operative. Without a doubt he's the coolest bounty hunter in the galaxy, but the pose FFG have given him is a bit lame. That besides, I had to add him to my Imperial Forces as an extra character. 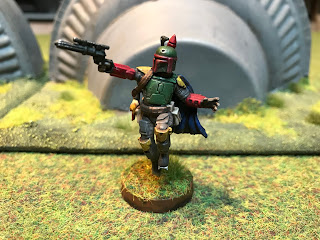 Boba comes with a few new abilities, including his heavy hitting jetpack missile and a bounty hunting card which allows him to claim a victory for defeating a commander amongst others! He should be a fun addition to the battlefield.

Speaking of battlefields, I was in Scotland recently for work checking out a site near RAF Leuchars. Whilst we were up there we stumbled on the remains of this bombing decoy bunker, still in a pretty good state. 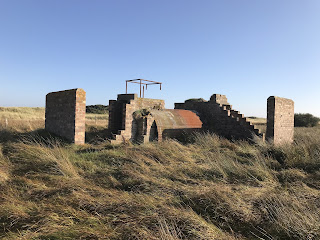 The interior was in very good condition, the wriggly tin barely had any rust, despite being battered by Scottish weather for seventy years. 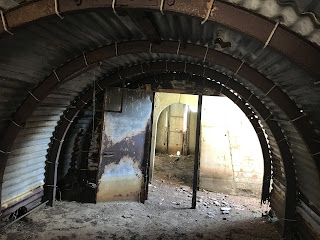 And close by, on the edge of the old airfield was the anti-tank defences, in the shape of these huge concrete blocks: 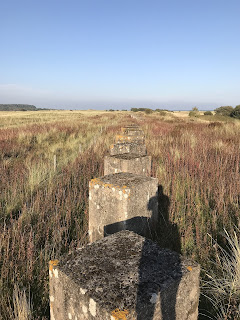 They stretched for miles and I was able to see that they seemed to have been made in place, but layering the concrete in shuttering as the lower portions set. 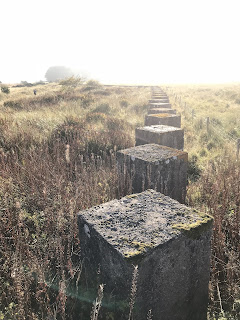 Closer to the beach area, we found a double row of dragon's teeth, in great condition. 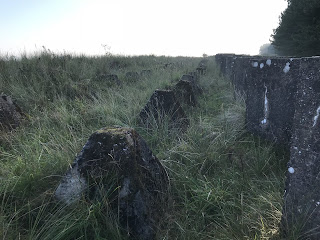 This was the first time I have seen dragon's teeth, so that was exciting and I hope these pictures may be helpful for people modelling these features for their gaming tables.
Labels: archaeology Fantasy Flight Games Legion Star Wars WW2