Final Units for Rommel in 3mm

I have been working towards finishing the Germans for Rommel for the 3mm project that I have also been working on (along with everything else!).

The first units I finished was the supporting artillery for the 3rd Panzer Divisions, 57th and 161st Infantry Divisions. 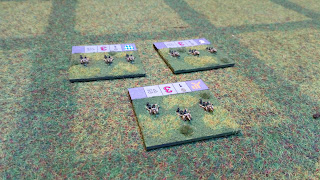 As with the others, they are from the Oddzial Osmy excellent range. The guns are the 10.5cm LeFH 18 field guns. The numbers on the base are the attack/defence value, barrage value and range. 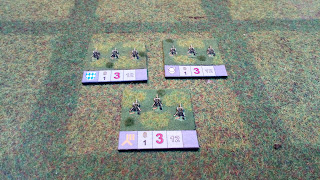 I next added a Battalion of infantry for the 3rd Panzer Division. 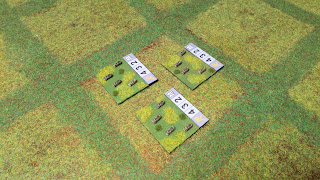 These are mounted in SDKFZ 251s and the M on the base indicates that they move at two squares instead of the foot soldiers who move at one square per turn. 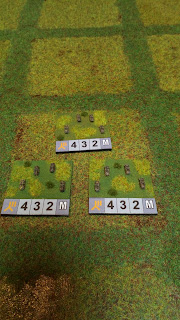 3rd Panzer Division was completed with the addition of Panzer Grenadiers in Opel Blitz trucks. I've used vehicles for units that move at two squares, rather than confuse matters by having infantry on a base. 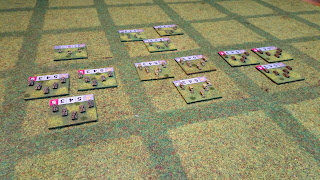 And the entire German force looks like this. This is three Divisions (3rd Panzer, 57th Infantry and 161st Infantry) with the addition of an independent heavy tank battalion (the 503rd). In total, it is a 100 point army. 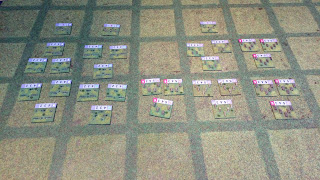 And finally for Rommel (at the moment), I bought some attack arrows made from MDF. I spray painted them in red and they will be used to show which unit it attacking which square. Given the high level of Rommel I think this adds to the aesthetic of the game. 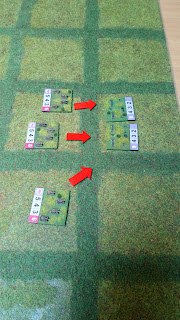 And in slightly different news, a couple of weeks ago I was involved with filming an Austrian TV documentary about the song 'Silent Night'. I was one of the Germans (on the right of the first picture) and it was supposed to be set in Christmas 1914 (hence the winter uniforms), although it was a blazing hot spring day! The following pictures are © 2018 Moonlake Entertainment Right Ltd. 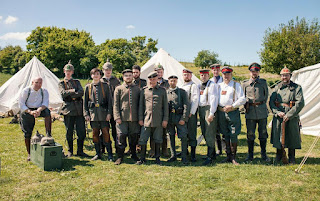 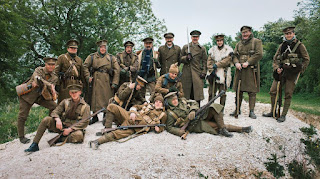 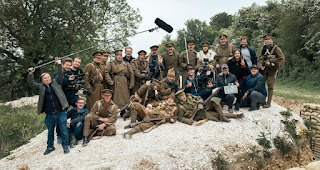 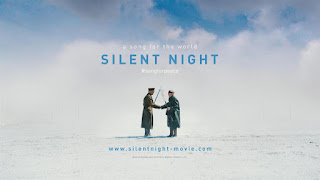 This blog will be quiet for a couple of weeks, as I am off to France on Monday for more digging at Bullecourt. Hopefully we'll find more tank parts!
Labels: 3mm Germans Infantry re-enactors Rommel Tanks WW1 WW2