Continuing on from Part One of this WIP, the next thing to do with the Albrecht Strasse building was the paint the exterior walls and the detailing. 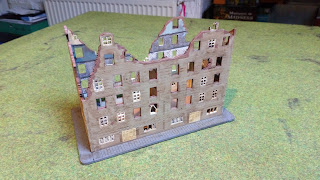 After blocking in the main colour, I painted the doors, window frames and brickwork. I then neatened these up with the basic wall colour and it was done pretty quickly. 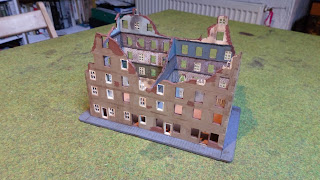 Then I began weathering the exterior, which started with an oil paint wash and finished with weathering powders. 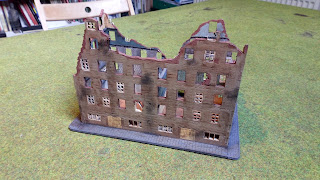 Just enough weathering to make it look battle damaged and in a poor state of repair. 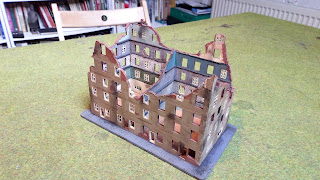 Once I sealed the model with varnish, I added the rubble to the interior and around the outside. 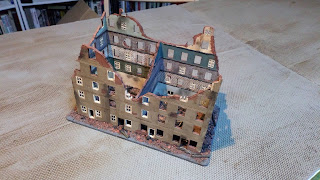 This was again, my premixed rubble, meaning I don't need to paint it! 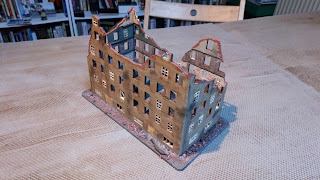 The final act was to add the broken beams, made from painted matchsticks. These were glued in with PVA and the whole thing was left to dry again. 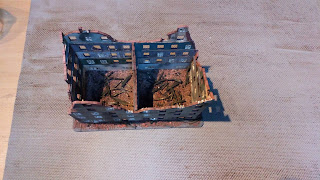 So another building has been finished in quick time, I now have one more Commission Figurines building waiting to be finished and I will have completed this batch of buildings. However, I have been eyeing up a large factory building on EBay for a long time...