I went to St Kilda for a work posting last week, but I got stuck on the island when the helicoptor was grounded due to high winds, so things have stalled a little. However, before I left I began work on another Commision Figurines building. This is the Albrecht Strasse building.
This time, instead of painting the interior, I used the 1940s wallpaper that Ninjasaurus Rex had created. This was simply a task of cutting the strips to the right height, sticking them to the MDF with PVA and then cutting out the individual windows. Also, I made a dividing wall from mounting card, which was also papered: 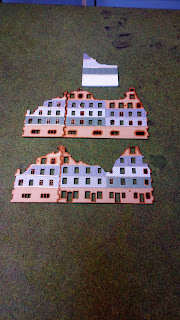 Next, I used matchstick to make the floor joists, but also used silver sand to represent the missing floors, where the beams would have sat. I left a few walls blank to paint as though they had been plastered. Then, I also painted the window frames and the details. 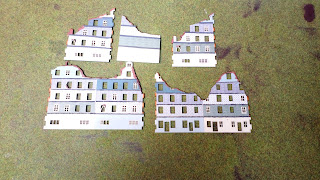 The final interior step was to weather the walls, I washed them with Burnt Umber oil piants thinned with White Spirits. I finally used weathering powders to add dirt and grime. Lastly, I glued the building together on its base and left it to dry. The, as I said, I had to leave for week, so this is how it looked when I left: 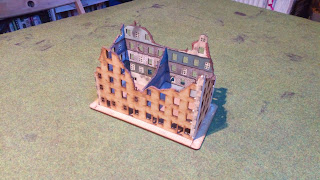 Whilst on St Kilda, I saw this 25lb Mark III 4" QF naval gun that had been emplaced on the island after a German U-Boat attack in 1918. 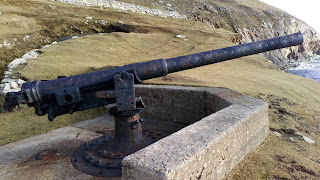 This is the ammo storage bunker attached to the gun position: 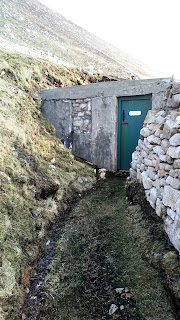 And the concrete anchoring post for the Marconi radio mast that the German U-Boat was trying to destroy: 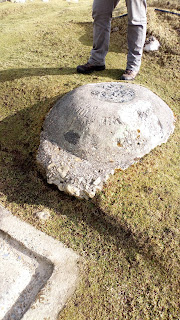 There are worse places to be trapped than St Kilda: 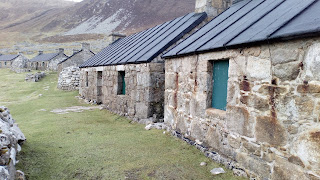