I was in Vienna again last weekend and this coming week I will be attempting to get to St Kilda again (should the weather be kind...). So, I have not really had a chance to get my teeth into anything solid, but I have not been lazy, so here's a mixed bag of things I have been up to:

First up, I have been contemplating how Stalingrad would work with Rommel, using its 1km square grids. So I found this German map of Stalingrad from June 1942 and overlaid a 1km grid over the city and surrounding areas. The city seems to sit perfectly in several squares with the Volga acting as a back line. Food for thought? 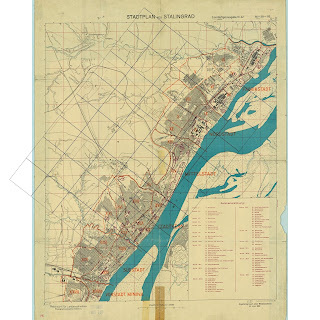 Speaking of Russia in WW2, I also quickly knocked together two spare KV-1 bodies from Zvezda (I think I gave the turrets to Dean). I drilled out the top of the tank and they will serve as wrecks or half finished tanks in a factory. 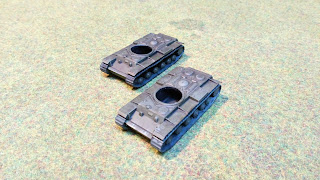 As mentioned, I was in Vienna last weekend visiting my wife. We had a great time, and I also spotted this mural commemorating the creation of Taborstraße in 1409, if my translation is correct. 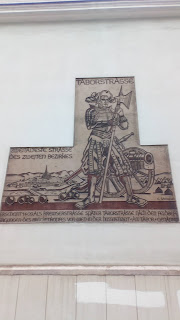 And finally, I have started work on the second of my new batch of Commission Figurines buildings, this time I am using wallpaper for the interior. More on this as it develops. 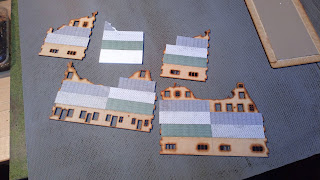 Watch this space and thanks for reading!
Labels: Rommel scenery Tanks WIP WW2