This weekend I called over the Dean and Laura's new house, where we had a game of Assault on Hoth, the classic Star Wars board game based on the Imperial attack on the Rebel base at Hoth. Dean has been working on a revamp of the original game using miniatures rather than the card pieces that the game originally came with.
He sourced some small AT-ATs, Snowspeeders, AT-STs and laser towers. The 6mm figures came from EMP's 6mm sci-fi range. At this scale they fit the role of Snowtroopers and Rebels perfectly. 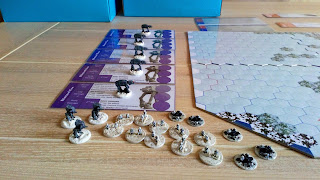 The game is a simple but extremely fun. Each turn is controlled by a deck of action cards, one of which is drawn and this dictates what unit(s) move or fire. So, as the walkers are slow and cumbersome, the snowspeeders get more movement cards in the deck to counter their firepower and strength. The snowspeeders have a special harpoon and tow cable attack which, if successful, instantly destroys a defending walker. Also, there is a deck of event cards with various bonuses for either side, five of which are Rebel transport away! cards. when these five have been drawn the Rebels win automatically. The Imperials win if they destroy the shield generator before this happens. The imperials can help themselves by destroying the small power supply which reduces the strength of the shield generator.I played the Imperials, Laura took the defending rebels and Dean umpired for us. 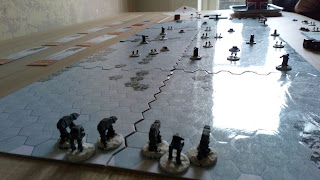 Admiral Ozzel came out of light-speed too close to the system. He is as clumsy as he is stupid. General, prepare your troops for a surface attack. 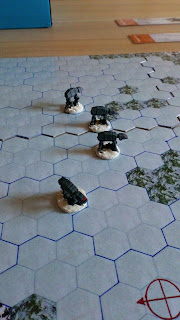 Their primary target will be the power generators. Prepare to open the shield. 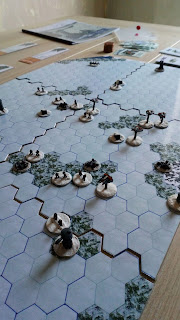 Imperial Walkers on the north ridge. 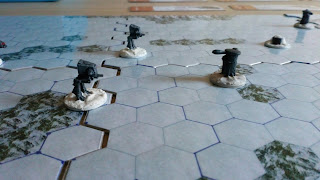 Right now I feel like I could take on the whole Empire myself. 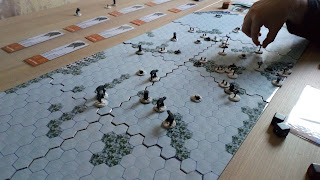 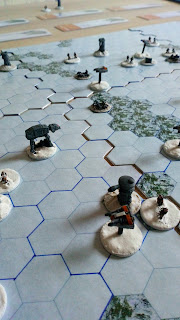 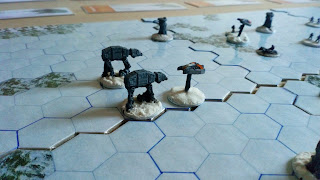 The first transport is away! 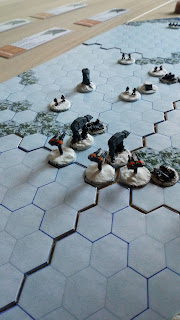 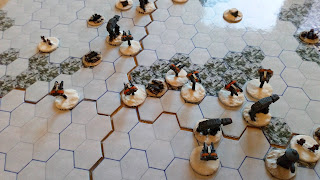 That armour's too strong for blasters. 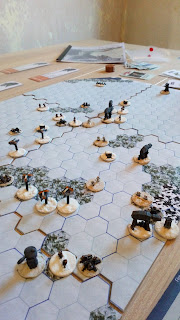 Rogue Group, use your harpoons and tow cables. Go for the legs. It might be our only chance of stopping them. 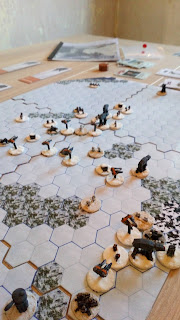 Luke, we've got a malfunction in fire control. I'll have to cut in the auxiliary. 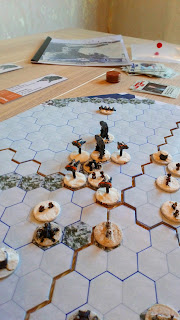 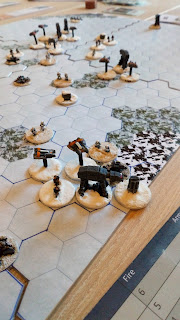 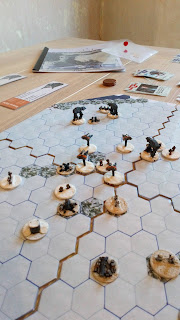 I don't think we can protect two transports at a time. 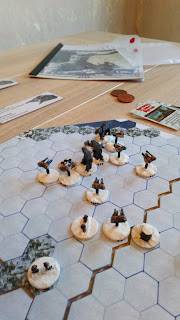 Yes, Lord Vader. I've reached the main power generator. The shield will be down in moments. You may start your landing. 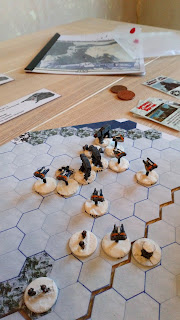 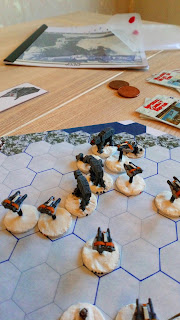 The Imperial walkers crushed the Rebel scum before the fourth transport got away! I had intended on destroying the power generator to help with reducing the strength of the shield generator itself, but in the end my superior firepower didn't need it. The key was to keep advancing and not get caught up fighting Rebel towers or troops and utilise the walker's superior armour and firepower to smash through.

It's the first time I've played the game in about twenty years, but it was still an excellent set up and play game. I really like what Dean had done with adding the figures and vehicles, it really added an extra dimension. it's worth buying if you see a cheap copy on Ebay or at a gaming convention.